My entire family gets a big kick out of Phil’s various food antics. In person, he is just as animated.

We watched the first three episodes last night. Just as good as ever.

I tried to add some info about the show using a spoiler alert, but it didn’t work. You’ll see for yourself.

LOVE this show. Watched 3 random shows yesterday. London was great. I have watched every episode of the other seasons many times each. Phil is just good for the soul.

As much as I love the show, this season included, I can’t help but think some of the faces he makes seemed forced, and wonder if he’s a bit over it. I was a bit troubled about not seeing his mom, and his explanation as well. But I still watch.

London in particular I will watch a few times, since like he says, I was never really that interested in the food at least, and had similar revelations, and I have reservations there this fall.

I’ve spent a lot of time in London and that is a common misperception. English food is no longer boiled meats and marmite. I really look forward to dining there each time I go. I nearly teared up at the Borough Market segment, my favorite place on earth.

Phil announced the death of his mother last October; but I wasn’t sure when he was filming. So far she has appeared in one that I saw. Sad.

Phil announced the death of his mother last October

Thank you for posting this. I never heard of the series. It looks like fun. I’m going o have to watch which will likely turn into a binge.

As I live close to London and eat there often, I was anxious to see where and what Phil ate on this episode. I must say whoever chose the list did a great job. It’s been terrible since the virus has us isolated not to be able to get to the Borough Market or Dishoom (a place I happened on in the first week they opened - now they have umpteen restaurants). I laughed to myself at how many of the people he was with are Jewish (like me), although that was never mentioned…Jay Rayner, Nigella Lawson, and I presume Lady Windsor is the same. I hope you get here this year.

I hope you get here this year.

Me too, although it’s not looking promising. We have a full day tour of Borough Market planned. Keep me updated about how things look “on the ground”. So often things portrayed as happening in California is a little skewed.

We’ve had one trip cancelled, and I doubt we’ll get to France either - scheduled for September.
Right now there is a 14 day quarantine supposed to start next week or so for anyone entering the UK. I think that will be changed, but who knows. One could gain 20 pounds with an entire day at Borough. BTW - I’m an American and my brother lives in CA. I’ll report any big changes.

I’ve watched this season too much, and now I am re-watching season one. So?

As I think one of my exes used to say, translated; “Stop hocking my cup!” I love the original Yiddish expression. It`s lots of letters.

I hope that was not offensive. I sort of miss New York. 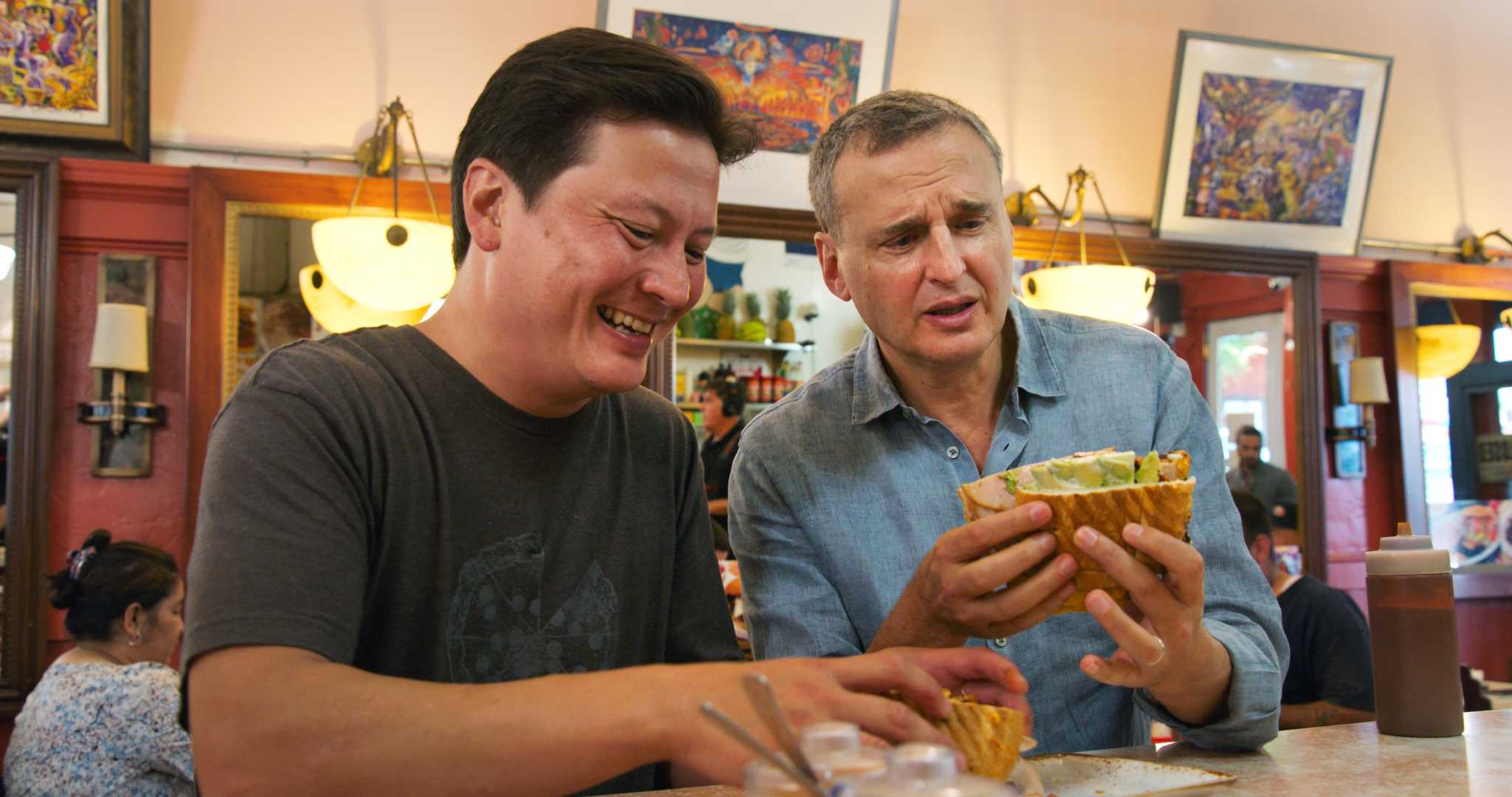 The fourth season of the Netflix travel docuseries


“Now, I don’t know when I’ll get to do it again. We finished filming in January. We got it in just under the wire. So there’s two things: I have no idea when the world will open back up again. None of us do. I would like to think that maybe in a year, we’ll get some semblance of normalcy”.
shrinkrap October 31, 2020, 6:17pm #14 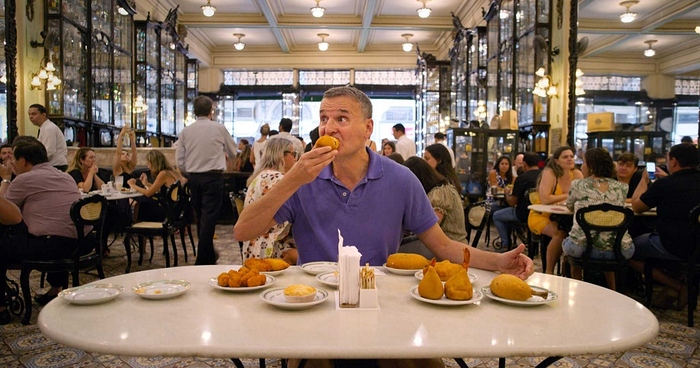 Netflix series ‘Somebody Feed Phil’ returns but is this end of the road?

The fourth season of the Netflix series takes host Phil Rosenthal from Hawaii to Rio but, given the pandemic, who knows what the future will hold. 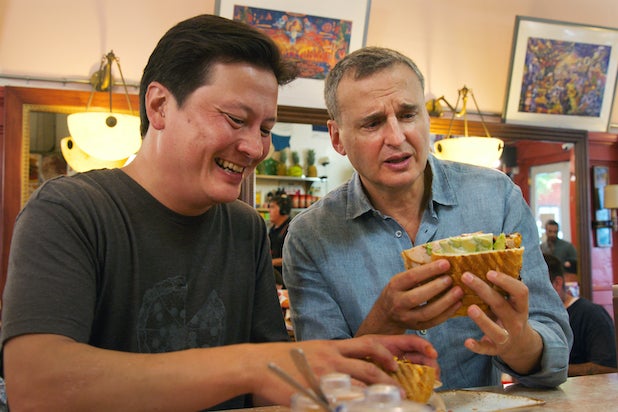 Phil Rosenthal on His First 'Somebody Feed Phil' Food Poisoning, Where He... 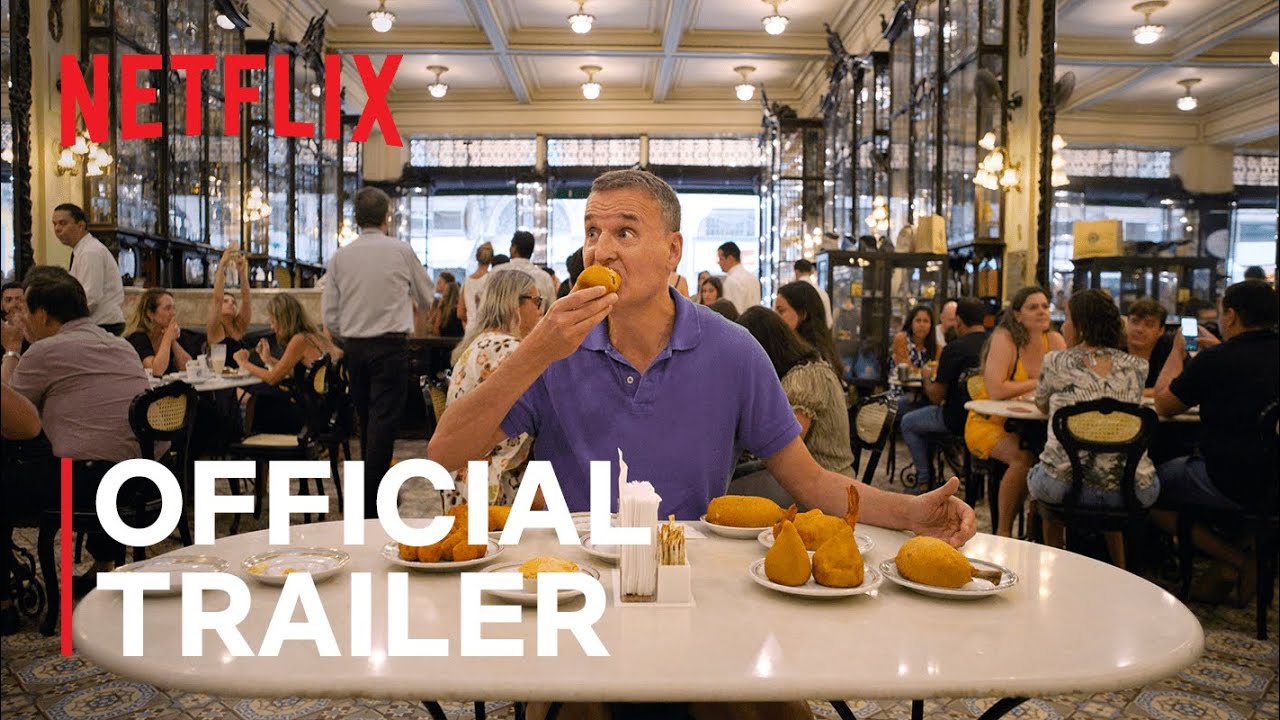 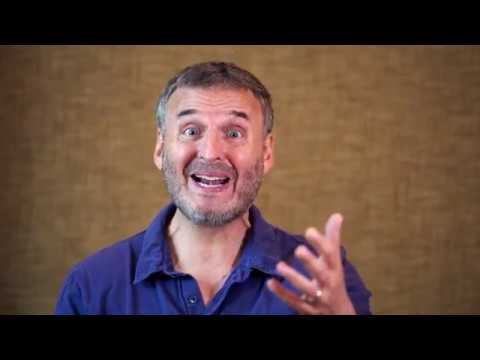 The San Francisco episode has Thomas Keller and his “empire”, and they talk about working together on Spanglish. I have not een that movie, and didn’t know it was “about a chef.” I’m going to add it tomy list. I’m watching. I didn’t know Max was no longer with us.