I’ve been a huge fan of Phil Rosenthal’s food programs, but I have to say that I’m not wild about the new season. I’ve watched two episodes so far, Philadelphia and Croatia. The food, as always, looks wonderful, but Phil seems to be acting much more silly and cutesy than in past seasons. I’m not loving his mugging, dancing, giggling, etc. What do you think? I’m sad because I used to look forward to his show.

I found his shtick really off-putting initially, then it eventually grew on me. I’ve only watchd the Philly episode from the new season, and it didn’t seem out of the ordinary to me. I don’t “get” RTM, having visited many times, but I’ve been to Kalaya and can attest to their ridic great food, the dumplings in particular. I found Zahav too salty both times I went.

Phil Rosenthal is an acquired taste. You either like him or you don’t. What’s been bothering me about the new season is that he seems to be trying to cram two shows of places into one show. Not really getting into as much of each as he used to. Just me, maybe.

I found his shtick really off-putting initially, then it eventually grew on me.

Me too. He’s having a good time, enjoying the food and people. We should all be so happy.

As much as I love the show, this season included, I can’t help but think some of the faces he makes seemed forced, and wonder if he’s a bit over it. I was a bit troubled about not seeing his mom, and his explanation as well. But I still watch. London in particular I will watch a few times, since like he says, I was never really that interested in the food at least, and had similar revelations, and I have reservations there this fall. What to do?

Still beats “Triple D”, but I was worried that he might not be enjoying it as much that season.

I find his enthusiasm generally infectious and it’s nice having an uncompromisingly positive show to hit up these days (it hits much the same target for me as Great British Baking Show).

I think Feed Phil did lose something when his folks died. I appreciate him bringing in his comic friends but it seems like they’re trying to make up for something that can’t easily be done. 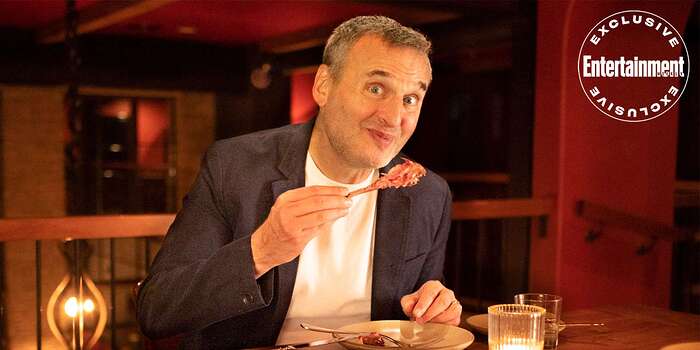 Phil makes me happy. I watched the first of the new season last night. He’s a silly, fun escape for an hour, and now I want to go to Philadelphia.