So many cast iron cookbooks?

I was at my local bookstore and the cookbook section really caught my eyes. I noticed there were many beautiful cookbooks for cast iron, like these: 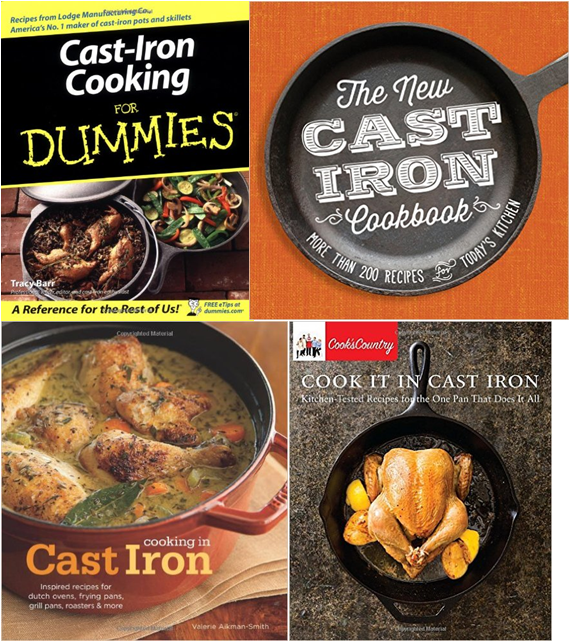 As I was admiring the beautiful cast iron photos, an odd question came over me: why are there so many cookbooks with a cast iron theme?

My guess is that cast iron cookware have this “good old day” romantic association with it, and these cookbooks are driven by culture and attitude. This is just my guess.

why are there so many tweets #(politician)?

cast iron does certain cooking tasks better that other materials.

when there was no other pot material available, cast iron was the best. by default, but none of the authors seeking to make a couple million mention that.

If you didn’t grow up using cast iron it may well have been presented to you as fiddly and difficult. “I can’t deal with trying to maintain the seasoning - how can I cook with a pan I can’t clean with detergent? I’m not going to just WIPE OFF a dirty pan!” etc. etc. Plus as you know there is the whole collector thing.

Also braising as a cooking technique has also become more, I hate to say fashionable, but let’s just say, CURRENT in recent years so many cooks who have previously been more interested in grilling and sauteeing and stir-frying are expanding their repertoire of techniques.

cast iron does certain cooking tasks better that other materials.

True, but other materials are better for other tasks as well. It is not like we see a lot of cookbooks written for stainless steel cladded cookware or even Copper cookware.

Plus as you know there is the whole collector thing.

Good point. I haven’t thought of that one.