New Monmouth Cty BBQ alert. Smokehouse Grille in Wall (the former Stewarts spot on Rt. 33 E near the Rt. 34/33 circle) opened this past weekend. The renovated Stewarts space looks really nice. Smoker on site. Stopped in for just a taste of a few items - brisket (advertised as Texas style), sausage link and pulled chicken, mac & cheese and corn bread. I’m no BBQ expert, but the brisket was tasty and the best of what we sampled. The pulled chicken at Local Smoke is superior (it’s also my favorite item on Local Smoke’s menu). The mac & cheese was above average. For now, the menu items are meats by the pound and a few sandwiches. No combo plates, but was told that may be coming, as well as burnt ends. The restaurant has maintained some type of licensing/franchise agreement with Stewarts. The Stewarts name is on the store sign and not only is Stewarts root beer in a frosted mug available, there is a limited Stewarts food menu on offer. There are also a dozen or so hot dogs available (each with different toppings). As this is now my closest to home bbq option, I’m sure to sample more of the menu.

Interesting. It is cool to see another BBQ spot. More competition is better for us. How would you compare this to JSBBQ?

This is awesome… I just drove by this place yesterday on my way home from the outlets. I was just wondering if this is place is a legit BBQ joint.
Log into HO today, click on the new topic and got the answer.

I don’t know nothing about them but this is a good deal while it lasts! Someone take advantage of it and report back!! 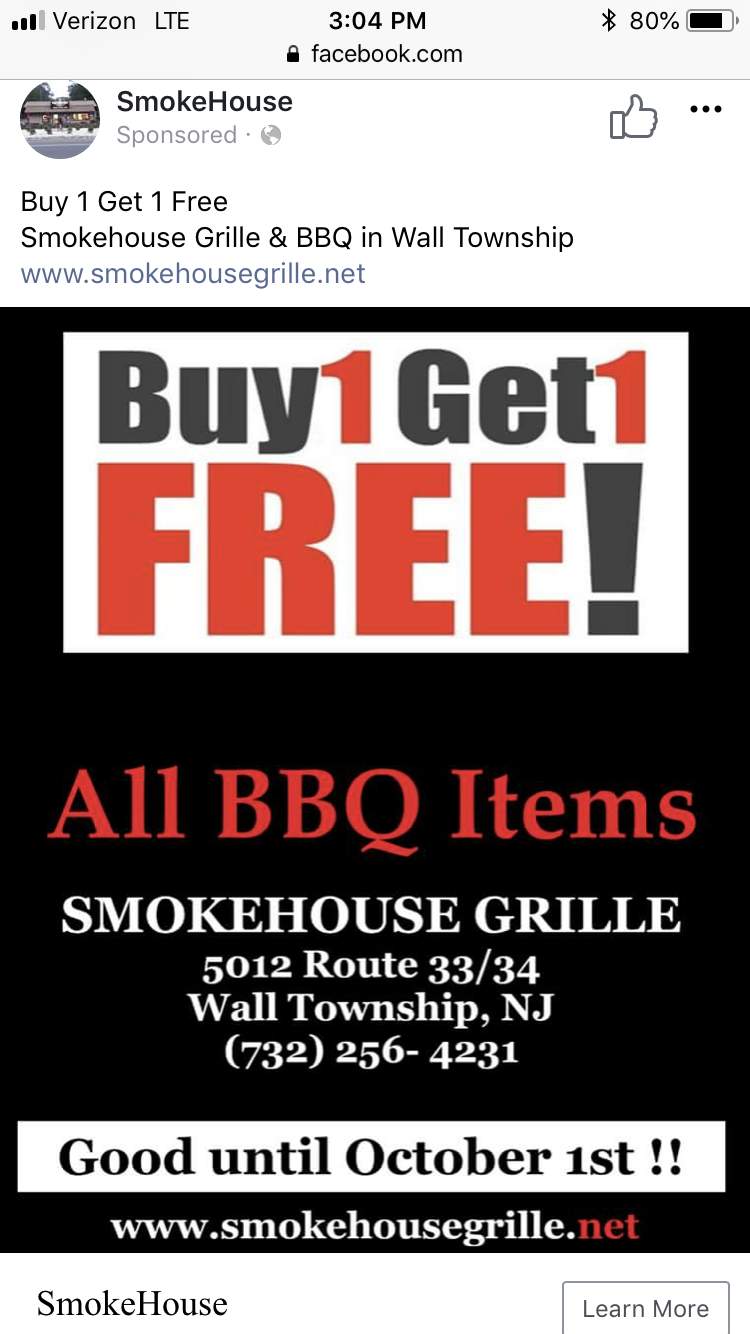 Thinking about it, is this the old Stewart’s location? I thought someone posted it closed?

my bad!!! I will merge the two. Thanks for the heads up.

I drove by here this morning and I think I might have to give it a shot.

Jr do you have any details on the special? Do you print it out or use your phone, take out or dine in? Sorry if i missed the details.

If anyone wants to splits 2 pounds of brisket this upcoming week, let me know. Lol. 10 for a pound of smoked brisket is a great deal.

Sorry I don’t have any other details.

So I decided to stop by last night after work. They have nice new tables and umbrellas set up on an outside patio. The only downside was rush hour traffic zipping by. That and the humidity in October! (When will fall be here?!) So I opted to sit inside. 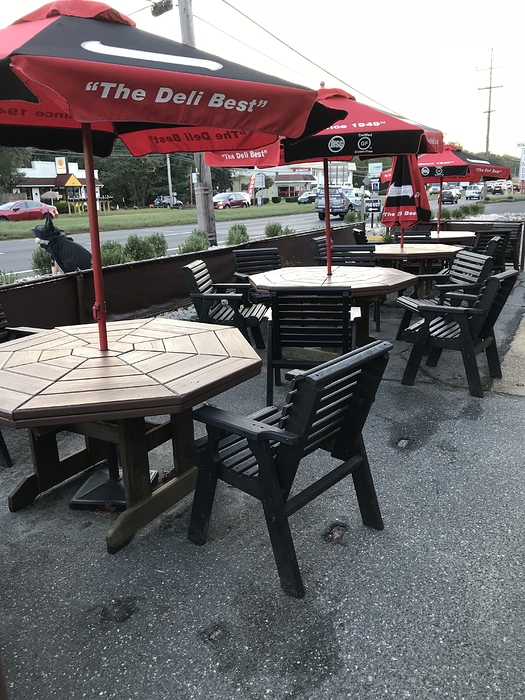 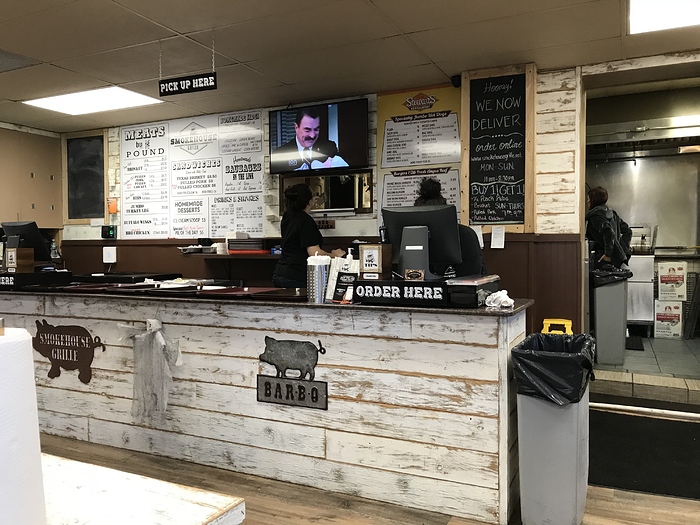 All meat is sold by the pound, or fraction of a pound. I got 1/4 pound of brisket, 1 regular sausage, corn bread, macaroni and cheese, collard greens and smoked baked beans.

I was able to talk with the chef/manager, who is Scottish. Also, the owner Bobby. They are using an indoor smoker, and cook their brisket using a Texas rub for around 16 hours. They are smoking whole briskets. I asked for point cut, but they were on the final brisket of the day and only had flat left. While I was waiting, the manager brought me a taste of the brisket to sample. It was moist, tender and delicious. And the slices in my meal were just as good.

The menu states that the sausage is homemade, but they are really buying if from a purveyor. You have a choice of regular or spicy. I chose the regular. It was grilled really nicely. I like a little char on my sausages. It was good.

On to the sides. First was the corn bread. Let me state that I am a carboholic. I LOVE this corn bread. It was more of a Northern version, with a bit of sweetness. And it was so incredibly light, almost like a fine cake texture. It was hot, moist, sweet and delicious. Did I mention how much I love their corn bread?! 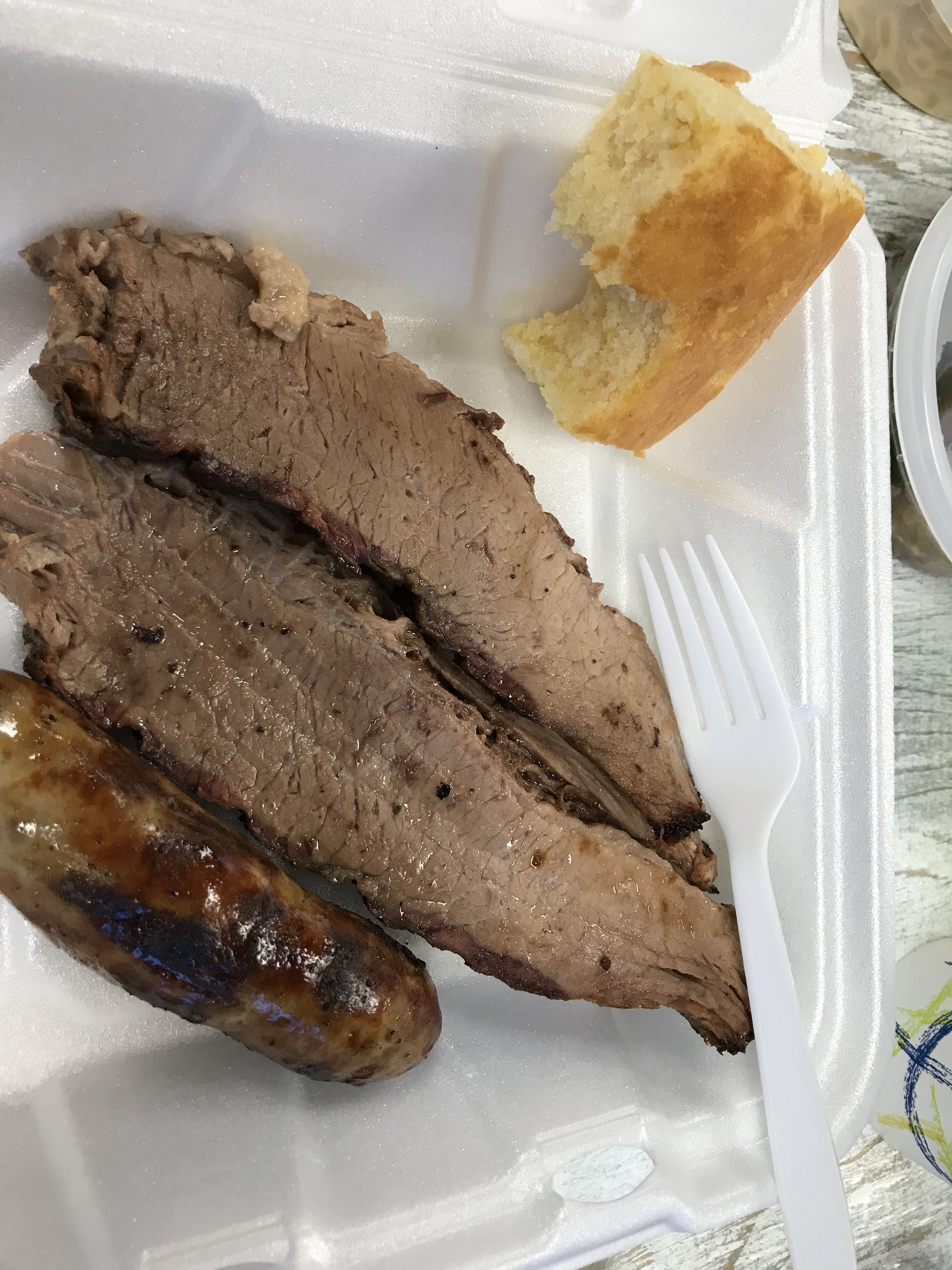 My least favorite side was the macaroni and cheese. Let me temper that statement by saying that I don’t like many, so I feel I am hyper critical. I like a more saucy mix, and this wasn’t that style. Bobby stated that they had made it more saucy when they first opened, but it wasn’t well received by customers. And for me, it also didn’t have enough of a cheesy flavor. But then, I’ll reject 90% of the mac and cheeses I order, so keep that in mind. 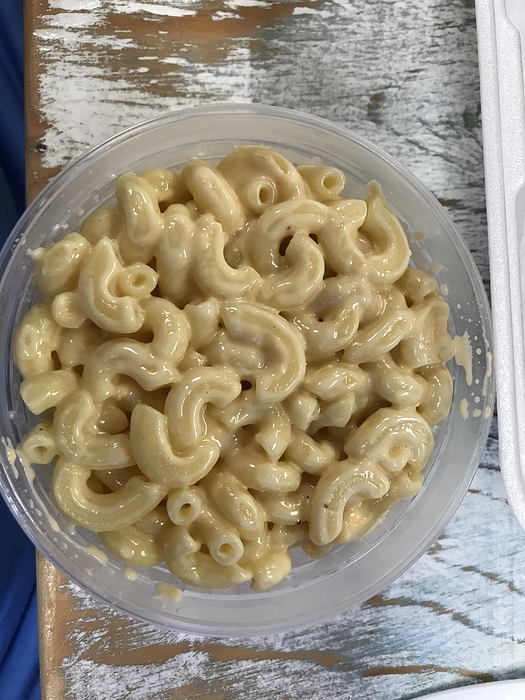 The collard greens had smoked turkey in them. Delicious, vegetal and meaty! 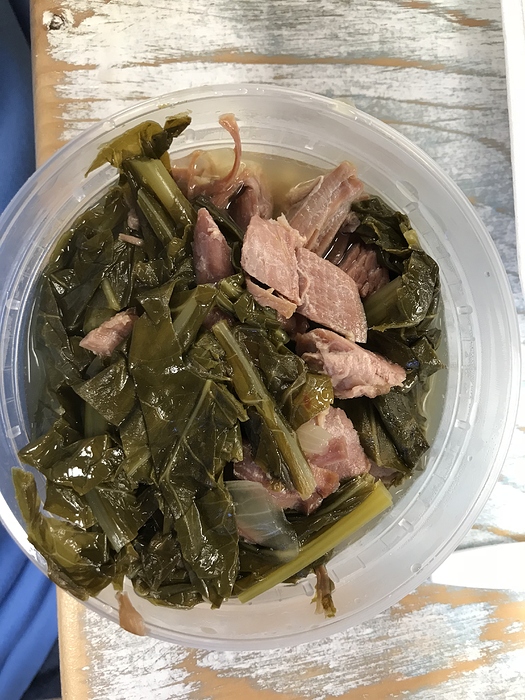 Finally I had the smoked baked beans. They had bacon in them. I really didn’t taste any smoke. But they were good. I might add a little barbeque sauce to zip them up a bit. 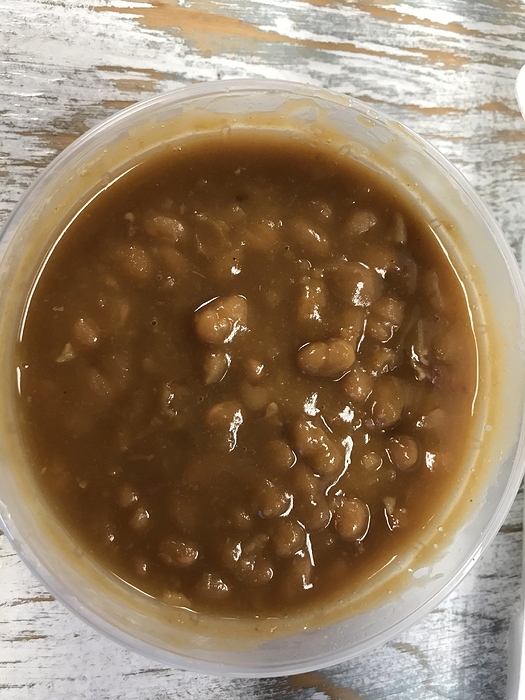 They did have what looked like to be a mustard based barbeque sauce, along with three other ketchup based sauces. The two I tried (not the mustard) were good. One was a little more zippy than the other and both had a little bit of heat on the back end.

There was no way I could eat all of the food I ordered, so I asked for it to go, but ate it there. It just made it easier to pack it up and take it home. And in the spirit of discovery, I decided to take home the dessert special. It was a peach pound cake cobbler. Full disclosure, the owner gave it to me on the house. I guess I kind of talked his ear off about what they were doing. It’s made by someone he knows and then they bake it and sell it. It smelled wonderful, but I was just too stuffed to try it last night. It’s in the fridge, and I’ll reheat it and top it with some vanilla ice cream as they recommended.

The food was very tasty. They had a stream of customers, most of them doing takeout. Only one other table ate in like me. The owner recommended I try the ribs next time, and I will be back to do just that!

Nice report and pics. That corn bread sounds great! I like when you bite into it and it doesnt crumble at all.

How did you know the sausage was not homemade and did they smoke them?

Ps, did they happen to say what kind of wood they use on the meats?

I specifically asked if they made the sausage on site, or if it was their own recipe made by someone else. She said it’s a commercial product. I didn’t ask if they smoked them or not.

I didn’t ask what type of wood they used.

And the corn bread was amazing!

Did anything replace the Perkins in Wall Twp that closed?

Not yet, still empty.

I don’t know if they were owned by the same people or if it was a corporate move, but the one on the AP circle and the one near Mossuto’s are both closed.

I didn’t know Neptune Perkins closed, but found several newspaper stories about it online. The owners retired. It’s still listed on the Perkins website only showing that its hours Monday - Sunday are “closed.” Maybe they are looking to get another franchisee to come in.

The sign said 1968 - 2018 I was really surprised they couldn’t sell it, unless lack of business is what forced the retirement. The one on 35 in Eatotown across from Fort Monmouth closed as well.

Two of Staten Island’s three Perkins have closed and been converted to Dennys. The remaining one will do the same.

My friend is there now. They have all you can eat ribs for 15 bucks. I’ll try to get a report.

And fwiw, friends of mine have been and really liked it–and they’re huge Local Smoke fans.