Question for those who have a slot toaster oven, are there any inherent advantages to it that a toaster oven lacks?

It would seem a slot toaster oven is superfluous as it is a one-trick pony vis-a-vis a toaster oven that is multi-purposed – being able to toast, bake, broil, keep warm, etc.

I had both. Slot toaster for the win . If just toasting bread. Best to have both

I have a slot toaster and no toaster oven, so I can’t compare.

For toast alone, it’s pretty hard to beat my Toastmaster 1B14, which is just like the one my family had when I was a kid. It was made in 1949 and still has its original fabric cord and nichrome elements. That thing is built like a tank. When I got it some years ago (used, from an appliance repair guy), I dropped it on my foot and almost broke it – my foot that is, not the toaster, which was intact even after bouncing onto concrete. Nice styling and bakelite handles as well.

Anyway, it doesn’t handle anything thicker than regular sliced bread, but does a fine job with that, making the outsides evenly browned and crisp, with a tender, not dried-out middle. Looks like this: 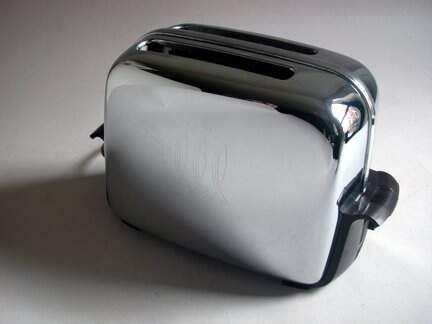 My toaster oven is more versatile, but it’s a lot slower and tends to dry out regular toast.

I held out for both for a long time, but finally went with two ovens: a “toaster,” and a larger “roaster,” Part of the reason was that I switched away from conventional toasting bread to English muffins and bagels–learned how to make adjustments when I did bread.

Whilst toaster ovens are available in the UK, they don’t seem to be popular - I don’t know anyone who has one, whereas most kitchens I can think of have a slot toaster. Most people will have a conventional oven so I’m not sure what benefit having a toaster oven would be. Presumably, it would be a benefit to someone who might not have kitchen space for a full oven.

Never been to the U.K. but notice that in your TV shows and films, people eat a lot more toast, even dry toast, than Americans do. Or until recently, anyway, when avocado toast became all the rage with the carriage trade.

Toaster oven is a misnomer. They bake, top-brown, broil…but do a crappy job with toast. By the time the top side is brown, the underside is dried out but the only brown part is the charred stripes where the rack made contact with the bread. So you flip the bread over and the finished slice has a scorched underside.

You could use the tray on the rack but you’d still need to keep constant watch on the first side, then flip the bread over. Toasters are inexpensive. When not in use, mine lives atop the fridge, under a quilted cover to keep it clean.

I had a Hamilton Beach model that an awesome job with toast (and pizza and small pans of brownies).

I upgraded to an InstaPot air fryer/toaster/mini oven and have been pleasantly surprised at how well it does everything.

The toast is slightly uneven from one side to the other, bit both sides are brown and it’s not just warm, dried-out bread

people eat a lot more toast, even dry toast, than Americans do.

Dinner - with pate, as a starter.

Man cannot live by toast alone but it’s worth a try.

I saw the film version of Toast. All your uses, I can understand. But straight from the toaster, dry… that’s nausea recovery food. 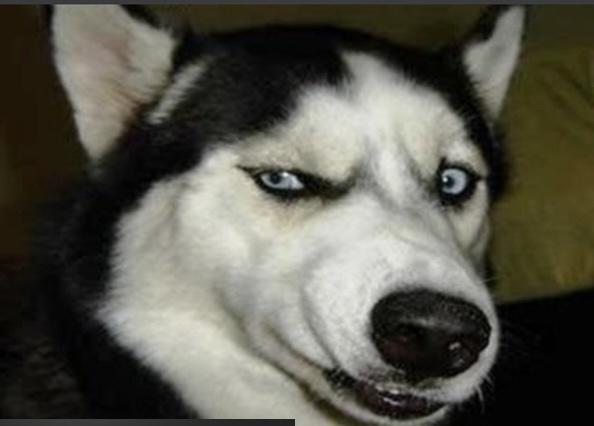 And just plain weird to my mind

I like our Hamilton Beach toaster/toaster oven. I like the fact I can toast a large slice of sourdough and make toasted cheese samis without heating up the entire kitchen. It serves us well, no complaints.

I remember being given the chore of ‘polishing’ the toaster with that awful pink appliance wax of yore. Our toaster, similar in appearance to yours, was gleamin’.

I fired my SMEG and use a countertop oven for toast. It actually does a nice job but very slowly….

I’ve had many toaster ovens over the years and none of them made toast as even or fast as a slot toaster… “until” I discovered the Panasonic Flash Express. Super fast and consistent with toast, garlic bread, fries, pizza, anything you want to crisp up.

I’ve had both slot and oven types (and still have a quite large oven gathering dust in an out of the way corner of the kitchen). Both of the ovens (the existing and an older, smaller one) had elements to heat from both the top and the bottom so I didn’t have the issues Erica mentions with single-sidedness.

For toasting of bread/bagel/English muffins, I much prefer the slot toaster. Even my current one, which I nominated as my “Worst Kitchen Appliance” in that other thread (slow and uneven, I got a “lemon”). The oven-types were just too slow, even despite heating from top/bottom.

The big one I still have formerly got a lot of use when I only had one oven and needed to bake two items at incompatibly different temperatures. Now that I’ve had a double oven these last … gosh, has it been gathering dust for 10 years?.. anyway, I really don’t need it. I should verify it still works, clean it up and donate it.

My 1938 Toastmaster “Model 1B8” makes far superior toast to any toaster oven I have ever owned. 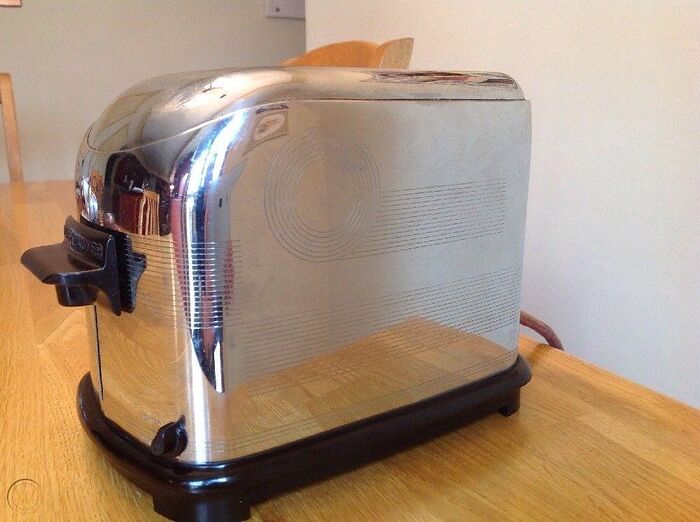 I have both a gas range with a large oven and a toaster oven.

The toaster oven is convenient for roasting small batches of vegetables, nuts, warming leftovers, melting cheese on slices of bread, etc. It preheats more quickly and doesn’t heat up the kitchen as much.

I don’t have a slot toaster.