I finally got to try the cooking of legendary Singapore-Eurasian chef, Damian D’Silva, last Saturday. It was at the 3-month-old Folklore restaurant which serves what it calls “heritage Singapore” cuisine, drawing from its diverse communities of Eurasians (descendants of mixed marriages between early Portuguese, Dutch & British settlers in Malaya with local Indians, Malays & Chinese), Nyonya (also known as Peranakan, a four-centuries-old fusion cuisine of Chinese and Indonesian/Malay/Thai), plus many other dishes which came about as a result of cross-cultural influences which we in Singapore sometimes tend to take pretty much for granted.

I missed Chef Damian D’Silva in his previous restaurants like Soul Kitchen in Purvis Street (2002-05) and Immigrants on Joo Chiat Road (2012-15) as my job at the time frequently takes me out of Singapore for long periods of time, and my time back home were usually occupied with other activities rather than eating out. So, I’d always deferred intended visits to Damian D’Silva’s food ventures till it was too late. These misses also included his hawker stalls like Big D’s Grill, first in Bedok South, and then at Holland Drive (2008-10), as well as the short-lived Timbre+ in Ayer Rajah Crescent (2016).

The man’s reputation for constant failed business ventures is perhaps as famous as his cooking prowess.

So much so that I couldn’t believe my luck when I finally got to sit down at a table inside Folklore last Saturday evening, in anticipation of a Damian D’Silva meal. The wait was long, as Damian D’Silva has his legion of loyal fans. When the food came, though, they certainly don’t disappoint - Chef Damian D’Silva is a master in creating the perfect balance of flavours and textures in all the dishes he cooked. 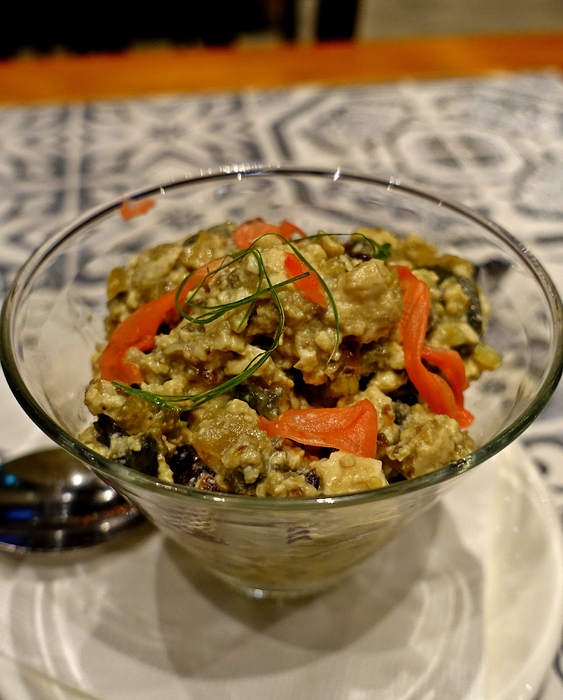 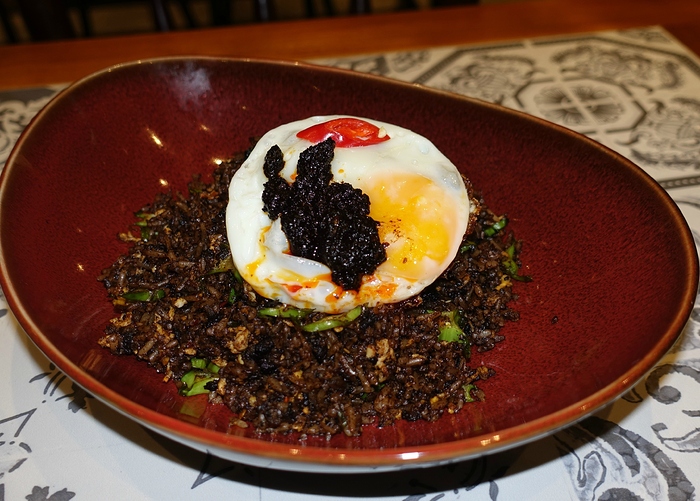 The fried rice was topped with an egg, fried sunny-side up and a dollop of minced, spiced buah keluak flesh. 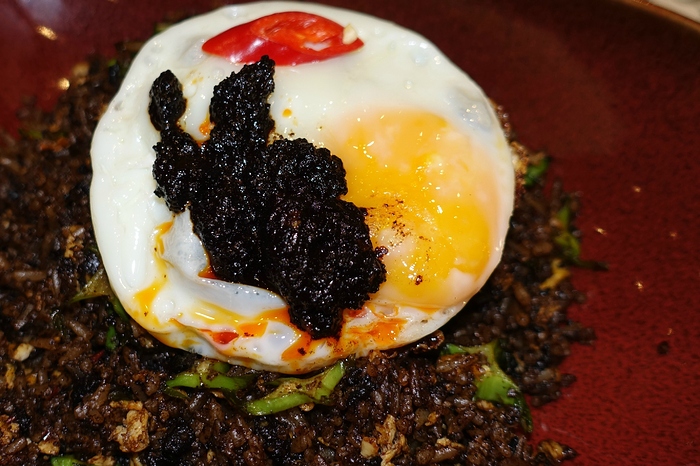 Although I miss the usual “fish steaks in light stew” version of the Singgang, Chef Damian’s boneless mince was very distinctive and tasty all the same - an amazing achievement for a dish that looked like baby-food at first glance. Variations on a theme is acceptable in Eurasian culinary culture as, traditionally, each Eurasian family has its own recipe for a certain dish, and proudly defends it. On the flipside, it also explains why Eurasian restaurants in Singapore & Malaysia could not survive for long - its Eurasian customers would inadvertently complain that the food “is not authentic” or “not like what my mum cooks”. 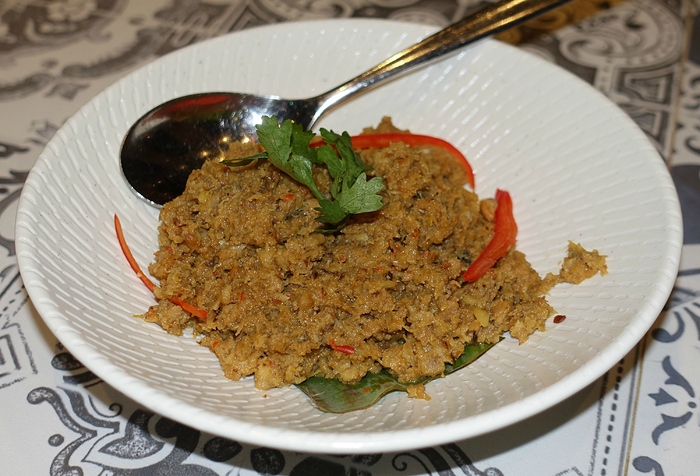 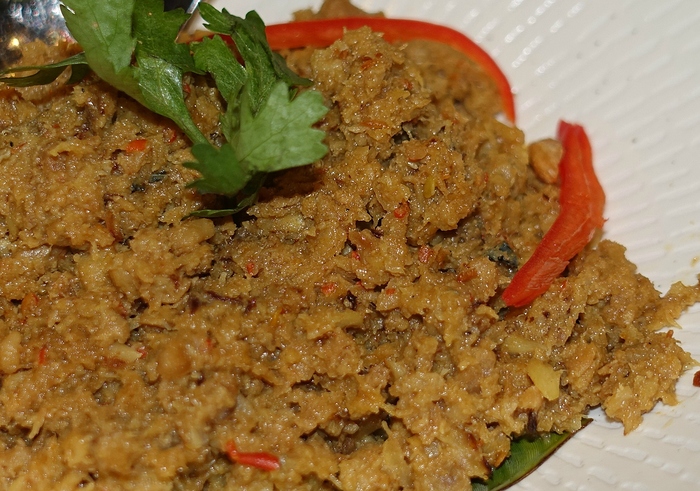 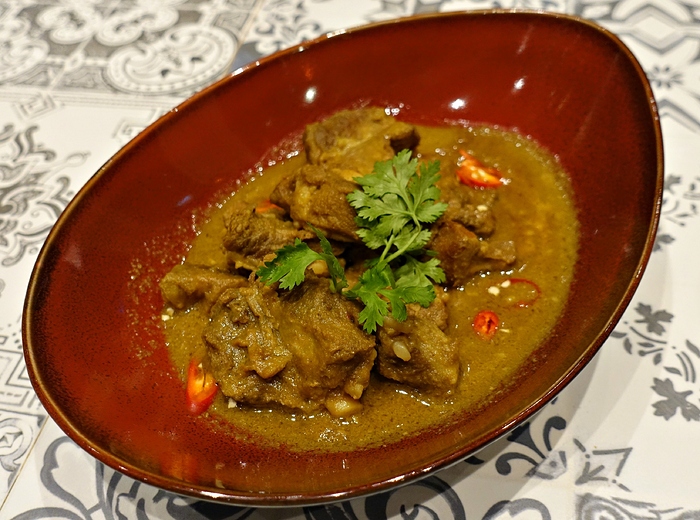 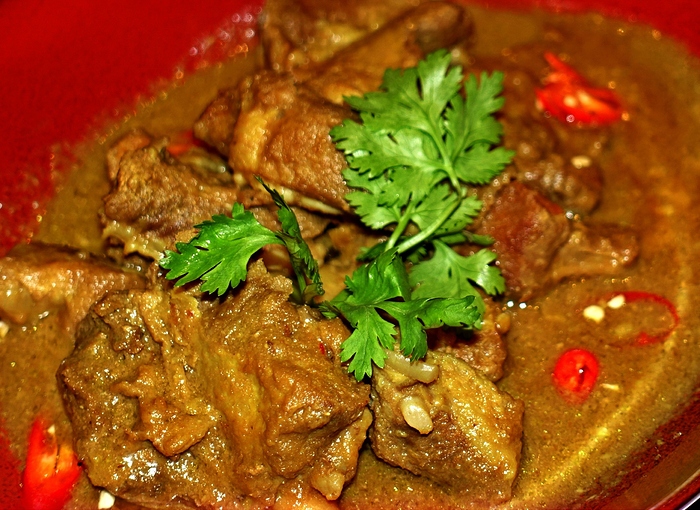 Folklore Restaurant is part of the new Destination Singapore Hotel on Beach Road. Try avoiding peak meal times, and especially on weekends, as the place can get really packed at the moment. Singaporeans love trying out new places, and 3-month-old Folklore is currently seeing very high volumes of diners each meal-time. Irregardless, the dishes churned out were impeccable. 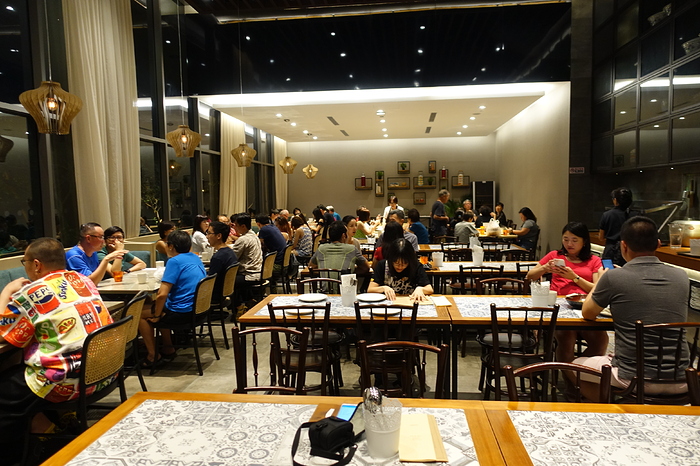 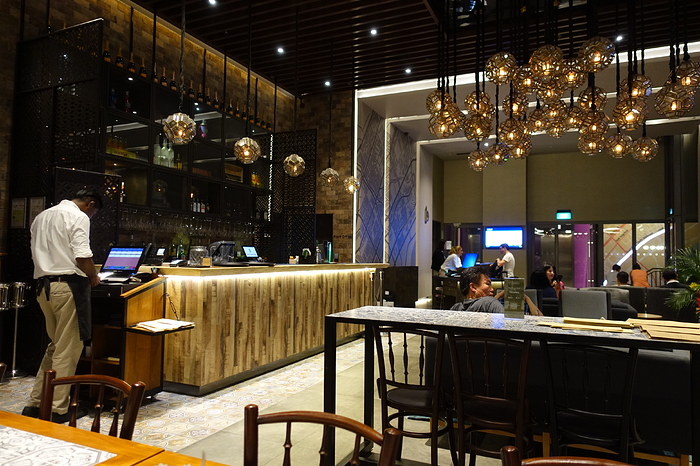 Peter, I am actually in Singapore for the next 3 weeks. I look forward to trying this restaurant.

That’s cool. Do let me know what you think.

Eurasian restaurants have always struggled to survive in Singapore - because Eurasian cooking differs from household to household, so the biggest critics of a Eurasian restaurant tend to be the Eurasians themselves. That’s why good Eurasian restaurants in Singapore I’d seen in the past 20-30 years are all gone: Casa Bom Vento (when the legendary late Eurasian chef Robin Pereira was cooking in its original East Coast Rd location, not the Joo Chiat Rd incarnation), Kristang on Orchard Rd, Sandrina’s Kitchen at Lagoon Food Centre, Sylvia’s Delight in Serangoon Gardens and The Eurasian Settlement in Katong.

Back to Folklore again last Monday for lunch. Besides the unmissable Sambal Buah Keluak Fried Rice, which is a must-order (pictured below), we had some really incredible-tasting desserts which must surely rank as among the best which Singapore has to offer. 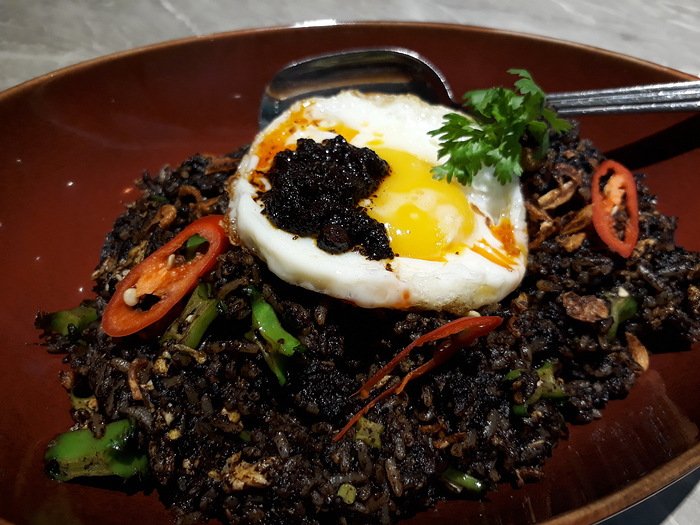 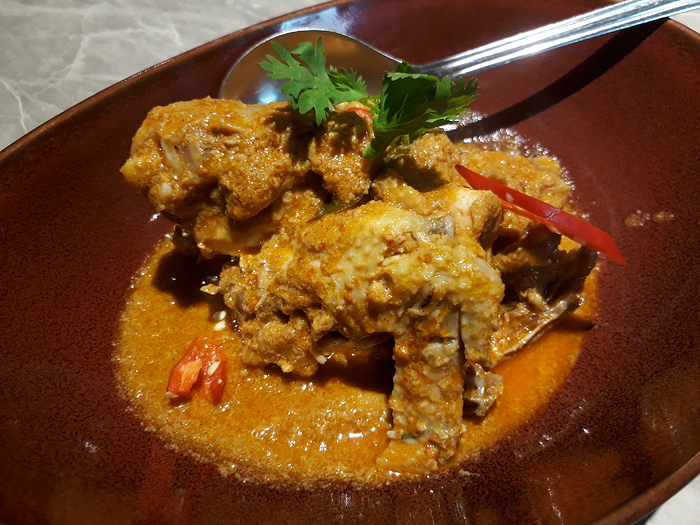 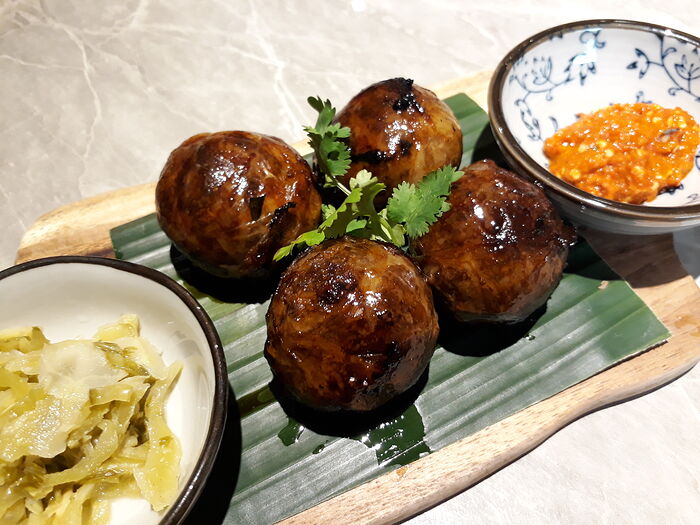 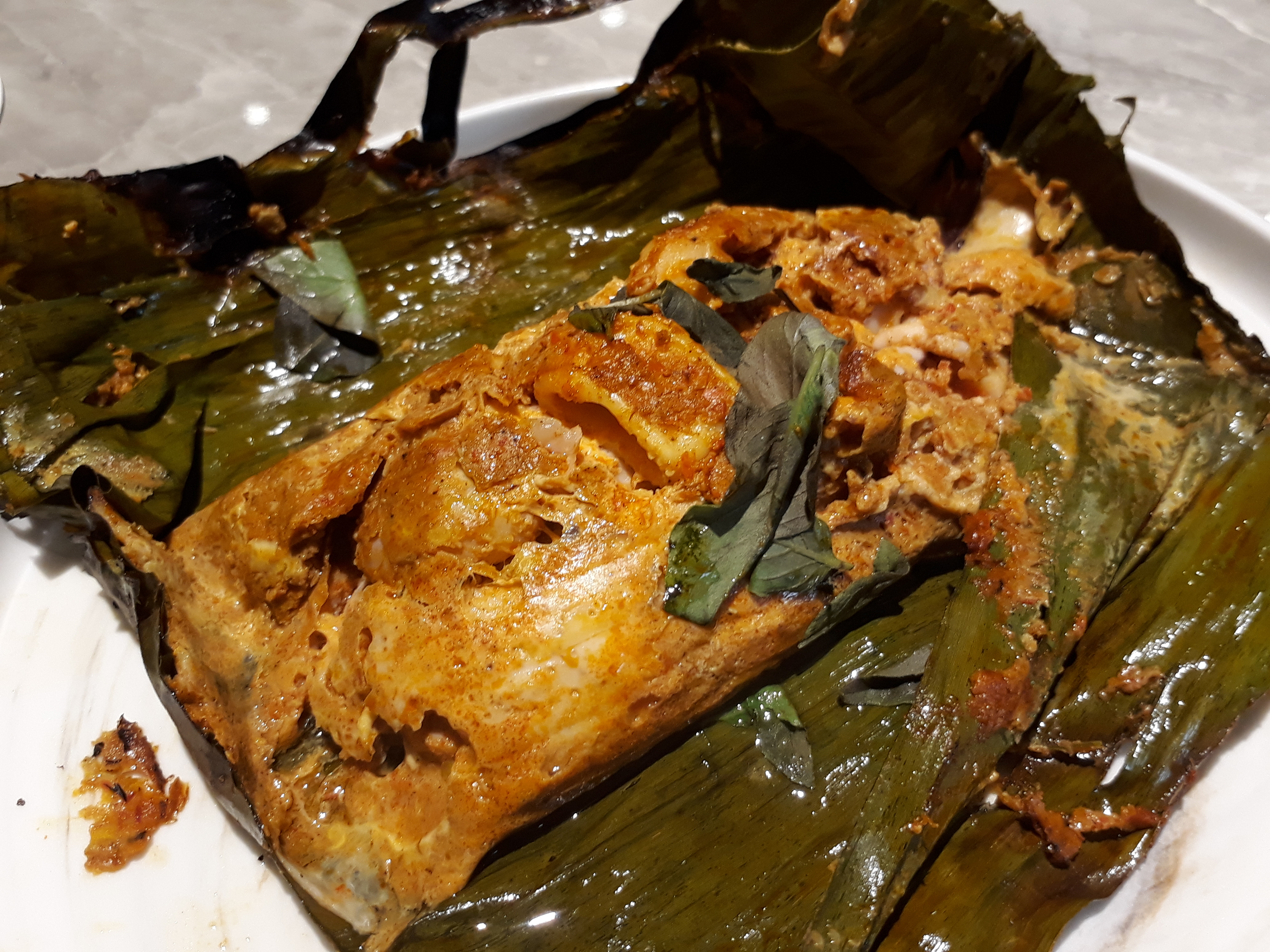 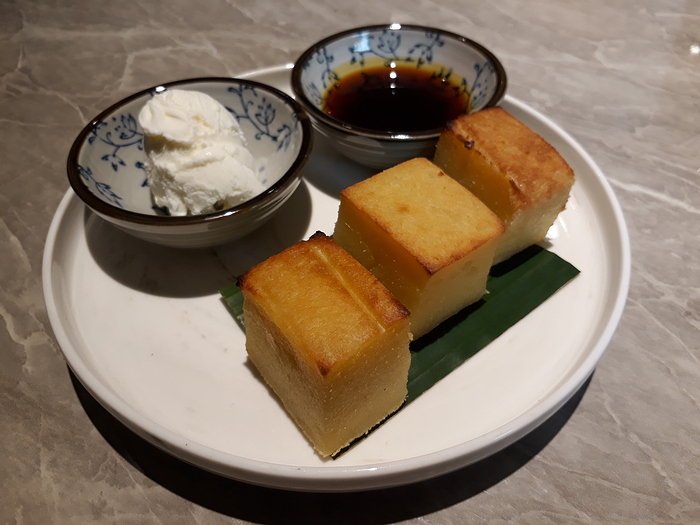 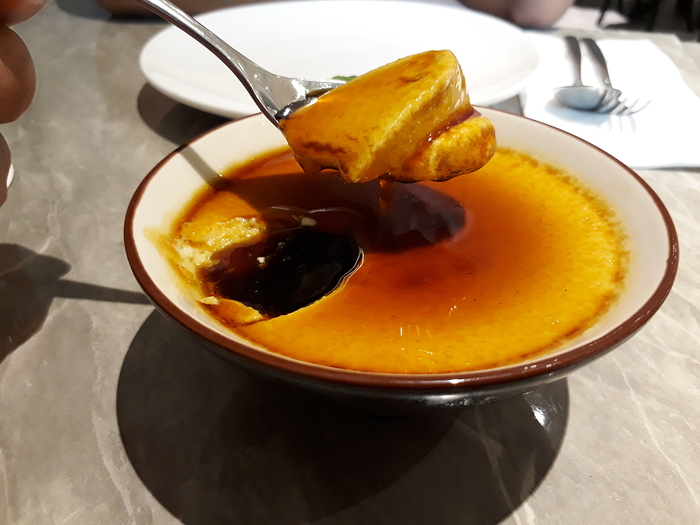 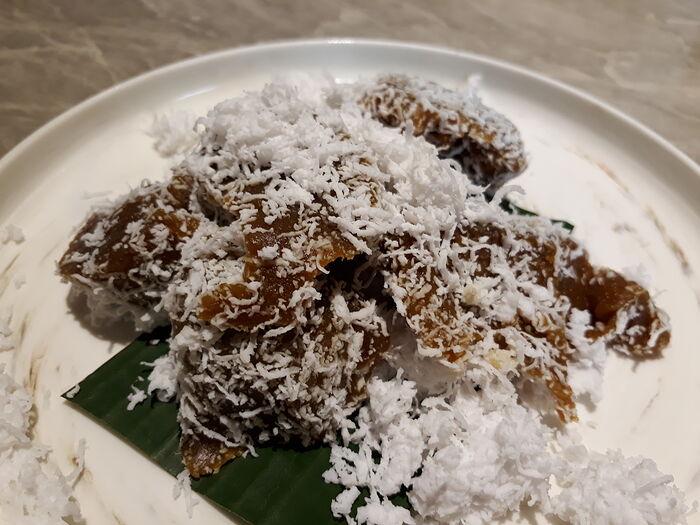 Still one of the best dining destinations in town at the moment. 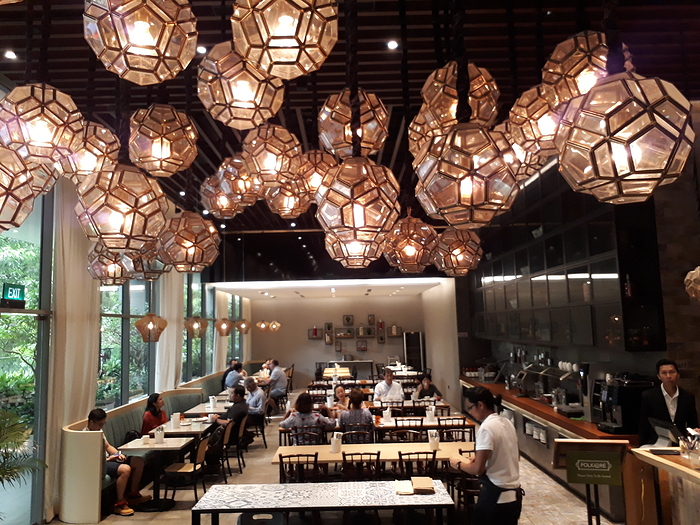 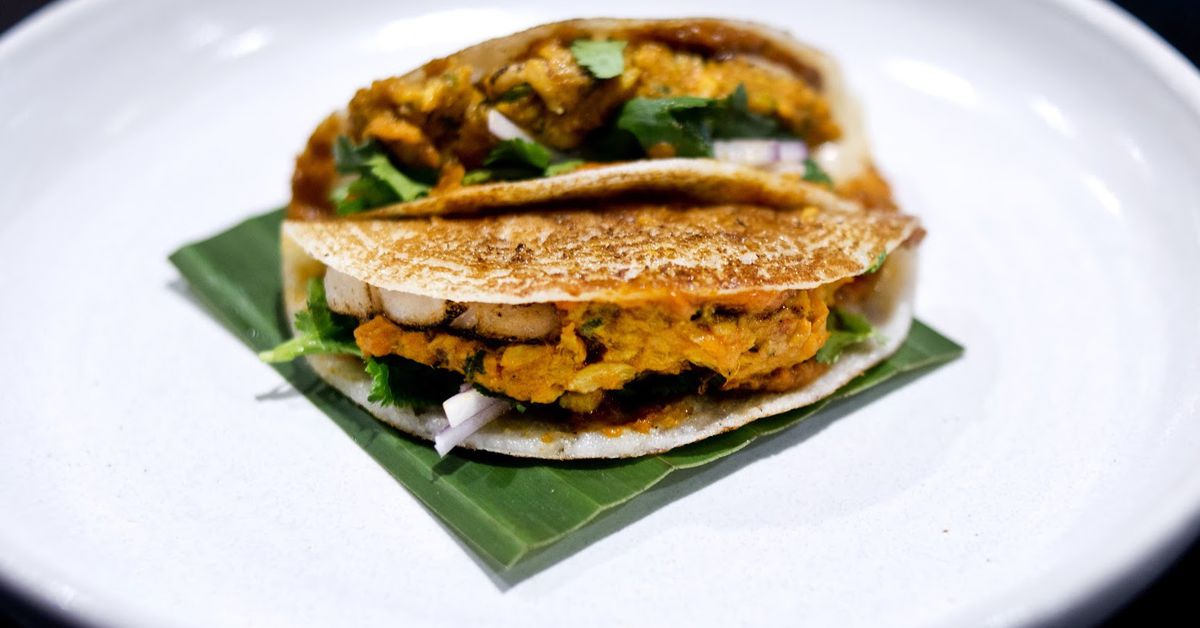 The 14 Best New Restaurants in Singapore

Where to find curried mackerel dosa, foie gras xiao long bao, and Indonesian fried rice in what might be the planet’s ultimate food town

I heard lots of good things about Colombian Chef Fernando Arevalo’s Preludio (No. 9), so am making a beeline for it the next time I’m back in Singapore. What my friends had when they were at the two-month-old restaurant last week (every dish was just in black-and-white): 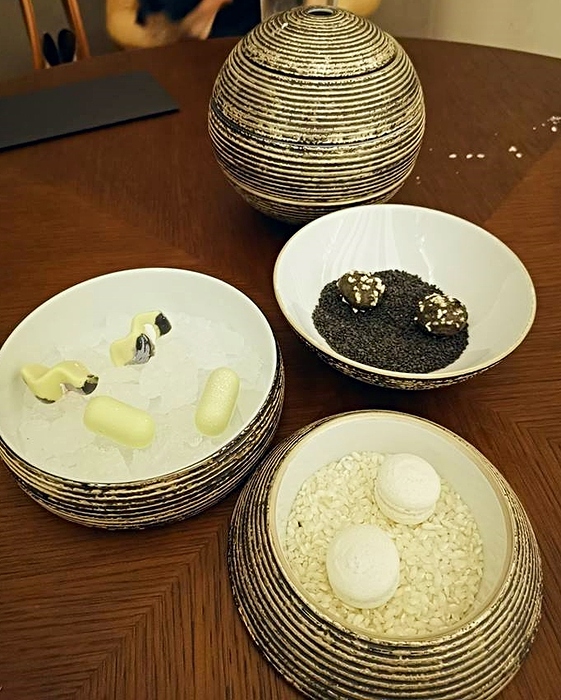 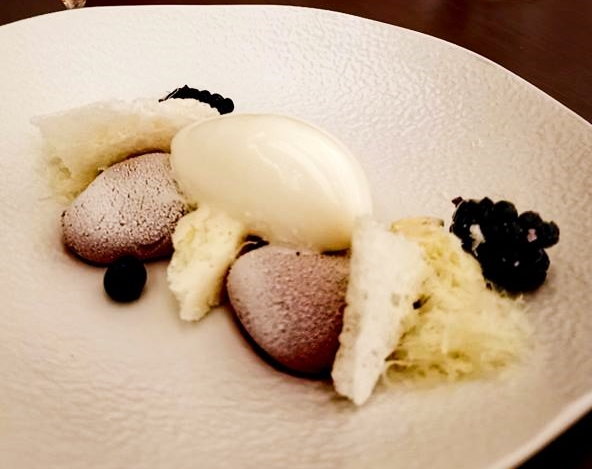 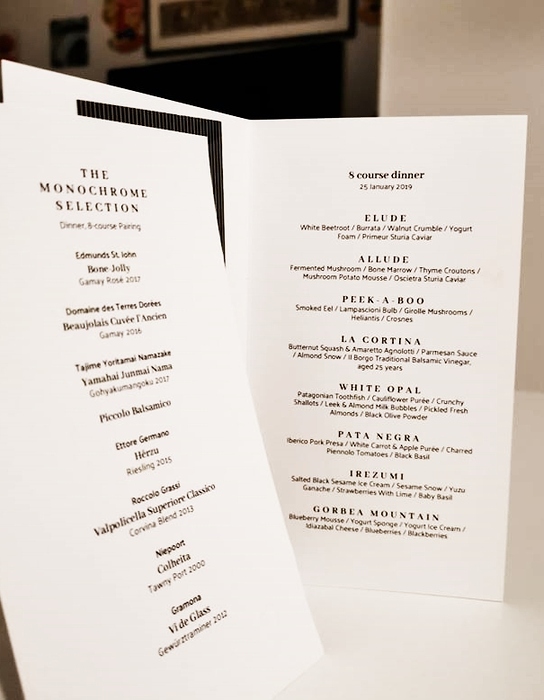 I missed Basque Kitchen by Aitor (No. 7) - simply ran out of time as I spent more time in Singapore doing Chinese New Year shopping and catching up with relatives last week than eating out. Eventually, I had only last evening left to do dinner before flying to Penang - it was a toss-up between Aitor’s Basque cuisine, and Gaig’s Catalonian cuisine a block away. I opted for Gaig (it was good), but now I wished I had set more time aside to do Aitor as well.

Bacchanalia (No. 8) did not wow me as much as I expected. Maybe my expectations were too high.

LeVel33 (no. 11) was a let-down the last time I went, but I hadn’t been back since this new chef (Archan Chan) took over.

Chinoiserie (No. 13) was another let-down - Justin Quek is better than this, and he knows it. I wonder what gives.

Chinoiserie is the latest offering from Justin Quek, perhaps Singapore’s best-known local-born chef. A bit about Justin Quek - back in 1994, he was a member of the pioneering team which set up Les Amis, Singapore’s most-established and successful restaurant till this day. In those years, Singapore’s fine dining scene was dominated by hotel-based French restaurants: Maxim’s at the Regent, Truffles at the Dynasty Hotel, Le Restaurant de France at Le Meridien, Le Duc at the Marco Polo, Hubertus Gri…

Another restaurant I’m very interested in is Thevar (No. 3) helmed by Penang-born Mano Thevar. The menu looked simply amazing!

Looks like Damian D’Silva could not suppress his nomadic instincts - he’s left Folklore and now cooks at Kin @ The Straits Clan, which officially opened on 4 Nov 2019.

Damian D’Silva’s done it again. The 65-year-old maestro (and Masterchef Singapore judge) has not lost any of his wanderlust - he’s left Kin and now run’s his own pop-up, Damian’s Cook House at the OUE Social Kitchen event venue, whilst preparing to open a permanent spot slated for Nov 2021.

And now, Damian’s Cook House. 7 places in 8 locations within 19 years!

And to think that Damian D’Silva was actually an aeronautical engineer by training, who only started pursuing his dream as a chef in his mid-40s.