Built in 1956, the Old Fire Station at Upper Bukit Timah with its distinctive red doors has always been a landmark of sorts in the Upper Bukit Timah area. This is also where Spruce’s second outlet opened back in 2013. The social media-driven crowd and long queue are gone nowadays, but Spruce still offers that range of Modern-American brunch options for which it was known for ever since its inception at Phoenix Park, Tanglin Road (the original outlet has since been converted by its owners into Coyote, a fancy Tex-Mex casual dining spot). 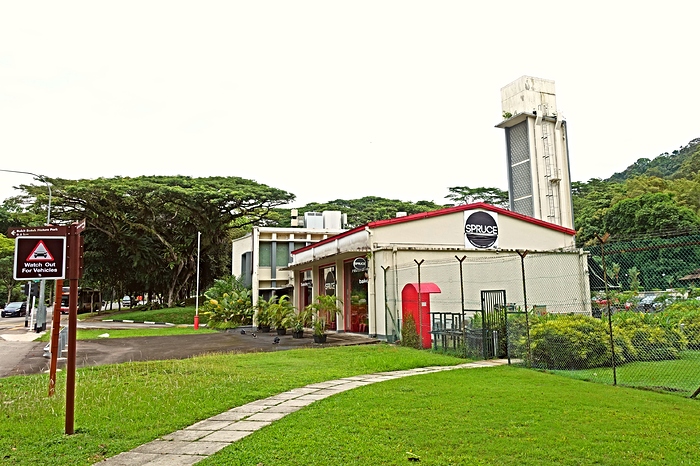 We decided to have brunch here at the Old Fire Station last Sunday after hiking down from Bukit Timah Hill nearby. 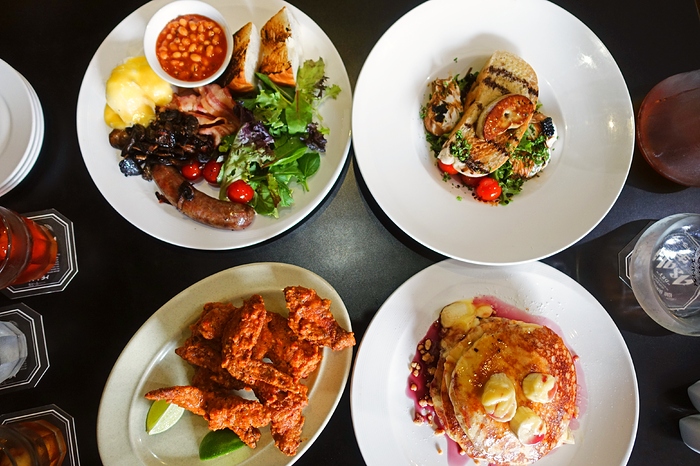 Overall, this is a good place to chill out if you’re in the neighbourhood, but I wouldn’t bother coming all the way here otherwise. 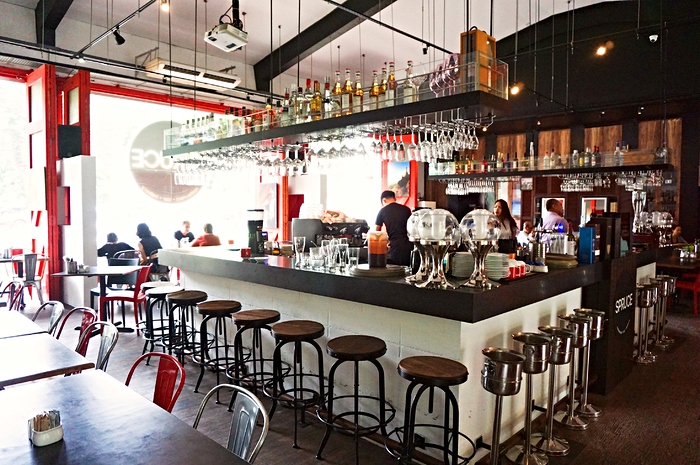 The Baked Beans made me chuckle. Your photos evoke a very western vibe, in the room, and in the foods.

The Atomic Egg concept reads like Benedict on steroids, and we’d probably scrape away the rocket to get the full effect?

The Baked Beans made me chuckle.

The British influence runs deep in this part of the world - even in an American-themed eatery!

Baked beans are indispensible in a British fry-up - this breakfast plate from Bel & Nev in Kensal Rise, London, for example: 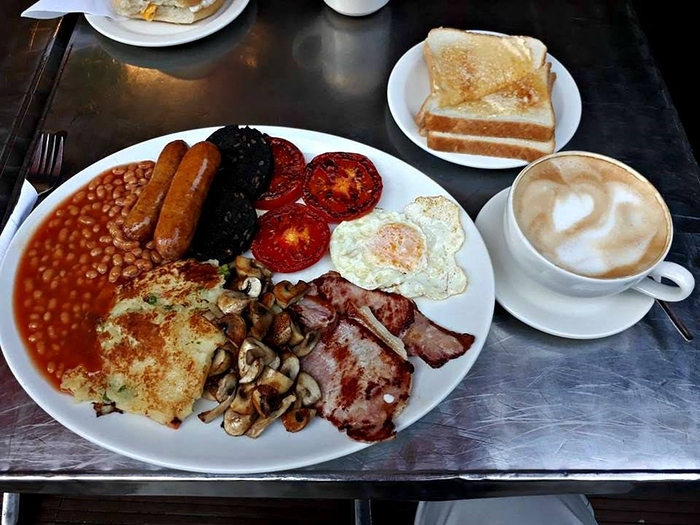 Bel & Nev is actually only 50 feet away from Minkie’s, one of my regular spots in London for a cuppa:

Minkie’s Deli on Kensal Rise has always been my regular breakfast spot for the past 10 years whenever I’m in London, as I’d stay 500 metres down Chamberlayne Road from it. The owner-chef, Doron Atzmon, named the cafe after his wife, Minkie Spiro. But I hardly see the couple around anymore these days - my friend who’s a regular tells me that Minkie Spiro found fame in recent years as the director for Downton Abbey (https://www.thejc.com/culture/features/the-jewish-duchess-of-downton-abbey-1.60733)…

Breakfast at Park Inn Radisson, Wales - I was there to watch BBC Cardiff’s Best Singer of the World contest finals, which brought together the best operatic singers in the world: 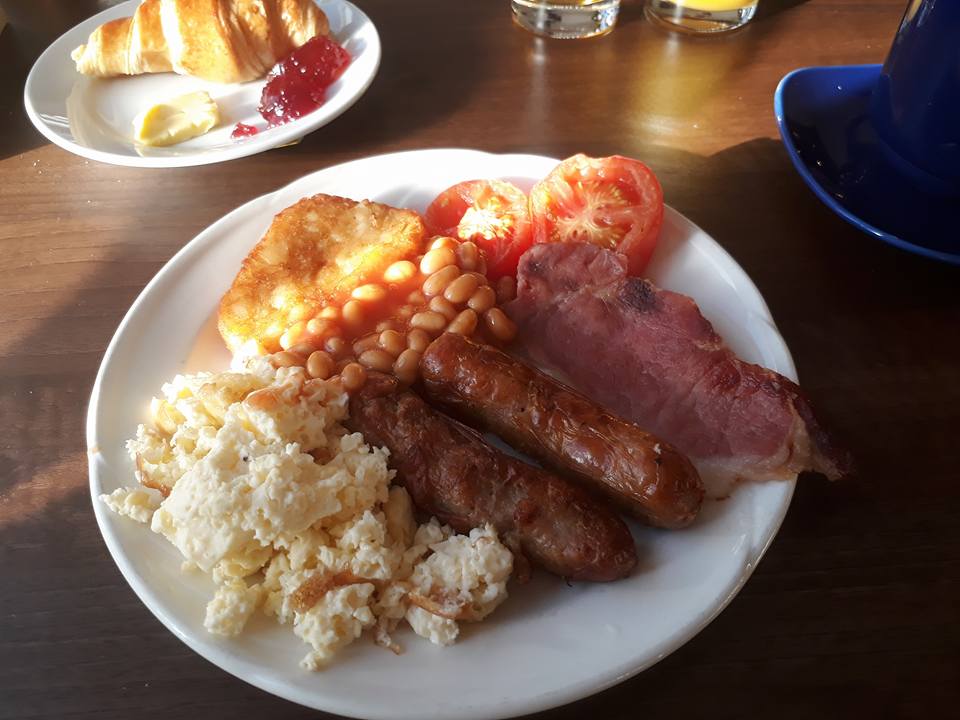 Hotel breakfast in Glasgow, Scotland, last summer. The Scots also love blood pudding (the black disc in the picture) for their breakfast plate: 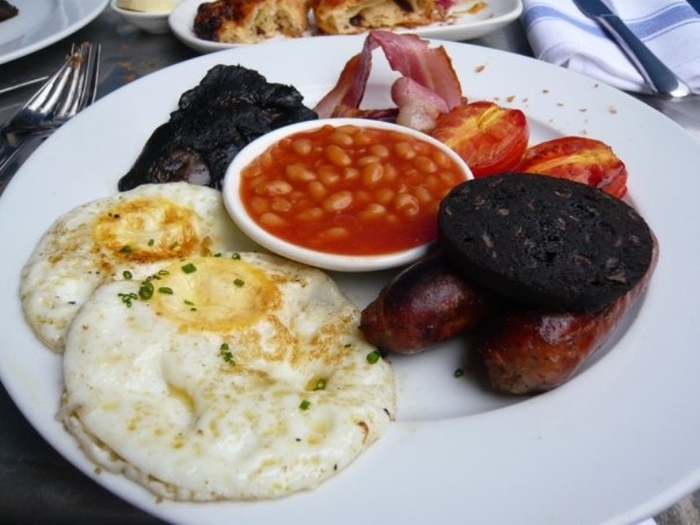