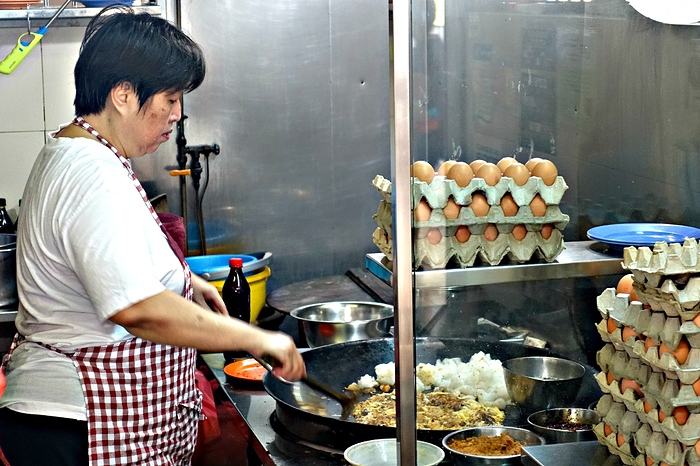 Eschewing my usual choice of the “white” fried carrot cake, I chose the “dark” version this time round. Prepared using the same ingredients as its white counterpart, i.e. steamed rice/radish cakes, salted radish, soysauce, fish sauce, garlic, chillis - the black one is distinguished by the addition of sweet dark soysauce - a typical Singaporean slant to the dish which you’d not find in Penang, Bangkok, Saigon/Ho Chi Minh City or anywhere else where a similar dish also exists. 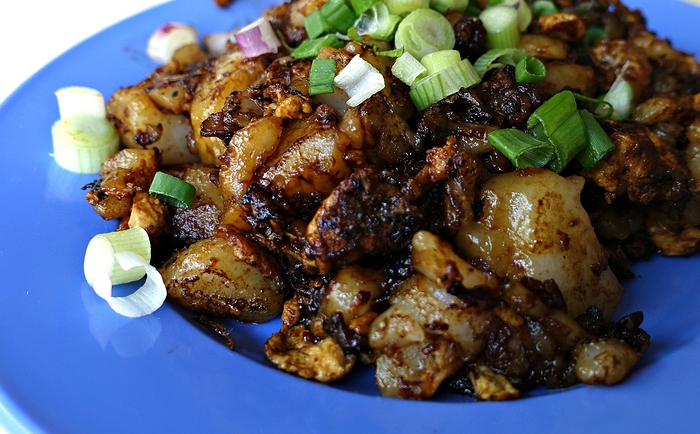 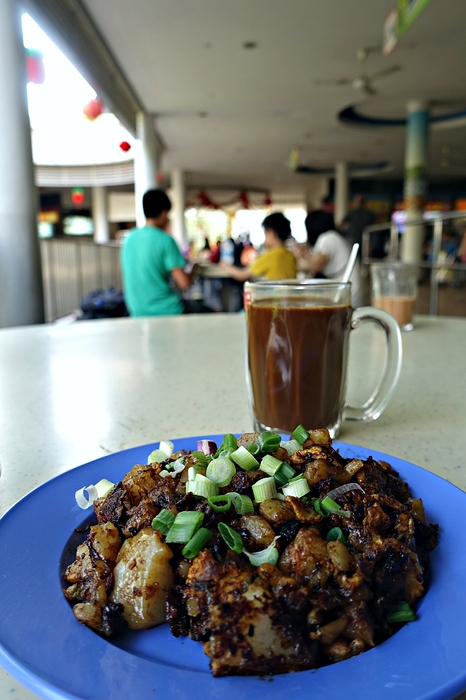 In my recent trip to Hue, Vietnam, I came across bánh bèo, steamed rice cakes topped with dried shrimp and pork crackling, which is highly likely to have been introduced by the Teochews who’d settled in Vietnam for centuries. The Vietnamese versions were served in the porcelain saucers in which the cakes were steamed. 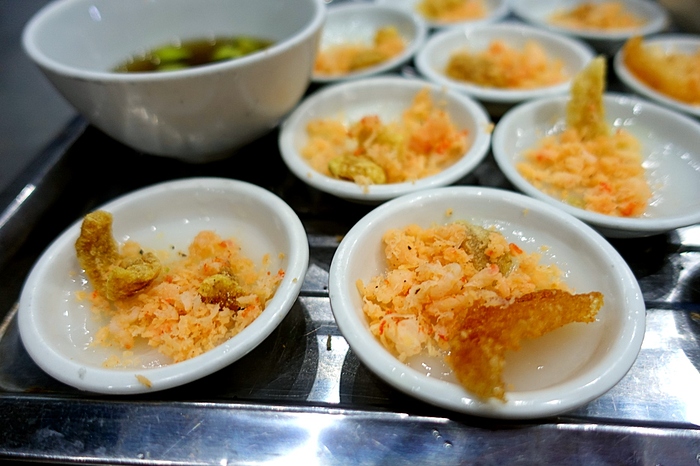 The texture of the Vietnamese bánh bèo is stretchier than the Singaporean chwee kway as tapioca flour had been added to the rice flour mix for the bánh bèo. 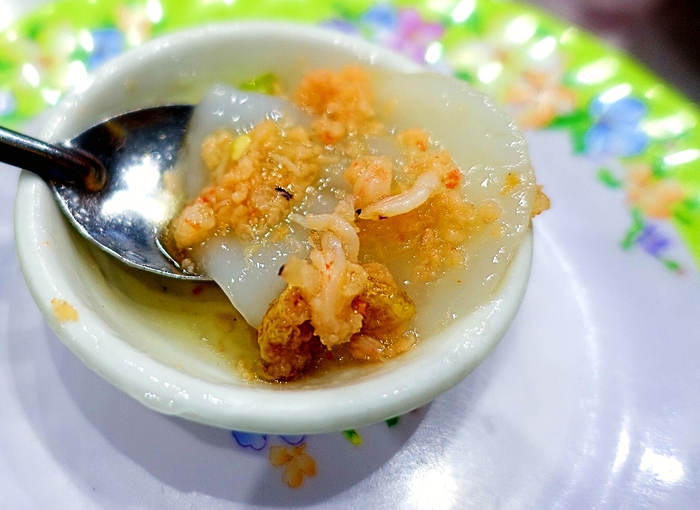 People drive from all over the island to have this for breakfast or lunch: pork, pork meat balls, pig’s intestines, liver, kidney and pig’s stomach strips, slowly simmered with salted mustard leaves to obtain an addictive savoury-sweet-sour broth that’s to-die for. The stall was also listed under Michelin’s Bib Gourmand 2020 list. 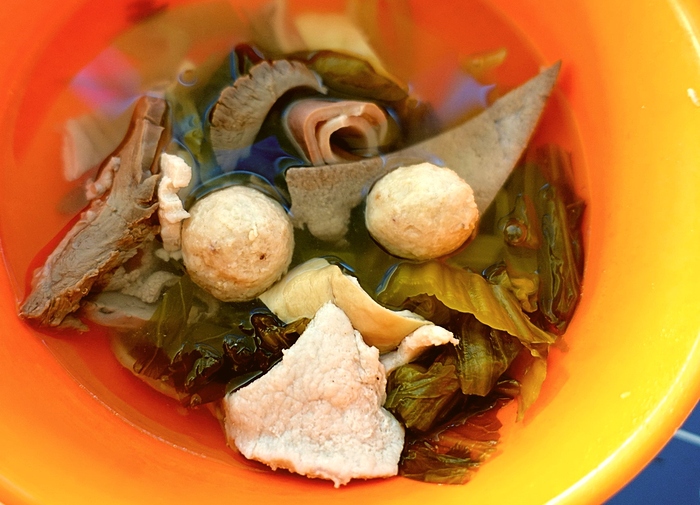 This legendary stall was founded by Mr Tay Soo Nam (who’d be 91 years old today, if he’s still around) who sold his fried noodles from a push-cart along Kim Poh Road since back in 1953, before moving into the old Tiong Bahru Food Centre in 1968. 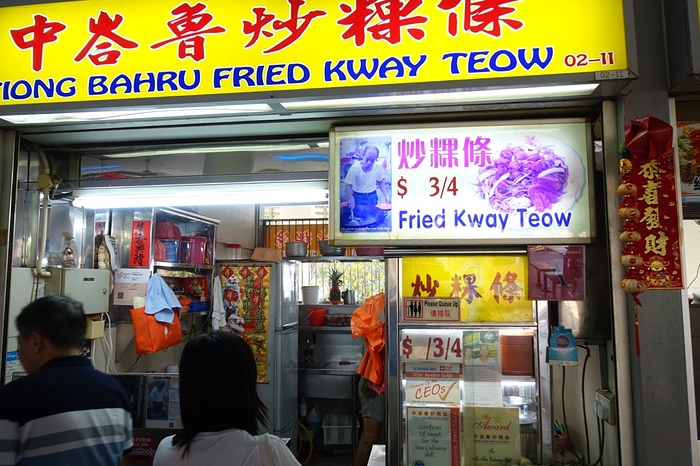 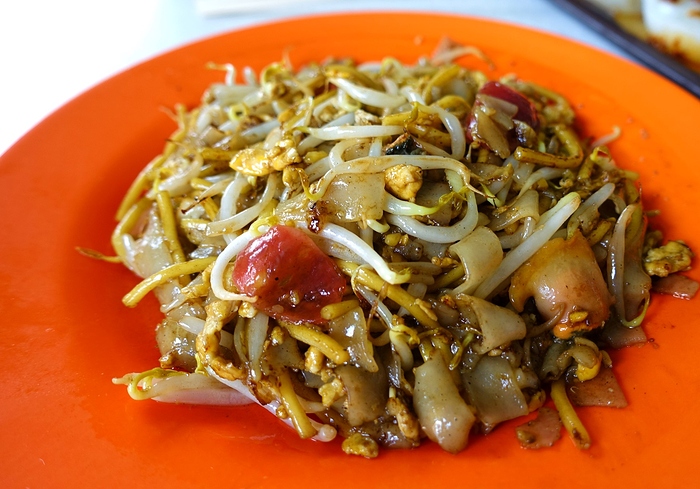 Singapore-style char kway teow tends to be greasier, darker and heavier in flavours than its Penang counterpart: see picture of the one from Penang’s Jin Café (Penang ones also would have prawns and chives, much loved by the Teochews) 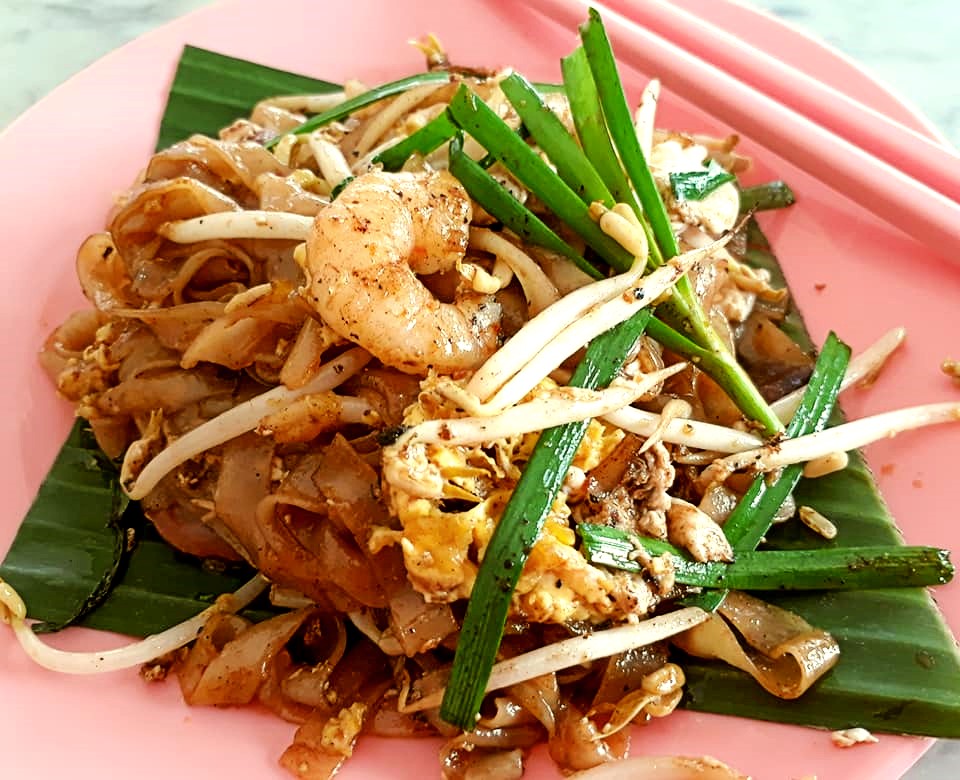 I never miss a trip to Tiong Bahru Food Centre on every trip back to Singapore. Singapore’s hot and humid weather meant it’s more conducive to get there early in the morning, say, 7.30am. 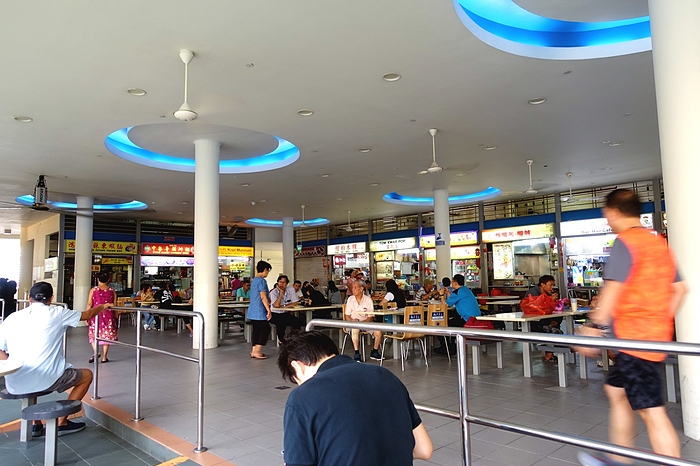 The food centre is on the 2nd floor of the Tiong Bahru Market & Food Centre building. Downstairs on the 1st floor is the wet market, and is my favourite place for grocery shopping. One of my fave stalls in the one which made Teochew-style fishballs on the spot. We were a bit late when we were here the last time, and the stall was already packing up (it was just 10.30am, but Singaporean do their marketing very early).
These steamed/pre-cooked crabs, rabbit fish and mackerel looked pretty tempting, and popular among the Teochews, who’d buy them home and re-heat. The fish would very likely be pan-fried. 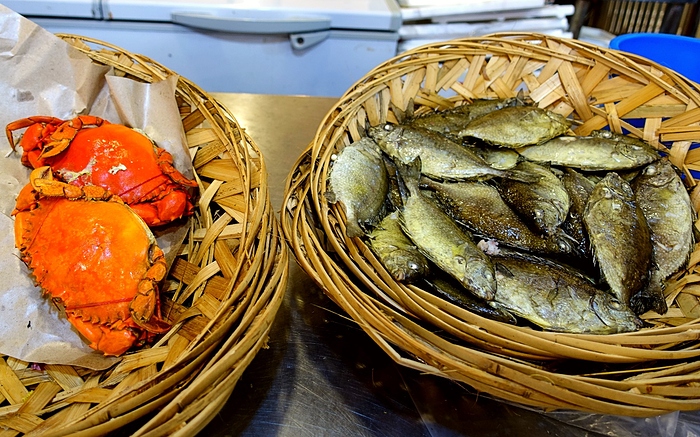 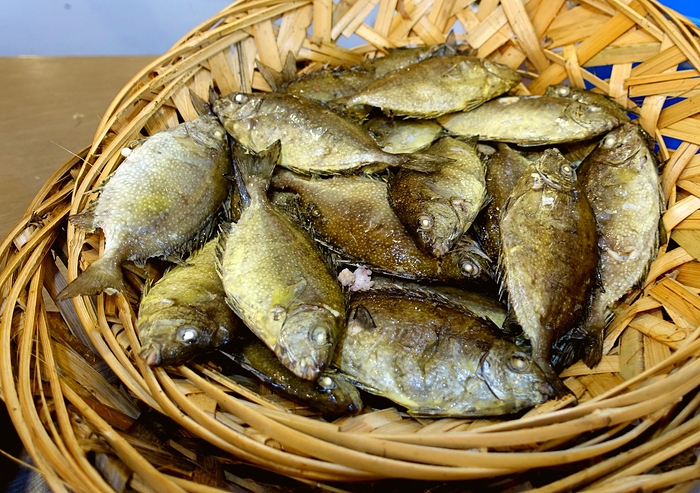 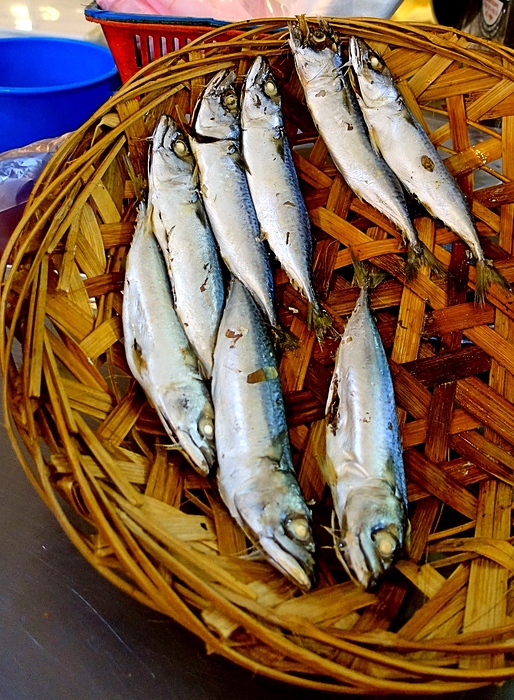 From your descriptions and photos I definitely prefer the Teochews 'version of Char Kway Teow.

Is there any coconut cream in the Hue “banh beo”? The ones in south Vietnam do. As do over the border in Cambodia. IIRC, there’s also tiny dried shrimp flakes on top.

Is there any coconut cream in the Hue “banh beo”? The ones in south Vietnam do. As do over the border in Cambodia. IIRC, there’s also tiny dried shrimp flakes on top.

No coconut milk at all. We were shown how these cakes were made by Mrs Tu in our visit to the Tu family home in Hue, and the mixture for the bánh bèo consisted simply of 10 parts of rice flour to one part of tapioca flour, water, peanut oil and salt. The toppings were cooked shrimps with shallots, and chopped scallions in oil. 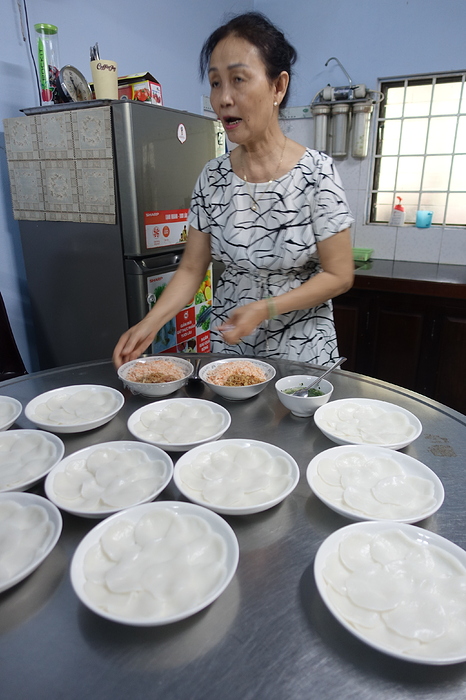 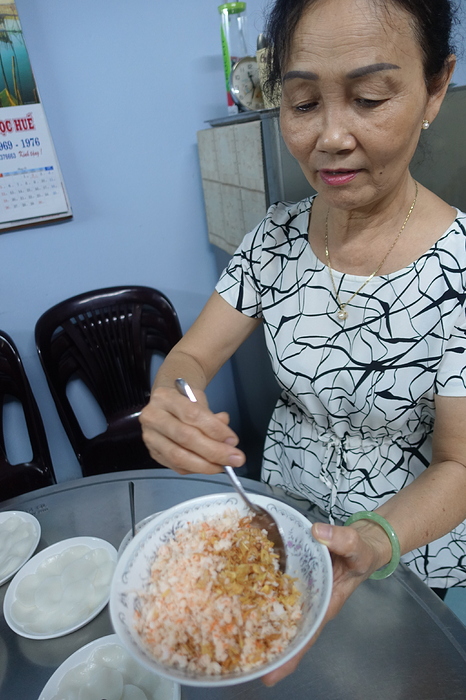 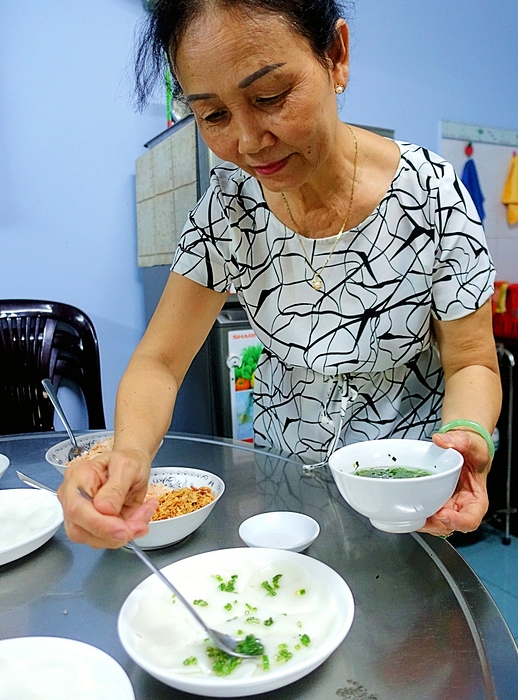 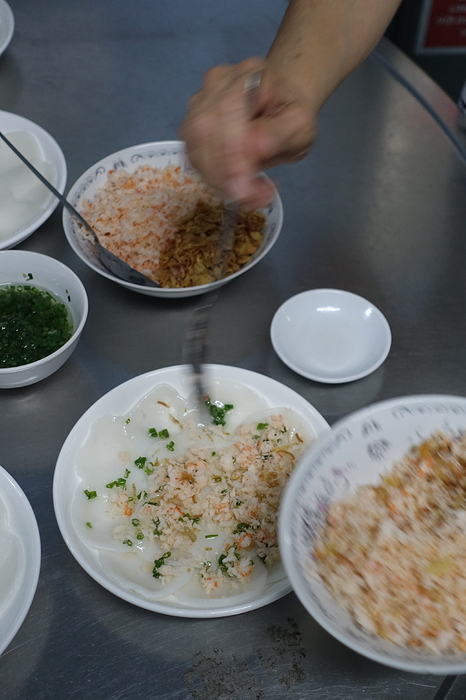 I just came across this wonderful recipe for bánh bèo by Australian-Vietnamese TV chef, Luke Nguyen: 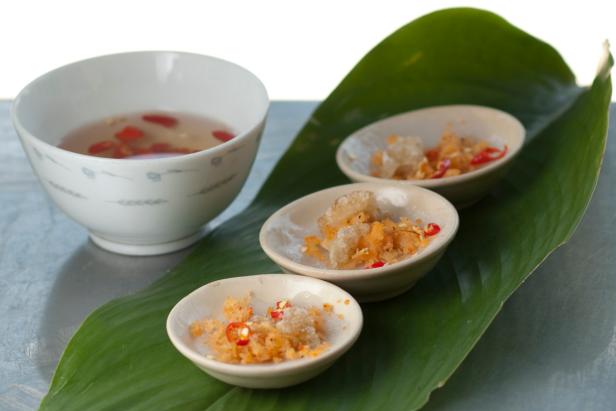 I confused myself. I mistook Banh Beo for Banh Khot. I really like Banh Khot. Crispy on the outside, soft on the inside.

This site has photos: 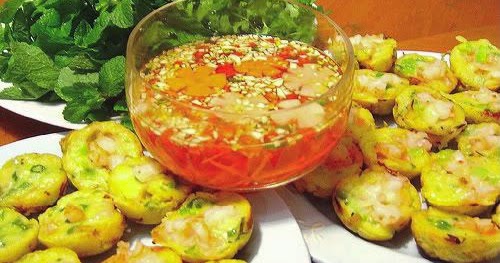 Banh Khot is a cake made from rice flour. There are fried shrimps insde and always served with raw vegetables, fresh chilli, special shrimp paste sauce.

Those certainly looked good! We did see them being sold in Hue, but never tried any. Now, I’m regretting missing out on them.