I’ve been making shrimp dishes for some time and prefer to cut them in half, almost to the tail, as it gives a more interesting and larger dimension. They do cook more quickly too. I’d assume this is just a different (more ‘invasive’) type of butterflying, but I can’t find any references using this method, let alone a name for if if it has one.

Anyone familiar with this method? 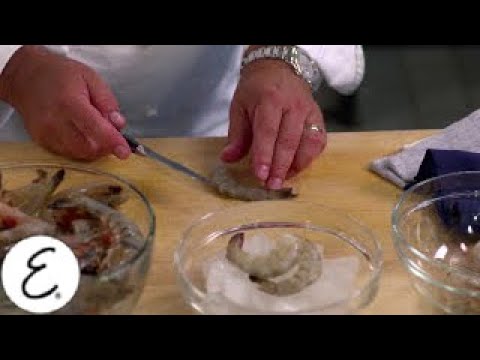 And then followed this So tasty in a few minutes!

Referring to the Emeril video…….I go ALL THE WAY THROUGH and wondered if that specific technique has a different name.

I was told butterfly meant not cutting all the way through and tail remains in tact.

The way I do it I cut all the way through but not through the tail so the tail DOES remain intact. I wind up with a long, slimmer shape. It’s as if I tried to butterfly but cut too deeply.

but butterflied shrimp I have always done (like a hour ago! shudda pixed…) as you describe - cut thru but except leave the bit at the tail attached/uncut. don’t think I’ve ever seen the tail split but still hinged on the long side…
these are a tempura batter 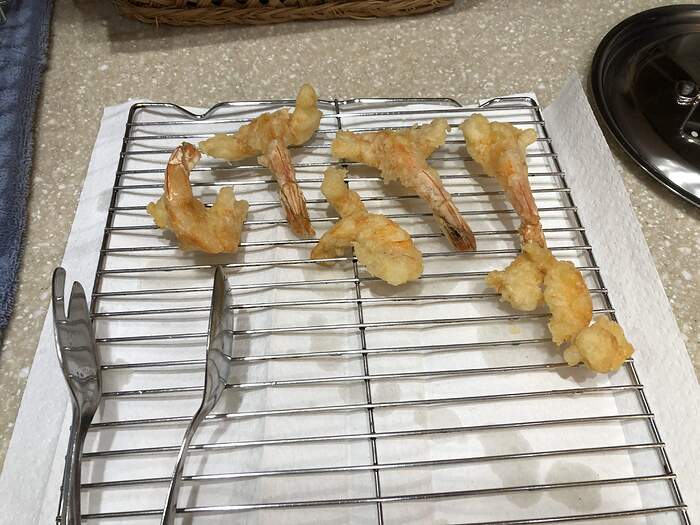 these are ‘beer battered’ 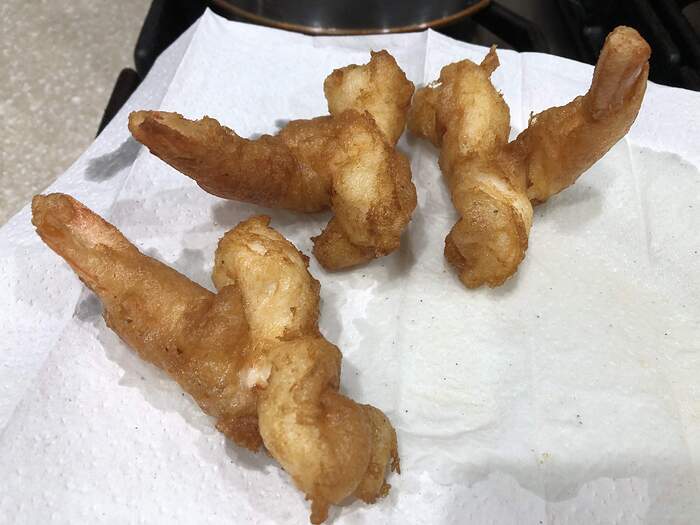 I love butterflied fried shrimp done like that, but I don’t fry at home. We’re in Savannah (from Cape Cod) for a few weeks and I’m looking forward good local shrimp. When I can find US Gulf shrimp to cook at home, I use a pair of sharp kitchen shears to cut through the top of the shell and down into the meat so I can get the vein out - leaving the tail intact after I peel the shell and clean the shrimp but I don’t cut all the way through. I open them and usually stuff them with a mix of bread crumbs, crab, garlic, and lots of butter…

that sounds yummy - are the shrimp really “stuffed” or just layer of tasty stuff smeared on top of the ‘opened up tail’?

I like to use 16-18 count. larger and methinks the flavor declines, and smaller are just a PITA in qty. we lived in Jacksonville FL and got shrimp at the dock - $1/bucket (this was not recently…) - that cured my need to de-vein shrimp…

The stuffing is mounded on top but somewhat inside of the butterfly. Crab isn’t local, but we can get good crabmeat at our fish markets. Gulf shrimp are hard to come by where we live, but I agree the small ones are a PIA and I will not buy farm raised shrimp so we don’t eat shrimp very often. The last time (4 years ago) that we were in Georgia, we found small harbors with shrimp boats and would buy/eat shrimp that just came from the dock. That’s what we’re used to on Cape Cod with scallops, lobster, mussels and fish. We dig our own clams.