It’s official, Nov 14th for ShopRite Shrewsbury. Mark you calendars. It’s sad how much I am looking forward to this place. Saw some pictures and it looks HUGE. 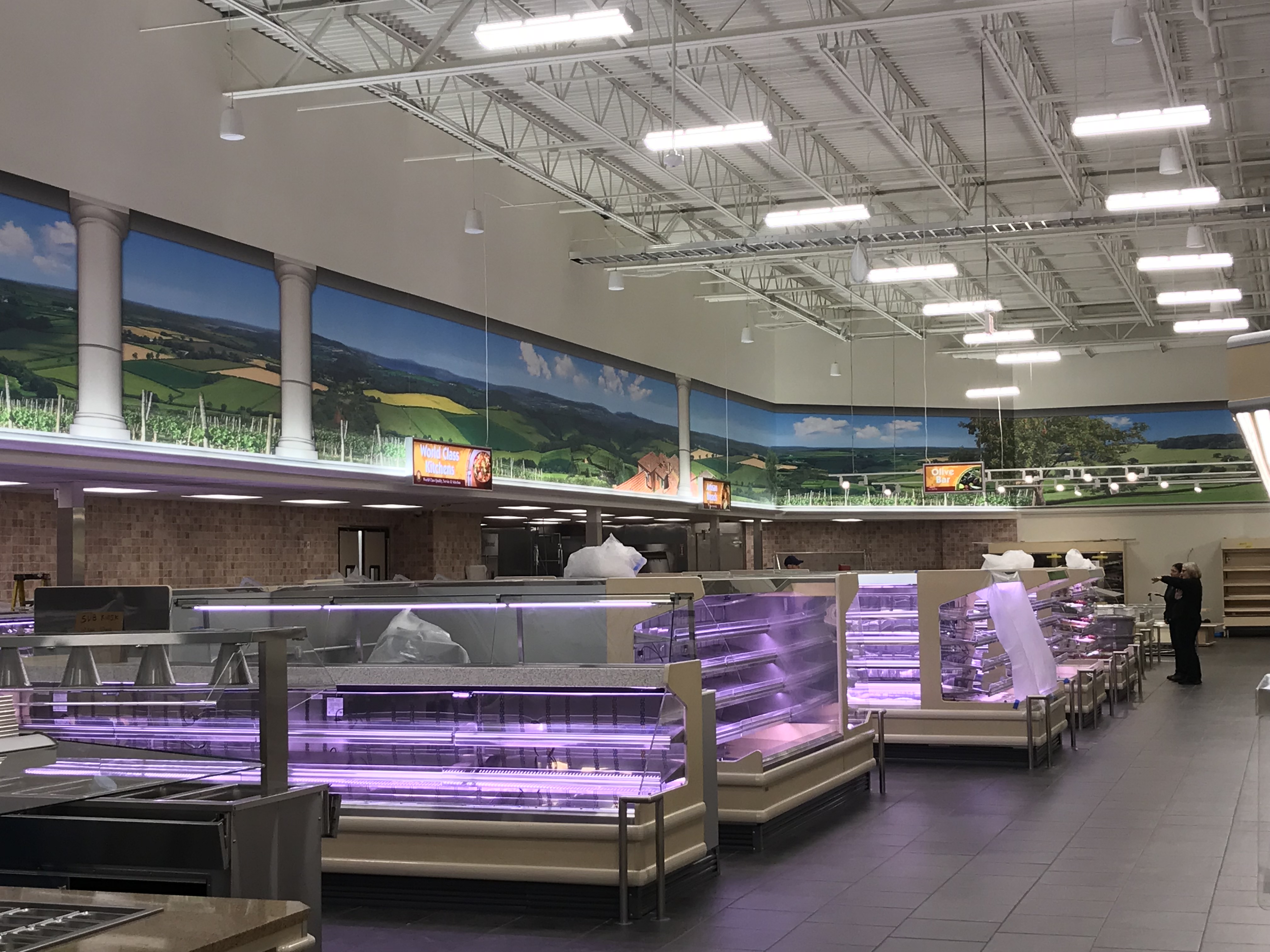 My cousin did the sprinkler system at the new Shrewsbury Shoprite.
3 Likes
NotJrvedivici (Junior) November 10, 2018, 6:56pm #3

This Wednesday the 14th!!

Shop Rites dominate this area and some of their prices can be ludicrous, especially when it comes to produce. They pretty much have a monopoly because the Foodtowns and Stop and Shops nearby are even more horrendous and no one wants to go there.

So Shop-Rite is the worst, except for all the others?

I’ve been a Shop-Rite shopper for close to fifty years, and it is still my store of choice. (For starters, it has the best kosher selection of all the major supermarkets.) That said, I certainly avail myself of Costco, Walmart, Aldi, and local ethnic and produce stores.

I was excited about Lidl until I started reading about some of their labor practices. I’ll probably still go to see what it looks like, but I will also probably stick to Aldi (which gets high ratings).

Quality-wise, Shop Rite is the best. As is selection and overall quality. But their prices are insane. I don’t hate it, but their produce can be through the roof. For other items, they tend to be cheaper than the other major chains.

I enjoy Aldi. However, it gets annoying when they only have one register open while the line runs halfway around the store (Hazlet location). Trader Joe’s would be my go-to if they were closer, but they ain’t cheap either.

I saw protests in front of Lidl a few months ago. Apparently, there workers cannot join a union. Actually, Aldi is the same way. I believe Lidl associates start at $13 per hour and Aldi is $15. Shop Rite, which does unionize, starts at $11 and I hear working conditions/hours/treatment are far worse. So take your pick.

Another “vote” for Shop-Rite.
But I prefer the produce at Wegman’s - consistently better.
Agree with best kosher selection - sometimes, though, I’ll go down to Lakewood to those two huge supermarkets if I need a lot of meat, or some pastries (chocolate Danish/rugelech - I can’t figure out how to bake them right).
I like the butcher at the Shop-rite - he’ll cut me special cuts if I ask…

I really only go to the Shop-Rite in Marlboro. Their produce is awful. Wegman’s is much better although a bit pricier. The Acme in Morganville is a big store & very clean. I really only go there to get some specials. But that’s all I go to any grocery store for anyway.

Well now that I’m back from vacation I had the opportunity to check out my new local Shop Rite in Shrewsbury!!! (I’m going to break this into its own thread tomorrow)

Obviously it’s brand new so it’s clean and beautiful! Parking is far superior to West Long Branch and Neptune. Here are the pro’s and cons from my first visit;

Few observations it’s not open 24 hours (no big deal to me) and there was a heavy police presence. There were 3 or 4 squad cars sitting with their lights on around the entrances /exits, I assume to draw attention to cars entering/exiting the lot??

Anyway welcome to the neighborhood Shop Rite, glad to have you!! 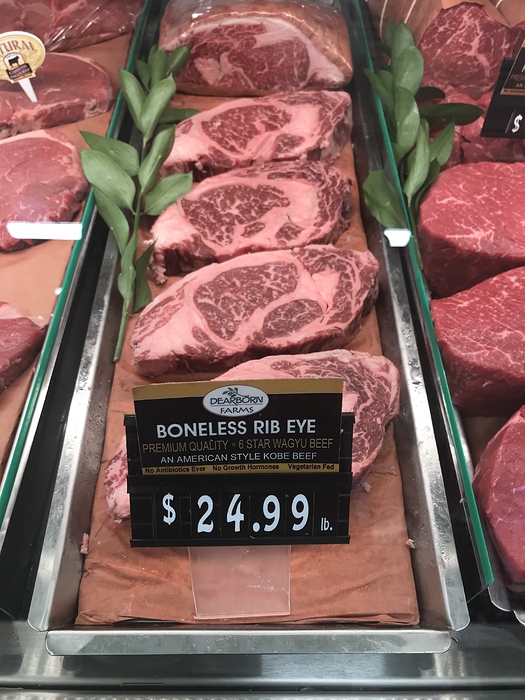 Good to hear you made it back safely and have a nice new tattoo! So when did you start eating kosher?

Those ribeyes look interesting. I think I will have to give it a go.

will post more later- but I’ve been told the police are there for the initial holiday season due to lack of traffic light to keep orderly/safe slow of traffic.

Store in beautiful, literally happy when I go shopping…also- they are offering a good number of “Dearborn” items as well. The soups we’ve gotten from Dearborn have been quite good as a quick no fuss meal on a busy night- so hoping to take advantage of that much closer to home.
also agree- parking is much better so far than the other two locations nearby (three if you throw in the Neptune one as well).

I think the Cops in shrewsbury don’t have much to do so I could see this.

I am not sure if I mentioned this, but I heard the shop rite in middletown is moving across the street to the sears that just went under. I’m pretty sure I mentioned it to some of the local HOs, but I forgot. The parking lot at the current location is pretty bad

So when did you start eating kosher?

I am an equal opportunity poster, I review details for all of my fellow Ho’s!!!

@Metsfan86 funny I bought a truffle cheese that was label Dearborn but thought it was a coincidence!!

Dearborn was an independent farm-type market in Holmdel for decades. Shop Rite bought them maybe 3-4 years ago. They still use the name but are essentially a country version of Shop Rite with higher prices. (For those who didn’t know the backstory–its right in my neck of the woods so common knowledge to me…)

Funny thing is, they used to be closed the day after Thanksgiving and day after Christmas, I guess to give their employees a respite. That ended as soon as Shop Rite bought them.

Another fun fact: I worked a summer at Dearborn when I was 16. It was my first ever job.

From what I was told it was a preemptive move to keep wegmans from buying the space, except Now wegmans is going to end up just down the road.

I worked at the pancake place across the highway where Kohls is now. Apple trees surrounded the property and btwn the two I was guaranteed a few meals a week.

All pre highway 35 mini to mega strip malls, I found work as a very young guy.

Thanks, Greg! I was going to ask…

I don’t even remember a pancake house there! I moved to the area when I was 4, so 1995. My earliest memory was a Caldor in that shopping center which of course became Kohl’s.

I always thought that Dearborn could not exist anywhere other than where they are (except maybe Rumson). They get the clientele that would rather spend $18 on a pack of cooked breaded chicken cutlets rather than $5 for raw and bread/cook it themselves. I know some people are in a rush, but damn. Another poster here said their soups are good. I do not doubt their quality, the prices just can be outrageous. I don’t think they’ve gone down since the takeover.

@Metsfan86 mentioned a Wegman’s. I believe that to be a myth as I have been following the rumors for what seems like three or four years now and none have come to fruition. First they were going into the old K-Mart, then a home goods store was announced. Then they were going into Pathmark, but now Aldi has relocated there. Their third spot was the area where Lidl is now but there is no room left for a supermarket that large and I highly doubt we could see an Aldi, Lidl, Wegman’s, Stop and Shop, and two Shop Rites literally within 3 miles of each other.

The only place left for them is where the old Foodtown/Bradless is currently rotting away but not even the wildest of rumors have ever included that area in mention.

LOL, Greg. This was 1976. When Highway 35 still had viable apple trees lining the road and Brookdale was a hippie dippy college.

When I was a kid Dearborn Farms and Delicious Orchards were not glamour food spots.

I have a relative who will be affected by this project so have heard about it a bit. Looks like a mammoth spot. 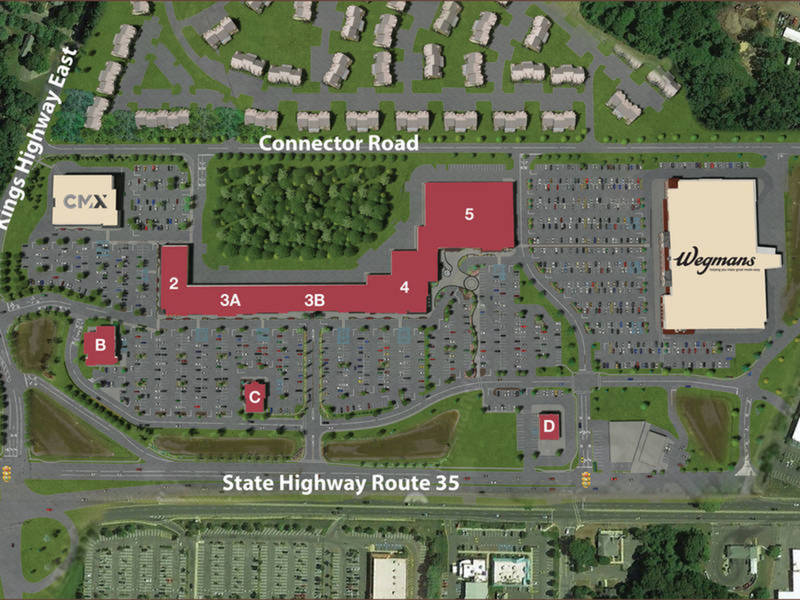