Better late than never, I guess.

Last week, the salmon and eggs breakfast special at Meal Ticket on San Pablo.
They do a good job of cooking the salmon just beyond rare so it isn’t dry.

The apple shortbread from The Barn in Half Moon Bay. 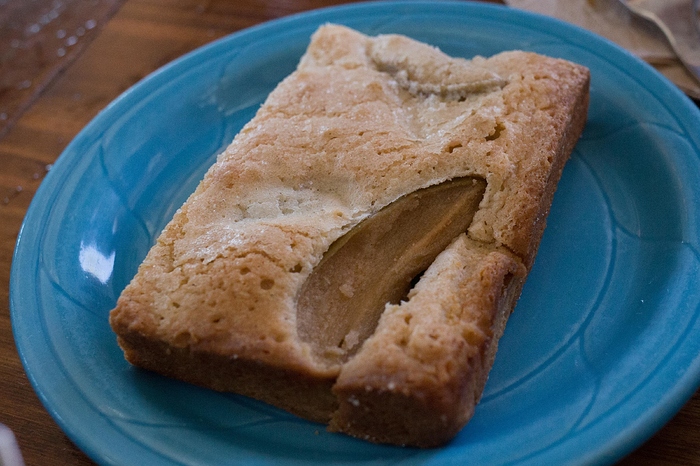 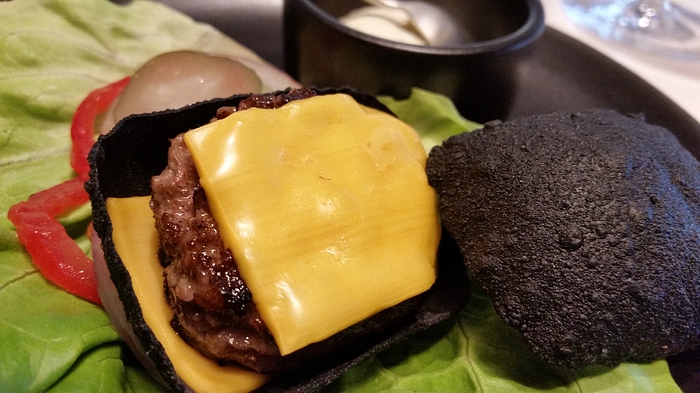 Slider at In Situ

Why is the bun black?

Turns out it is a squid ink cracker shaped like a hollow charcoal briquette, like an eggshell, inside is the small cheeseburger 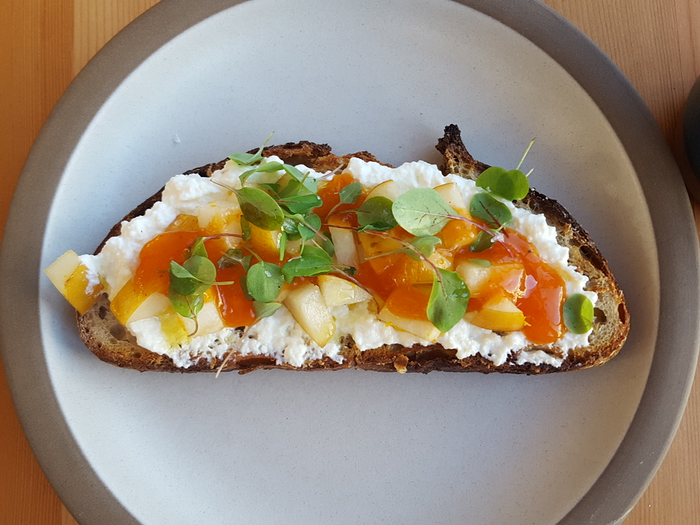 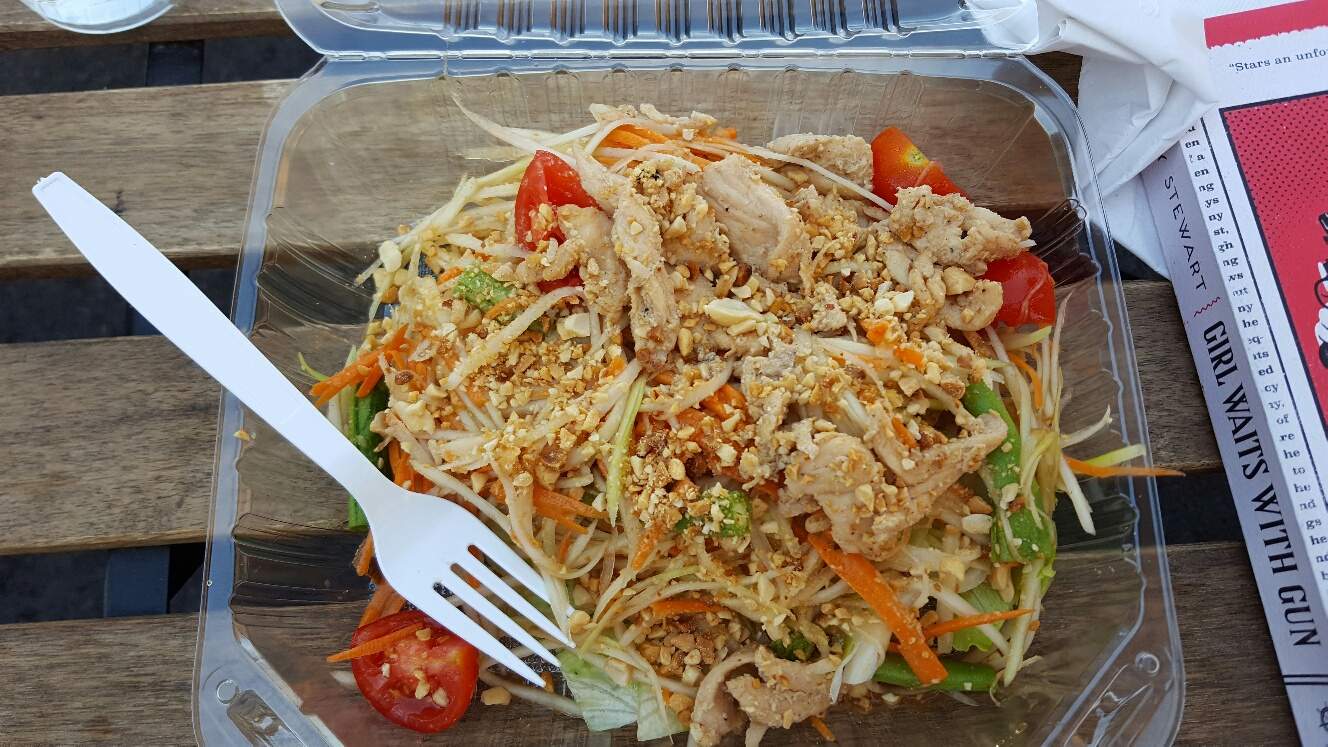 It’s meant to resemble a charcoal briquette, symbolizing American backyard barbecue, and also to allude to the carbon footprint of food production…hence the name “Apocalypse Burger.” No joke.

Lunch today at Auntie April’s Chicken-n-Waffles.
4618-3rd Street, SF
Best bite is the $7 fried fish sandwich crunchy with a cornmeal crust with cheese, lettuce-tomato-pickles-red onion-mayo on a hamburger bun. I like it with extra pickles.

The “Margherita pizza” at Gaspare’s Pizzeria Ristorante in the Outer Richmond is Italian American manna. It’s not NY style, but the thin crust, oregano, tomato sauce, and low moisture mozzarella hit the same general points as a NY Neapolitan pie, and the prominent use of garlic oil reminds me of several of Cheeseboards’s offerings. The nomenclature is odd— there are no San Marzanos, fresh mozzarella, or even basil, so it’s not Margherita in the traditional sense.

They don’t have slices, so you have to order whole pies. I wasn’t as big a fan of their more complicated pizzas (vegetarian or a sausage), which I felt had enough toppings to inhibit flavor in the crust.

The pizza scene in Blue Jasmine was filmed at Gaspare’s, and it has the feel of a place older than 1985, when it was founded. They also have a location in San Rafael.

Grape Sorbet at the Tartine Manufactory at 18th Street & Alabama.
Serving 4 flavors with toppings from 11 am.

Grape Sorbet at the Tartine Manufactory at 18th Street & Alabama.
Serving 4 flavors with toppings from 11 am.

That sounds really good. What were the lines like?

no line. we arrived at 10:45 am on Tuesday morning to be the first for the ice cream at 11 am. no one else until 11:30 am…a couple walked up to the counter for tastes of the chocolate, coffee, fior de latte, and the grape sorbet. I love the hint of tartness in the grape sorbet and that gorgeous color!

no line at the door for food/pastry service. no line for breads.
parking in the neighborhood is a challenge. 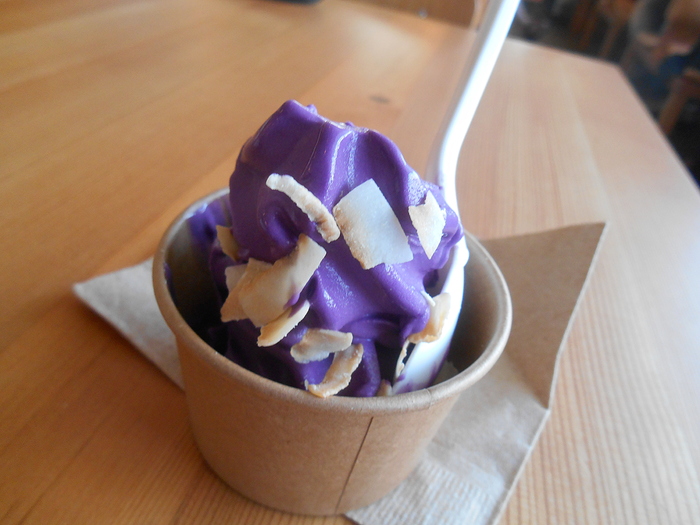 Cha gio from Tú Lan in SoMa in SF. Larger than the typical cha gio. Peppery, greasy, and salty pork filling. The wrappers are thick - crispy on the outside and a little soft in the inside, with almost like a mochi-like consistency if that makes any sense. 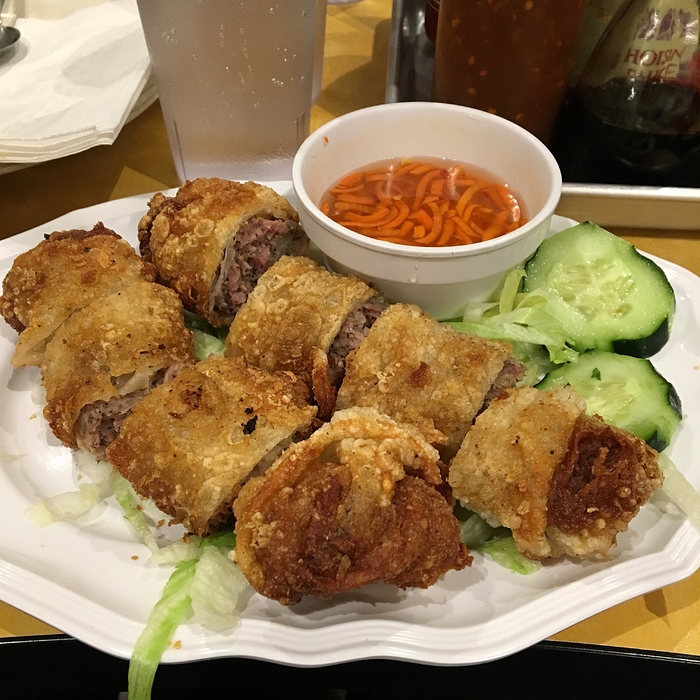 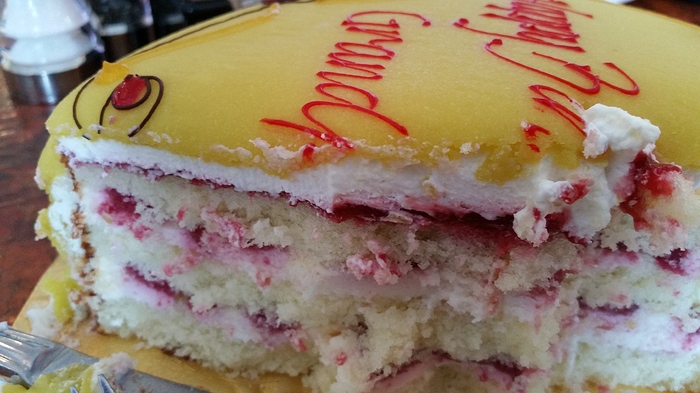 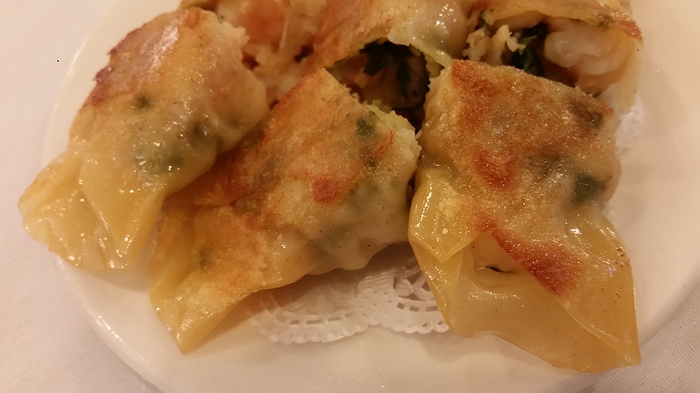 Pan fried shrimp roll, Great Eastern (SF)
(Avoid the xlb and potstickers there, at all costs)

I had a great dish called something like family-style tofu there a while ago. Nicely complex sauce.