I keep trying to get this right but I think I’m either not using the right noodles or not the right temperature or pan. What are your secrets? Noodle type? Oil? Temp? Pan ( I have very large frying pans but no wok, and an electric cooktop, so…)

Also… my wife likes Udon in a stir fry dish I make but I don’t think there’s a way to get them even close to crispy given their nature and that I don’t recall ever seeing them served that way in a restaurant. Any advice on this specific type of noodle?

I have to agree with you. Given their texture and thickness, I have never seen thick crispy udon, and it has never meant to be served like that. Also, crispy deep fried thick noodle is not as good as crispy thin noodle.

Not trying to start anything but how do you know crispy thick noodles aren’t good if they can’t be or aren’t normally done that way?

Well, I am going by my limited images/experience. 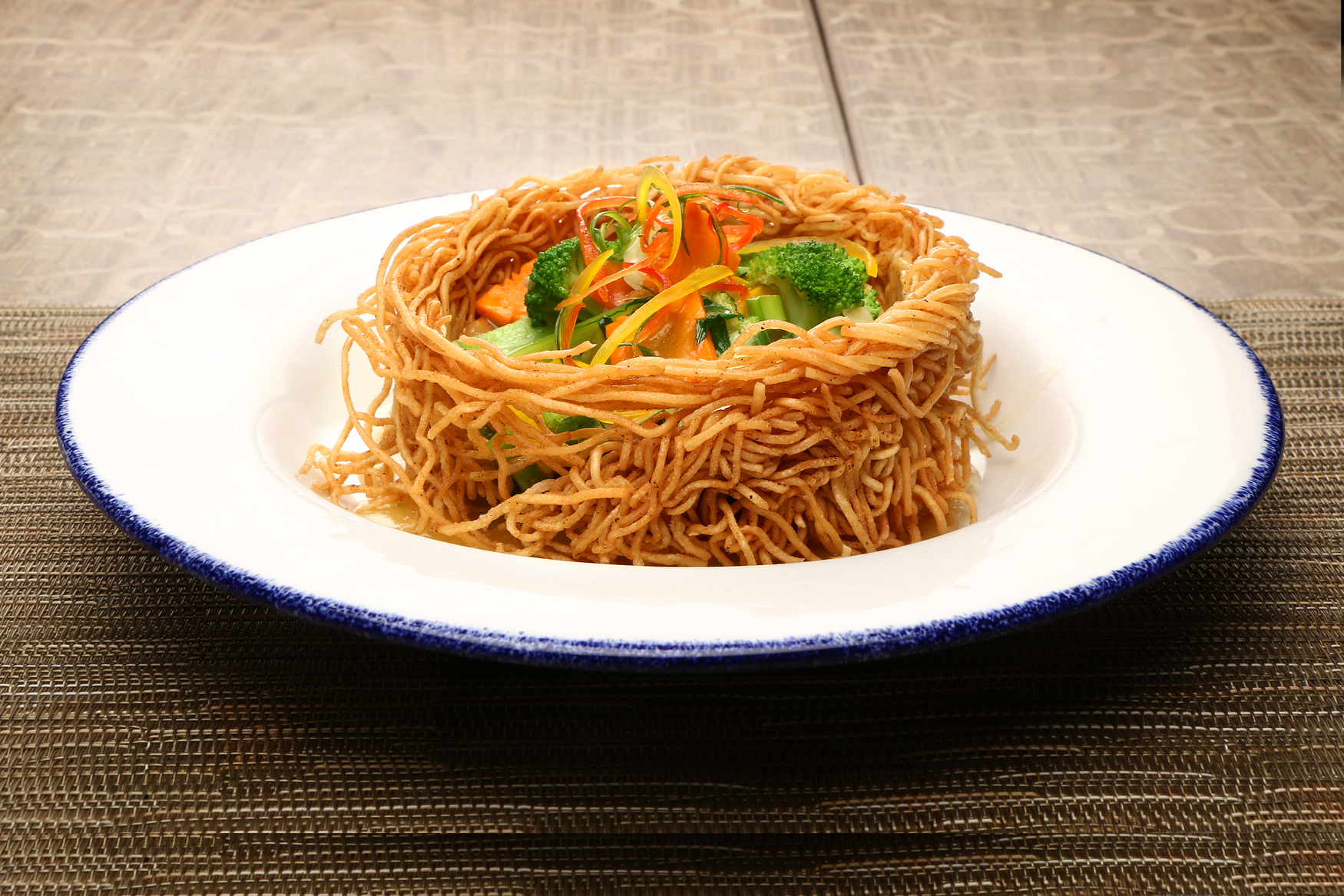 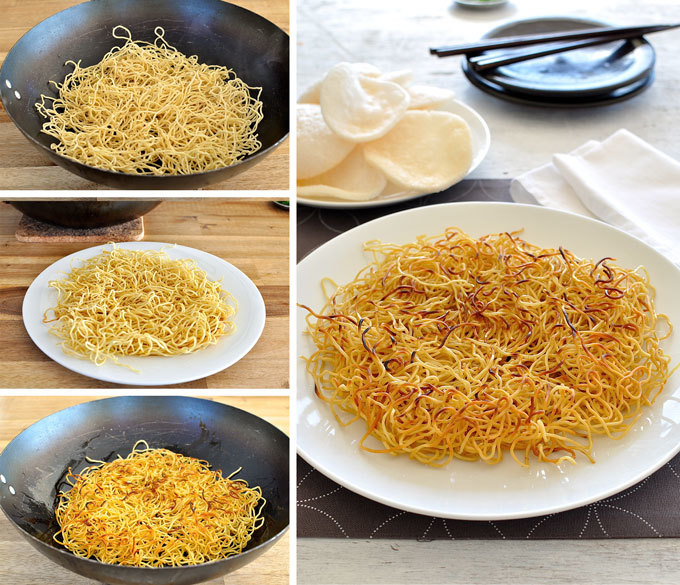 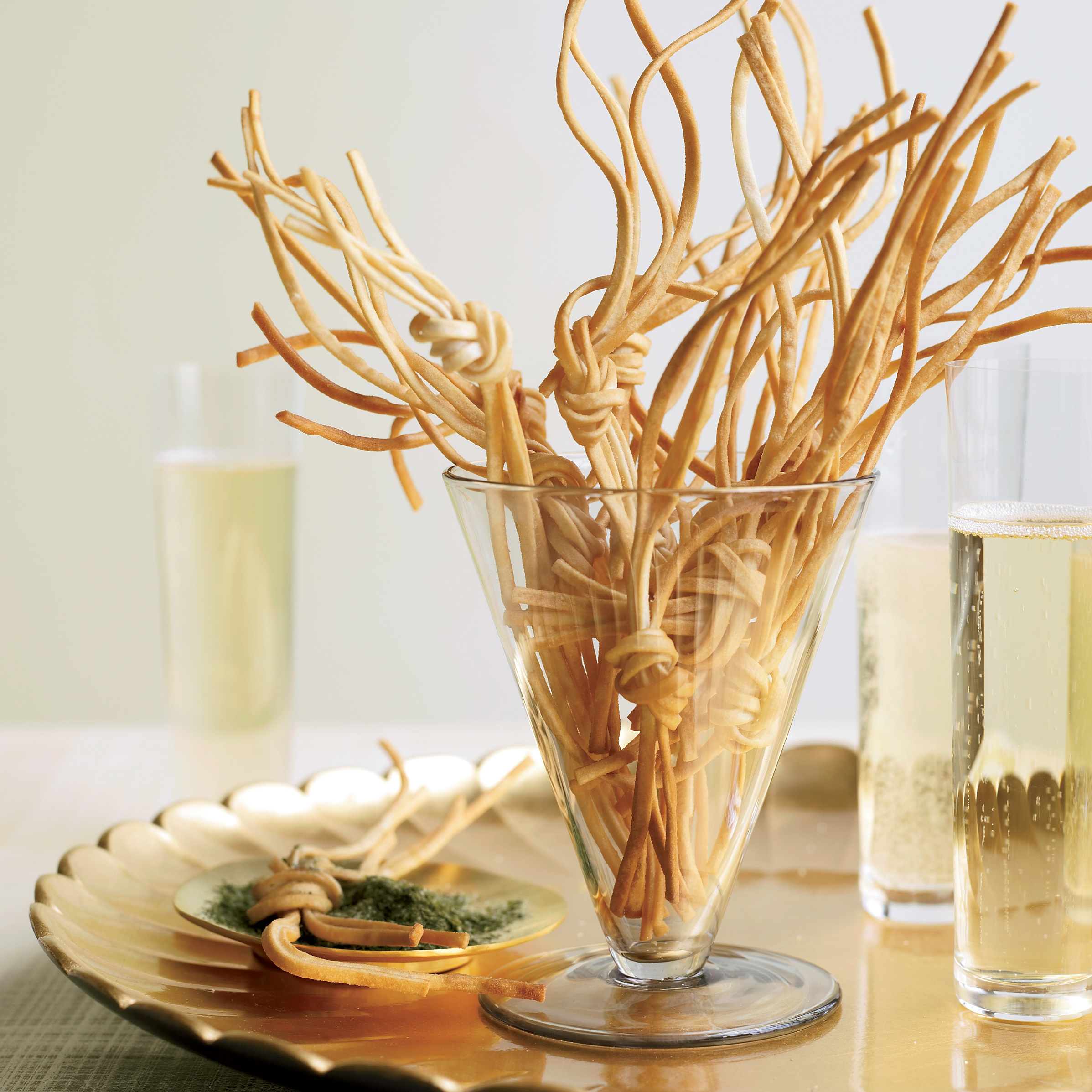 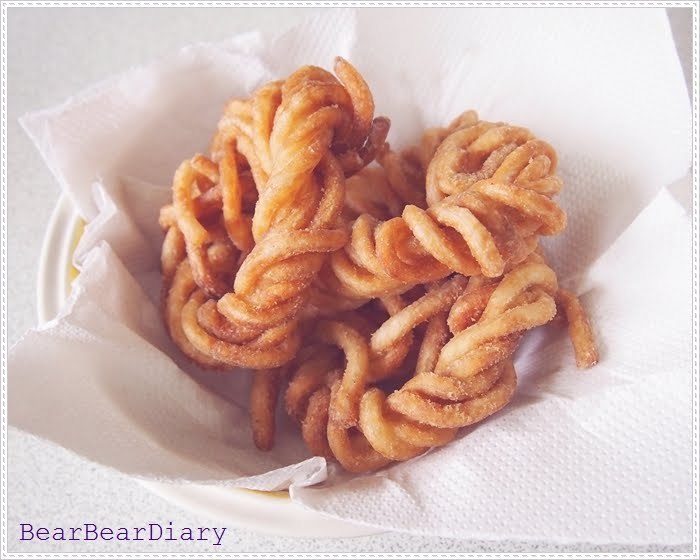 And I personally enjoy one and couldn’t care any less about the other one.

Do they need to be crispy throughout, or would letting the bottom layer crisp for a while in the pan without stirring suffice?

Bottom would be pgood but they just don’t seem to crisp at all. Must be the sauce or the temp or the pan.

So… Essentually you responded to tell me I shouldn’t want to do what I want to do. See… That’s why posting on boards like this can be very frustrating.

So… Essentually you responded to tell me I shouldn’t want to do what I want to do.

Well, if you want to look at the exchanges through that prism and get frustrated, then I don’t know what to say.

However, you can try to look at them differently. I wrote that I agree with your experience. I said that given udon texture and thickness, I have not seen udon pan fried to a crispy texture – agreeing with you. Then, I wrote that the crispy thick noodle I know of are deep fried, and they are not as good as the thin noodle.

I offered a solution that you can deep fried the thick noodle – use a lot more hot oil. I said that I don’t like deep fried thick noodle as much as deep crispy thin noodle. Considered that I offered that possible solution, I don’t think it is out of bound for me to add a little caution.

Must be the sauce or the temp or the pa

You need Chinese thin egg noodles. Or rice vermicelli. It really depends on what you are trying to make with the crispy noodles. No sauce. Deep fry.

Could be my end but I don’t see anywhere that you “offered a solution that you can deep fried the noodle – use a lot more hot oil.” All I see is your opinion that crispy thick noodles like udon are not good and are not meant to be served that way. Do you also post under the name Ttrockwood, who actually did suggest “generous” oil? BTW, I’ve tried more oil but udon doesn’t seem to want to crisp. Must be what it’s made of. I really appreciate your posting. It’s just that I was looking for help in doing a specific thing and this reminds me of the old vaudeville joke where the guy asks for directions and winds up being told " you can’t get there from here".

Must be the sauce or the temp or the pan.

Sauce would definitely interfere with crisping, all the water in it would have to boil off before the fat could fry the noodles.

Look. I have a feeling that maybe you were reading my replies in a negative light. What I wrote is that “I have to agree with you. Given their texture and thickness, I have never seen thick crispy udon * should have written pan fried here*, and it has never meant to be served like that. Also, crispy deep fried thick noodle is not as good as crispy thin noodle.”

So I said that I support your experience, and at the end I wrote about deep fried crispy thick noodle. Later, I even showed a couple photos of deep fried thick noodle in the second reply.

I think you can give the deep fried udon a try, and you may like it.

I recently watched a Korean cooking show where the guy uses fried udon noodles as a base the same way the crispy thin noodles are used. He just kept the udon in its block state and pan fried it for a while. If you’re looking for a lot of crunch like with the thin noodles it won’t be the same, but it nonetheless looked pretty tasty to me.

So you’d have a crispy/crunchy base and more toothsome noodles on top? Sounds good to me!

Well he fried it on both sides but yes there would be much more of a contrast between springy noodly texture and crunchy on the top and bottom.

It reminds me of ramen burger. 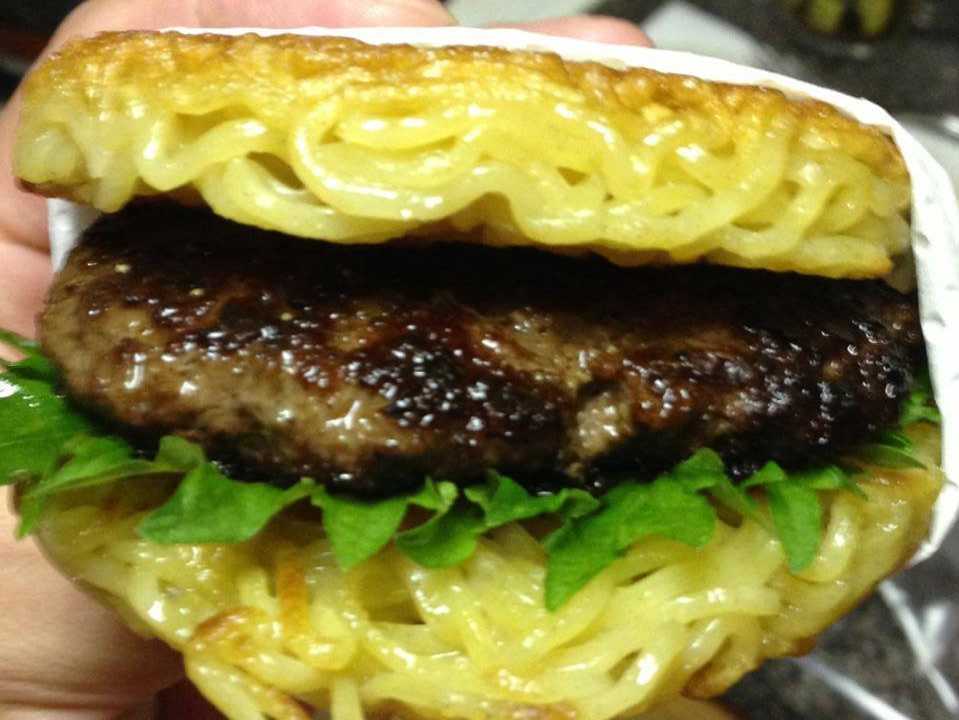 That’s the idea! I think the Hong Kong slop on top style is a far better fit than a burger though.

For what it’s worth I would tend to agree with those who said more, hot, deeper oil for frying them. I’ve friend lasagna noodles before and served them “broken” as chips with marinara sauce. However I did so using a commercial deep fryer, so I would say the key is more hot oil for full submersion.

I usually fry medium egg noodles, and do so a flat pan over medium high heat. One thing that helps is to make sure the noodles are really dry. After cooking leave in the strainer for 15 minutes or so, picking them up and turning them over every once in a while. Or, if you want it to be easy and quick, a lot of places sell pre-steamed very thin egg noodles.