This report is less about the food I ate at Chef Z’s yesterday than the food we may potentially be able to get. Chef Z’s is the Sichuan place in the food court of Saratoga Plaza Shopping Center and replaced Sichuan Chili. The mall also houses a few tutoring businesses, a travel agency, Sogo Tofu, etc. I was at the mall to get tofu today, and I stopped by and eat.

I tried a few dishes on the recommendation of the server. Later I spoke with the chef’s wife about his specialties. More on the food later.

The chef was born in Kunming, in the Yunnan province. His mom still lives there. He’s a classically trained chef whose cooking career started when he was 19 and cooked at the guo bin guan 国宾馆 in Kunming. Someone who’s more familiar with China can comment, but I believe guobinguan were (or still are) great state-run hotels that handled important foreign guests back when Chinese cities were not quite developed versus today. I don’t know the chef’s capacity at the guobinguan. But to me, cooking at one is no small feat. He worked under 3 master chefs- two from Yunnan, one from Sichuan.

He then moved to Shenzhen for 5 years from 1993-1997 and cooked at 锦绣中华, or Splendid China Folk Village, which he said was started by a Yunnan gentleman. The kitchen was half Cantonese. His next job was at Mayflower in the Bay Area from 1997-2000. The chef is fluent in both Mandarin and Cantonese.

I asked him about the Yunnan food on his menu. The chef said Yunnan food has lots of similarities with Sichuan, Guizhou, and Burmese food because of the geographic location. For example, Yunnan also has the ‘Husband wife lung strip’ or ‘beef/ stomach in chili sauce’ dish. I inquired why he’s not cooking more Yunnan dishes given his training at the guobinguan, and he said that Yunnan dishes rely heavily on mushrooms, which are not available here. He’s curious about my interest in Yunnan food and I replied that its because of its scarcity around here. I asked if he could cook Yunnan dishes if we call ahead, and he said yes. A couple of dishes he said he could cook were the cross the bridge noodles, steam pot chicken. He said the mushrooms at farmer’s markets around are better and he could make many dishes with those.

So, you probably all know where I am going with my line of questioning. Is anyone interested here in partaking in a Yunnan banquet? If we have enough people interested, perhaps we can convince him to make something fancy. I will bring the pu’er.

I ask him about the Newark Yunnan place Cloudland Rice Noodle. He said he knew the chef there, who he said was not classically trained. He went with 3 pals and spent more than $200 for 4.

The chef’s wife, who came from Sichuan, suggested two dishes that she said showcase the authentic taste and technique of Sichuan: shredded ork in hot garlic sauce (D4) and twice-cooked pork with leek (D2).

Earlier on, on the recommendation of the Cantonese server, I got the dan dan mian and the beef with stomach strips. I liked the flavors of the beef and stomach strips with a nice combination of flavors and aroma from the chili, though I didn’t detect significant numbness and the beef was on the tough side. I liked the stomach though. Nonetheless I was glad and finished the entire plate. 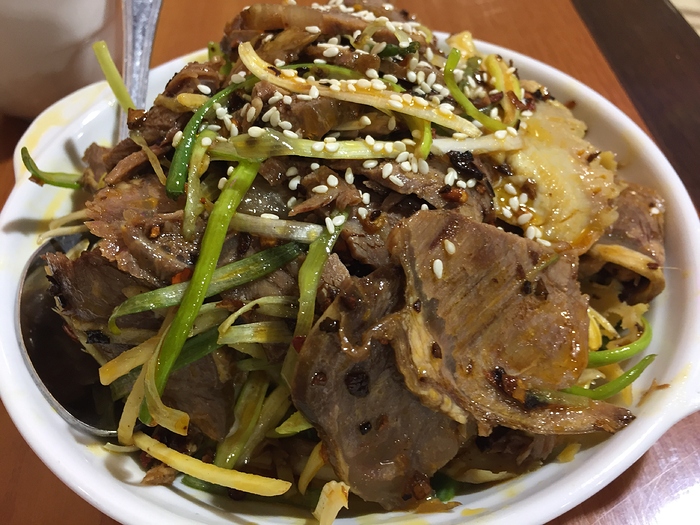 The dan dan mian was somewhat sweet. I asked the server whether that’s Yunnan style and she said that its from the peanut sauce. Maybe I will ask the chef next time. Its sweeter than what I am used to. Mildly hot. 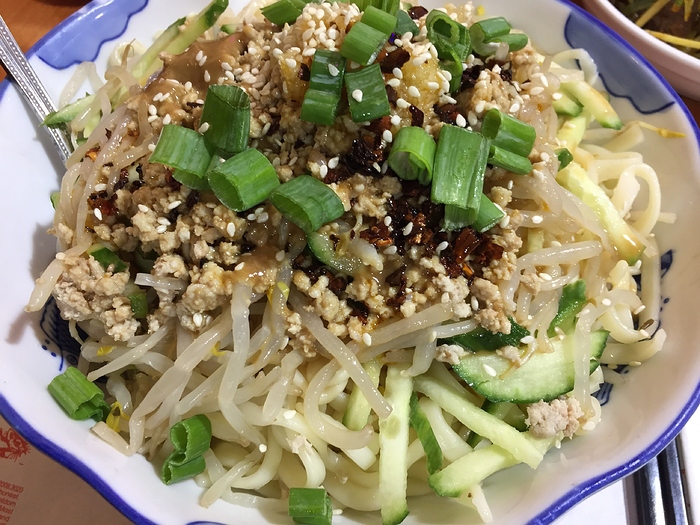 The server brought little plates of kungpao chicken for all the tables for free. I don’t know when was the last time I ate kungpao chicken, or how its supposed to taste like in China, versus America. but this one was pretty nice with a mellow and non-spicy flavor. Though the chicken was a bit dry. 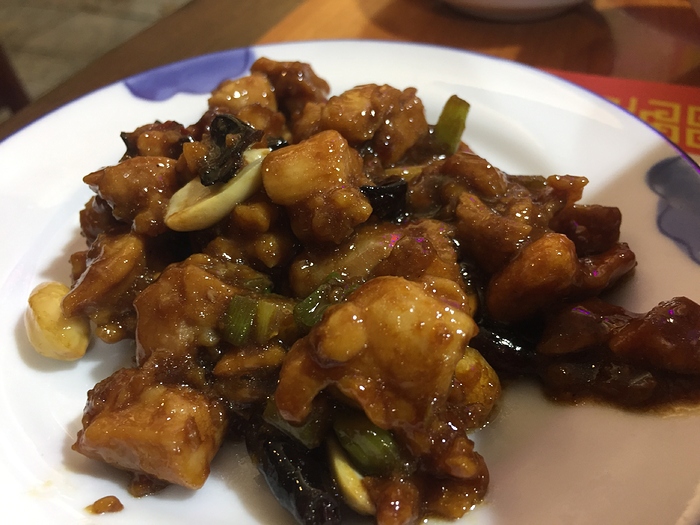 Since I sometimes get tofu from Sogo, I will probably try some of the other dishes at some point. He said the Sichuan dishes on the menu is catered to the customers who are used to Sichuan Chili before him. He said the Chongqing xiao mian was a bit oily. But I don’t know if he’s saying that because he’s talking as the Mayflower chef in him to the Cantonese in me. He also said he cooks some non-spicy dishes on his menu, probably for the Southeastern coastal Chinese population. The Yunnan dishes he can potentially cook up are what intrigue me most.

Cash only. I was the first guy to show up today and it wasn’t very busy so he’s able to stop by for 5 minutes to chat before heading back to cook. 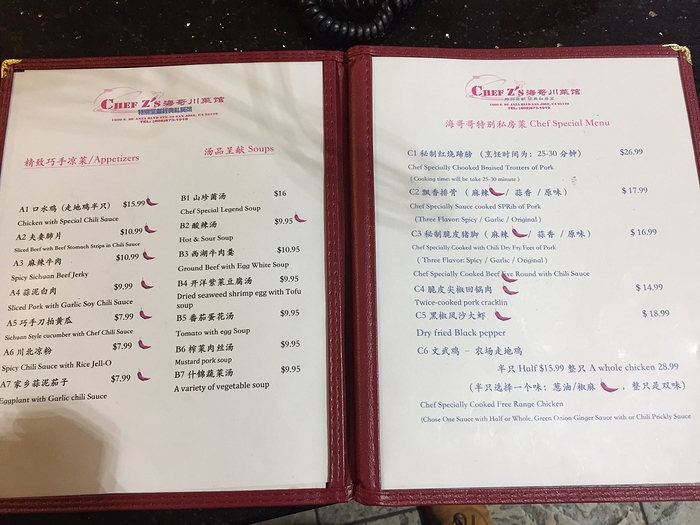 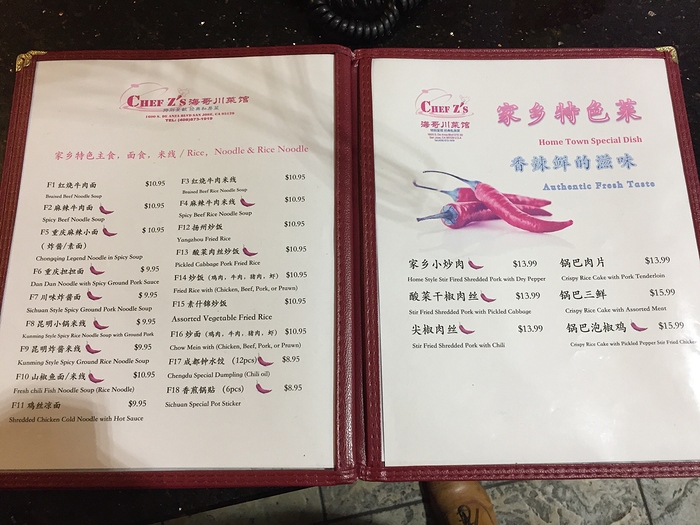 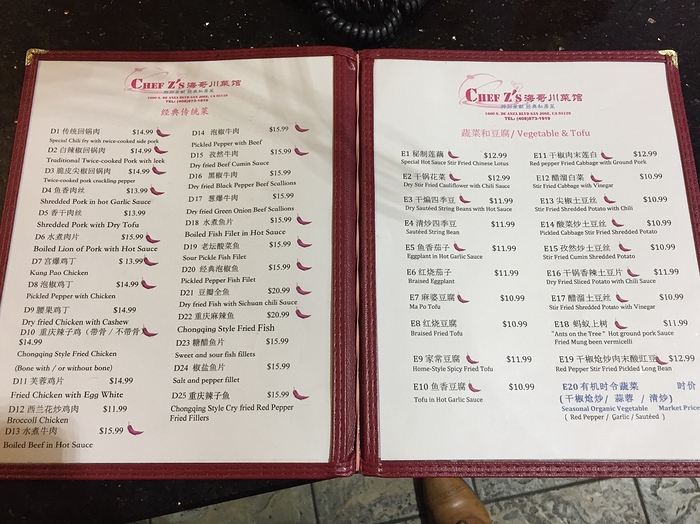 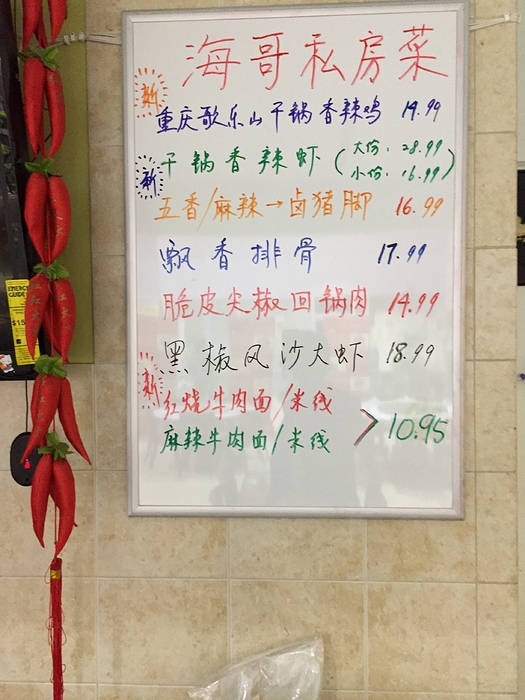 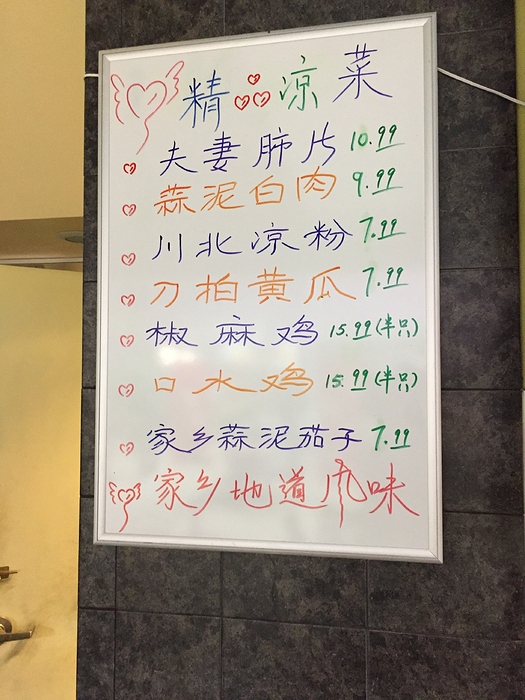 Thanks for the write up. I’ll file this away as an alternative to APPLE GREEN BISTRO.

I’m always interested in Chinese Banquets.
For the South Bay, FRI, SAT, SUN, MON are much more likely times for me, than TUE, WED, THR.

I would like to see what he would offer as a menu. Not as much as a formal dinner but something more local fare.

I would also be interested in a Yunnan-focused banquet, and as Saratoga is very far away, would prefer a weekend. Though I’ve never been to Yunnan, through a local (since folded) home-cooking service https://www.chowhound.com/post/wonderful-home-yunnan-meals-berkeley-oakland-1020918 I’ve been obsessed with "Grandma potatoes’ 老奶洋芋. In my attempts to imitate I haven’t gotten the spice mixture and/or incorporation of spiced oil into potatoes quite right.

Out of curiosity I looked up Li Rao to see what she’s up to now. Looks like she’s not in the food biz any more. LOL maybe you can entice her to join the meal if this meal materializes, and provide ‘color commentary’.

I would be interested if I can make the time. Would be also interested in his thoughts on the other new Yunnan 575 eatery in Saratoga.

Oh cool. When I have a bit of time, or next time I get tofu, I will ask him to see if he can craft a menu that includes grandma’s potatoes for perhaps a table, assuming there may be more interest on the Yahoo lists later.

Hi Sampson, I’ve been socializing the Yunnan banquet you mentioned recently and I can get 6 people there, providing I can share a representative menu of this particular cuisine.

Great! I was debating whether to give them a call or show up to talk to the chef about the yunnan banquet, and I was thinking that showing up in person would be better and less confusing since he’d remember that I asked about the meal.

So today I swung by 575 Yunnan for lunch, then went to Chef Z to talk to the chef afterwards. I asked him to write a Yunnan menu for a table. I didn’t specify the number of people, but I figure between here and the Yahoo list we should find enough people for a banquet table.

I didn’t specify the dishes other than @tm.tm’s potato dish. He’d said he’d make at least one mushroom dish, and said sourcing is time consuming, and suggested that if we have good sources for mushrooms we can bring the mushrooms a day ahead so he can prep the mushroom and get rid of the soil. Since I didn’t have a chance to talk with any of you there, I told him to go ahead and write the menu without mushroom constraint and we can think about how to get them later.

He suggested friday, saturday and sunday evenings are better times for such a meal. These days schools out, and it is slower for him.

Sounds good to me. The Saratoga farmers market is every Saturday. We can get the mushrooms to him on a Saturday and have dinner Sunday. Can you share a translation of his menu? That’s a request I make without understanding the complexity of the question… Let me know what you think.

I haven’t gotten the menu from him yet. I will share when I got it.

I can’t really imagine it’d take that long to prep the mushrooms. Unrelated but I got some morels this week, not from Far West, and its clean after a few rinses and shaking in the water. I am a little lucky this time though.

Agreed, fresh mushrooms are typically easy to clean. Especially if they are farmed. Morels, my favorite, are a little challenging as they’re both wild and hollow. Assuming you bought yours, where did you find them? And, finally on topic, what kind of mushrooms can we bring to this chef? Can you please ask when you have the opportunity?

I bought it at the Japanese veggie stand at the Cal Ave Farmers Market in Palo Alto last week. I don’t think they forage the morels themselves, which they said its from around Yosemite, but some other mushroom farmers that partners with them.

I sent the chef the Far West Fungi link and said those are typically the kind that are available around and asked him which types are suitable for Yunnan food. Haven’t heard back yet.

Here’s the selection today at the Japanese stand. Far West has its usuals. 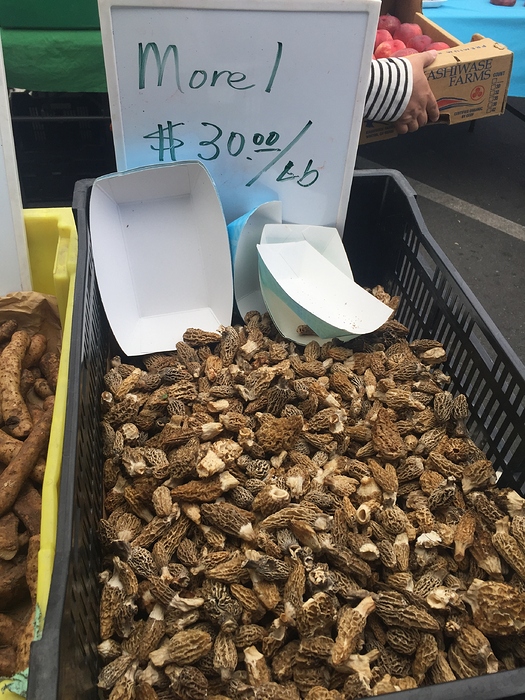 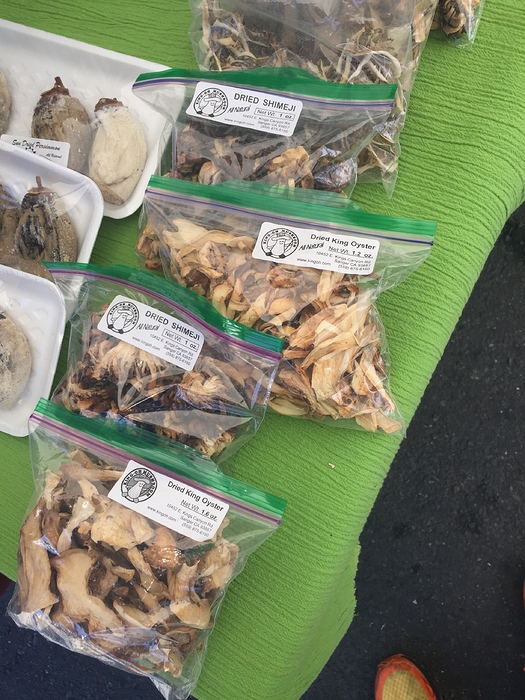 A guide to Yunnan mushrooms:
https://www.saveur.com/gallery/Fruits-of-the-Forest

I think I may have seen matsutake at FW. For the rest, only he’d know what are the good local substitutes.

I still haven’t heard from the chef.

The Japanese stand at which market?

The chef said last week that he’s in the process of writing the menu.