Tommy’s Joynt, on Van Ness at Geary, is another SF institution. It opened in 1947, changing hands recently in 2015. It is a hofbrau, which I’ve learned is kind of a Bay Area thing - like Mission burritos and Dutch crunch bread. You order by going through a line in the front, where carvers carve up pastrami, corned beef, roast turkey, and other hot meats and serve them up in sandwiches or meat plates. You can also get sides in this line as well. Drinks however are ordered at the bar or from a server.

I got a pastrami sandwich ($8.97), on sourdough. The carver fished a hunk of pastrami out of a steamer tray and hand sliced it thick onto a split sourdough roll, then served it on a plate with a bowl of jus. You can get cheese on the sandwich as well but I just had it plain.

Good sandwich and quite filling. Pastrami had a salty peppery crust, and was good and tender and juicy with a little smokiness. Not Langer’s or Katz’s but pretty good. The sourdough bun was sour and quite chewy, and was easier to chew into when dunked into the bowl of jus. The jus itself was a little thin and watery tasting though. There’s hot and mild mustard on the tables as well as horseradish. I applied some hot mustard which gave it a nice kick.

Also had a plate of tomato and onion salad ($3.31), which was fine. It was scooped out of a tray and was dressed with a vinaigrette. 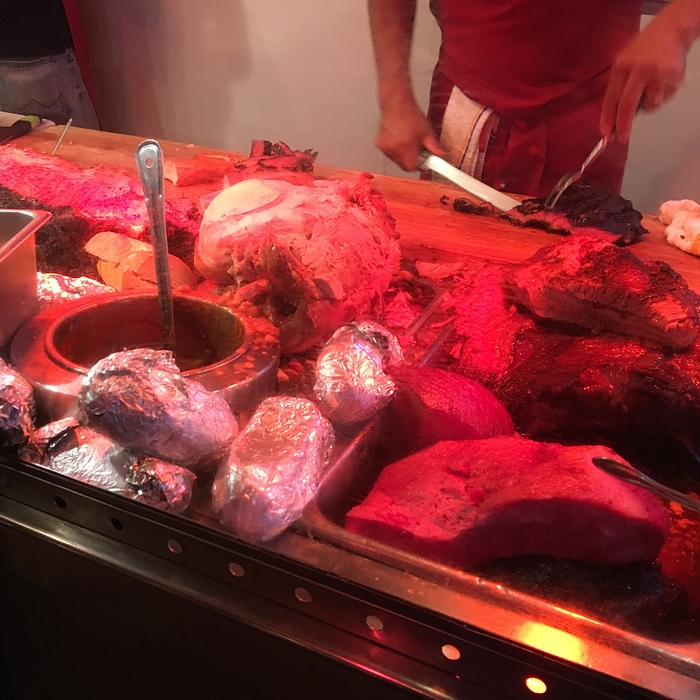 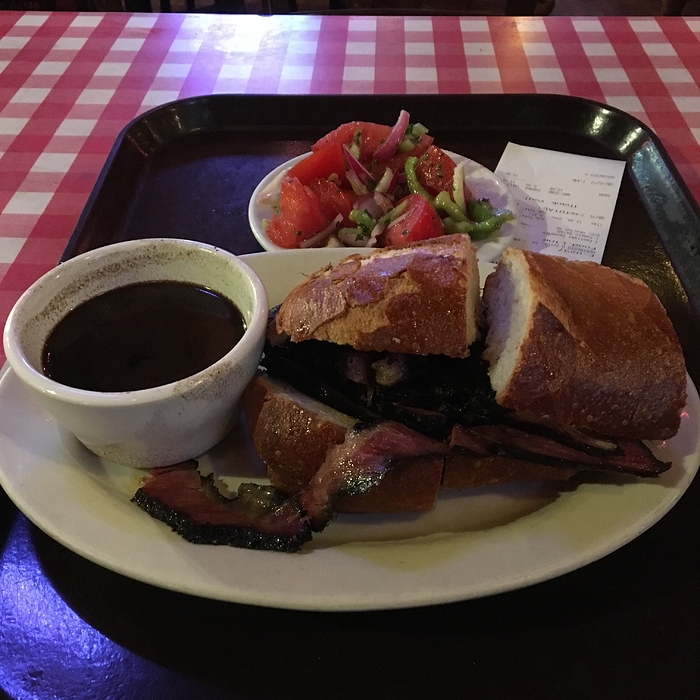 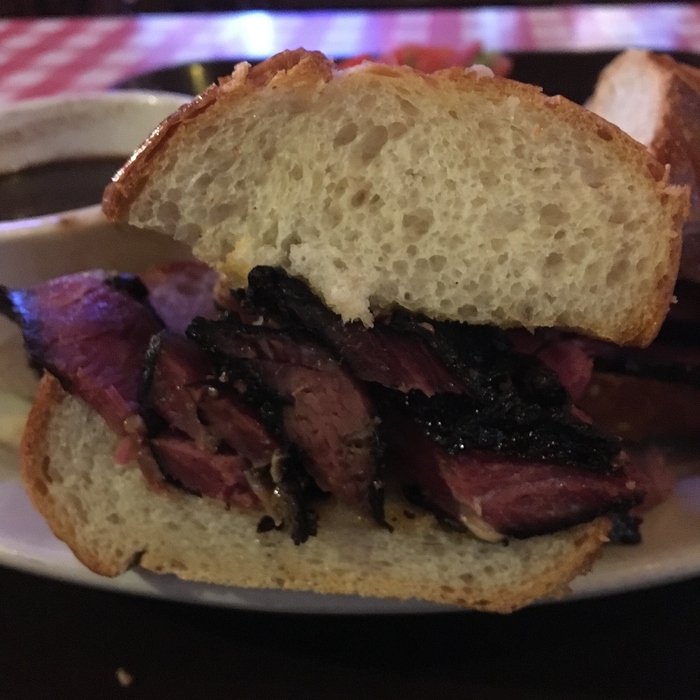 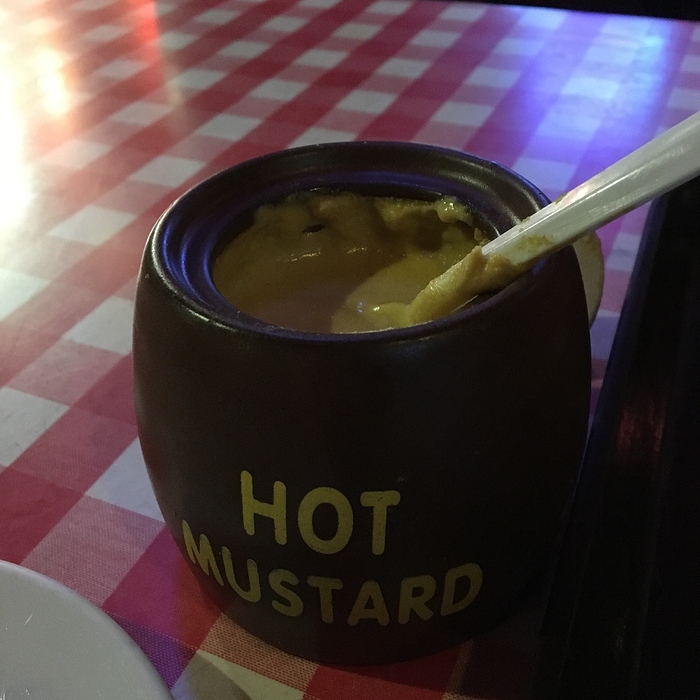 You can get free pickles from the pickle barrel. Didn’t have a beer but they had a pretty decent selection on the menu, including local brews from Henhouse, Fort Point, and Triple Voodoo, and Anchor Steam of course.