Win’s has been around for 30 years according to the owner. In fact, I thought I hadn’t been before I showed up based on @chocolatetartguy’s rec and realized that I ate there 17 years ago when I briefly lived half a block away. The restaurant has been through 4 ownership changes. The latest owner took over last year after the previous owner of 8 years retired.

I included the Chinese name of the restaurant to highlight what they emphasize as their specialties in their Chinese name- Cantonese roast meats, and noodles- all prepared in the street-facing counter at the front of the restaurant, in typical Cantonese fashion where passerbys on the street can see the selection of roast meat hanging by the window. 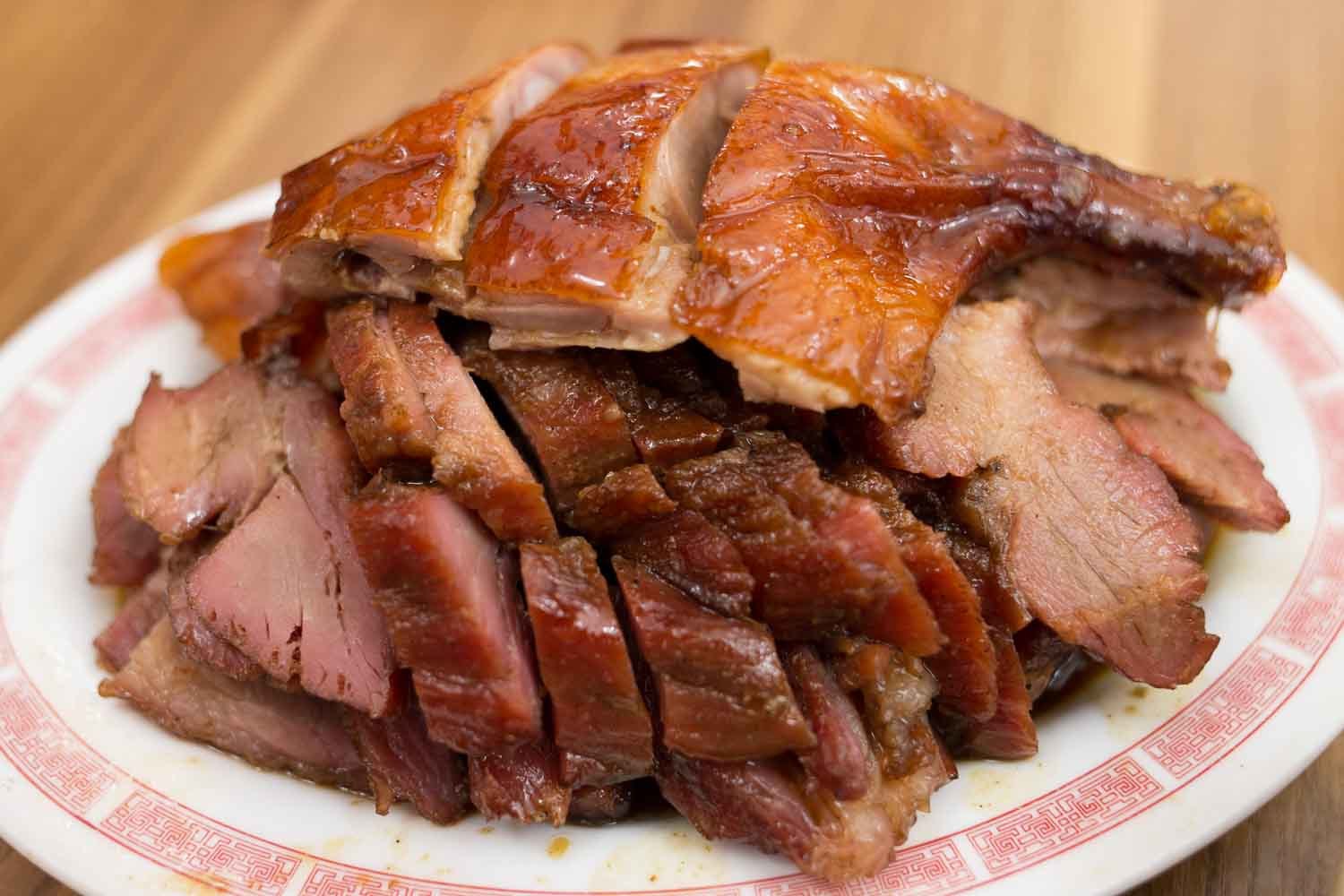 The glorious looking double combination roast meat- roast duck and roasted pork (char siu). Its $12-$13?. This plate of roast meat is the highlight of the meal. Sure, there are better char sius that use kurobuta or come from more heralded banquet restaurant/ hotel kitchens. But for neighborhood Cantonese joints, Win’s roast duck and roasted pork is competitive with anyone in the Bay Area.

The roast pork is slices of caramelized porcine goodness. The leaner cuts sit on top of the fattier cuts hidden out of sight. Arguably, fattier cuts should give a better texture and flavor, and indeed a couple of pieces of the fattier cuts underneath are just right- fat mixed with lean. The fatty cuts are on average fattier than preferred and the lean cuts are leaner than preferred. But these are quibbles reserved for much pricier plates of roasted pork (Like $20 or more for 6-8 pieces in fancier places).

The roasted duck thigh is very good. The marinated meat is flavorful. If there is a small issue, the skin is not crisp- likely the duck has been around for a bit. But the flavor remains regardless. There are also marinated soy beans underneath all the meat. 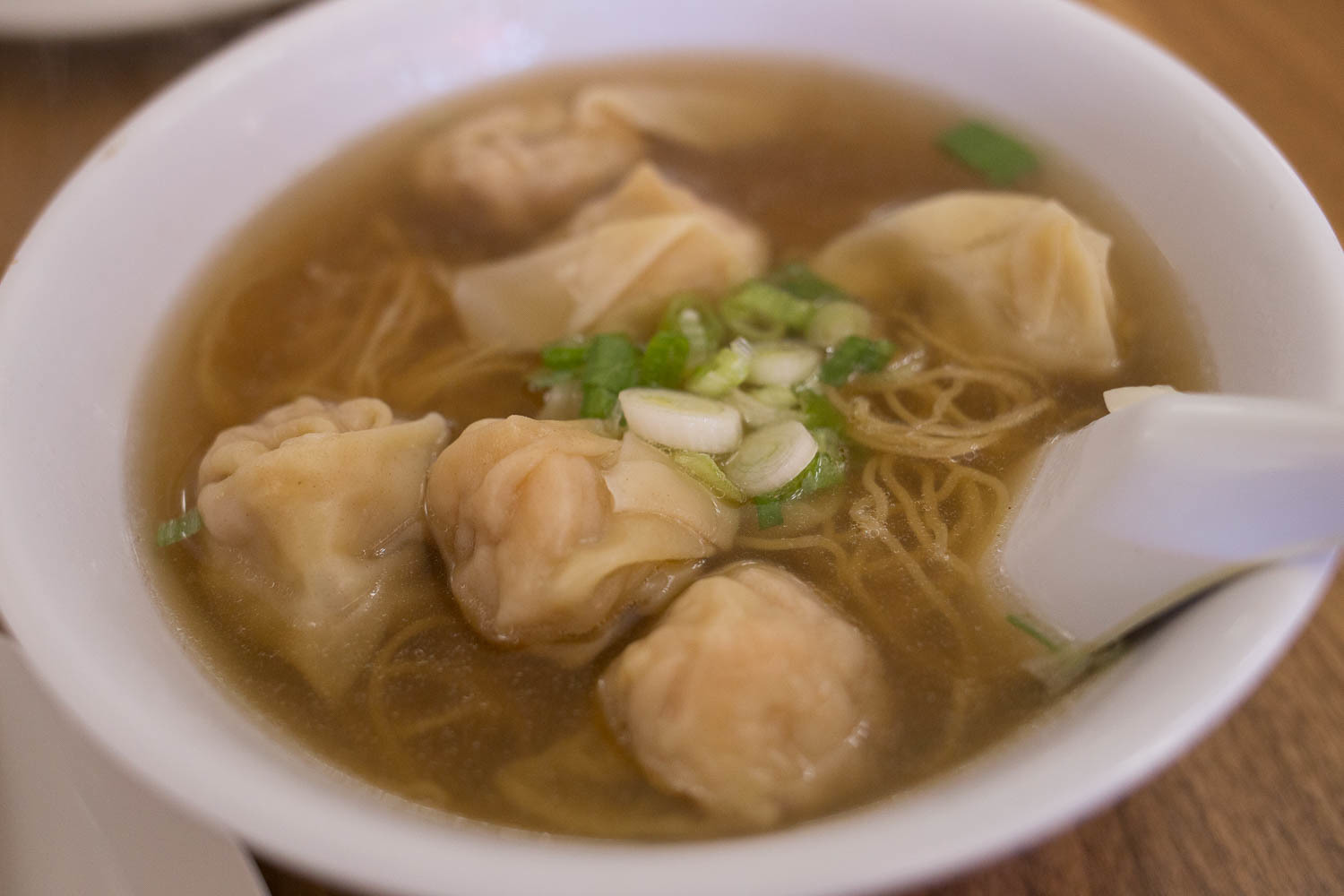 The wonton noodle soup is nice. Perfectly al dente (to the Cantonese palate, which likely translates into more al dente than preferred in other cultures) noodles. Wontons are ping pong ball sized with a good ratio of pork and shrimp. Better shrimps can be used, but I haven’t seen a bowl of noodle soup anywhere starting with the digit $6 for a while. Purists will argue chives should be used, and stronger tile fish taste should come from the broth. The bowl is, nonetheless, perfectly enjoyable. 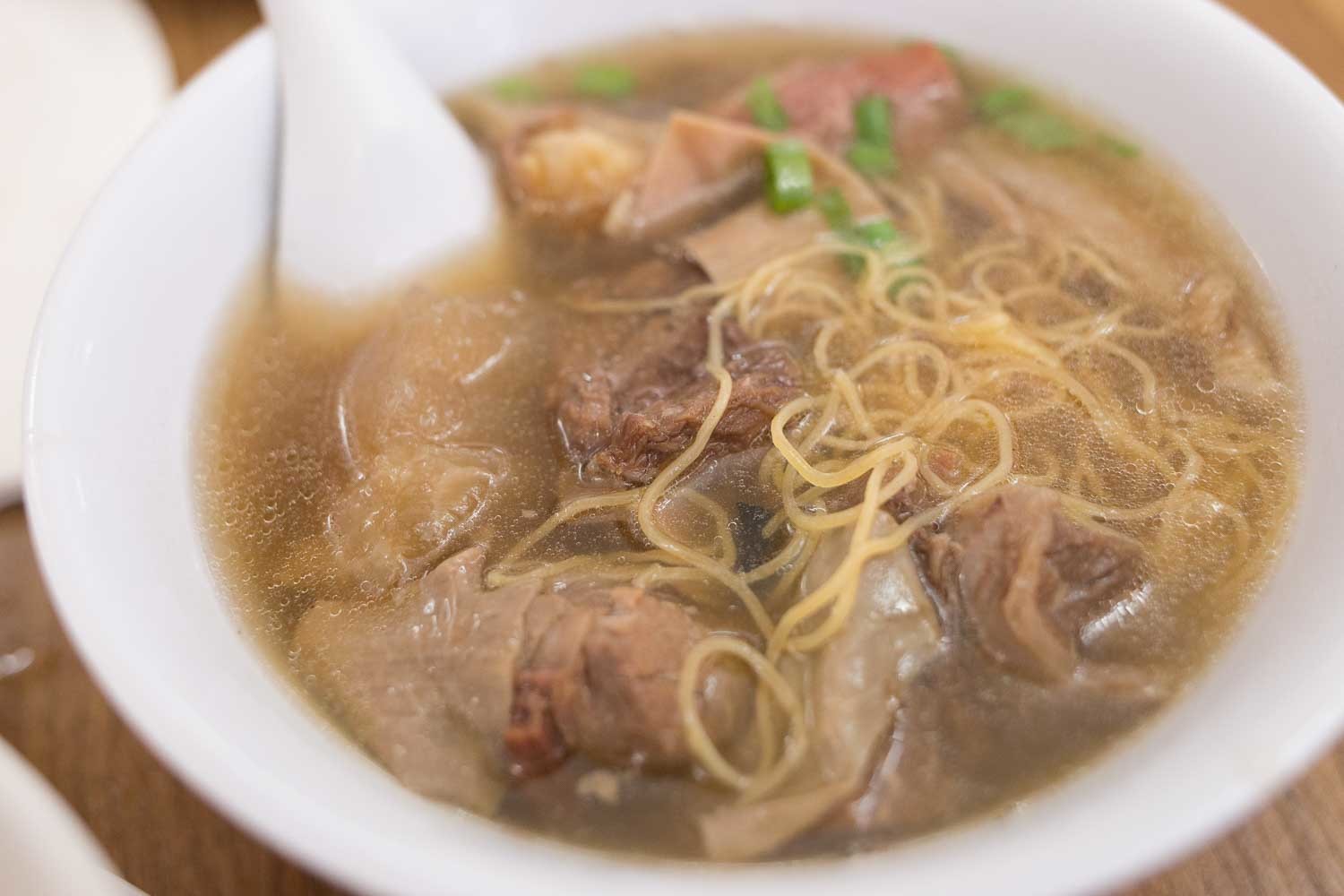 Beef brisket noodle soup. Beef briskets are marinated in a 5 spice type broth. Flavorful. Though arguably some pieces need 3 more hours of simmering while some pieces are perfectly done. Also has tendons and daikon. 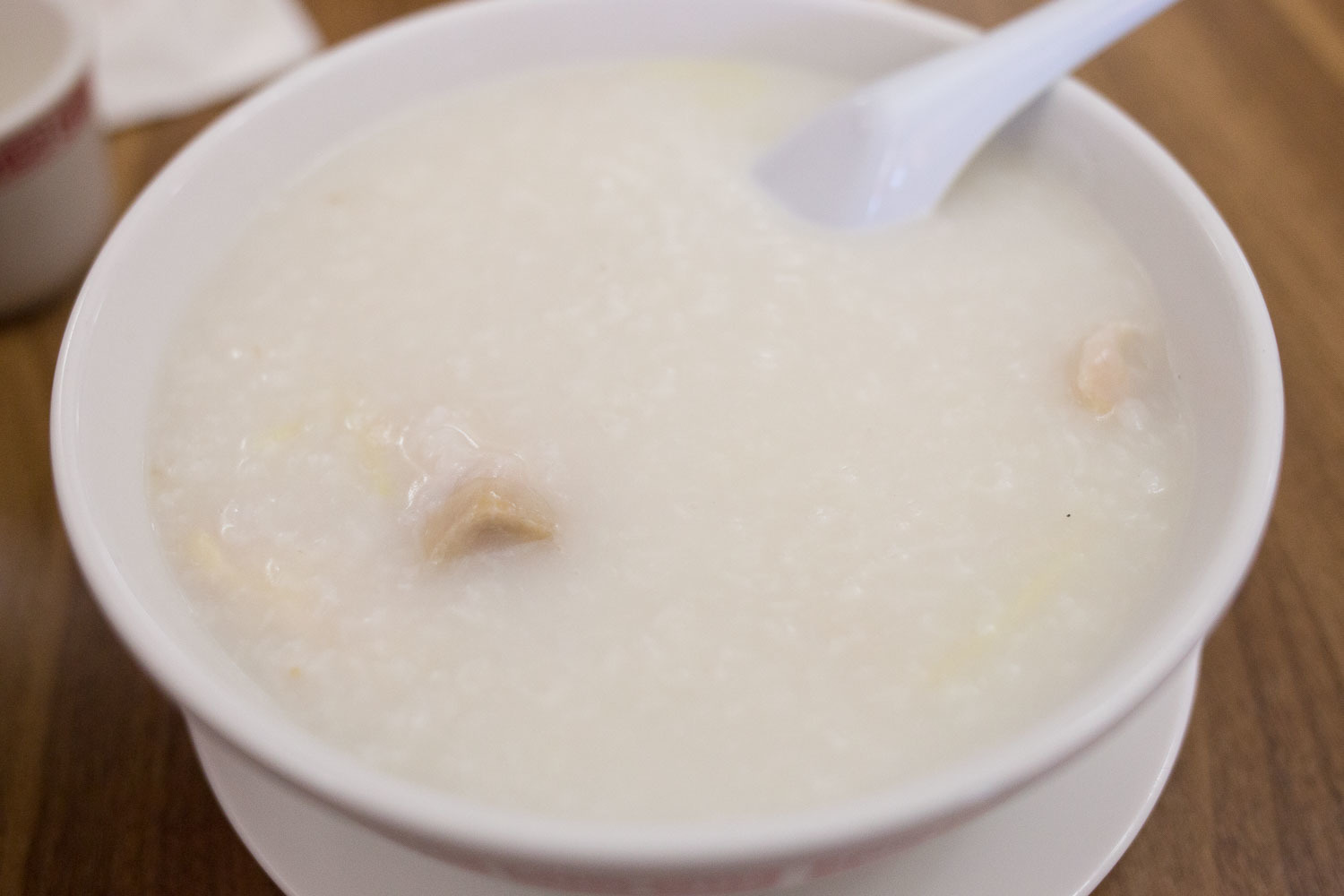 The porridge is a bit bland, and the fish, whose English name is unknown to me (cham long), is overcooked. Well, there is no porridge in Win’s Chinese name.

One really need a reason to trek almost all the way to the end of the L line in Outer Sunset- its pretty far out. I was at the zoo, and I’d happily return to eat more of their roast meats and noodles. Its a good neighborhood option that’s both satisfying and very easy on the wallet. But think about it this way, if people can trek all the way to Outerlands, its not any farther to trek to the rather less fashionable and much more modest Win’s on Taraval. And you get to hang out with Cantonese grannies in a 1960s-Hong Kong-‘cha chaang teng’ environment without having to wait 2 hours on the weekends. 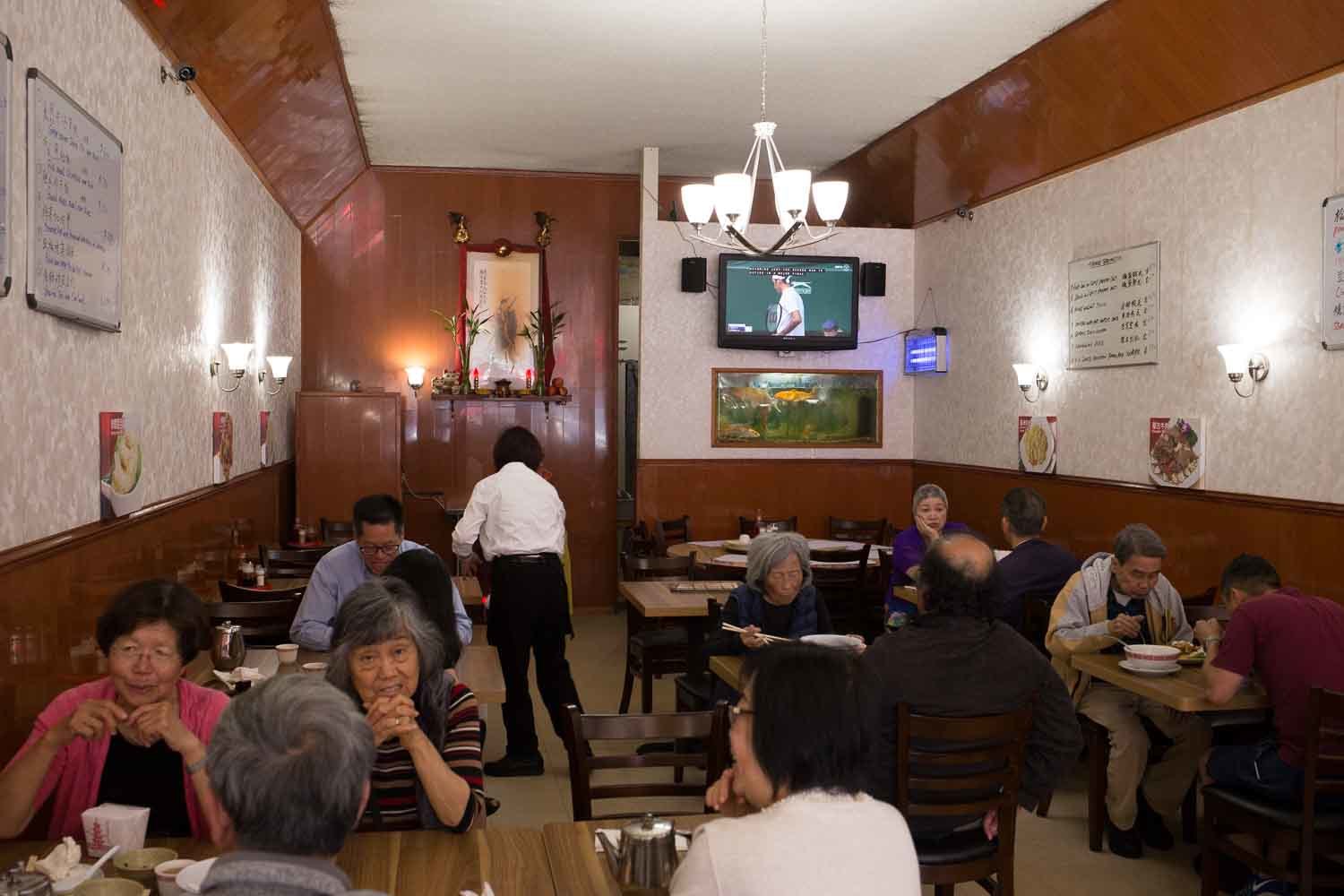 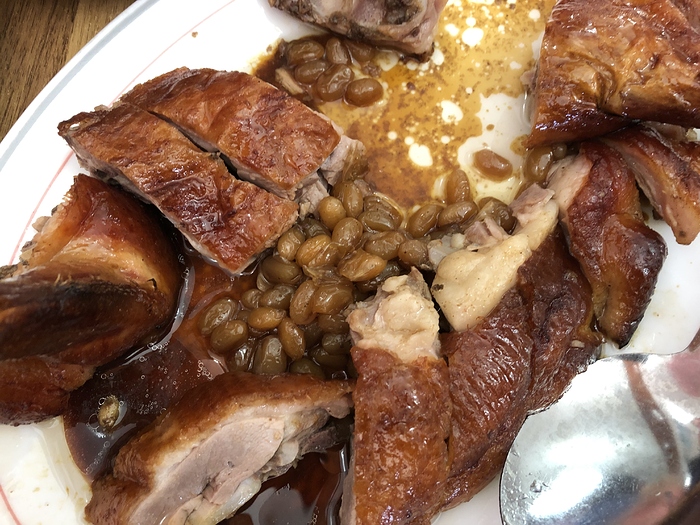 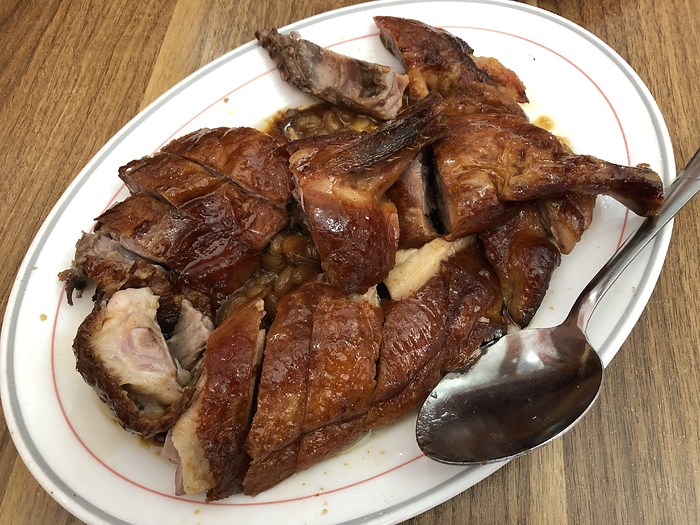 The roast duck has a flavorful (crisp, not shatter-crisp) skin, juicy meat, definitely better than Ming Kee. Underneath the duck were the juices, salty-sweet-star-anise flavored, yellow soy beans. 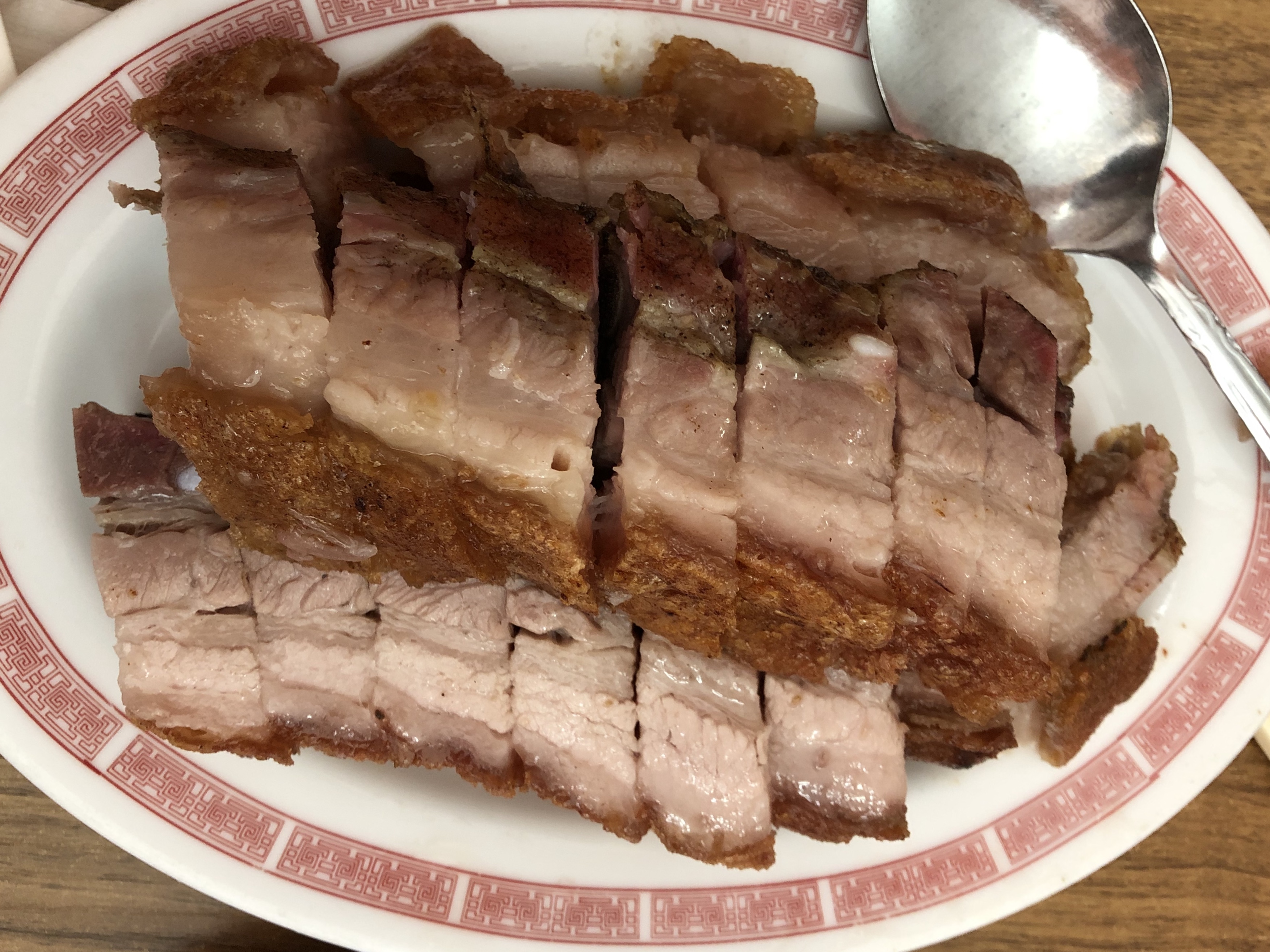 It helps to know the names of seasonal vegetables— the server offered only Chinese broccoli, which we got steamed and came green and tender, but a gentleman at the next table knew to ask for Chinese mustard (Gai choy), and lets us taste some. His wife also offered us their house special preserved vegetable Yang Chow Fried Rice, which was light on oil, and had little roast pork cubes and salty preserved mustard (Mei Cai 梅菜).

#4 dumplings in supreme broth had a salty, MSG-potent broth and wontons stuffed with small whole shrimp and wood-ear mushrooms. I’d get this with noodles next time.

I’ll definitely be back— very close to the zoo, and a few doors down from Andytown Coffee.

One of the best known restaurant supply places in NYC is Win’s Restaurant Supply. They’ve been around forever & almost always have the best deals. The name in the post title caught my eye but it’s a different Win’s.

I’ll definitely be back— very close to the zoo, and a few doors down from Andytown Coffee.

Yeah. Grab lunch at Win’s, then grab some pastries and coffee to go from Andytown for the zoo. Gourmet…!