I went to Poc-Chuc in the Mission for a late lunch on a lazy Sunday. A short walk from the 16th Street Mission BART station, Poc-Chuc focuses on Yucatecan cuisine.

I had their eponymous dish, the poc chuc, described on the menu as “grilled citrus marinated pork served with vegetable-bouillon rice topped with grilled onions, tomato salsa and a side of black bean puree”. It was all very good. The pork chop was sliced fairly thin with a nice smoky flavor from the grill and a little citrus flavor from the marinade. Not the tenderest pork but very flavorful. Kind of had the texture of a really thick slice of bacon. It was served with sweet grilled red onions, a cabbage slaw that had some citrus and cilantro in it, a bit of chunky tomato salsa, and a cup of finely pureed black beans. The rice on the side was well cooked and flavorful. It looked like normal white rice but I guess maybe the vegetable bouillon adds a little something to it - it was very good rice. It also came with four hot medium sized corn tortillas which were a little thick and very tasty. I believe they are handmade. Really good tortillas. A large amount of food and a good deal at $15.

Poc chuc (grilled red onions were on the side). 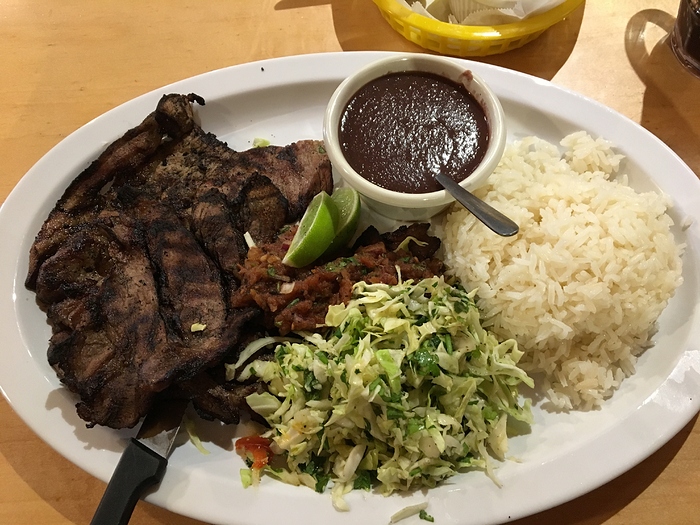 Some of the tortillas. 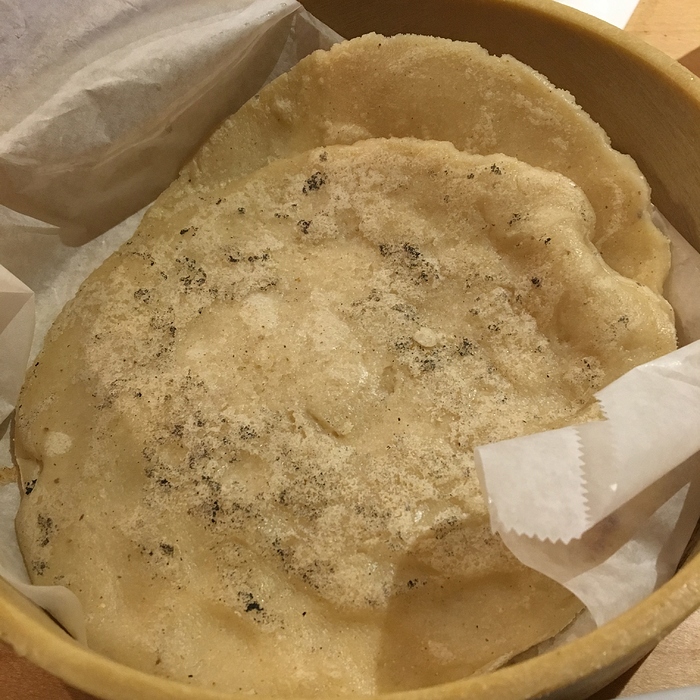 Chips and salsa. The habanero(?) salsa on the left was quite spicy. 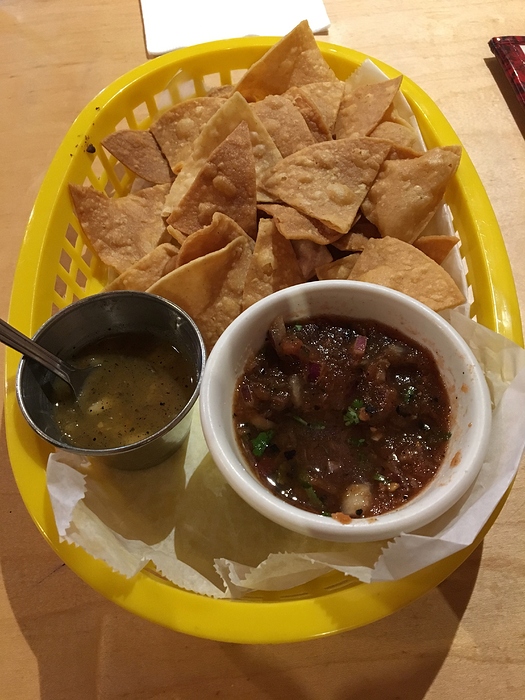 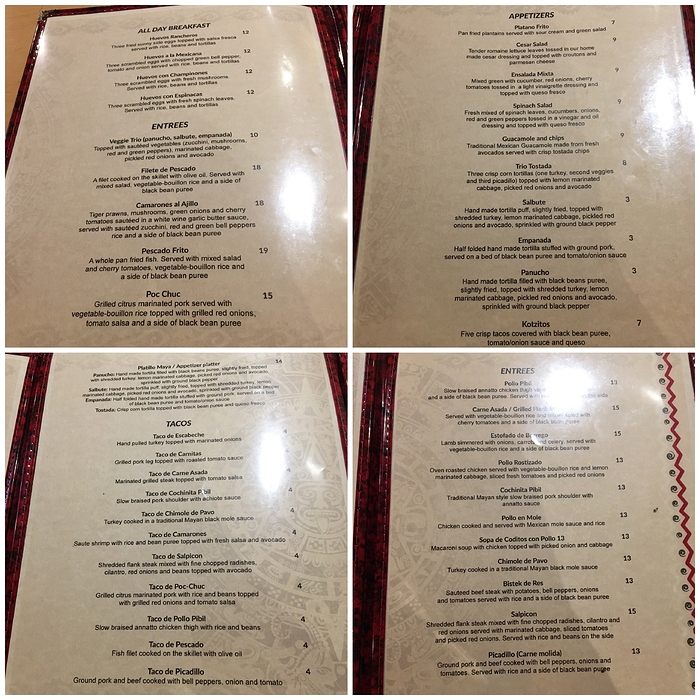 I think I must have bookmarked Poc Chuc for their Yucatecan specialties for like a decade now and still haven’t been. Have you tried their other stuff like cochinita pibil?

I have only tried their poc chuc. Their panuchos looked pretty good too.

here’s a review I did for Mission Local. I don’t think much has changed since then!

Thanks for the link to your review! I pretty much agree with everything you wrote about the poc chuc. Didn’t know you could get refills on those excellent tortillas though I was pretty stuffed after eating four of them. The platillo Maya looks like a good way to try a bunch of things.

I am so late to the party but I am so glad I finally made it to Poc Chuc! Since I lived down in the Peninsula, it rarely occurred to me to eat Mexican when in the city. It is now a firm favorite, not just in the city but around the Bay Area as well. We had a larger group so we were able to sample quite of lot of things on the menu. @mariacarmen I read your review after I got home and I agree with everything you said.

The grilled citrus marinated pork was delicious. Not the most tender but its expertly marinated and oh-so-flavorful. The group took most of the rice but what little I got it tasted fantastic. I don’t know how they are able to infuse so much flavors into the rice with just veggie stock. I have to go back just to get more of that rice. The kids also loved the black bean puree.

My favorite dish of the meal, and one of my favorite Mexican dishes anywhere. The black mole sauce/ soup, was deeply flavored by the seasoning, spices, and turkey. I agree with you @mariacarmen- enough with that sharing nonsense. Next time that dish is all mine. After the meal we took leftovers of various dishes home, but this dish didn’t make it home because I made sure to finish it before I left.

Does this dish have another name? I can’t find another restaurant in the Bay Area serving it. 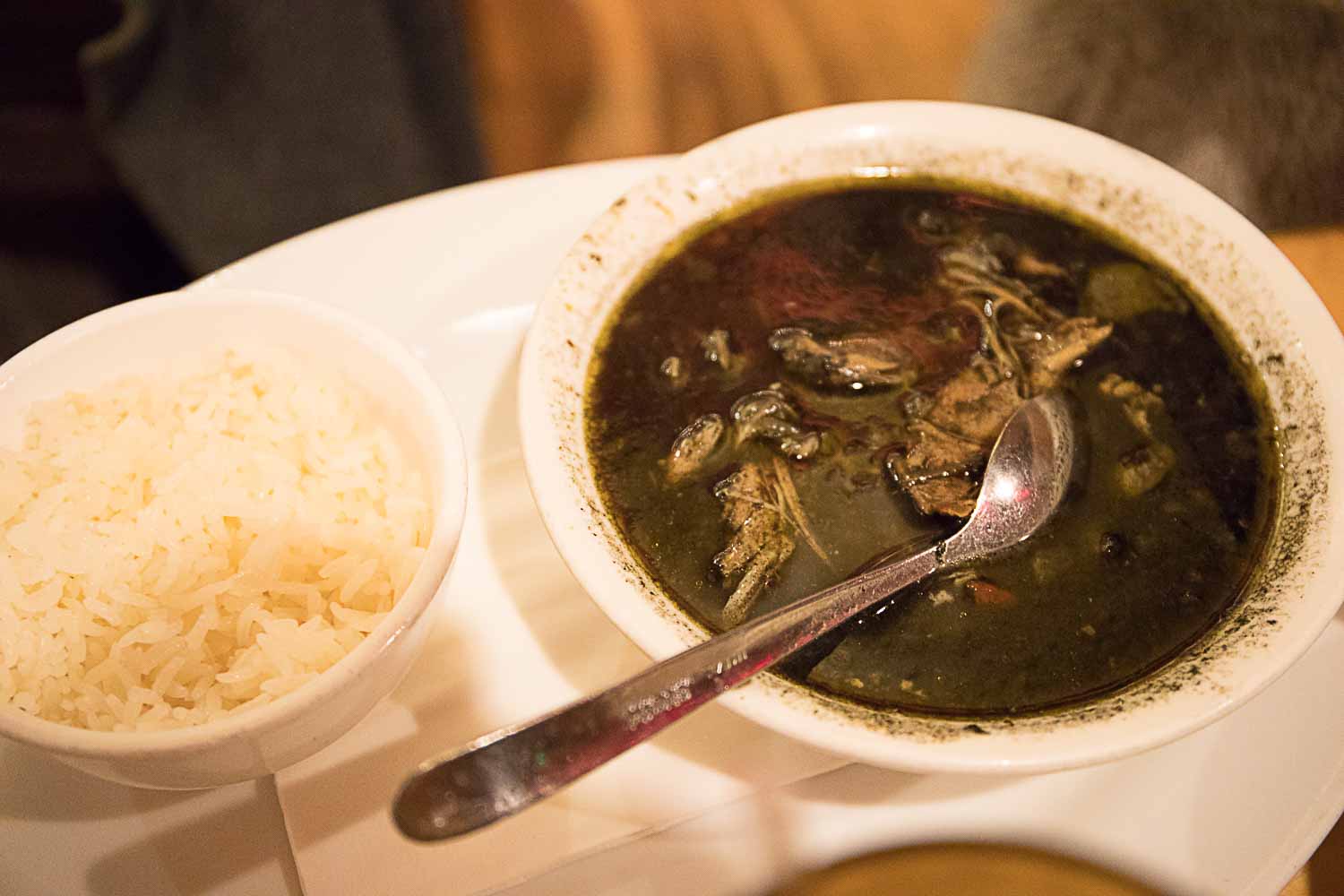 Its a special for the evening. Plenty of pork belly, shoulder and hominy in a chili broth. Satisfying. Though I’d get a second chimole de pavo than the pozole. 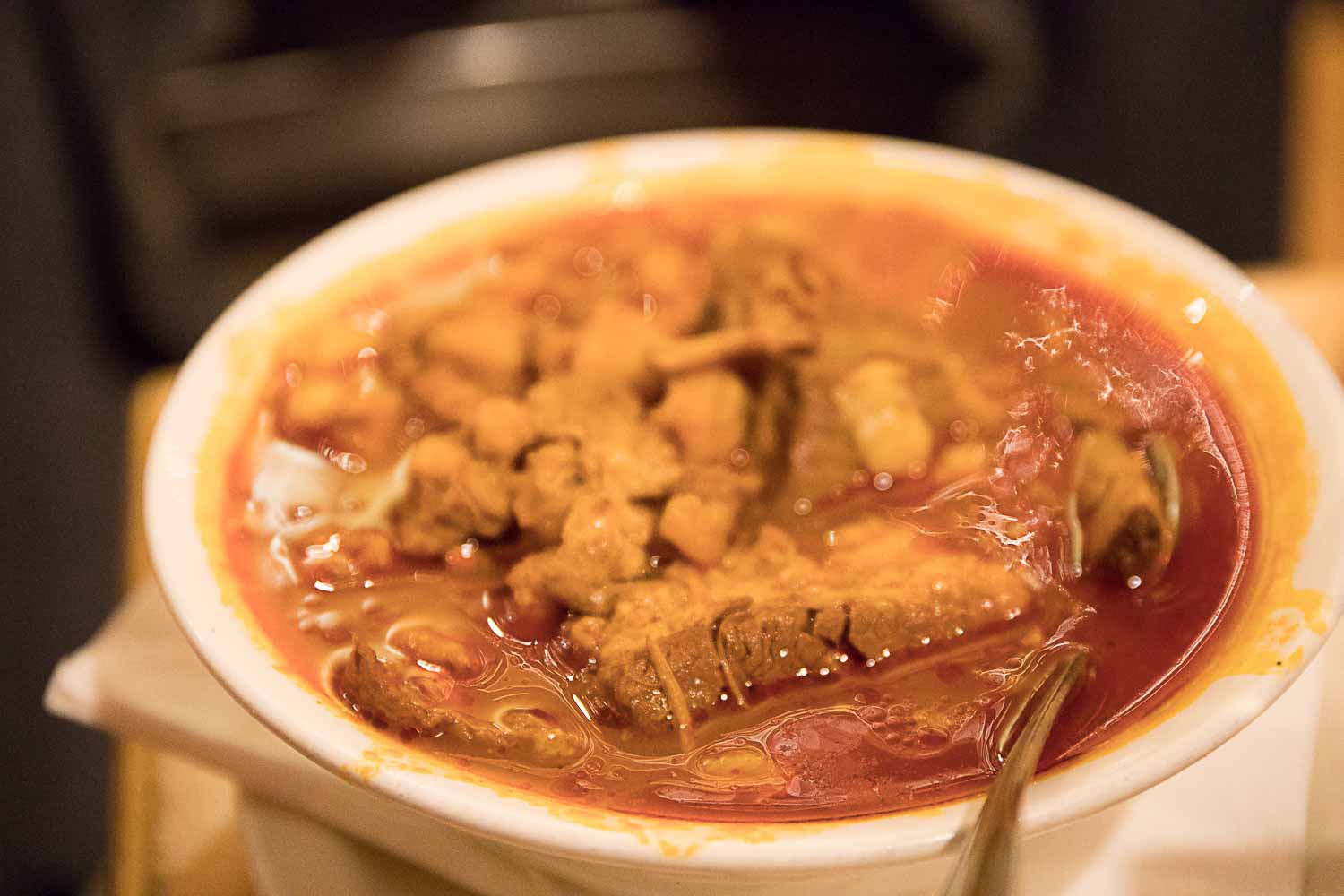 This mole is on the sweet side. I think its ok. 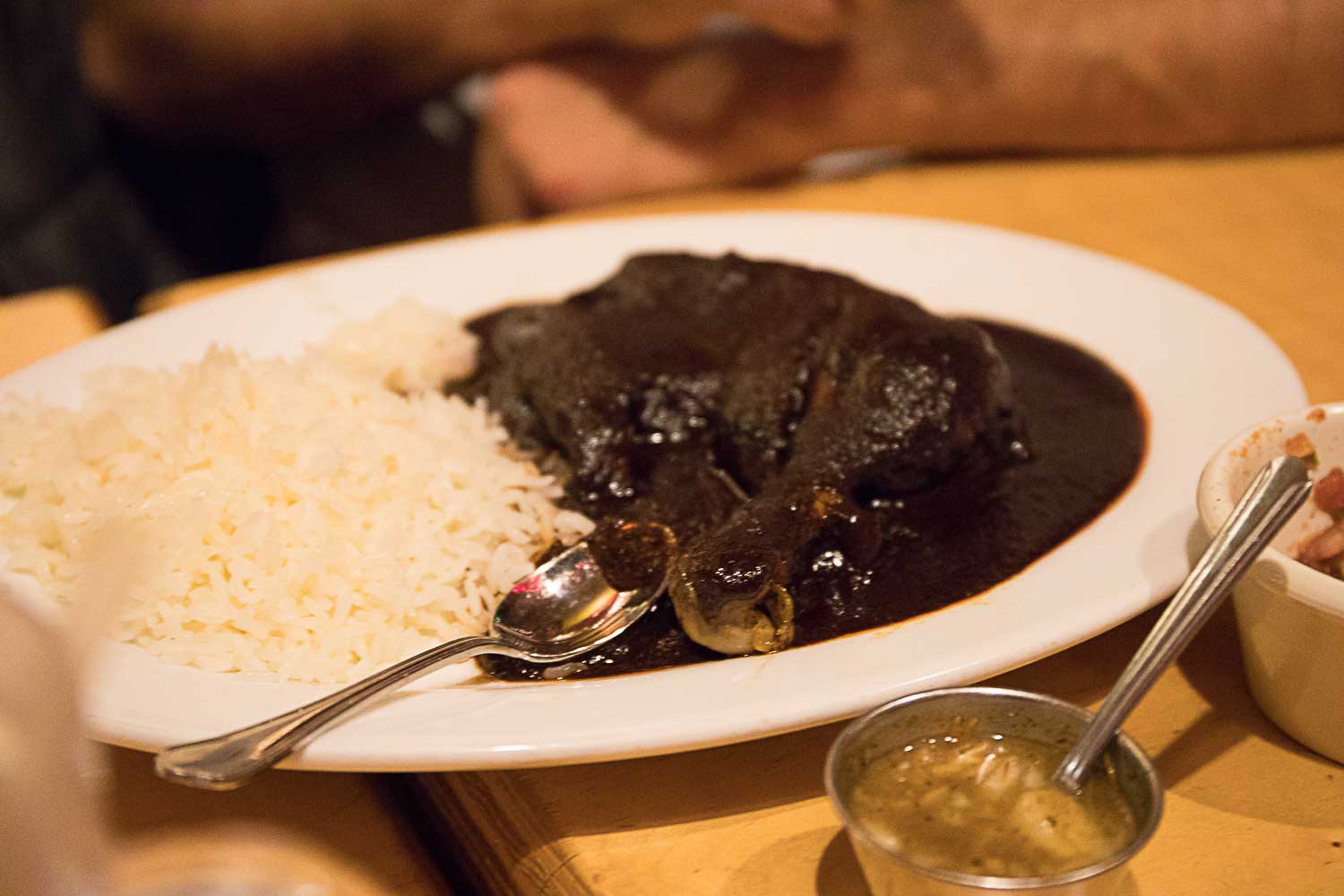 Braised pork shoulder in annatto sauce. Its nice though I thought the pollo pibil which we got as a taco was a better fit with the annatto sauce. 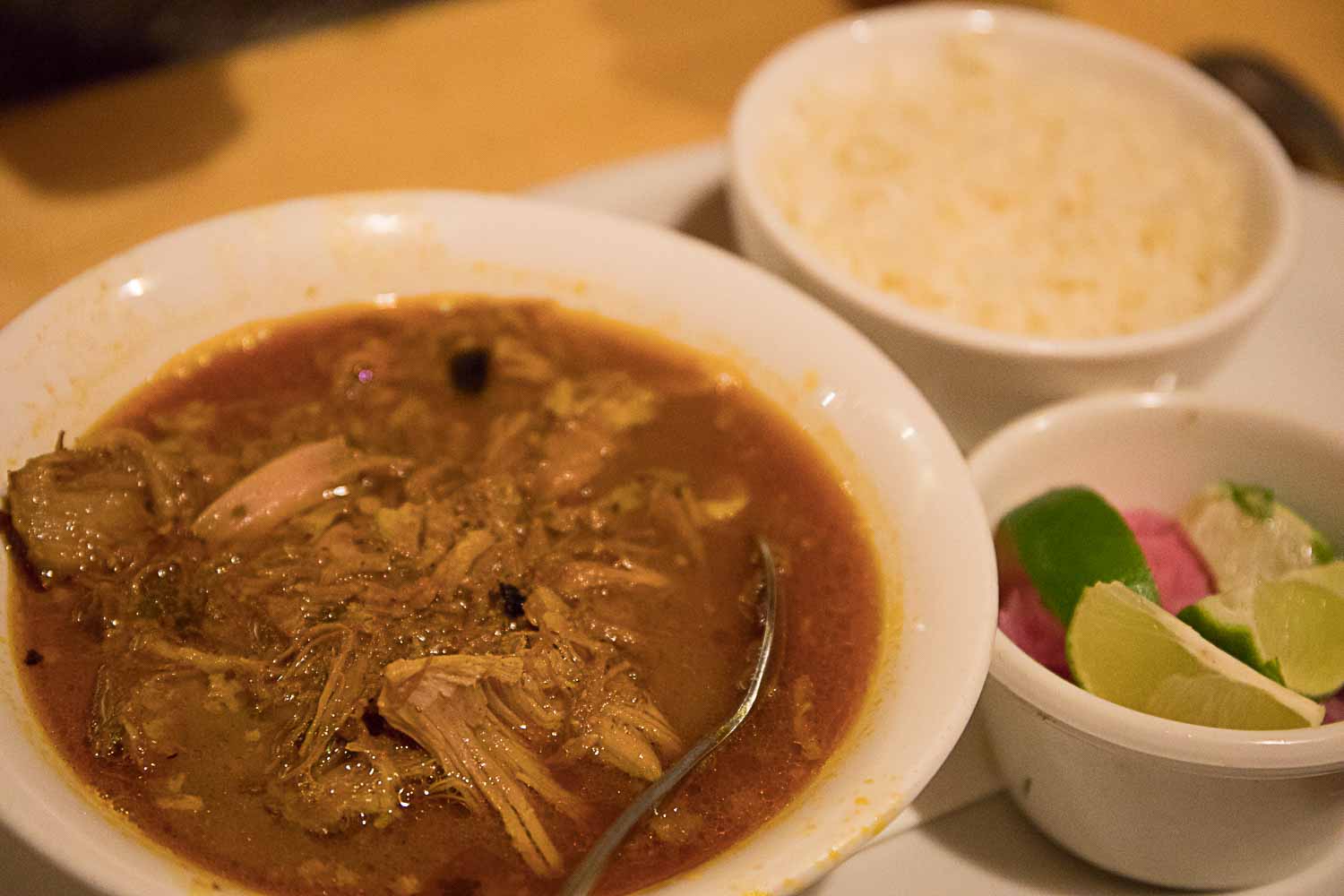 Each taco came with loads of meat (to justify the $4 price tag?) They all tasted quite good, though I really like the pollo pibil- chicken thigh slow braised in annato sauce, tender and delicious. Would prefer that there’s less meat for a better balance with the salsa and tortillas. 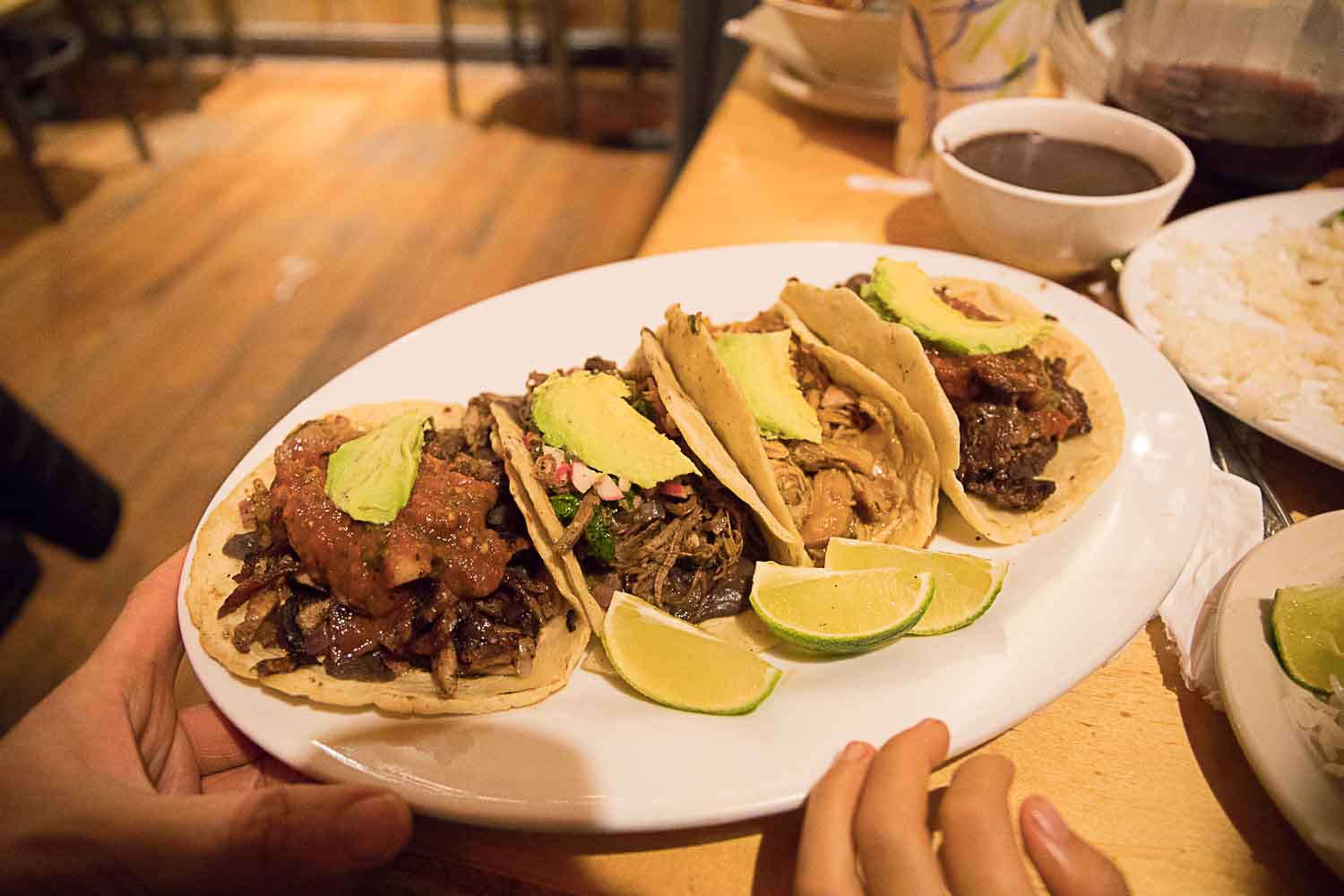 The handmade corn tortillas came steaming hot, and they were very good and we got refills. The tortilla chips were hearty and excellent. We also got the watermelon and hibiscus aguas frescas.

From your description, The Chimole de Pavo is known elsewhere as Relleno Negro. I vaguely remember learning that it’s traditionally done with turkey, so the Poc Chuc version might beat Castillito Yucateco’s pretty good version, which was made with chicken at one point.

Hmmph. looks like relleno negro is not that popular of a dish in the Bay Area. A casual search turns up a few places that serve it- Mi Yucatan, Cochinita Food Truck, Yucatasia. And Castillito Yucateco above.

You should try Poc Chuc’s version and tell us how it compares!

An SF Chronicle article put a dish called rellena negro/ chilmole on my radar and I kept meaning to try it. I got my chance tonight when I noticed a new Yucatan place on Mission between 24th and 25th, Mi Yucatan. The menu is broader and cheaper than the slightly less new Aktun in Bernal Heights. The rellena negro is black from charred chilies, and it is potent! Once I got beyond both a coughing and sneezing fit, I enjoyed the complex flavor. There are lots of chicken pieces and thick slices of …

I am so glad this is your first try. You’ve inspired me… maybe my next meal mission-ish? I haven’t been either.

I just looked and I don’t think there are any Yucatecan food in all the Mexican restaurants in Redwood City. I think we got plenty of Michoacan, but none really serve food from the Yucatan peninsula.

We got out-of-town visitors. I was worried a bit when we got there, because it was a humble looking place. So absent of decor, stories, etc. the food really had to work out, and it did.

I just looked and I don’t think there are any Yucatecan food in all the Mexican restaurants in Redwood City.

Concur. I know I’ve seen cochinta pibil on a menu recently, but I’m scratching my head as to where and when.

So glad you liked it! I hope that place hangs around. I keep forgetting they have mole, a Lyft driver was asking me where to get mole in the Mission! d’oh!