Went to La Torta Gorda in the Mission on 24th Street and had the rajas y queso (peppers and cheese) torta. Very good, especially for a vegetarian sandwich. Some roasted peppers are grilled with some cheese and red onions, and then put in a pressed toasted light airy round roll that has been topped with avocado, refried beans, and pickled jalapenos. Topped with some more thick slices of cheese that had a slightly grainy consistency (queso fresco?). The peppers had been previously charred and blistered before hitting the grill and had a bit of smokiness. The roll was a bit softer and less crackly than the one from Los Tortas Picudos down the street. Slightly messy to eat. I got the junior size ($8.25) which was plenty. 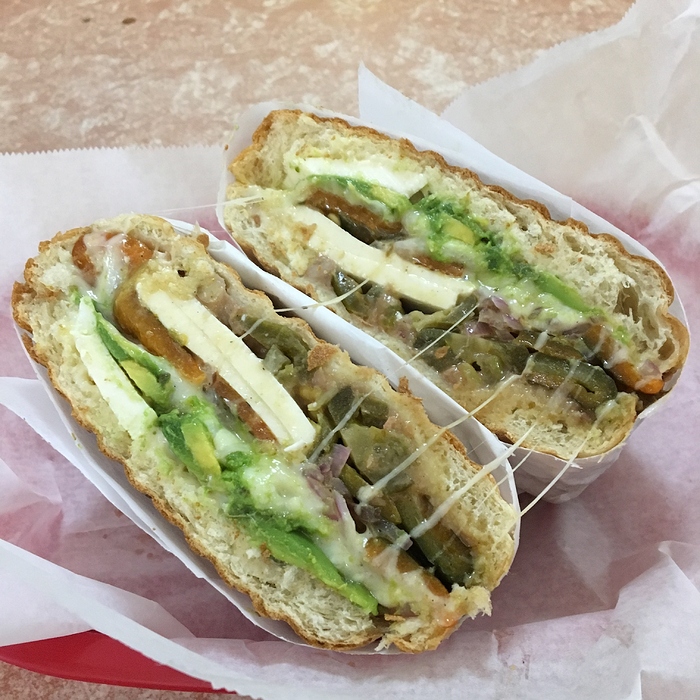 That is a great sandwich, and good value. IIRC, they source their bread from Royal Bakery in excelsior.

I don’t know if La Torta Gorda gets their bread from Royal Bakery, but Tortas Boos Voni definitely does

Tried a couple more tortas from La Torta Gorda. The first is the china poblana ($10.95 for Jr. size), which has chopped up carne asada, melted Oaxacan cheese, grilled cactus, and topped with more cheese (queso fresco). Very good, kind of like a cheesesteak filling-wise, with the addition of the slightly crunchy cactus strips. I think this may be my favorite sandwich here so far. 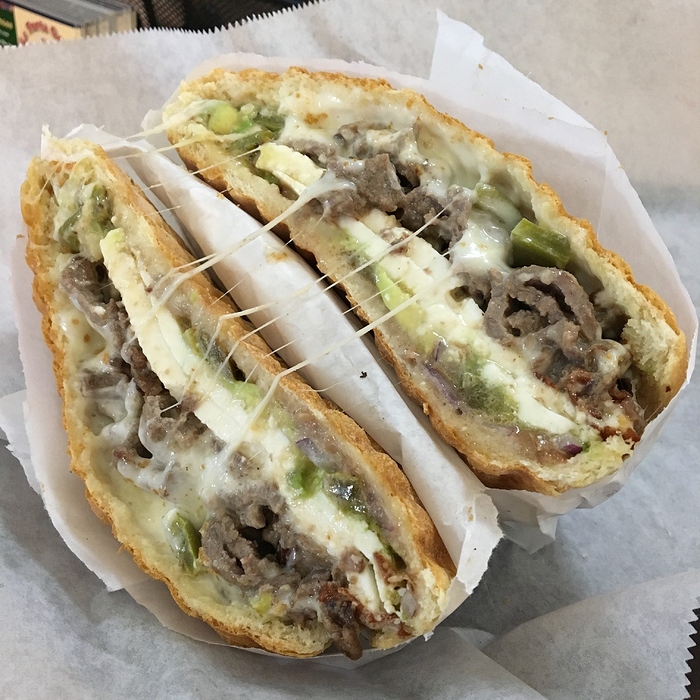 Also had a pambazos torta ($9.25 for Jr. size). The bread is covered with a bit of red chili sauce and then toasted on the grill so it forms kind of a spicy chili coating. Filled with a mix of potatoes with chorizo, then put into the bread with some shredded lettuce and a squirt of crema. Topped with a couple slices of queso fresco. This wasn’t bad but was a little bit of a carb overload for me. It’s basically a home fry potato sandwich with some cheese and a little bit of chorizo. 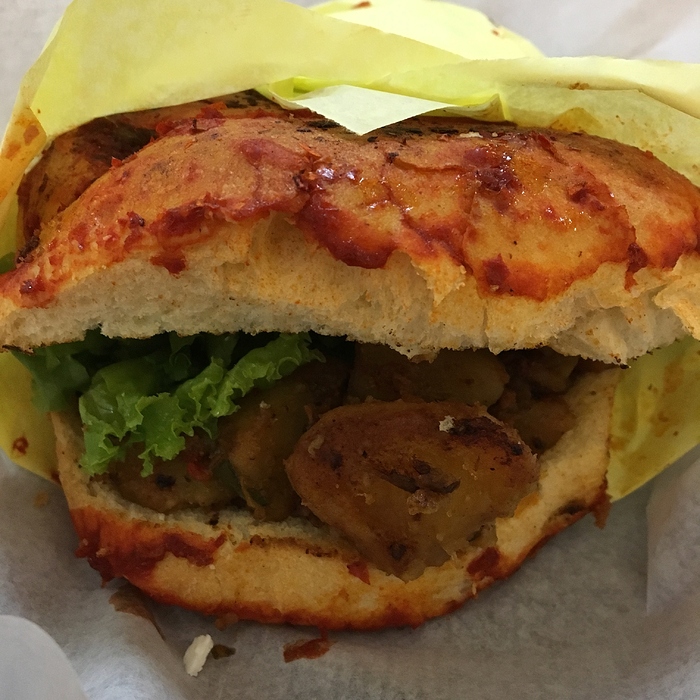 Tried the chicken milanesa torta from La Torta Gorda ($8.75 for Jr. size). The pre-breaded chicken cutlet was fried on the grill with a few sprays of oil. Not bad but the milanesa was a little on the dry side. Maybe they use white meat. 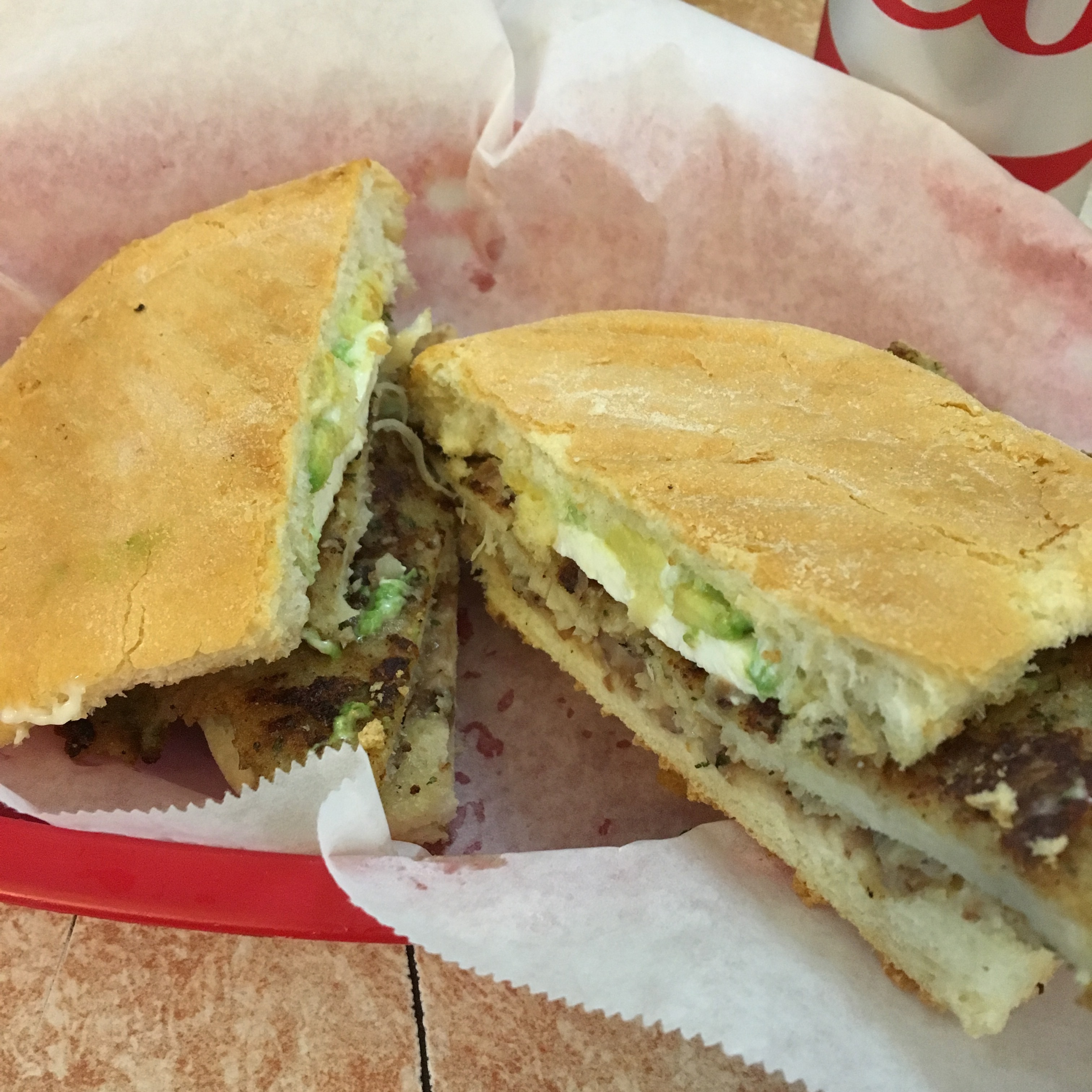 @Hyperbowler’s post about cemitas at Los Carnalitos reminded me of a cemita I had at La Torta Gorda a while back. It was on the specials board. They asked me what meat I wanted with it, and I had it with chicken milanesa. Constructed on a hamburger like roll, topped with avocado, a smoky chipotle sauce, a bit of ham, and a humongous layer of stringy cheese. This was the first (or one of the first) cemita that I’ve had so I don’t know if this is typical or not. The cheese, while good, kind of overwhelmed everything. It was mostly cool in temperature. If I get a cemita next time I think I will ask for less cheese. I think I will stick with their tortas though. 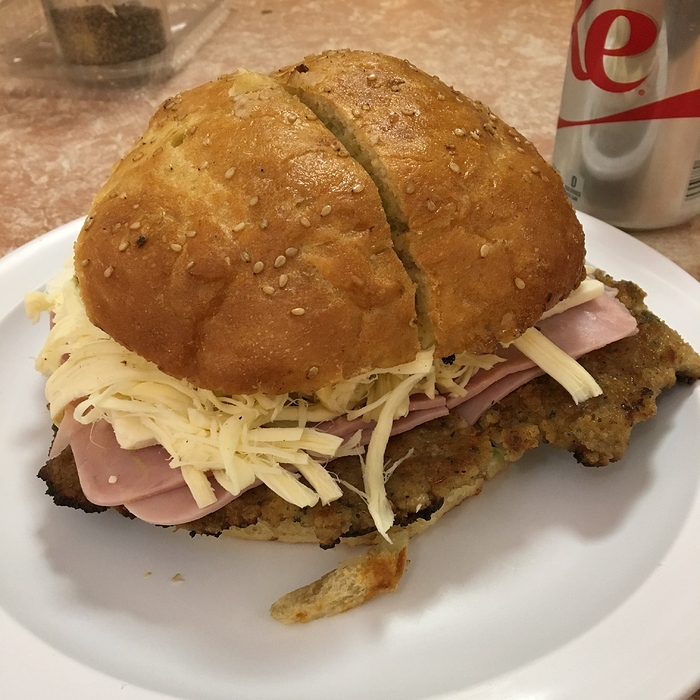 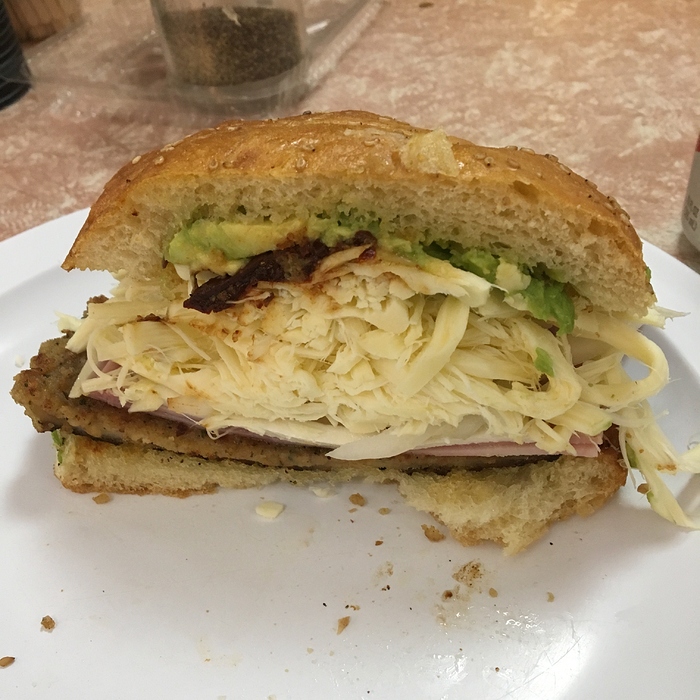 I want to revisit their cemita— I was there last week and noticed the bread had a darker brown hue. Unfortunately, the sandwich wasn’t yet available because papalo wasn’t going to be delivered for another hour.

Instead, got our typical order of rajas con queso torta and a chicken mole plate, both as good as ever. We also got a giant taco, on a handmade tortilla.

I’ve noticed that main dishes have industrial tortillas, and the taco, huaraches, and other fresh masa items come directly from La Palma across the street— With this in mind, La Torta Gorda’s back patio is a great way to enjoy La Palma’s bounty, licuado in hand.

For comparison, here is a picture of one I had at Taqueria Coatzinga in Jackson Heights, NY, which is known for its cemitas. I love the way they follow the New York tradition of wrapping sandwiches in butcher paper before slicing. 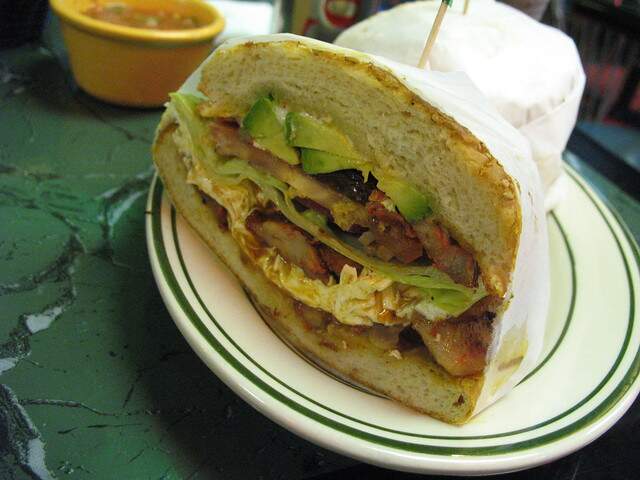