RTB Fillmore is a pop-up casual fine dining restaurant from chef Rodney Wages, formerly of such restaurants as Benu and Atelier Crenn. It’s in the Fillmore off Geary in the previous home of Mosu. Prepaid reservations are available on Tock, and dinner is off a set menu with some optional additions.

I had a bit of difficulty finding the building as the only signage is a little card on the door.

This was the menu for the night. 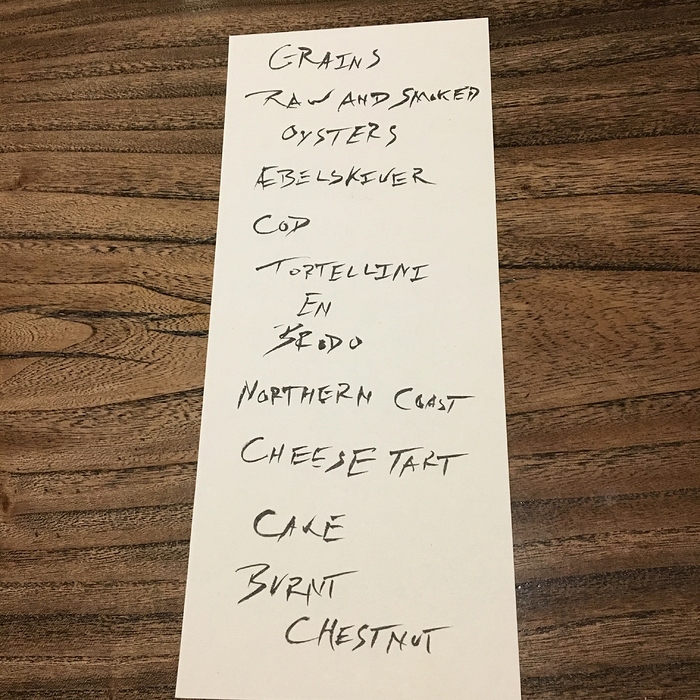 Available add-ons. We didn’t add on anything extra. 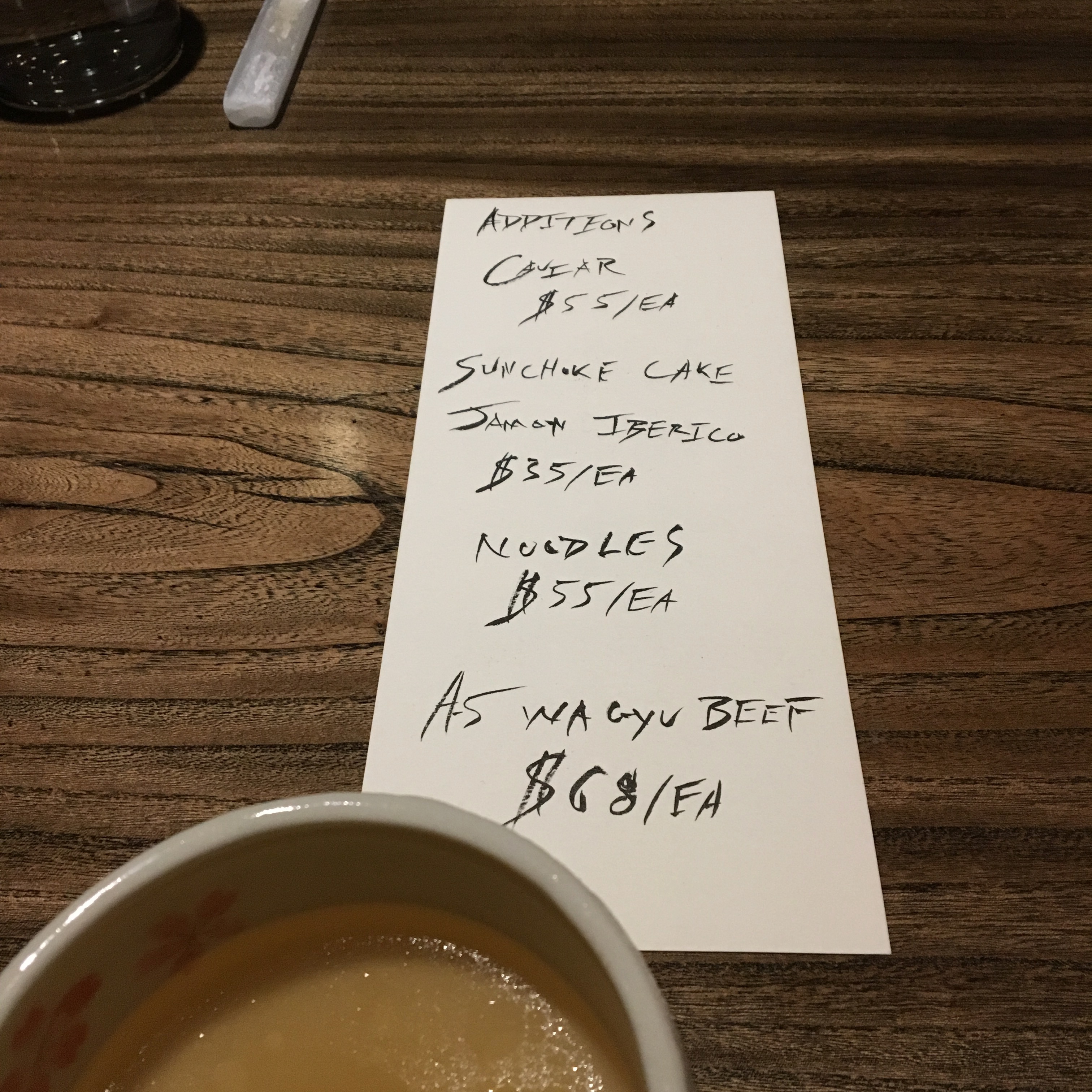 Started out with “grains” which was a small bowl of warm umami-rich chicken(?) broth with barley and butter. It was nice and comforting. 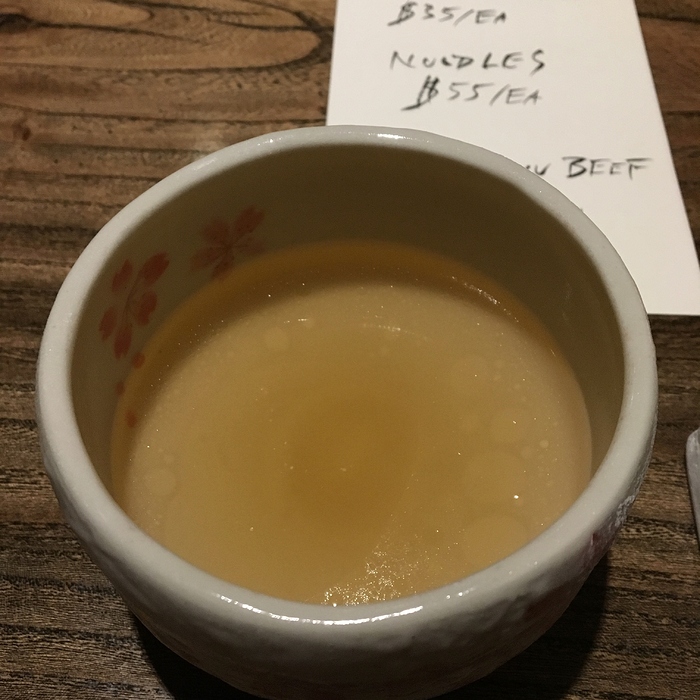 The next course was “raw and smoked.” Horse mackerel marinated in kelp and seared on the side of a coal, with some sort of jelly and a tart vinegary sauce. A nice piece of fish. Also part of this course was some smoked trout roe with slightly cooked lettuce with grated horseradish. 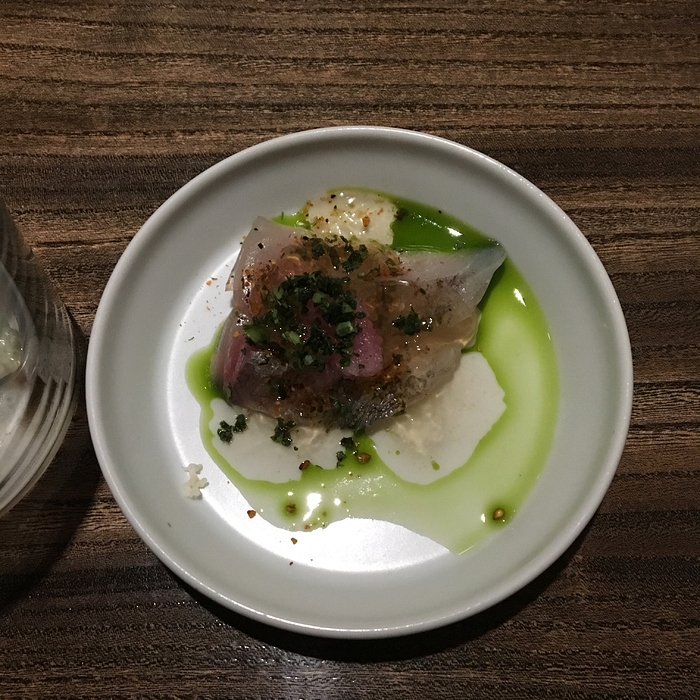 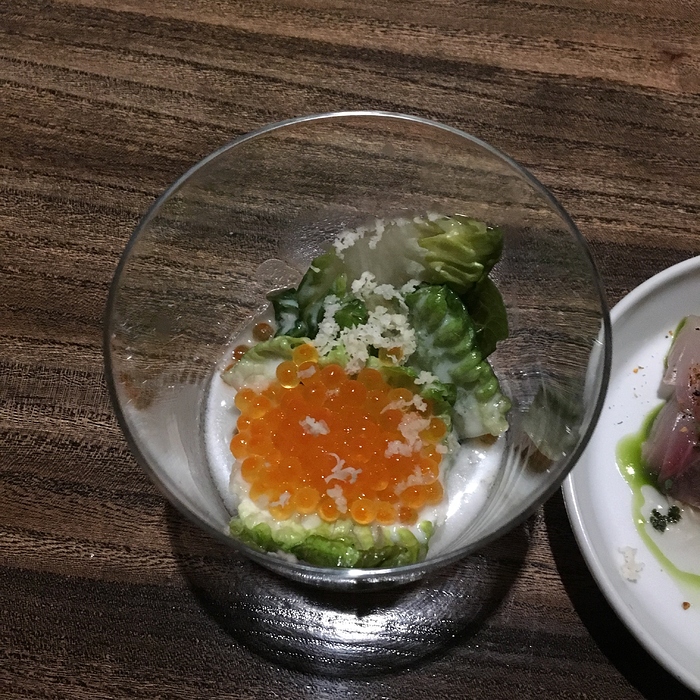 Next was “oysters.” Lightly cooked oysters in a broth, with little chunks of cauliflower and a puree of a root vegetable. Very good. The oysters tasted very fresh, and there was a nice mix of textures from the slightly crunchy cauliflower bits and the creamy puree. The broth, like the barley broth that started the meal, had a lot of savory umami flavor. 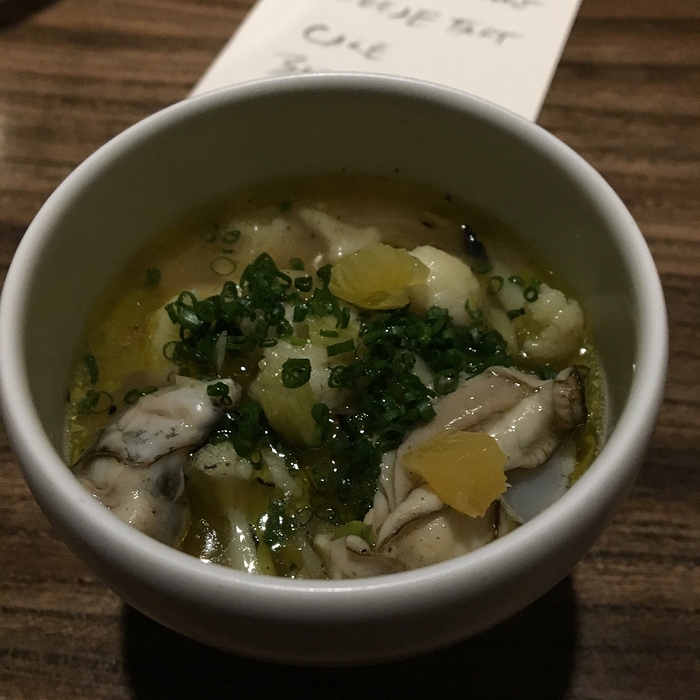 “Ableskiver.” This was one of the best bites of the meal. An ableskiver is kind of like a small round pancake, this tasted more like a takoyaki minus the tako, stuffed with a nice creamy sauce inside and I think sprinkled with some finely chopped dried seaweed. 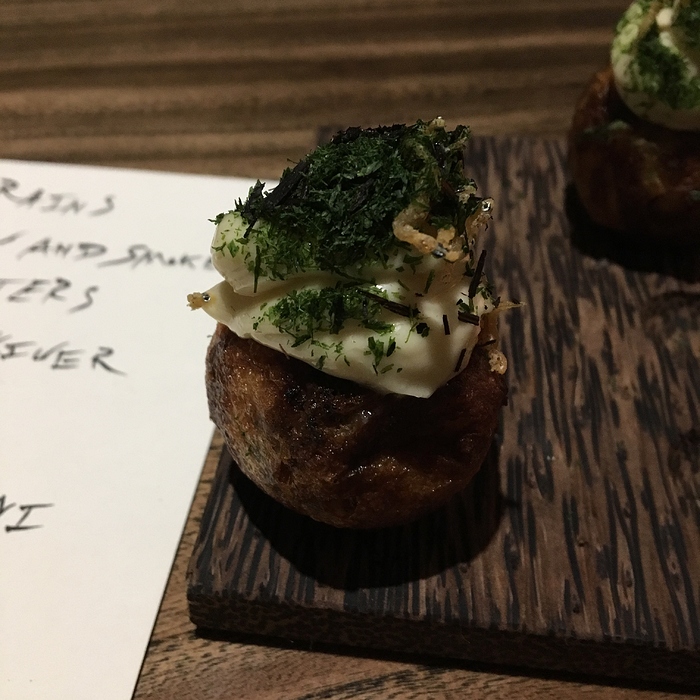 “Cod.”
Very lightly cooked piece of black cod. Fresh with a nice texture. In a very lobster-y slightly spicy lobster broth and also topped with some coconut oil which gave it a little bit of a southeast Asian flavor. I forget what the vegetable on the side was. 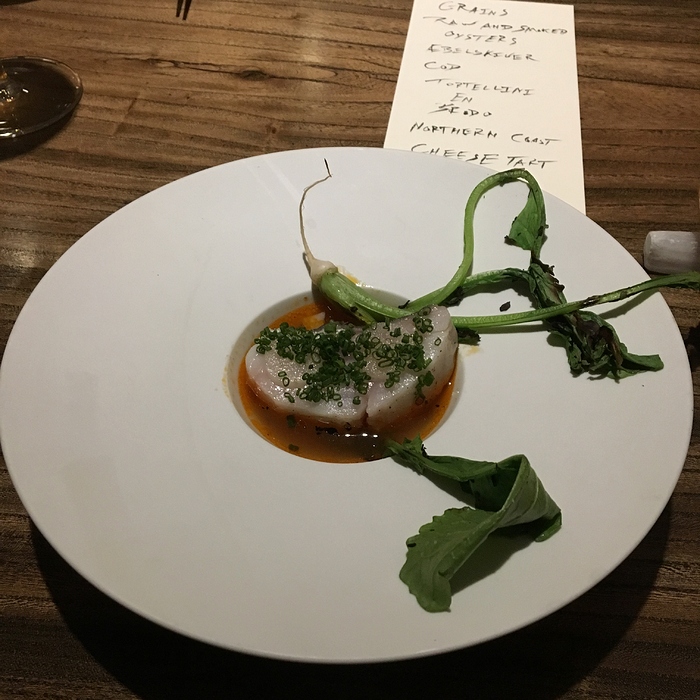 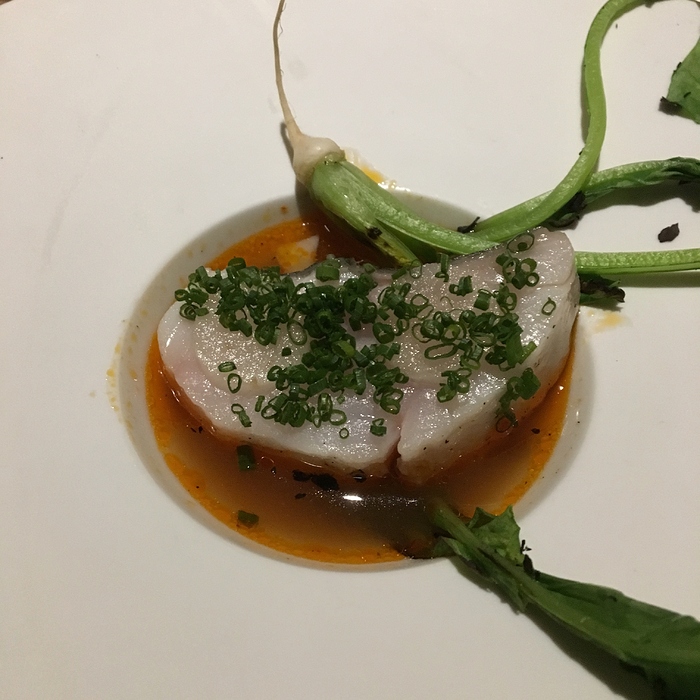 “Tortellini en brodo.” Another one of the highlights of the meal. This was great. The tortellini were filled with a tangy cultured butter and exploded in your mouth when you ate them, XLB style. Another flavorful broth that was also a little smoky, a little like a clear ramen broth even. There were a few chunks of foie gras in there as well. 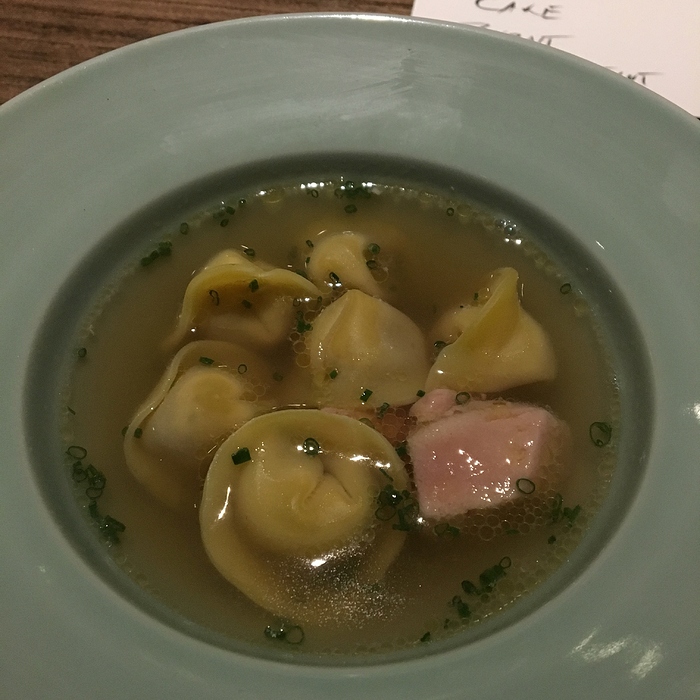 “Northern coast.” I believe this is inspired by the northern coast of California. 45-day aged lamb tenderloin and lamb belly, with a mussel, cardoon, seaweed, and some other vegetable in the top left that I forget the name of but tasted interesting, kind of like a sweet bok choy maybe. Delicious aged lamb, cooked very rare. Interesting to taste the differences in textures and flavors between the tender lean tenderloin and the fatty belly. 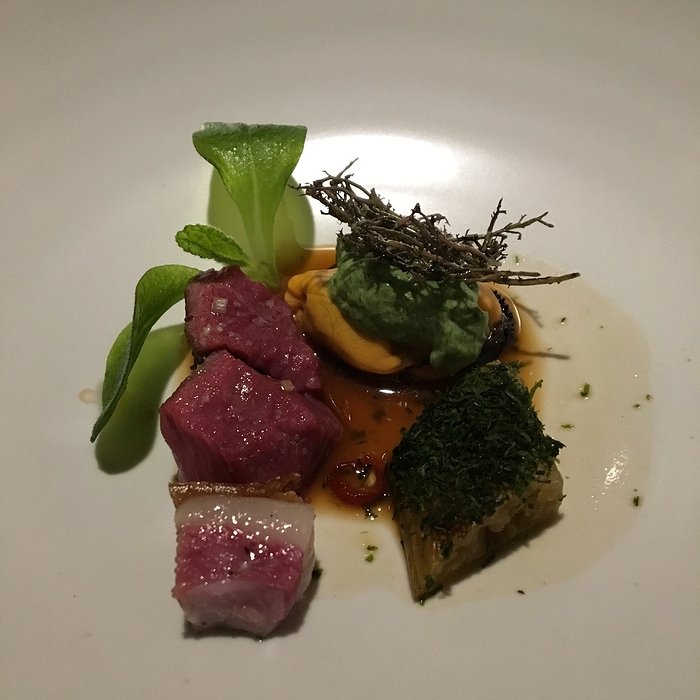 “Cheese tart.” Kind of a cross between a cheese course and a dessert. This was a pecan pie tart topped with a melted Harbison cheese. Great! Salty and sweet with a hint of thyme. 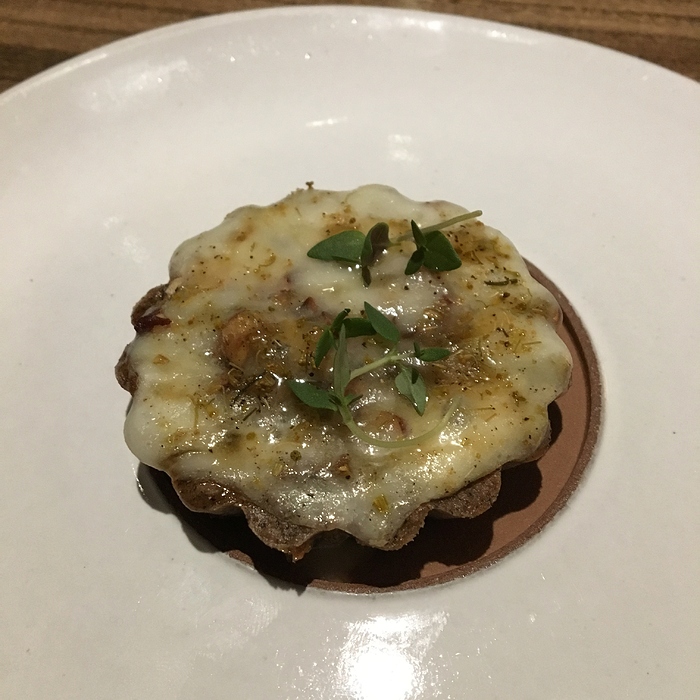 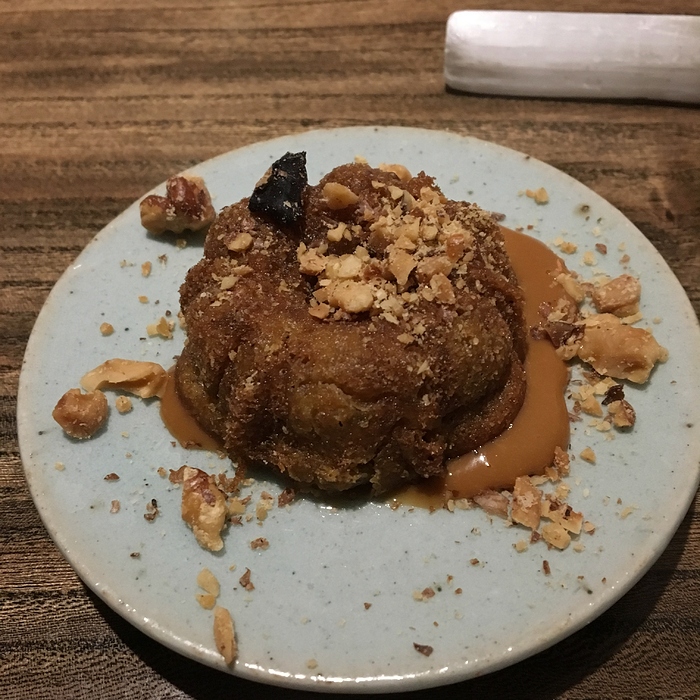 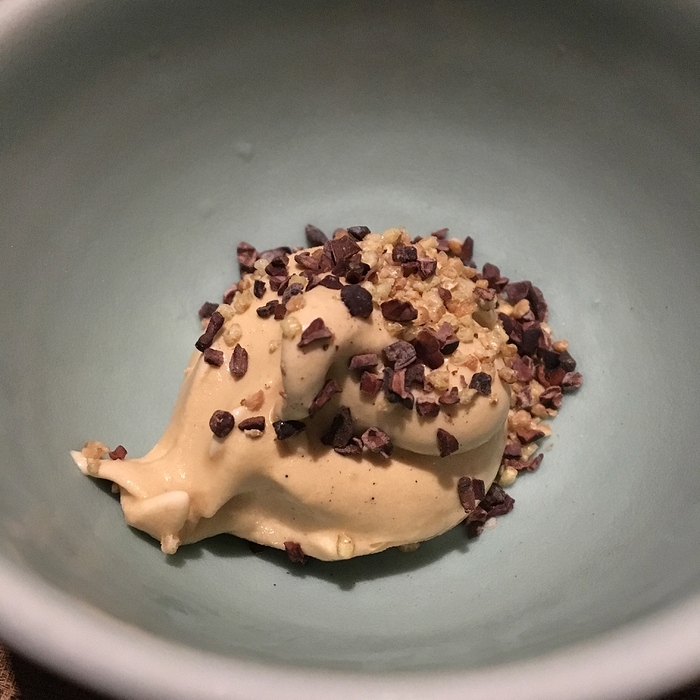 Service was friendly, and the chef brought out a few dishes himself. This was a very enjoyable dinner, and also a pretty good deal at $89 per person (before tax + service charge) for SF these days for this caliber of cuisine.

RTB will close in early March, and will become a permanent restaurant called Avery.

1 Like
[SF, Fillmore] Avery
“Food is a pretty good prism through which to view humanity.”
― Jonathan Gold
Market stall in Lima
Credit: TXMX 2