Previous incarnation as RTB reviewed by @Mr_Happy here. The aebelskiver, tortellini, northern coast, and cheese tart are still on the menu in recognizably similar forms. Rodney (formerly chef de cuisine at Saison and Atelier Crenn, I believe) is still serving a number of dishes himself, so there’s plenty of time to chat with him over the course of the night.

Mainly posting this because it’s the best meal I’ve had in the past couple years, better than a number of multiple Michelin starred places. Avery’s definitely quite a bit more expensive than RTB was - base price is $189, and the sake or champagne pairings are also $189. The menu is longer now and includes some pretty significant amounts of caviar, though. Not going to post all the courses, just a few for illustration.

“The farm”. The story we were told is that Rodney has a relationship with a farmer up in Napa somewhere from his days working at the French Laundry, and this dish showcases various products from that farmer. It’s primarily tomato based and delicious. 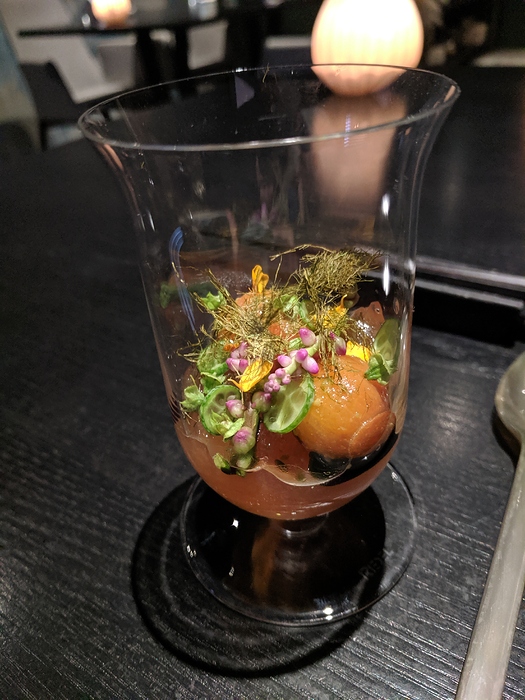 Caviar and wagyu fat on grains, I believe. Default fat on this dish is lardo. Pretty much exactly as tasty and rich as it looks. 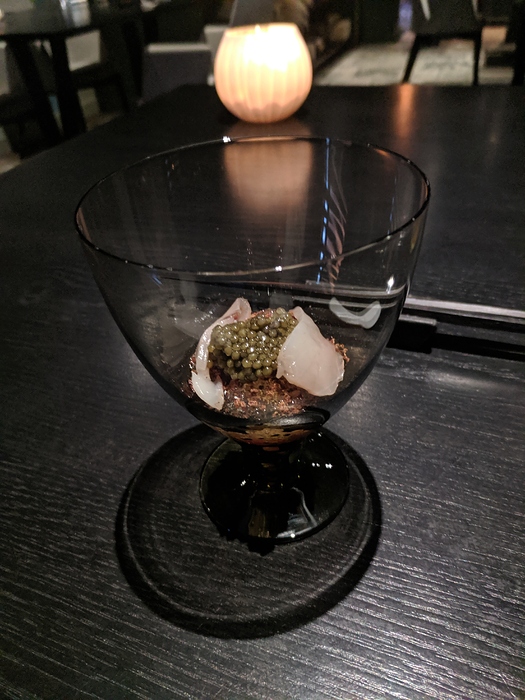 Cod with a ridiculously good spot prawn sauce. It looks like oil but I ate as much of it as I could with a spoon and wished I had something else to sop the rest up. 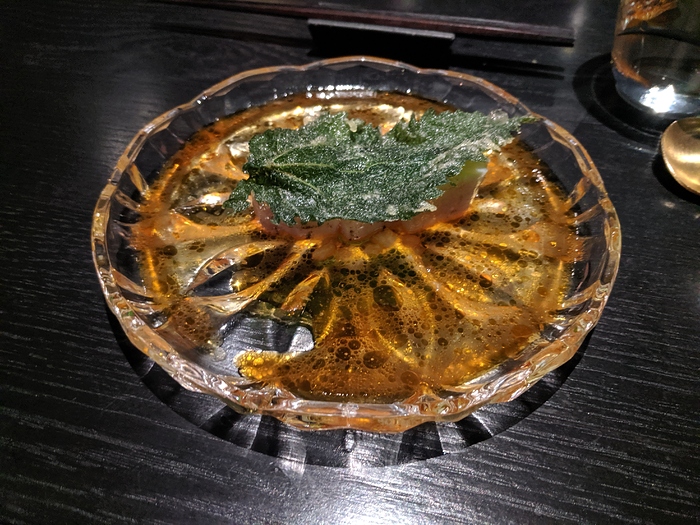 This is the current version of the northern coast dish. The fried squash blossom is stuffed with essentially sausage filling - rice and more lamb, I think. The dish kind of looks like it has too many disparate ingredients on it but it worked a lot better than I expected. 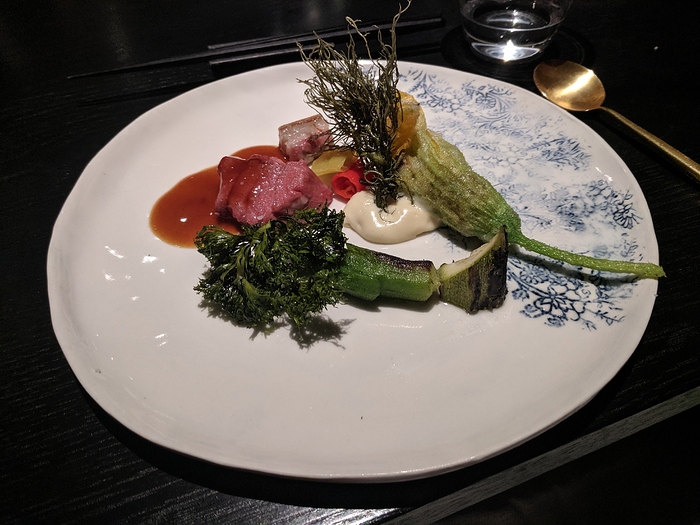 Strawberry granita, fig cake, and blackberries. Granita is intensely strawberry flavored and maybe the best granita I’ve ever had. 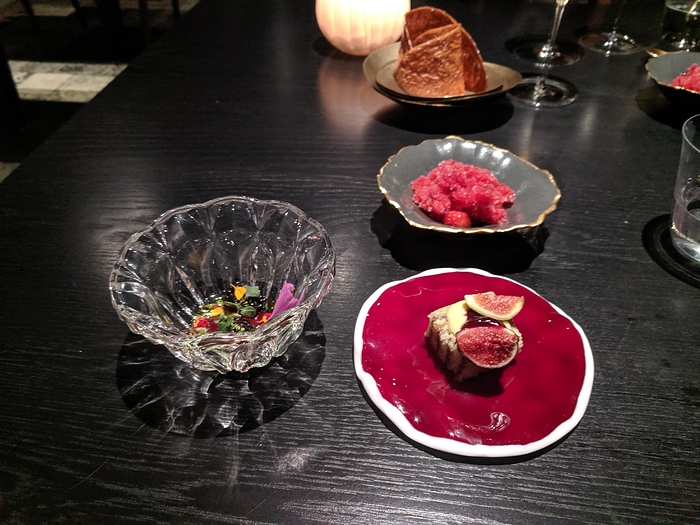 Thanks for the review and pictures! Looks like a delicious meal.