Mediterranean Delite is a 12 year old restaurant run by Palestinians originally from Jerusalem. It was recommended to us by an Israeli expat for its falafels. There are more to like- owner has an insistence to cook from scratch, and takes pride in doing so. The ingredients were very fresh. There was also an attention to details to be applauded. 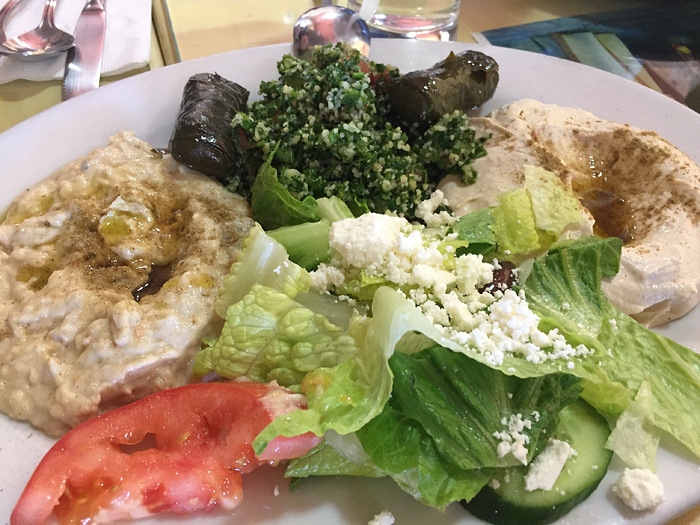 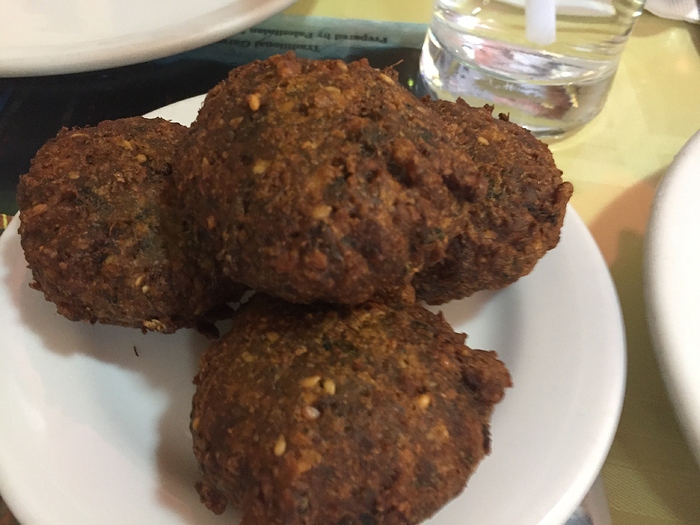 The combo plate from the apps section had hummus, baba ganoush, tabbouleh, 2 falafels, 2 dolmas and a salad.

The falafels took 3 days to make, according to the owner. First day to soak the chickpeas in water for a day to soften it. The second day to chop up the chickpeas and let the marinade soak in. The third day to cook. The results were very good. The falafel was nicely spiced and moist inside and lightly fried and crispy outside. I haven’t had Oakland Ba-bite’s or the nearby Falafelle’s version. But I liked this version much.

The baba ganoush was nicely garlicky and smokey. The tabbouleh and the salad were very fresh- just made earlier in the day. And the results showed. The tabbouleh was bright and nicely refreshing. The hummus was quite good. I don’t remember much about the dolma and pita though. The chicken shawerma plate had a good marinade on the chicken. The one small complaint would be its a little dry because its all breast. The dish also came with a little salad, tabbouleh and hummus.

The restaurant makes their own tahini from scratch- all sesame, and it paired nicely with the falafels and the plates. Believe its the same for the chili sauce. The guy obviously took pride in them- I think he charged for extra sauces to go.

Even though the address is on El Camino, its tugged away in a mall on the southbound side of a quiet stretch of El Camino with the storefront facing south. There were a few tables inside and a few outside.

Some online reports suggest a soup nazi style owner, we only experienced very warm hospitality. We can’t speak to the experiences that others on Yelp encountered there. The guy does have a peculiar and dry sense of humor, and a little Salaam-Alaikum or Shukran probably go a long way.

We’ll for sure be back. But also curious if anyone else had experience here. We like it better than Dish Dash (more sauce heavy) or Holyland in Santa Clara. Ingredients and attention to details matter. 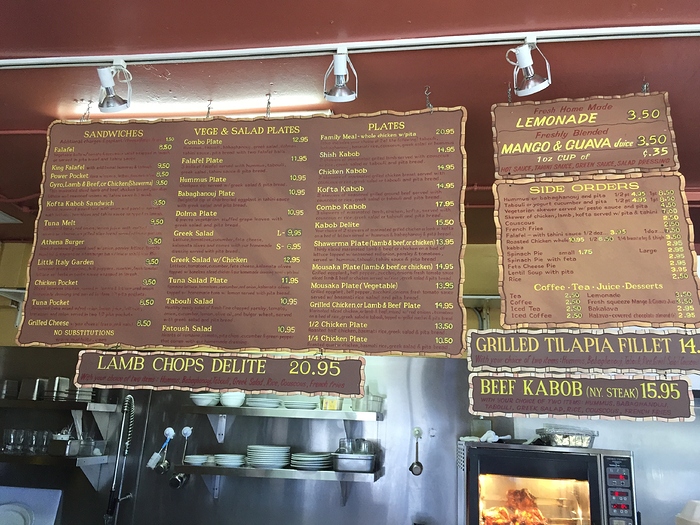 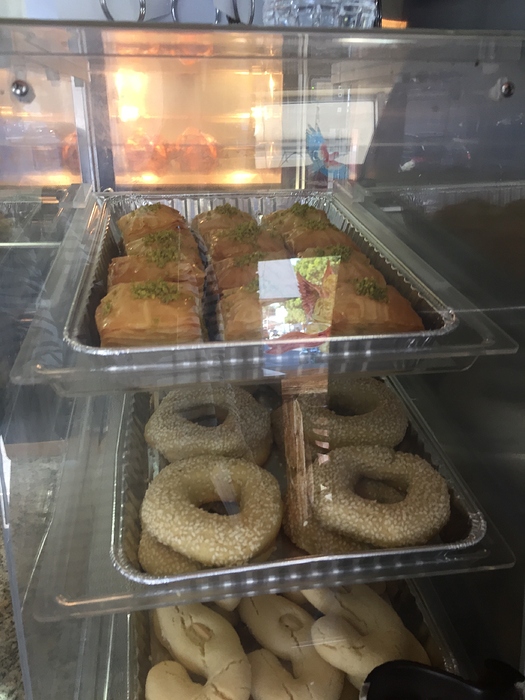 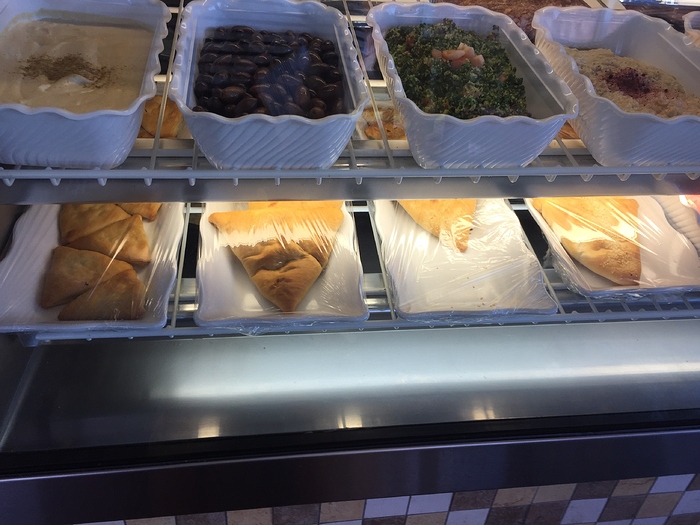 Apparently this was how Jerusalem used to look like, maybe a few thousand years ago? 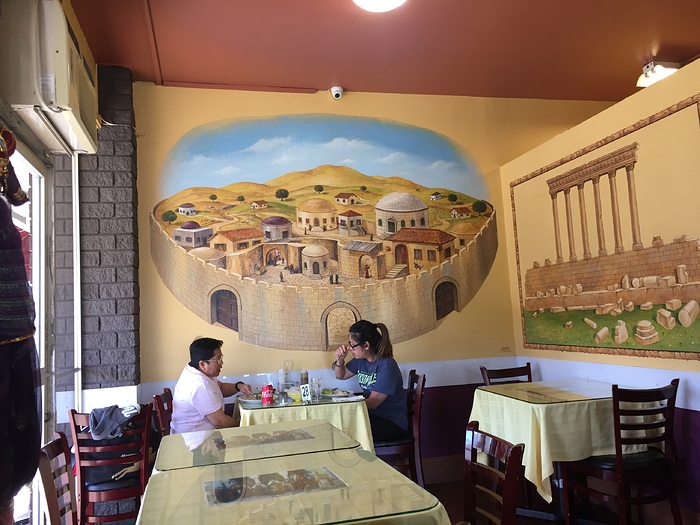 Another data point. I called in a to-go order for a mixed combo app and a combo kabob plate, and a falafel order. The guy on the phone asked me when I expected to pick up the order. Not thinking much, I said 15 minutes, and started regretting almost right after I got off the phone. This must be the first time anyone asked me that question. and I thought after the call they probably asked because they wanted to fry the falafel just before I got there. And realistically I needed much more than 15 minutes to get there.

When I got there, the falafels were ready. I asked them about the question, and they said they wanted the falafels to stay crisp by asking the question. And they told me they started frying at 25 minutes after the call because ‘people usually up 15 minutes after they say they would’ or something to that effect. And they kept the lid of the container holding the falafels open, and cut a big hole for me before I left. The thought that went into the food in this little unassuming place!

The kabobs were ok- shish, kofta and chicken. One of them were dry. So far their non-meat stuff stands out much more for me.

@Lethe2020 if you are ever in the area, try the falafels and see how they compare to Ba-Bite’s.

Will do. Did you ever try Taste of Mediterranean in Burlingame before it closed? Not as good as Ba-Bite but a great variety of menu.

Unfortunately I didn’t. The space is now occupied by a place called Yaprak Doner.

I did manage a meal at the other place you mentioned alongside Taste- Tannourine. Unfortunately, perhaps because its the day after a holiday, the ingredients and veggies were all pretty tired…