"Salt to taste" - in a 7-hour lamb leg recipe. What is your go-to salt/meat ratio?

I was trying to find a spoon lamb recipe (long-roasted leg of lamb with veggies) that I’d made last fall but forgot to bookmark (some photos below) and noted many of the recipes instruct one to get a 2kg, 3kg, or 4kg leg of lamb and then “salt to taste” at the beginning of the recipe, before searing the lamb. (Many also tell you to “salt to taste” when adding the raw veggies.)

So I got a bit sidetracked. How do you “salt to taste” meat that will be seared and slow-roasted for 6 hours before you get to taste it?

Yes, I know what they mean is “put as much salt as you think you’d like or need” but this doesn’t seem too helpful. Why not give the reader at least a bit of a hint? X amount of salt for a 2kg leg, 2X for a 4kg, etc.

I started searching online for a general rule, but didn’t find anything specific for lamb. I could guess it’d be similar to beef and pork in this regard.

What’s your thumbrule for salting beef, lamb, pork, poultry? And is it the same for all types of meat/poultry, or do you vary amount by type of food?

Here’s the roast leg in the pan 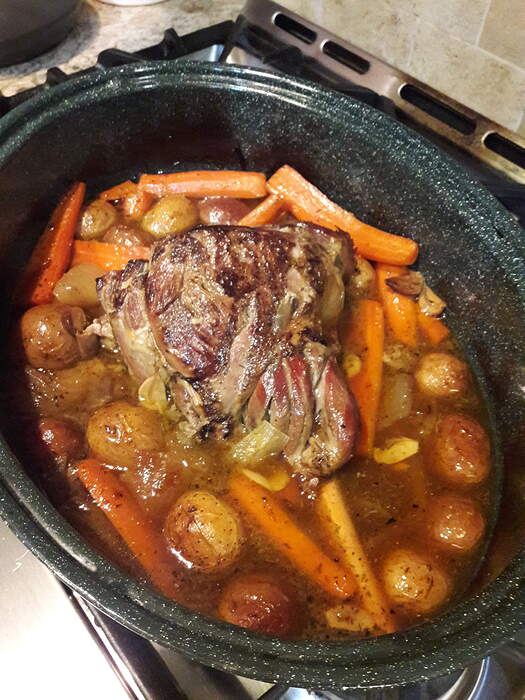 And some of the meat plated with veggies and a bit of the pan juices on top. I defatted but didn’t reduce the liquid much - could have used more reduction. Still quite tasty, except the onions had no integrity left whatsoever. 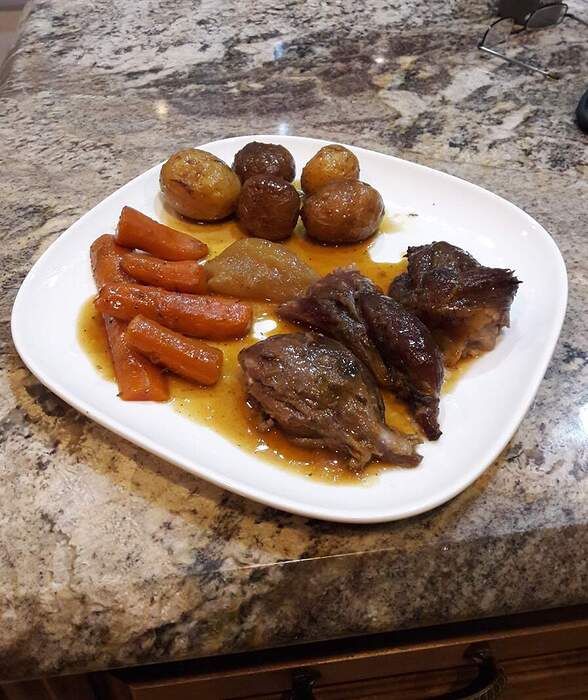 For large roasts I use 3 grams of kosher salt per 500 grams of meat 8-24 hours before cooking.

Mine is 1 tsp per pound of meat. I use diamond crystal kosher, which is the least salty salt out there. So prob 1/2-3/4 tsp of Morton’s kosher.

If you shoot for 1.5% salt you’ll be good with large pieces of meat. This is the starting point for sausage, too, and typically bread, so it’s just a good all-around percentage.

For a 5lb roast (a bit over 2kg) I use a heaping teaspoon of coarse kosher salt (Morton) as a rub on the meat. Then another 1/2 tsp to 1 tsp in the veggies/sauce.
More than that makes it too salty for my personal taste, so I err on the side of caution knowing I can always add salt later.