We had some roasts a while back - my favorite uses were porchetta-style pork shoulder, beef bourgignon, and incredibly intense pot roast (in the IP actually).

I also made Momofuku’s bo ssam and char siu - I liked the char siu better (the bo ssam was all about the accompaniments).

On my list for the next roasts are beef curry (indian/goan and malaysian/rendang) and cuban roast pork with mojo (a la Chef the movie).

Thanks! I am entirely unfamiliar with pork souvlaki. The satay sounds very much in the vein of rendang, which I’ve made to acclaim a couple of times in as many months. Carnitas is a possibility. I’m not sure I love achiote, but I think I could do without. Beer braised beef stew sounds lovely. My family are some spice wimps except my H, so I will probably leave the chile beef for others with more hair on their chest

Thanks for the suggestion! I’ve mentioned here and there I’m one of those few people who don’t love meat fat. So in a pulled pork or a carnitas, I would cook it and then remove it. With char sui and fatty cuts, like the belly, the fat is the point. So I don’t head in that direction. I found a char sui recipe a while back with pork tenderloins that is my go to.

Holy onions batman. My older son would love this. Onions are his favorite food. It’s going on the list.

You mean a porchetta? It’s not a tenderloin I’ve got. It’s a boston butt. Very fatty.

Would love recipes or guidelines on those 2 (Indian roast and Pork mojo) if you are improvising.

Grey,
That is a very typical Polish goulash (gulasz). Just add a few allspice berries and a pinch of marjoram. Oh, and fry the onions to golden brown before adding to the browned meat. You can add a little beef or vegetable broth to make more gravy when you add the onions. Wonderful served with pierogi and czwikła (grated roasted beets and horseradish.)

PORK: We always have a half dozen jars or so of pork rillettes in the freezer. It’s just cubed pork shoulder cooked down until fork tender. We pull it apart by fork rather than by machine as shown in the recipe. At room temperature, it’s a wonderful meat spread on crackers or good bread with cornichon pickles, or fired up it becomes an admirable stand-in for carnitas!

BEEF CHUCK roasts sing as Mississippi Roast. I diddle around with the recipe and substitute “real” for some of the packaged ingredients, but it is all very “tasty”.

I was wondering about the lack of paprika in that recipe.

Traditional Polish gulasz does not use paprika. That would make it Hungarian. 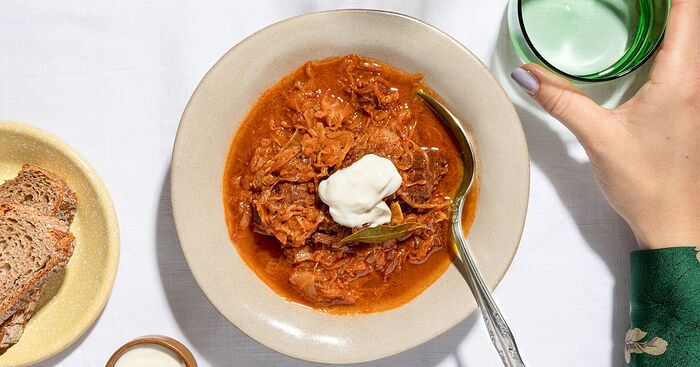 Kitchen Stories | anyone can cook

This is a nice Austrian-style beef goulash I’ve made several times. 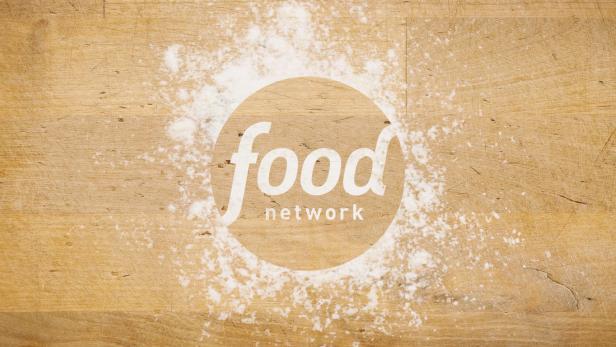 Cuban is here - they make it on their Netflix show too which was quite entertaining.

Beef chuck could be used in Sauerbraten: 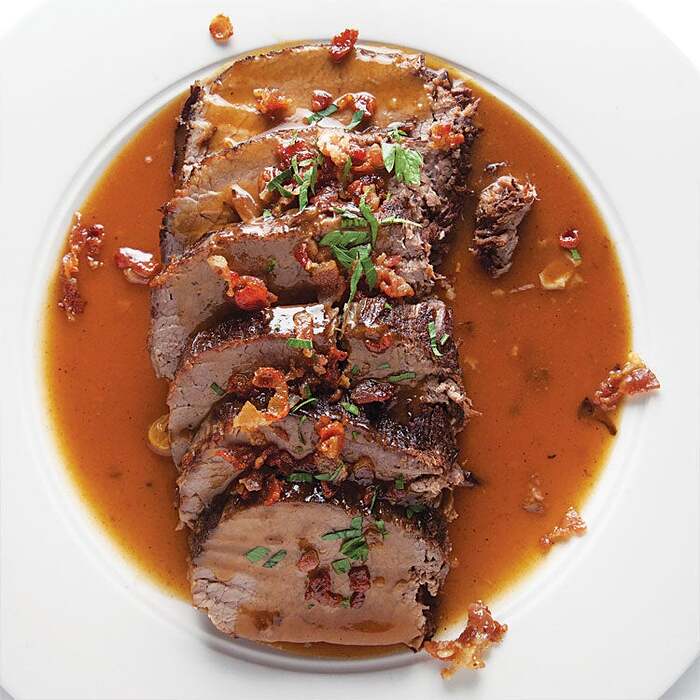 Just a touch of sugar gilds the gravy in this traditional German sauerbraten, balancing both the pickling spice and notes of sour lemon.

Oh - good thought. My kids love sauerbraten and I’ve only made it a couple of times due to the large advance prep. But then we can do cabbage and spaetzle and the whole shebang.

Ok all. Yesterday we had a beautiful clear sunny, no rain day here up near Canada. And since it was a week of rain pre and post, we fired up the smoker and did one of the pork butt roasts. I’ll mix up some mustard bbq sauce today, and this will be WFD. 1 roast down, 5 to go. 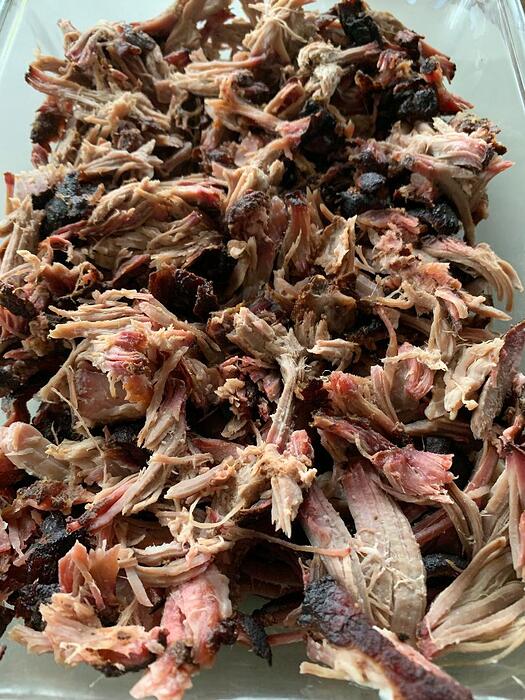 I know so your clarification was helpful. Off topic - do you sing?

I don’t know if this is the best way to cook it, but I love Roast in crock pot. Here’s the recipe I used in case you want to experiment.

I don’t own a crockpot or an instapot or anything other than straight up metal or ceramic pots. Although I can fudge my way through it using the ingredients. Thank you.

Not as well as that Basia, but I like to believe I’m a better cook

After the smoked pulled pork, the next roast (beef) was turned into 2 freezer bags of stew, and beef not barley soup. The not barley was israeli couscous. Nice and warming on a winter night. The beef was incredibly tender after a couple hours simmer in the stock. 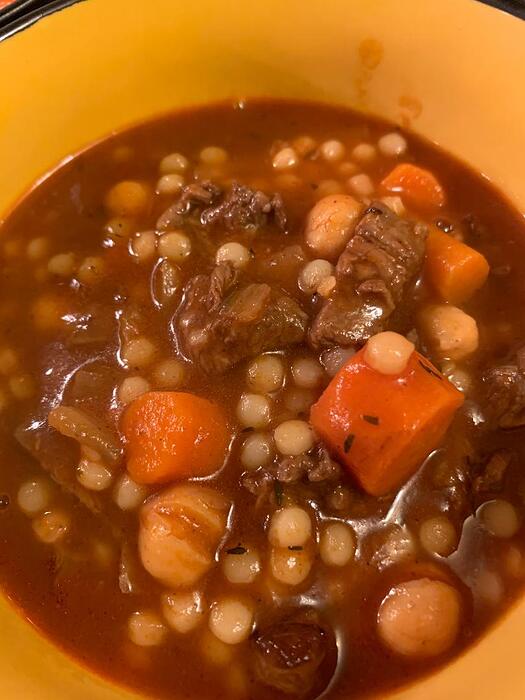