Oooh, I need to make your cucumber salad @grumpyspatien . I already do marinated—quick pickled?—cucumbers but somehow never thought of this treatment.

It is really good and goes so well with so many things. I hope you enjoy it.

We returned to Gene’s in Westford for the first time since he reopened for takeout. The website has been redesigned to allow for online orders and payment.

We noticed that you can now request different levels of spiciness for the #4 hand pulled noodles. Did we go for extra spicy? Of course we did.

Good news: The noodles were extra spicy, which played well with their signature garlicky punch. Yum.

Less-good news: Apparently not all the kinks have been worked out with the ordering system. The staff didn’t know about our order yet when we arrived at the promised pickup time on a slow Sunday night. No big deal. They prepared the order while we waited in the car for 10 minutes.

We’re thrilled to have Gene’s back. It’s a bonus to be able to request different levels of spice on the #4.

Hmmm, now I wonder what the “meat” add-on is for the #4 because that is another option we didn’t know about before.

Note: Check Gene’s days of operation before you order. The online ordering for Westford says they’re open on Wednesday which they are NOT. Westford is open Thursdays through Sundays only, as noted upthread.

I wonder what the “meat” add-on is for the #4 because that is another option we didn’t know about before.

I’ve been begging (in my heart, and I think on this board in the past) that Gene add a meat option (especially lamb) to #4. I’d DIY it often, adding 3 lamb skewers to a #4.

I’ve been begging (in my heart, and I think on this board in the past) that Gene add a meat option (especially lamb) to #4.

Perhaps Gene’s heard you? I don’t yet know what the meat add on for #4 consists of.

We ordered three cumin lamb skewers as a separate menu item and didn’t investigate the meat add-on. Because we’ve been DIY-ers like you.

Also we were ravenous after a long day of yard work and thinking—well, it just seemed like too much thinking.

a long day of yard work and thinking

You can do yard work and think at the same time?
I avoid both, even as individual activities, and I’ve never imagined that it was possible to do the two together.

You can do yard work and think at the same time?
I avoid both, even as individual activities, and I’ve never imagined that it was possible to do the two together.

How strange. I distinctly remember you telling us that someone was once astonished to learn that you are actually paid to think. The @fooddabbler biography gets murkier and murkier…

I distinctly remember you telling us that someone was once astonished to learn that you are actually paid to think. The @fooddabbler biography gets murkier and murkier…

Hey, just because I’m paid to do something puts me under no obligation to actually do it. I’m murky indeed…

One of my favorites, which he used to do for me upon request, was the #9 cumin lamb noodles with the addition of the chili oil and garlic of the #4. Ordering now through UberEats, I haven’t tried to do that. Next time, I’ll order both, and mix them together.

Had I known that was possible I’d have asked, too. The #9 was meaty, but bland. The #4 tinglingly vibrant, but meatless. I clearly lacked your chutzpah and your charm to get what you got. Are there “friends of greygarious” cards one can get to get this combo, and what do I have to do to become your friend?

I’m flattered, but it’s Gene who’s got all the charm! I just asked politely. Most good cooks want their customers to enjoy their food and are willing to make reasonable adjustments. I used to work in Woburn, and occasionally picked up lunch at the Liberty Bell, which was the previous occupant of Gene’s Woburn location. Perhaps it was my uniform, or perhaps the oddness of the order, but they came to know, when I walked in, that I wanted clam strips with ketchup and coleslaw on a whole wheat wrap. I was probably “Clam Strip Wrap Lady” to them.

Perhaps it was my uniform,

ha! I used to be a lowly mail carrier too. Worked routes in Cambridge for 5 years.

p_thru: what was your route? It would be hilarious if you were the carrier who started his route at our building not by delivering our mail but by stashing something in an empty mailbox (we have 4 condo units in our building, but 5 mailboxes), then going on his route. He’d end with our building, deliver our mail, then presumably recover his stash – unless, of course, somebody else had. We were too scared to investigate. But, if it was you, p_thru, then it was probably some delicious food and I regret not having helped myself to it.

p_thru: what was your route?

for a while I was a utility carrier, which meant I covered 5 routes on off days for the regular person. Most of those were in Harvard Sq, but one was as far flung as to be in those nice Olmstead neighborhoods out by the reservoir.

When I finally bid my own route, it had some of Bishop Allen, a bunch of Hampshire St and most of Norfolk and Tremont. That was like 15 years ago, though. I was not your mysterious stasher, and that sounds weird to me. You can just leave lunch and stuff in the green boxes they drop your hits in (slang for the bags of mail they send out by truck!), so using an empty mailbox seems odd and probably something illicit. Supervisors have keys to the green boxes, and sometimes they will come out and check on you if they think you’re a shirker. (PS I was not a shirker!)

That, my dear Onion, is an oxymoron. We 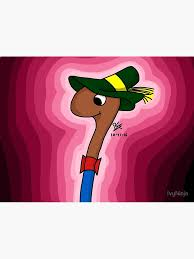 Do you remember that night Gene cooked just for us chowhounds when he was in the middle of nowhere Chelmsford?