I am officially appalled.
In the NYT today, there is a beautiful pistachio bundt cake. That is made with Jello instant pistachio pudding mix. The article goes on to talk about how the restaurant pastry chef created the recipe for Momofuku Nishi with both the pudding and… wait for it… boxed vanilla cake… but it was too sweet. So he made it from scratch and it wasn’t fake enough.

Sure, I get people use these ingredients at home. But that pistachio Bundt cake is $13 a slice.
I’m moving beyond appalled into speechless.
What decent pastry chef would rely on a boxed mix?

This is quite common and not necessarily a bad thing. 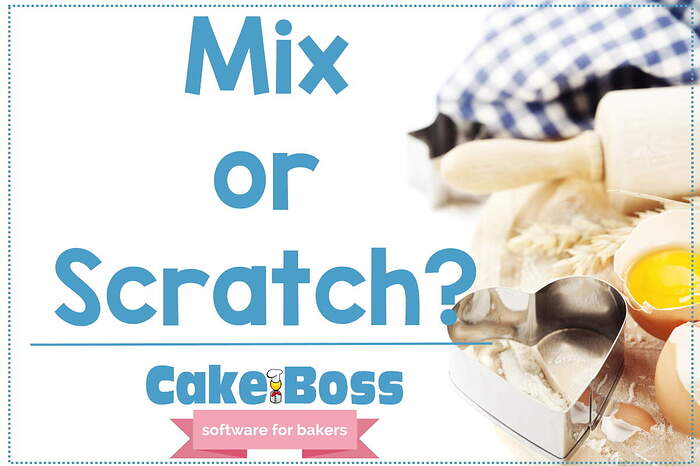 When you make the decision to start selling cakes, this might be one of the first questions you find yourself asking. Few issues ignite the passions of bakers like this one, so don your flame-retardant gear as I attempt to make some sense out of this...

Well, I get it, but as the last sentence of the article infers, there are some differing opinions.
I, for one, am not going out to a restaurant expecting to Artificial Color, Cottonseed Oil, Mono- And Diglycerides, Artificial Flavor, Yellow 5, Yellow 6, Blue 1 or Bha As A Preservative.
If I order pistachio cake, I’m looking for actual pistachios.
I’ll let taste be my guide

I, for one, am not going out to a restaurant expecting to Artificial Color, Cottonseed Oil, Mono- And Diglycerides, Artificial Flavor, Yellow 5, Yellow 6, Blue 1 or Bha As A Preservative.

Then you should reconsider dining at restaurants.

I am unsurprised that a high-end chef is using commercial, industrialized product in their creations. I mean, it wasn’t too long ago that a chef using sodium citrate to emulsify a cheese sauce would have been called gross, and of using ‘industrial additives’ to sully the gustatory experience. Then, a little later, doing such a trick became ‘molecular gastronomy’, along with sous vide machines (LAB EQUIPMENT!) and chemical ‘spherification’. Now, any schmuck can order sodium citrate off Amazon, along with guar gum, soy lethicin, and a zillion other ‘formerly commercial use only’ additives. So, why not just get the product that already has them in there, blended to near perfect consistency on a scale a single chef and their crew could scarcely dream of?

whoa, a stella parks appearance in that article! she lives! 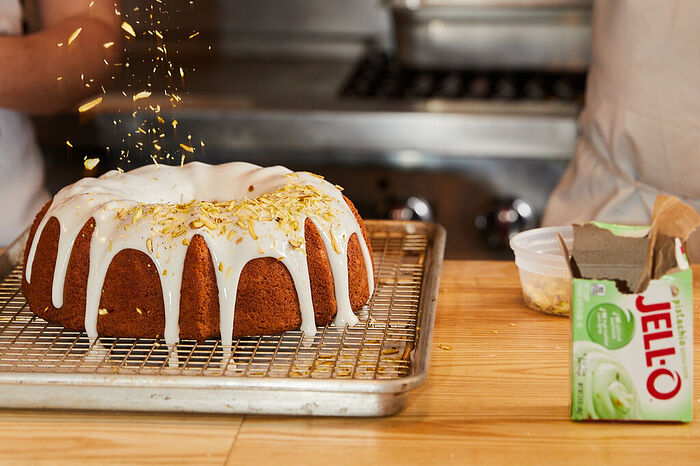 The Power of Instant Pudding Mix

Your favorite dessert may have a not-so-secret ingredient.

A pistachio Bundt cake made with instant pudding was super popular among home cooks of the 1970s. Today it would be TikTok famous, LOL. The cake found its way into my aunt’s repertoire and introduced me to all things pistachio. Haven’t had it in forever.

Thanks for adding the link. I should have included it.

So many restaurants, so many shortcuts.

So he made it from scratch and it wasn’t fake enough.

That nostalgia for fake flavors is lost on me as well, but Christina Tosi (for example) has built an empire on it, so

I think there’s a fine line between a shortcut (i.e. using commercial premade products) versus “from scratch”.

Or how about a burger place? Again, not a fast food or fast casual place (like McDonald’s or Shake Shack) but let’s say Au Cheval or Peter Luger’s – a real tried-and-true sit down place. Sure the patties are going to be ground in-house, but what of the bun? Do you expect the restaurant to have baked their own hamburger bun? Or the sauces? Ketchup and mustard? From a bottle, or do you want in-house ketchup? Would a person even prefer in-house over tried-and-true Heinz or Del Monte?

To expect everything that is plated – either savory or sweet – to be made completely in-house and from scratch is both unrealistic and misguided.

I’m a person who sees greys, not just black and white.

I don’t like the taste of soup base. Plenty of kitchens use it, and I go back to the places that either don’t use it, or are using one I can detect

I also dislike Kraft and most commercially prepared salad dressings. So many mom & pop restaurants that are trying to cut costs use commercial Caesar dressing / Italian/ balsamic. I will go back to these restaurants, but I won’t order salad when I go back.

Interestingly , my fish and chips shop offers both Kraft tartar and homemade tartar. The customer specifies which one the customer would like, or both!

In keeping with the theme, ingredients for homemade tartar sauce:

I also dislike Kraft and most commercially prepared salad dressings. So many mom & pop restaurants that are trying to cut costs use commercial Caesar dressing / Italian/ balsamic. I will go back to these restaurants, but I won’t order salad when I go back.

This reminds me of out thread on frozen french fries.

Not you in particular, but most people will not recognize or even know that their “favorite” restaurant offering is actually commercial, bulk stuff from Sysco or US Foods.

At one of my previous restaurants, we used pre-made commercial egg rolls from Sysco. We simply amped it up by serving it with our own dipping sauce (nothing groundbreaking, but basically honey, Sriracha, peanut butter and a bit of carbonated water), and customer after customer proclaimed our egg rolls the best they ever had and begged for our recipe …

I guess secrets out now.

Homemade ketchup will never beat commercial. I’ve tried so many renditions and they are all trying too hard and unsatisfying.

My friend ran an upscale Continental restaurant in the 80s, and the chef at the restaurant doctored canned clam chowder.

I would rather he did that and bought the artificial pistachio flavoring and some food coloring. Better than buying a case of Jello pudding mixes that get added in.

nostalgia for fake flavors is lost on me as well, but Christina Tosi (for example) has built an empire on it

Perhaps that is part of it as the team is from a Momofuku.

That recipe made its way to my grandma’s recipe box as well, I think - she made a pistachio marble Bundt cake!