Boris has finally announced what has been widely published for days, the reopening of restaurants in England from 4th July and the reduction of distancing measures from 2 to 1m.

I thought this piece from Alex Rushmer, a Cambridge based chef, on why this doesn’t excite him was a fair reality check: http://www.alexrushmer.com/blog/2020/6/23/why-i-wont-be-re-opening-my-restaurant-on-july-4th-or-any-time-soon-after-that/

So far, the BBC only reports the opening is based on “one metre plus” and there’s been no mention of what “plus” means. Which is also the point similar to that being made by Rushmer.

By the by, I’d previously Googled to find an answer to this question without success - are there any other countries which have started out with one distancing measure and changed it to another?

I can’t find reference to a country changing their elected distance either.

I respect Rushmer’s feelings about opening so soon. Personally, I won’t be rushing to eat in restaurants regardless of what the metre rule will be. I think this rush into a new, ‘normal,’ is too fast based on what’s happened in some other countries. And I can’t believe places like The Ledbury are closing for good…just too sad. Health is more important than the economy…or is it?

Here’s the government’s advice for restaurants. All seems quite vague to me, pretty much leaving it to restaurants to decide how they will make their place “covid-secure”. The distancing advice is 1M+, but there doesnt seem to be anything that says specifically what sort of “plus” is acceptable. Which may mean restaurants actually do very little to make things safe.

Without delving too much into the politics here, I do agree with June that this rush is indeed too much of a rush - after the government being too slow into lockdown plus several other well catalogued failures.

When places do open locally, I know where I’ll be going first, once I’ve plucked up enough courage. They have quite a bit of space and are never overly busy midweek, so distancing should be OK.

Agreed, I won’t be rushing either. Having a big bang on the 4th with so many things reopening seems like it could give a big flare up right from the outset.

I think if the numbers were low enough to start with and the track and trace setup was prooven effective then this could happen, but I really don’t feel like we’re at that stage.

Then again, I find it hard to compare our numbers with other countries so maybe we’re in a better place than I fear. I was amazed when I saw videos of Noma reopening and chefs back to back with no social distancing (albeit with diners eating outside / taking away). Denmark’s numbers were low at the time, maybe it’s too early to say (they seemed to have a spike yesterday) but things look like they’re still going OK and restaurants have been open for a while now.

I think if the numbers were low enough to start with

I’m genrerally judging things like this. We locked down a few days before the initial announcement, on 18/3, as we could see the way things were going. On that day, there were 34 deaths recorded and 676 new cases. Current figures are still significantly higher than that, so why would I regard things as being safe.

I’ve come across this more detailed government guidance for the restaurant industry.

Lets be honest. This has nothing to do with safety, given, as Mr H points out that even the official figures are worse coming out than they were going into lock-down.

Surely it all comes down to trust doesn’t it ?
Do you trust the daily official figures ?
Do you trust the track and trace figures ?
Do you feel our track and trace system is ‘world beating’ and trust it will keep you safe ?
If you do, do you feel safe going out for a meal if only two thirds of those who test positive are being contacted at all ?
Do you feel that the app was crucial or the cherry on the cake ? Do you trust or believe in the reasons being given as to why that importance has seemingly shifted ?
Do you think HMG have your safety and interests at heart and will tell you the truth even if it reflects badly on them ?

I agree it seems different elsewhere.
Perhaps in Denmark, Germany and other countries they don’t feel they are being lied to on a daily basis and so they are more likely to trust in whatever lockdown relaxation is being advised ?
Yes, there will be flare ups but again if you trust that you re being told the truth about them you are more likely to trust/follow any remedial measures and get back to normal quicker.

I think the UK is quickly becoming divided into those who no longer care/never cared ( see Bournemouth beach and the empty heads at the Pier Head in Liverpool last night ) and those of us who are, frankly, still too scared to move away from lockdown mode. My broad sweeping generalisation is that this means that the nicer food places will continue to struggle, even once the rules are relaxed because the clientele still wont be going out- or certainly not as much as previously.
Its tragic, really.
E

Afternoon, mate. let me preface this by saying that, if City were to be denied retaining the title, I’d prefer it to be Liverpool than anyone else. For the last few years, they’ve played consistently well and absolutely deserve this.

Track & trace could not organise a social event in a beer making facility. The sister in law applied for a job. Three times they arranged telephone interview. Three times they failed to ring her. She rang them each time and got another date. No apologies for w asting her entire day each time. Eventually she got offered a job. But there’s no work. She’s rung to ask when she’ll start or at least get training. All she gets is some load of old cobblers that they havent got approval for more posts yet. Well, why effing advertise then.

With the vagueness of the “standards”, restaurants will generally do as little as they feel they can get away with. Distancing will be easy for some, as they’ve got the space. Take Fraiche at Oxton, for example. He only does 8 covers and has space, in normal times, for double that, so he’d be able to just shuffle tables around. Moor Hall will be able to do similar. But I can think of quite a number of more casual places that we go to regularly, where they will basically do nothing. Which means we’re not going anytime soon.

But to specifically answer your basic question, I no longer trust the government to have folks health at the core of what they’re doing.

Typically generous, Mr H
Lets hope your lot can now win the CL so the ‘swap’ is complete:slight_smile:
Interesting thoughts on the likes of Fraiche and Moor Hall. I tend to agree.
Have you had a look to see what either are actually doing ?
Cheers
E

But to specifically answer your basic question, I no longer trust the government to have folks health at the core of what they’re doing.

Oh. For a minute there, I thought you were referring to the United States…

hope your lot can now win the CL

Moor Hall has this on the website - https://moorhall.com/reopening/
As you know, they’ve acres of space to do distancing.

Nothing about Fraiche, including no mention of when they might reopen.

With everyone in England able to open from yesterday, I thought I’d have a nosy through our list of places we visit fairly regularly to see what’s what. There are 23 of them.

Only five have opened this weekend

Another four have announced opening dates for later in the month

And eleven have no information whatsoever on their website or social media.

The last group must be a worry - not least as it’s nearly half of my list. Have they gone bust? Have they just not decided what’s what? Who knows?

Manchester mini-chain loses six grand on first day of reopening, on no-shows (or “those effing bastards” ,as I like to think of them). 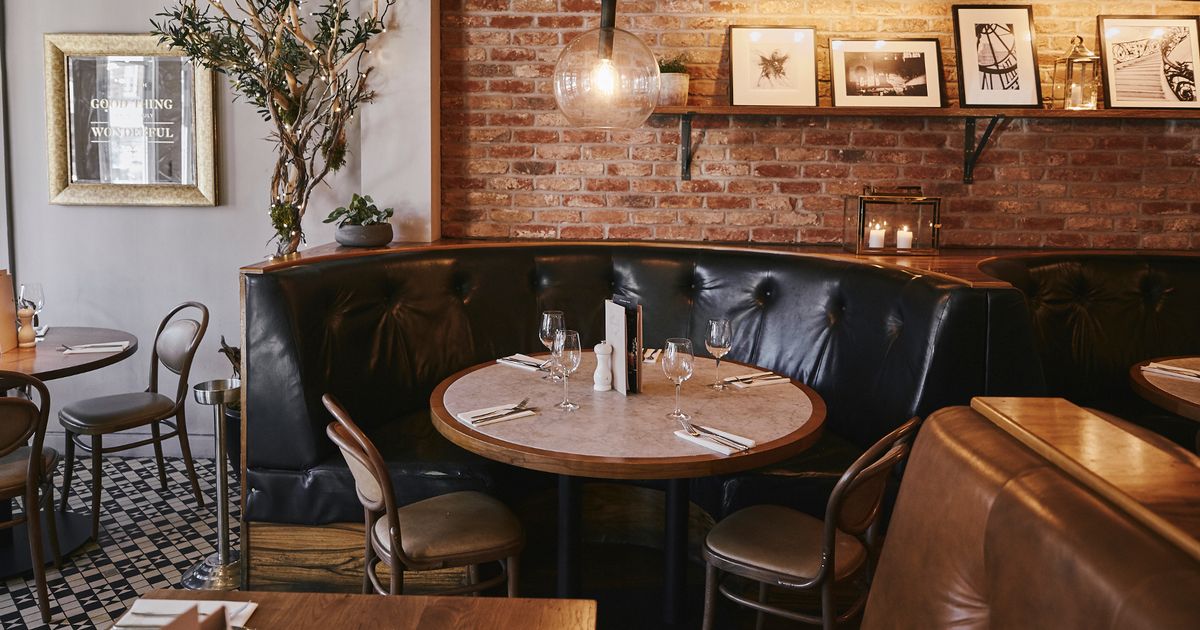 “why people might need to cancel - and all they need to do is pick up the phone.”

Simple explanation: We hate one another.

It will not get any better going forward.

I don’t know about that. Maybe more like this:

“I think what people are doing is booking multiple restaurants and deciding where they feel like going on the day.”

Just like in the US. Selfishness and self entitlement. Always interesting to hear that people are the same the world over.

You’re right, Miss_belle. I over-reached in my reply. Thank you for reining this discussion back in.

The latest “are you happy eating out” survey from the Office of National Statistics. 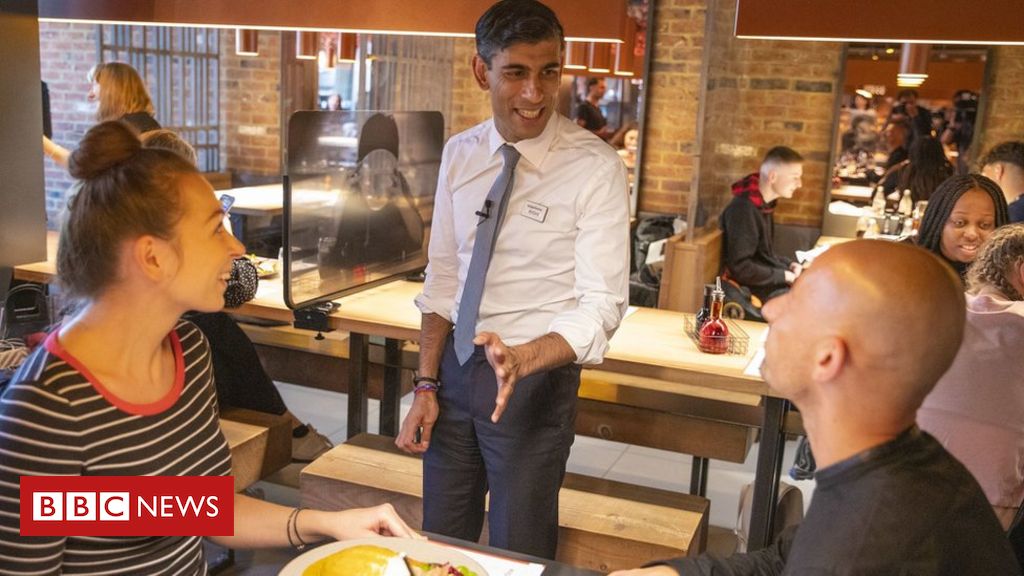 Most Britons still 'uncomfortable' eating out

An Office for National Statistics survey suggests just two-in-10 would be happy to dine indoors.

270 no shows in one day seems like a gigantic figure, given the number of available covers is likely to be well down in order to comply with safety measures. It’s going to be hard enough to turn a profit in this environment without the added costs of buying for no shows. Does this group have a relatively large number of outlets?

I’ve never begrudged the cancellation fee attached to lots of bookings these days. At the end of the day you’re dealing with real people (which clicking a few virtual buttons can disconnect you from) and if you ever did need to cancel at short notice for a genuine unavoidable reason I think in a lot of cases you wouldn’t be penalised.

In regards to eating indoors, it’s no wonder people are uncomfortable with it, it just doesn’t really fit with the rest of the guidance we’re being given. If you’re recommended to seriously consider wearing a mask when shopping or being in whatever other indoor space, why are restaurants sacred, where you can’t practically wear a mask when shoveling food down? (I know the answer is down to the economy and people’s livelihoods).

If the numbers continue to fall and the occurrence in the community is low then maybe it won’t be a problem and in a few weeks people might gain more confidence to go out. It’s quite reassuring that the public is cautious now, it’s certainly better for handling the virus, if not the public purse.