This is not a new place, but an old one taken over about 2 years ago that I have just noticed. It is called La Vista in South Salem and they have taken over the old Nino’s (one of the worst Italian restaurants ever, IMO). But it looks like they have redone it and it is beautiful and the menu looks good. Has anyone been? I

We are going Saturday night. They get good reviews on Open Table so we’ll see. It’s kind of out of the way for most Westchester HO’s - closer to CT border.

So, Croton Creek Steak House has closed (YAY). This is the new place - does anyone know, is it the same management?

Sing Sing Kill Brewery in Ossining is due to open fairly soon and we are so excited for it. We will be knocking down the door on opening night for sure! Looks like it will be family friendly with an emphasis on sourcing local products for brewing and food.

MMM MMM singsing kill brewery- what an appealing name (truth in advertising?).Sounds like a final destination! Sounds like they should offer beer and a plot

The double entendre name also refers to this: 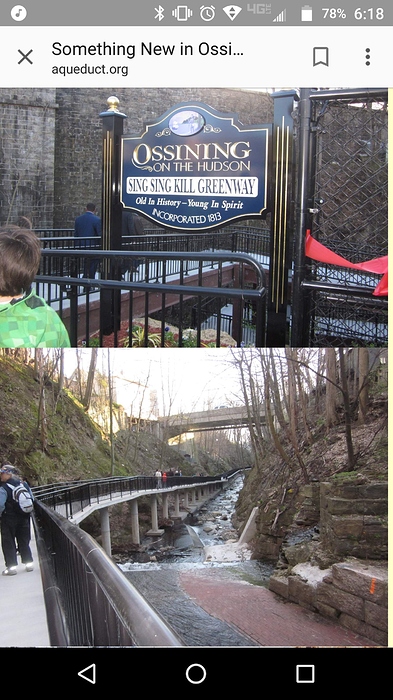 Two recent openings in downtown Yorktown, one a restaurant, the other a food shop with a small cafe.

Eda’s Garden is an organic cafe, looks interesting. It’s in the strip mall on Commerce Street where Rita’s ices is located. Not too far from the North County Trailway. One negative review on Yelp said they don’t offer tap water, which I know would bother me. I wonder if they’ve changed that policy.

Article about their opening: 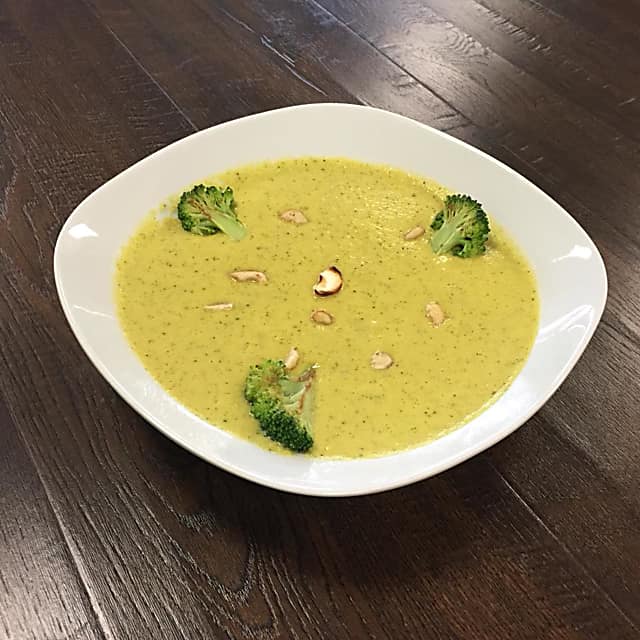 Expect a menu filled with organic, gluten-free, non-GMO and locally sourced food at Eda's Garden in Yorktown Heights. The new restaurant, which had its soft opening Saturday, Nov. 4, has also just unveiled its website."We want to sh...

G&G Euro Market is located where Destination Bistro used to be at the corner of 202 and 118 (shopping center where Cablevision used to be). They have all sorts of European products and pastries, some of which are apparently freshly made. There is also a small cafe. They have a website but their Instagram feed gives a better idea of what they carry. I stopped in and it looked nice but I didn’t buy anything. Here’s an article from the local paper about their opening: 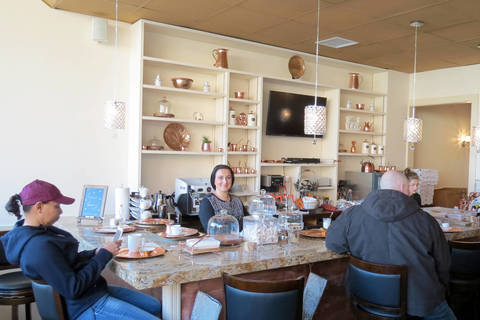 YORKTOWN, N.Y. - Born and raised in the Bronx, George Zadrima has lived in Yorktown for the past eight years. But as much as he loves the community, when it came to food shopping, he couldn’t...

G&G Euro Market is located where Destination Bistro used to be at the corner of 202 and 118 (shopping center where Cablevision used to be).

I’ve often wondered about that spot. I will check it out next time I head to Turco’s. It looks like their rainbow cookies are the kind I like - WITH marzipan!! Thanks!

Couldn’t have been that often since they’ve been open less than a month!

I hate that shopping center since you have to loop around the back to exit. But it’s not as crowded in the back since Cablevision/Optimum moved out and took all their colorful trucks with them.

Meanwhile in the closings category, after Destination Bistro closed, the owner/chef moved to Murphy’s a couple of blocks down Route 118. However, that will be closing soon as they received approval to redevelop the site into a combination office/retail/restaurant. I still remember when that building was (in reverse chronological order) Hanover, Rattlesnake and Huckleberry’s (the last one really dates me).

No, I actually meant I was curious about the location since there was a bakery there for a bit.

Do you know anything about Gaudios? It closed a while back and a new place opened.

Sorry, haven’t been there. There’s a new place on Route 6 in Mohegan Lake that looks interesting. They say they make their own mozzarella and online reviews are very good. I bought a Groupon for them, so I need to get there.

"Baldanza at The Bedford Post Inn: Campagna is out and Baldanza is in, as management changes hands at the restaurant at Richard Gere’s Bedford Post Inn again. Billed as the signature fine dining restaurant of the Baldanza Group that owns the Baldanza Market and Café in New Canaan that earned a Very Good review from the New York Times in 2014. A celebrity hang-out where Faye Dunaway had a designated table, The Baldanza Market and Café is a local farm to table serving take-out and dine-in. Chef Angela Baldanza, a Pound Ridge native with roots from Genoa to Calabria, became a bit of a celebrity herself after winning the Cooks vs. Cons competition on The Food Network. (PS – she was a cook!) Baldanza Bedford serves seasonal dishes featuring local organic ingredients, a large wood fire grill and homemade pastas. They offer a pre-fixe menu along with a la carte dining. Baldanza will also be operating The Barn at Bedford Post, a more casual restaurant open for breakfast, lunch, weekend brunch and dinner. We will be reviewing very soon. (954 Old Post Rd., Bedford, 914.234.7800; http://www.bedfordpostinn.com/

I stopped by today. The owner is very nice. They have a cute little counter with some pastries and good smelling coffee. The store was mostly packaged goods and mostly from Greece, from what I could tell. They have a small meat counter with some Boars Head and some sausages from other countries. The bakery was smaller than I thought it would be. The blank spot in the picture is where the rainbow cookies with the marzipan were before I bought them!! 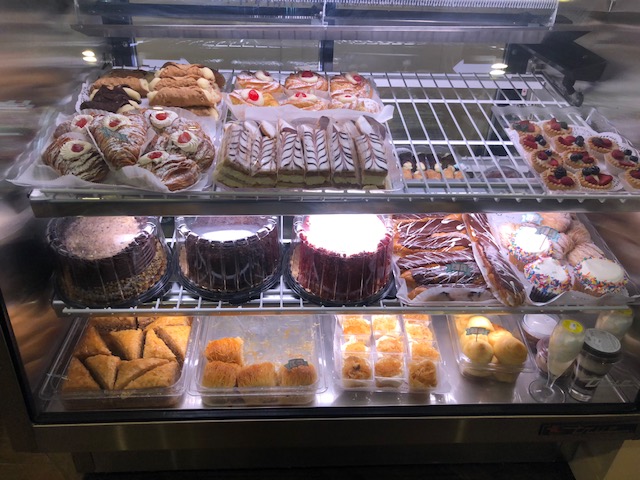 Never did get there. Too late! 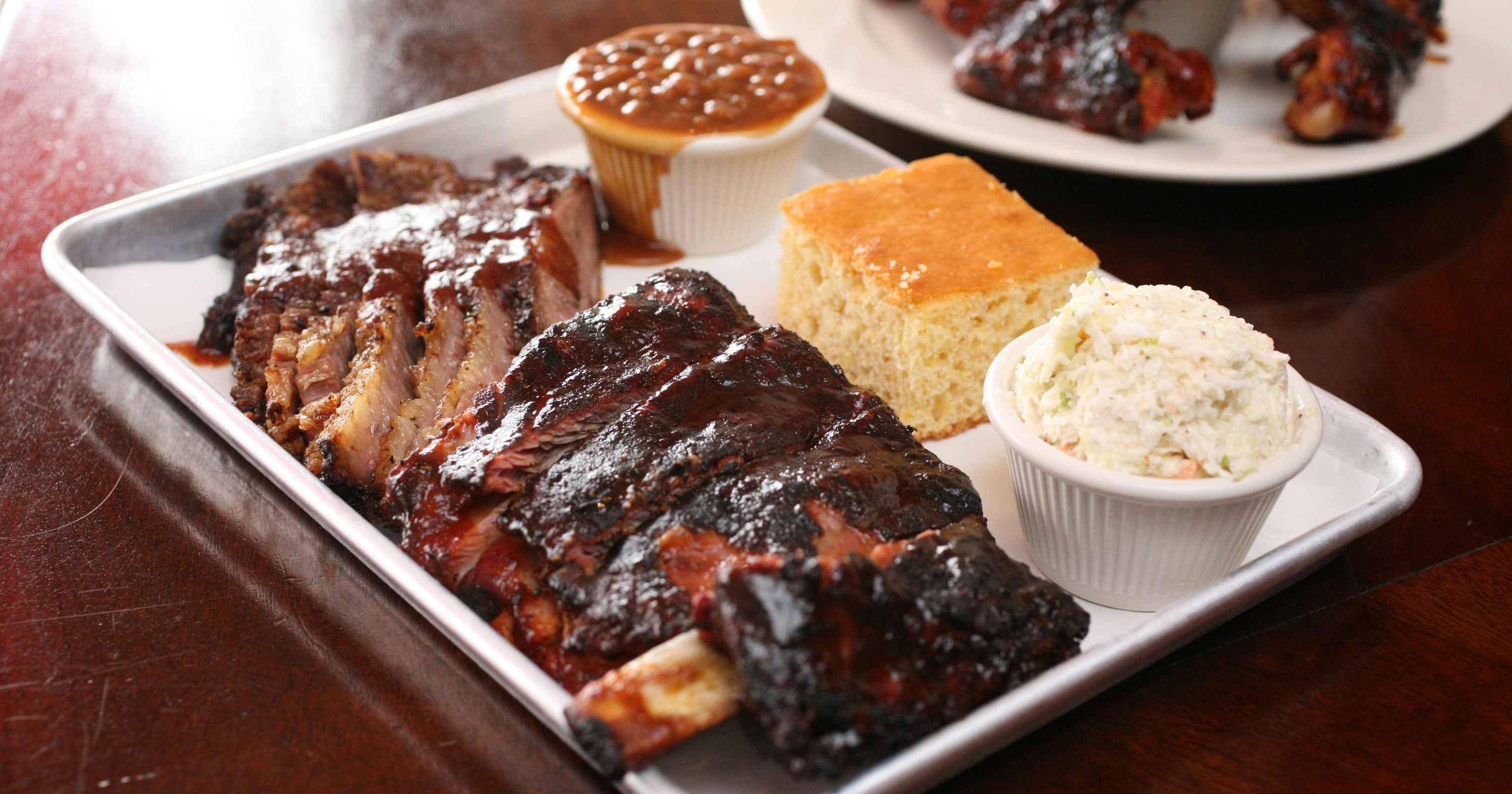 In business since 2005, popular BBQ restaurant's website suggests that it may be relocating and reopening soon.

Gwenn-
It was good (bbq) for Westchester,but that is a very low standard! I used to go,but stopped ages ago. Although it was ok and rarely found better locally - always wanted it to be even better. I know their are plans underway for a different bbq to open in the spring, I think its in port Chester also. Hope it becomes a reality.

I saw that a portion of the parking lot across former Best Market/Mrs. Green’s on Central Avenue in Hartsdale is now fenced in for some construction work. Checked out the the Dalewood Shopping Center website and it lists Shake Shack as future tenant on the to-be constructed building.

YAY! I still have not tried Shake Shack. Maybe I will now.

@djca Wow, thanks for the report! Shake shack really is branching out. It’s not my favorite style burger but I love their frozen custard.