At a Hong Kong cafe, there is an eclectic mix of food from a fusion of Cantonese and Western (Primarily British) cuisine, Cantonese fares, and even Asian food from outside of China. Breakfast, lunch, dinner, and even late night fare are often found at these cafes. These cafes tend to be a jack-of-all-trades type of restaurants and have a wide range of opening time.

Where to eat?
San Francisco

Check out all the other topics on the regional Cantonese cuisine

I’m not sure it’s correct to say that the Western-type dishes are primarily British. Most of the dishes are copies of what was once called “Continental” cuisine - spaghetti, “Swiss steak,” borscht, fried pork cutlets, beef stroganoff, and so on. As well as the layered cakes you see.

Oh I meant primarily British based on the fact that HK was a British colony but no I think you’re absolutely right on the history. 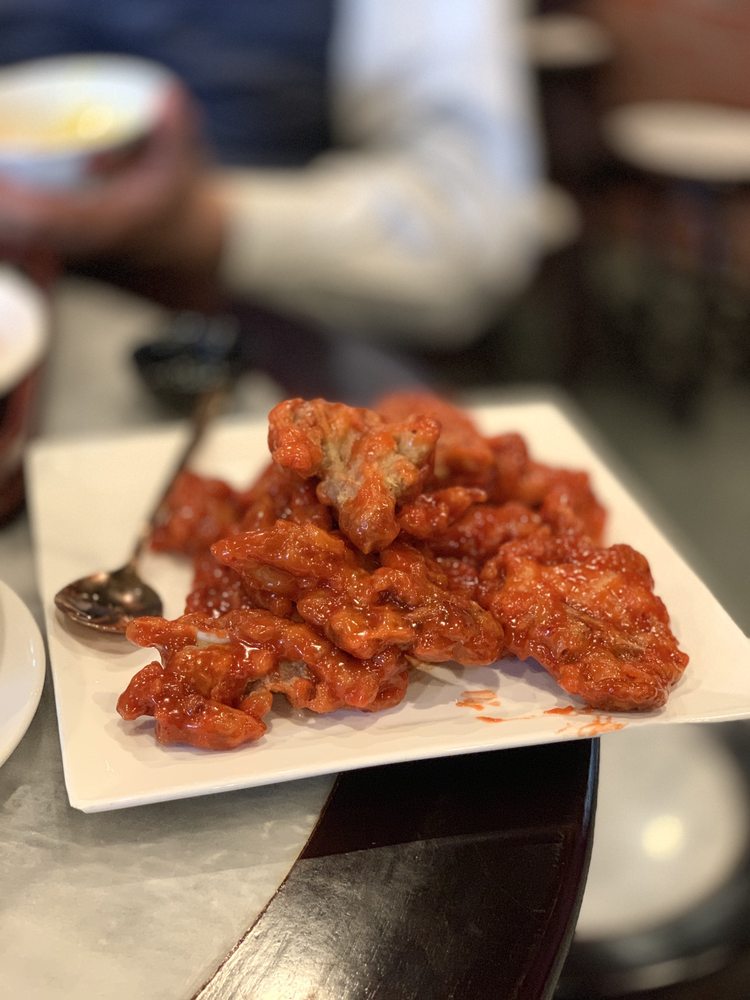 Hong Kong cafe chain Baby Cafe is opening a branch in the Emeryville Public Market. It wasn’t opened yet when I visited yesterday.

ETA: The online menu seems to be as extensive as ones at other HK cafes, but the menu board at Emeryville looked a lot shorter.

The Emeryville Baby Cafe is now open. I had lunch there today.

It does have a very restricted menu, about six dishes plus a list of “snacks”, some of which are dim sum.

This was a disappointment, since I wanted to try some of the less common HK dishes. My fish filet in curry sauce was ok, nothing special.

What did you want to try?

Maybe my favorite, pan fried noodles with mixed seafood, or that shrimp and egg dish over chow fun described uptopic. Or even baked pork chop on spaghetti, which I think you were looking for in another topic.

There’s also the problem that the Public Market has gotten kind of uncomfortable to be in. All the tables and chairs in the common area are now tall, so it’s hard to relax.

Chan’s Kitchen Oakland - a few months ago had a quick snack of the won ton in chili oil for $6 or $7 plus tax and tip. Juicy, not doughy and major heat from the peppercorns. It was much busier at lunchtime with a crowd that looked like it came from nearby office buildings and was larger than I can remember there having been at anytime at Shanghai Restaurant in that spot in the 25 years or so I had been passing by. Haven’t tried Baby Cafe but Luke Tsai had a minor love affair with it and w…

Ack, I’ll get to updating things one day, just a little busy atm. @_@