Recommendations for Berlin and Hamburg

Hi, we’re looking for recommendations for Berlin and Hamburg. When we were last in Berlin a couple of years ago, we really liked District Mot, Banh Xeo Saigon, Rogacki, Weinbar Rutz, and Habel Weinkultur. We thought that Dae Mon was good, but way overpriced. Lokal was ok. We regretted going to Lecker Song, Arirang, Kimchee Princess.

So we’re looking for places that should not be missed. Such as The Bird??

Never been to Hamburg. Is there anything good to eat there?

Not sure if you are interested in cocktail bars, but Reingold (Mitte), Beckett’s Kopf (Pberg), Stagger Lee (Schöneberg) and Lebensstern (Schöneberg) are all great in their own way.

Also, not sure when you will be in Berlin, but the Thaiwiese @Preussenpark is not to be missed when the weather is nice enough to be outside. The local Thai community sets up numerous stands in a park, and the food is fabulous and cheap. Killer som tam, excellent soup, curries, noodle dishes, and boozy drinks galore. You can also get a massage while you’re there

Another favorite of mine is the Saturday market on Winterfeldtplatz (Schöneberg) – not just for grocery shopping, but for lunch. Steckerlfisch offers whole grilled fish or fish filets, there’s a Swabian stand, and another favorite of mine, a Thai cart that sells amazing “dim sum” – the spicy ones in particular are addictive.

Lemme know if you’d like any more advice on specific cuisines (also, I’m sure I forgot a bunch).

As for Hamburg, get thee to Nil. Really wonderful place with modern German food and super-friendly service.

These are places I haven’t been to myself, but plan on checking out this summer:

Ha!! I read the title and was going to tag you in this. You beat me to it!!

I was hoping to hear from you. I will take your list into careful consideration. What this means (in Klartext), is that I’ll get to each of the addresses I possibly can. The thing is, we’ll be traveling with friends for part of the time, and other people tend to have their own ideas.

In any case, eating a cheeseburger at The Bird is the main reason for this trip to Berlin, even though my wife thinks that it’s because we want to see Nefertiti. I’m sure I’ve heard of Wirshaus “Henne”. It was probably in one of your posts, either here or on Chowhound. And Friedel Richter looks great, too. Although the idea of paying in Bitcoins is a little intimidating. All I usually carry with me are Euros. As far as Txokoa is concerned, you mention the 24-hour pork belly. I looked at their menu, and they also have 36-hour braised pork cheeks. Have you tried them?

We’ll be in Berlin the first week of May, so Thaiwiese is a definite possibility. And market at Winterfeldtplatz with Thai dim sum is not to be missed. The last time we were in Berlin we had some quite nice Vietnamese food in Lichtenberg. Do you know the place?

We are currently staying across the street from Henne, and ate there tonight as walk-ins seated at a communal table. Should you be turned away, it is good to know that Zur Kleine Markthalle, within sight down the street, has a nearly-identical menu (and is nearly as good). We walked in there on a Friday night. A couple of minor points about Henne: you cannot take pictures, and they only provide a fork, no knives.

Cocolo has a second location in Kreuzberg, which we visited. The tonkotsu broth was not overly salty or fatty, which I appreciated.

Friends took us to Coda Dessert Bar in Neukölln, which was quite inventive. It’s on the pricey side, though: I had a three-course menu with drink pairing for 41 euros, the most I paid at one place in Berlin, and it wasn’t even a full meal!

Thanks for the info. I don’t take pictures anyway, so that is not a downside for me. But what’s this with Henne not providing knives? Does this mean you have to pull the meat apart with your fingers?

If you plan on trying some Hamburg specialities do have a look at this official site of the city which lists several restaurants serving them. (I read German but if you don’t you can use a site such as G00gle translate to translate the entire page at a time).

I’m a sucker for traditional foods without a twist and always try to eat them where I visit. Beside “Hamburg steak” the city is also known for its seafood dishes.

Here are some of the typical eats in Hamburg. I am familiar with German food in general and make it all the time. (Photos borrowed from the site): 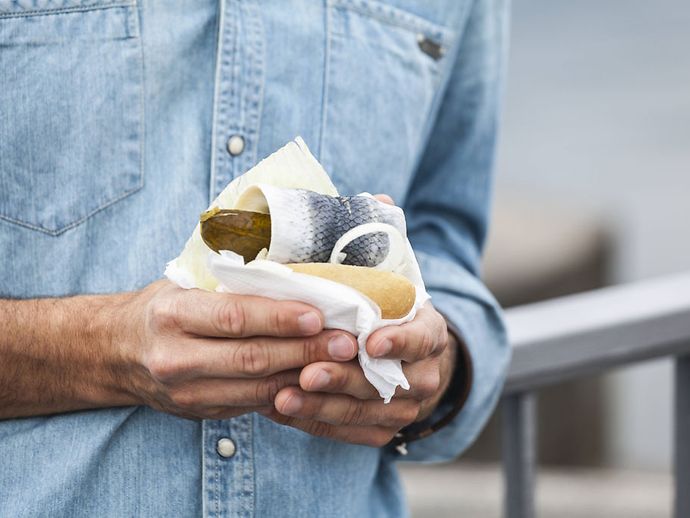 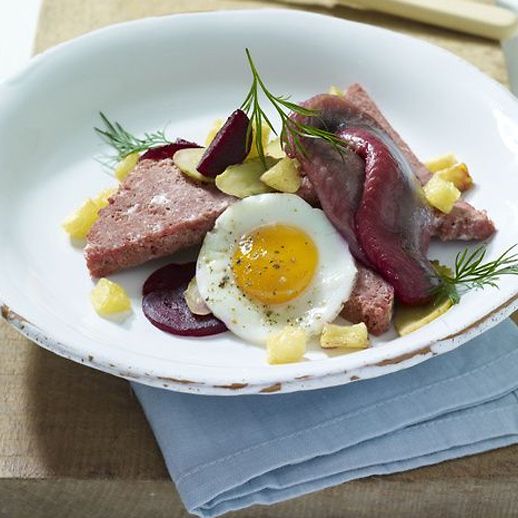 Are there any of those restaurants that you like and can recommend? I am usually leery of lists put together by the tourist boards. The food pictures look good. I, for one, love herring, but my wife won’t touch it. She has some other restrictions, so that somewhat limits where we go to eat.

I went to Hamburg in my youthful stupid days so I didn’t know any better.

The list is an idea so you know what typical foods are there, and it probably has links to the restaurants (to see their menus). If you like herrings you are in luck in Hamburg.
The smoked fish in the north is fantastic. Besides typical herrings other sorts of smoked fish are hard to find the farther south you go, or don’t even exist.

You can find illicit photos of the half-chicken at Henne on the Internet. It looks like you would expect. Not particularly photogenic.

The German patrons were pulling it apart with their fingers and then gnawing on the pieces. I am reluctant to do the former when only one small paper napkin is provided, and I can’t do the latter because I currently have braces on my teeth. (Right now I am even using a sharp knife to eat small slices of croissant!) I asked for a knife and the server said the only one she had was the one she used to cut bread. She offered a second fork. Fortunately, the chicken was moist and tender enough (once my partner did the initial dismembering) that the two forks sufficed.

It’s pretty easy to tear the meat off, and you can always ask for extra napkins (I always do).

Hey … someone mentions Berlin on a food board, I won’t be able to help myself

I hear ya about the cheeseburger at the Bird; we always make sure to go there at least once during our stay (now made even easier with their dependance in Mitte, which is where our pad is located). Nefertiti Shmefertiti!

I’m not sure how serious FR is about paying in bitcoin, but they gladly accepted our Euros.

I’ve not had the pork cheeks at Txokoa, but plan on doing so this summer.

As for the Viet place, my guess is you’re referring to Dong Xuan shopping center (?). I’m not crazy about Viet food in Berlin – seems almost impossible to get decent phô, and I prefer fiery Thai over herb-y Viet any day

Just thinking about all the places in Berlin already makes me excited for our trip!

Yup, it was the Dong Xuan center. The day we were there the restaurant was booked for a wedding, but they were still serving a reduced menu in one room. The food was good, but it seemed like Chinese food to me. We walked through one of the stores that carried food products. I saw a bottle of Chinese rice wine that I use in cooking. The price was €2.50. I pay five times that in Zurich.

As for the Viet place, my guess is you’re referring to Dong Xuan shopping center (?). I’m not crazy about Viet food in Berlin – seems almost impossible to get decent phô, and I prefer fiery Thai over herb-y Viet any day

Agree with Lingua here - all of the Vietnamese food I’ve had in Berlin has been very lackluster. Truly spicy Thai is hard to come by too, although that may be because I don’t know the secret code to ask for “Thai spicy” auf Deutsch!

Also, I second, third, fourth and fifth the Bird. I dream of their patty melt and fries on a regular basis.

we had a few good german meals at Renger-Patzsch in Berlin approx 7 years ago: 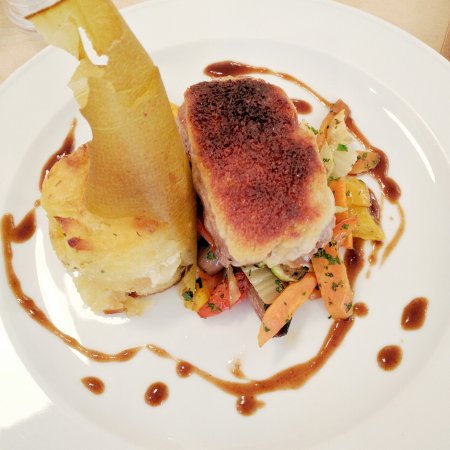 Our kids were quite young that time (5 and 6 years old) and they were very nice about it. The kids enjoyed the food also

Thanks, I’ll look into it.

Also, if you’re in the nabe… Markthalle 9 in the eastern part of Xberg has a Street Food Thursday every week with lots of different foods & wines to choose from. Only disadvantage is the ridic amount of hipsters. But maybe you can deal with that better than I '-D