Raw Milk. Do you believe in Raw Milk?

One of our cheese factories uses only Amish milk. A bunch of my kids drive early in the morning to pick up the cans and bring them to the factory.

I’m lucky to have reliable sources. Hey, for the leisure of raw milk, I have to trade for Trader Joe’s, HEB, among other stores I’d love to have near me.

Cash on the barrelhead here. I buy meat, milk and produce from farmers. A lot of my meat was raised by kids aged 6-18. Oh, maple too. I get syrup from kids, and lots of wild game as gifts. They know I’m good at prepping a wild turkey. Don’t bring me no rabbits.

Raw milk cheese is a delight. I’ve drunk raw milk on farms on my youth to no ill effects.

It really is good. You feel so good squeezing it in the cheesecloth and letting it drain. My family gobbles it up pretty quickly. Cheesecloth is the only equipment you need, besides a pot for warming the milk. You can still make the cheese with whole pasteurized milk; but it’ll miss a touch of creaminess.

Next time you have a gallon, or half, ready to expire, cheese that milk!

Hasn’t killed me yet, and farm kids drink it with no pain.

It has full cream. There’s no “whole” milk like it.

Let me let youse in on a little secret. When the milk truck comes to a farm to load that farmers bulk tank milk, he takes a little beaker-sized sample. The big batch on the truck then gets tested at the creamery. If that big tank of milk has listeria, they test the individual samples from each farm. The farmer with the listeria bacteria buys the whole batch. That whole milk truck’s worth. Farmers by me are careful to stay clean, care for their animals responsibly, and work harder/longer hours for less than any profession I know of.

But, the number one killer of dairy farmers is switching to beef. Sure as hell ain’t listeria. There are many beneficial bacteria in raw milk. My bottom line is this. I know of few, if any, dairy farmers who think homogenized/pasteurized milk is better for you. It (raw) has all 60 enzymes in it and all 22 aminos and all 18 fatty acids. Those are the things I hear about it, justifying the healthy thing. I go for taste.

You can get listeria from a carrot or a peach, or almost any food that will host the bacteria. Outlaw those, too. NOT!!! The stuff isn’t heroine.

My only experience with unpasteurised milk is in cheese, where it’s in quite common use for farmhouse cheeses.

There’s a farm shop I know, a couple of hours north of me. which has a raw milk vending machine. Milk comes from their own herd (and you can watch the milking ,as the barn is next to the shop).

But when I lived in France, our favorite was an ultrafiltered (not pasteurizedl…it was actually available in the supermarket.

There was a small farm store I shopped at occasionally that sold fresh milk…in a glass jar that you had to shake because the cream would rise and plug the neck of the bottle. Ot was pricey, but a much loved treat.

In Florida raw milk is available, but labeled as pet food only under state law.

I have a source to buy raw sheep’s milk, but it really expensive and I have to drive quite a ways to meet up with the folks from the farm (which is several hours away)…it’s lovely, but I just cant justify it.

Many folk, internationally, will know of the British blue cheese, Stilton. But few will have heard of Stichelton which, deliberately, sounds a bit like Stilton. Stilton has an official protected designation which means that it has to be made in only three counties. It also has to be made with pasteurised milk.

Now, Stichelton (which is a wonderful cheese) is made in one of the three counties and is in exactly the same style as Stilton. But it uses unpasteurised milk, so can’t be called Stilton.

Stichelton is a favorite I discovered several years ago, about the same time I discovered a British washed rind cheese from a small farm that is no longer in existence.

It was something like Ardrachan or some such. A family-run farm that ended producing over a familly dispute. Shame.

Maybe back in business? Google finds me Ardrahan. I’ve not come across it before but it’s one of those semi-soft cheeses that the Irish do so well. Look out for Gubbeen which is the same style and also from County Cork. 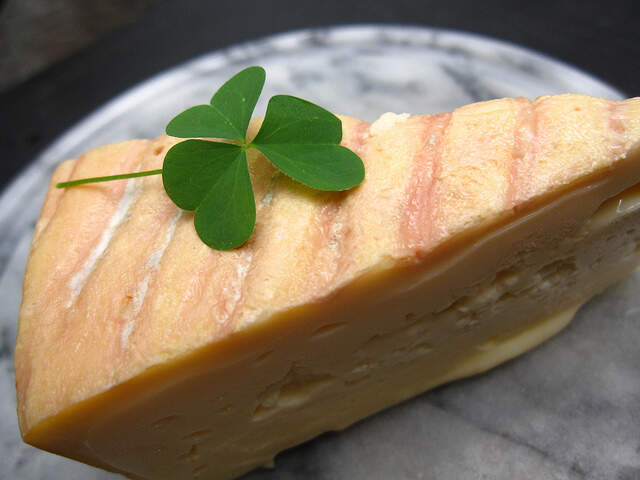 Ardrahan is a semi-soft cheese made from pasteurised cow's milk by Eugene and Mary Burns in Duhallow - a County Cork town located south of Ireland. All the milk used in the cheese production comes...

OMG. yes, that is it!!! So I wasn’t completely off. If you have the chance to try it, it’s really quite something

Personally, lactose intolerance, a lot of problem in digestion with raw whole milk or cream… but raw milk cheese are my preference, far superior in taste than pasteurized milk cheese.

I grew up frequently having raw milk at a grandfather’s farm. Also used to drink milk straight from the goats. (Not what you’re thinking - I mean I’d milk it into a glass). But that was so long ago that other than a vague recollection that it was better, I really don’t actually remember the taste differences.

My state only recently started permitting again the sale of raw milk and cream for human consumption. Previously it had to be labeled as animal use only, and was hard to find (although I’m sure people agreed it was for animal use then “wink-wink” consumed it themselves anyway).

I’m reading now that it’s freely permitted to sell for human use, more markets are carrying it. I’d like to get some of both for paneer etc. and see how that differs from when I’m making it now with Pasteurized milk and UHT Pasteurized cream. All groceries here sell only the UHT-P cream, and most paneer recipes say “don’t use that” but don’t really specify why. Cultured butter recipes also say not to use the UHT-P cream.

I’m not sure if Pasteurization is the culprit, to the extent raw vs. commercial-prep milk taste different. Not solely, anyway, although some studies have documented protein conformation or configurational changes. Homogenization also impacts how the proteins interact with each other and with the fats. I don’t recall if that was considered a “bad” thing or just no impact, though.

Edit - the above comments were recollections from readings I did probably 15-20 years ago. This research paper linked below is a lot younger than that (it’s from 2017) but they discuss some changes from both Pasteurization and homogenization.

Effect of homogenization and heat treatment on the behavior of protein and... 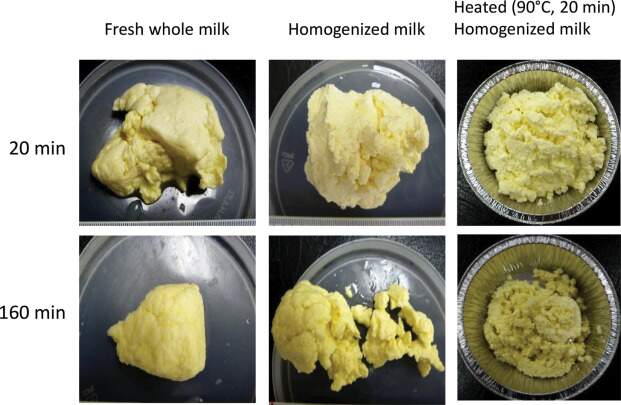 drink milk straight from the goats. (Not what you’re thinking - I mean I’d milk it into a glass).

Good… I was thinking that you were harassing the goats.

Well, I did do that too; after a fashion. Gramps would call one over and tell me “Get on, boy, and hang onto the collar tight” then whack it on the rear.

Two of them were mountain goats. They’d go up and down steep ravines with me clinging for dear life.

Gramps would call one over and tell me “Get on, boy, and hang onto the collar tight” then whack it on the rear.

Well, that is ok. The dwarves of iron hills rode rams. Did you end up charging the elves?

Interesting photos. I wonder if this is always true – as in, this is only true for a particular temperature and a particular… We have some ways around this problem.

I’m not sure. I’m doing some additional digging and I think the photos on the right column might be misleading to the extent one wants to map them onto current commercial product, because at least according to this “International Dairy” association whole milk can be Pasteurized at 66°C for 30 minutes or 92°C for only one second. Not 20 minutes at 90°C as in this paper. (These numbers are for whole milk, take off 3 degrees for lower fat like 2% or skim)

But the same association says the UHT is at 141°C, so the photos in that column might be representative of cheese-making using UHT cream.

If I do get my hands on some raw cream (no homo no Pasteurization) I’ll make paneer and I’ll remember to shoot you a PM about differences (if any) that I see in curd formation. I suspect it’ll be larger curds and overall a creamier product than I’m used to making.

Wow. You know how to make paneer. Nice.

Originally, the only reason I entered this thread was to make that quip.

I was devastated that you beat me to it.