Raw Milk. Do you believe in Raw Milk?

What about you? Do you prefer to drink raw milk? Do you believe it tastes better and have more health benefits? Or do you think there are more harms than goods?

I don’t drink or cook with raw milk.

Yes, I have. I grew up with sixties hippies parents who believed that everything government and science said was a lie and/or a conspiracy.

I have never enjoyed drinking glasses of milk, but I used raw milk and cream in cooking before I learned of the dangers.

Do you prefer to drink raw milk

Don’t you want to be a little bad?

“Do you believe in raw milk”

Do you? What are the purported health benefits?

I believe raw milk exists. I don’t think that is what you are asking. I believe I have gotten rather ill from it once and potentially ill a few other times. I am referring here to milk or cream in its uncooked or in a very slightly cooked stage. I don’t think I have had problems with fermented foods like cheese or yogurt. I am using believe and think here intentionally because when one gets sick from food it is hard to know when and where but my personal experience has me refusing to drink raw milk. I suppose if I milked the cow myself my attitude would be different but unless I know the actual cow and the person milking it, I’m out.

I believe I have gotten rather ill from it once and potentially ill a few other times.

Sorry to hear that.

Not sure. Taste better?

I’ve used it to feed our lizard.

I wouldn’t touch the stuff myself, raw or pasteurized.

Taste isn’t a health benefit, though.

Too scared to drink it.

I’ve had it . Not a big deal . There are some beautiful farms up here .

I don’t know if it still is, but it used to be sold in health food stores in California.

One of the episodes of Rotten, the Netflix series about various foods was devoted in part to raw milk. 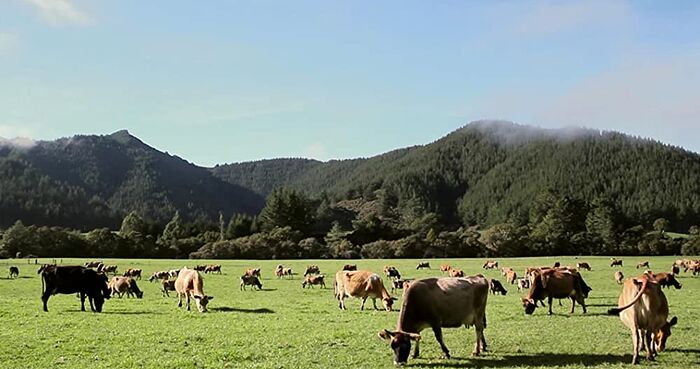 It tastes different/better than pasteurized milk but more importantly if you make fresh cheese, e.g. ricotta, fromage blanc, quark the product tastes better. The problem is that it is not really easy to get on a regular basis from a trustworthy source.

Where I live we refer to it as bulk tank milk; cuz it comes from the bulk tank. Nice and cold, too. I love it. The farm kids I have raised on that stuff like NEVER get sick. And waiting for the cream to rise, and putting some in your_______ is quite bonus.

American/Canadian science sees it as thus. Many many places only consume raw, and they’re not dropping like flies. Like anything, consider the source before you buy.

Tastes better, and IMHO, better for you.

I would describe the taste as sugarless melted ice cream. Still has the cream in it. I love it. If you’re worried, don’t buy it.

Should be legal to purchase if you want. If not, I’ll just have to be a scofflaw. I’m in jail right now, anyway. Justice is served.

I would say, if you’re not used to it, don’t bother. Some folks have more delicate innards than others. I know the source of any bulk tank milk I buy. If I didn’t, I probably wouldn’t buy it.

I like it. If you don’t, we can still be friends.

Tastes better, and IMHO, better for you.

Yeah. I feel it tastes better, but I also do not know if it is a imaginative.