Nano-review: They can’t all be winners.

Longer review: They supposedly open at noon, but when we arrived about 12:45, they were just unlocking the door and turned on the “Open” sign (maybe because they saw us pull up?). There was some explanation about someone changing the water meter, but it seemed awfully coincidental.

Obviously we were the only customers, and no one else arrived when we were there. Even though they didn’t open until 12:45, I got the impression that the buffet had been sitting out since noon, because everything was room temperature.

The cuisine here is Gujrati (Kathiyawadi/Jain/Swaminarayan), so very little will be familiar to people used to the more common Indian cuisines. What we had (as best as I can tell) was Kichu, Ringan Ravaiya (eggplant), Palak Paneer, dhal, Ringna Vatan (peas and onions), Carrot Sambharo, dry vegetable curry,idli in yogurt, rice, and roti. There was also something that looked like short pieces of spahetti in tomato sauce. (Pictures below.)

The roti was good, the kichu was not bad, but everything else suffered from being at basically room temperature.

The kicker was that the lunch buffet was $14 each (including tax, but not tip). That’s too much for mediocre food.

(This is rated very highly on Yelp, which makes me wonder if the good reviews are from friends and family.) 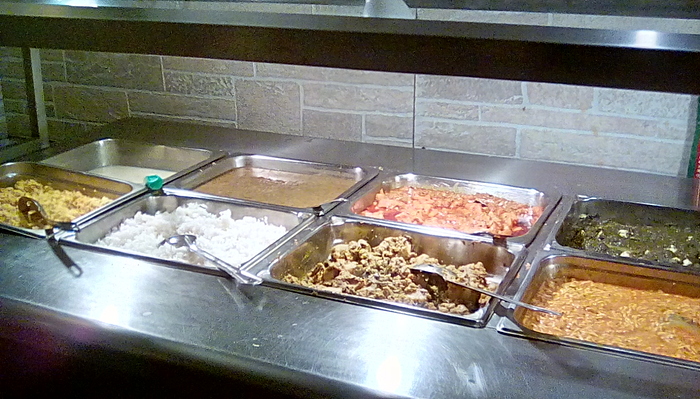 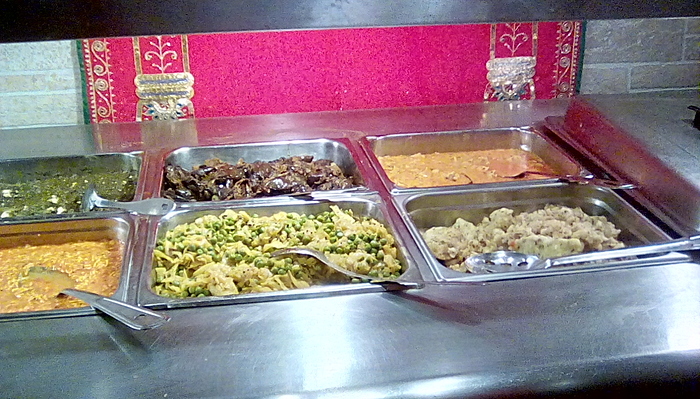 Have you tried haldi chowk? I really like that place. There is a Groupon right now

Neelam is par excellence as far as I’m concerned. Not just great food, but good people. I’ve been going there since I was a small child. When I took my mom there a few weeks after my dad passed, in place of the bill, they handed us this: 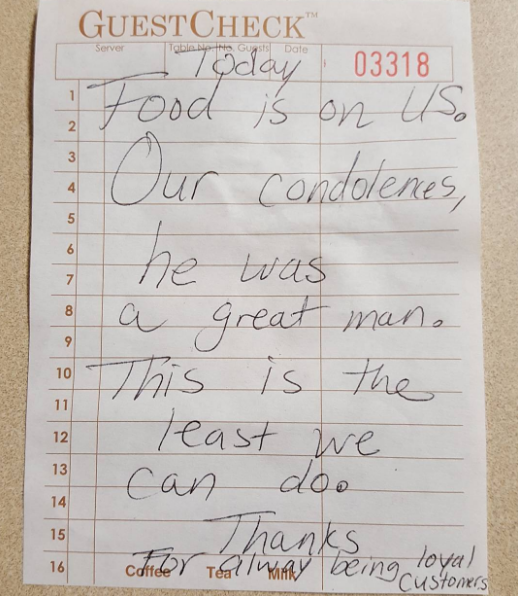 I usually order off the menu. They take their time. Its nice to sit there chatting over a bottle of wine, or in my case, Scotch.

Buffet is Thursday and Sunday nights I believe, and they have a nice lunch buffet as well. Prices are not bad either.

They note alone is all the reason I need to give them a try!

Wow…that was really nice of them!

Any good recommendations there?

@curlz start up a hodown! ; ) this is my town so Id have to come lol

They usually have a lamb vindaloo in the buffet (I ate it last night) that is beyond words. The sauce rich, spicy, and flavorful. The lamb falls apart in your mouth as if it had been stewing for hours.

When I order off the menu, I get the chicken makhni or chicken tikka masala. Kind of boring, I know, but they are just too amazing to pass up. Their food is not usually spicy, but I ask them to crank it up. They usually listen.

Onion kulcha is a good substitute for naan. The Neelam special appetizer is a good way to start your meal if you have never been there because they include a little bit of everything. Their tandoori shrimp is also delightful. Really plump, tender shrimp. All meals come with basmati rice and they sometimes throw in a small tray of vegetable korma on the house as well.

I should probably just create a separate thread for Neelam, but here is a plate from the buffet last night. Not a great pic, but Chicken Makhni (aka butter chicken), lamb vindaloo, panir saag, and rice with vegetable korma. Everything you need in lie right there. 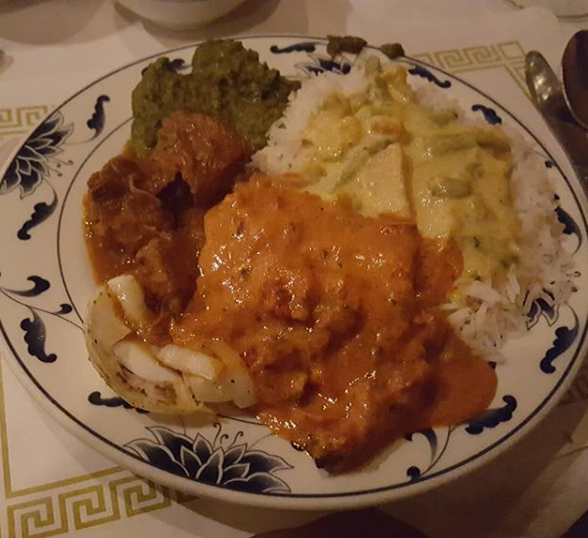 The last time I went to Neelam there was a 24 inch long black hair in the Daal.

I have firm and fast rule when that happens.

I finally went last night. It’s only taken me a few decades lol. @gcaggiano do you want to start a thread? I think we have thoroughly hijacked Evelyn’s thread enough at this point

Here it is, everyone: Neelam Exotic Indian Cuisine [Middletown, NJ]