Since Johnny and I hijacked that other Indian restaurant thread, here is one for Neelam. They are tied for my favorite Indian restaurant of all-time. Like I outlined in the other thread, not just good food but good people. My original blog review here.

Went through my Insta to find some food pictures from over the last few months. I usually seem to be there every 3-4 weeks. Dim lighting doesn’t make for the greatest images. 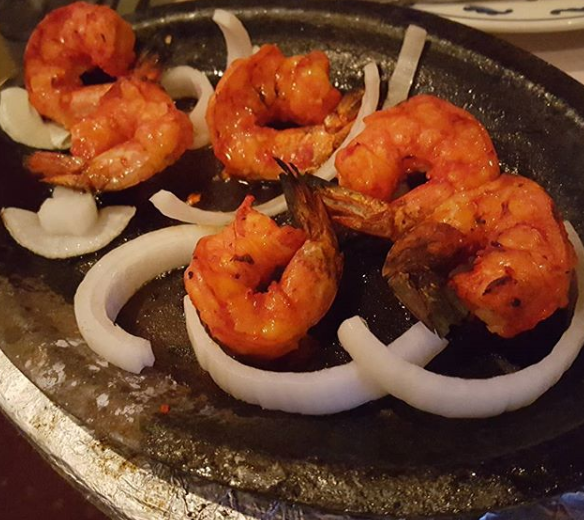 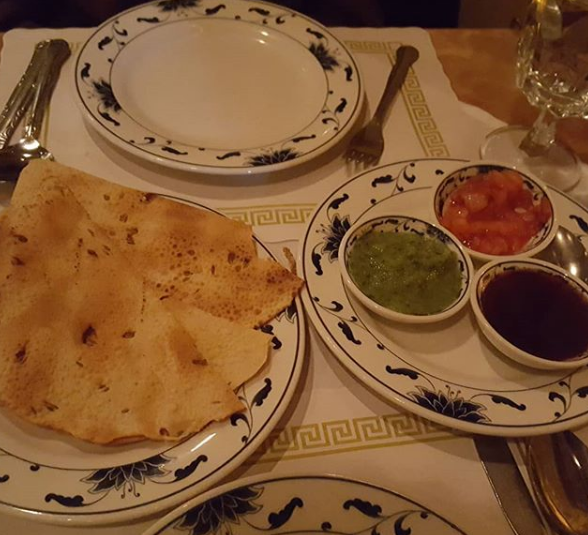 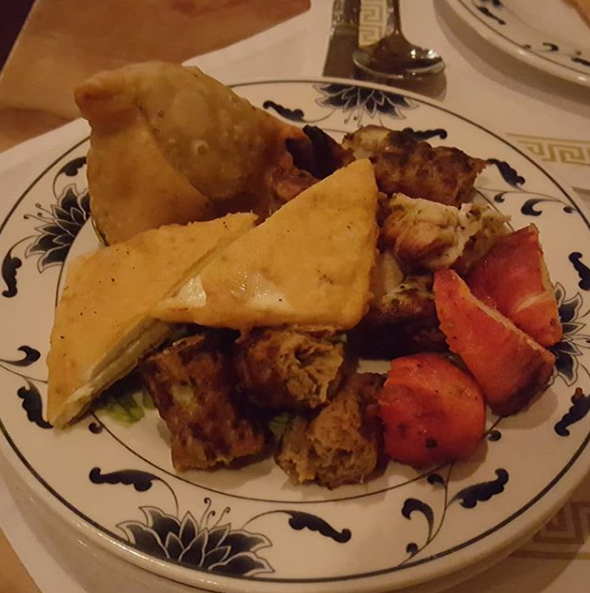 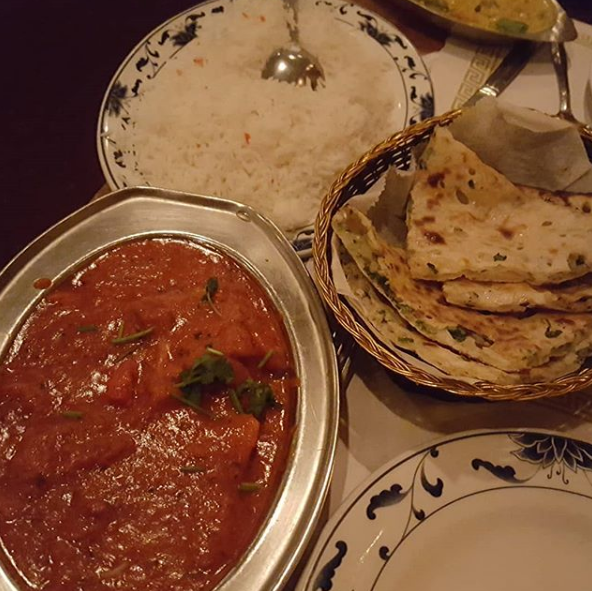 I actually went last night and arrived during the wind storm around 815. There were two tables and one left as we arrived.

I ordered the “house special” and my friend got the tandoori mix. I wanted to try a few different things so this seemed to be the best route. The lamb vindaloo was indeed super tender and that was a good call Greg. I think we only got one shrimp in the tandoori mix and it was delicious. I’d probably get shrimp next time.

I would give haldi chowk a shot. I think you will be pleasantly surprised. Their tandoori comes out blazing hot, is wonderfully flavored and a really nice proportion. They have a mixed appetizer that is top notch and could be a meal. 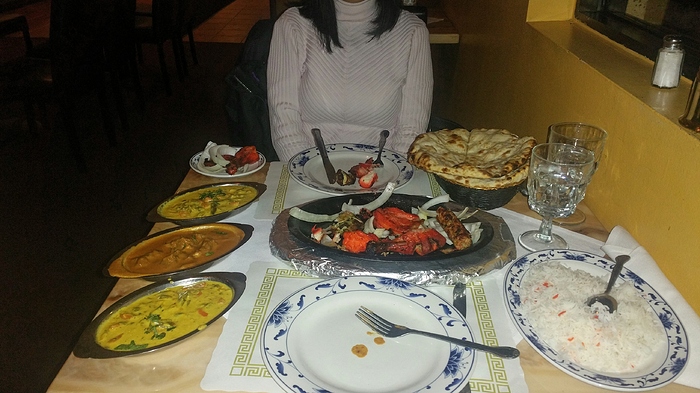 So glad you went there and enjoyed it!

I actually did go to Haldi Chowk once. It was right after it opened. The food was fine, but I thought the portion size was minuscule. Maybe it was because they were new, but take the food you had at Neelam, pay the same price, and then reduce the portion by 30-40%. I reviewed them here.

Funny thing is, I called them out on it on their Yelp page and the owner contacted me directly saying something to the effect of, “If we gave more food, then we’d have to charge more money”. I responded in the kindest way possible that they should go a mile down the street to Neelam to learn a thing or two about pricing. Then again, if you had to charge a couple more dollars, no one is going to complain if they are adequately fed.

I actually had quite the opposite experience at haldi. I haven’t been there too much…maybe 6 times. I thought the portions were fairly nice. Here is an example of a tandoori app below… Juicy meat,
Piping hot, and I like the lime too! I realize not all dishes are consistent so keep that in mind. There are a lot of variables in the restaurant world lol. However, my experience has been good. I have some pics of the emporer and I too

I want to give Neelam another shot soon and try a few more things. I’m not really a buffet guy so I will rely on your recommendations. 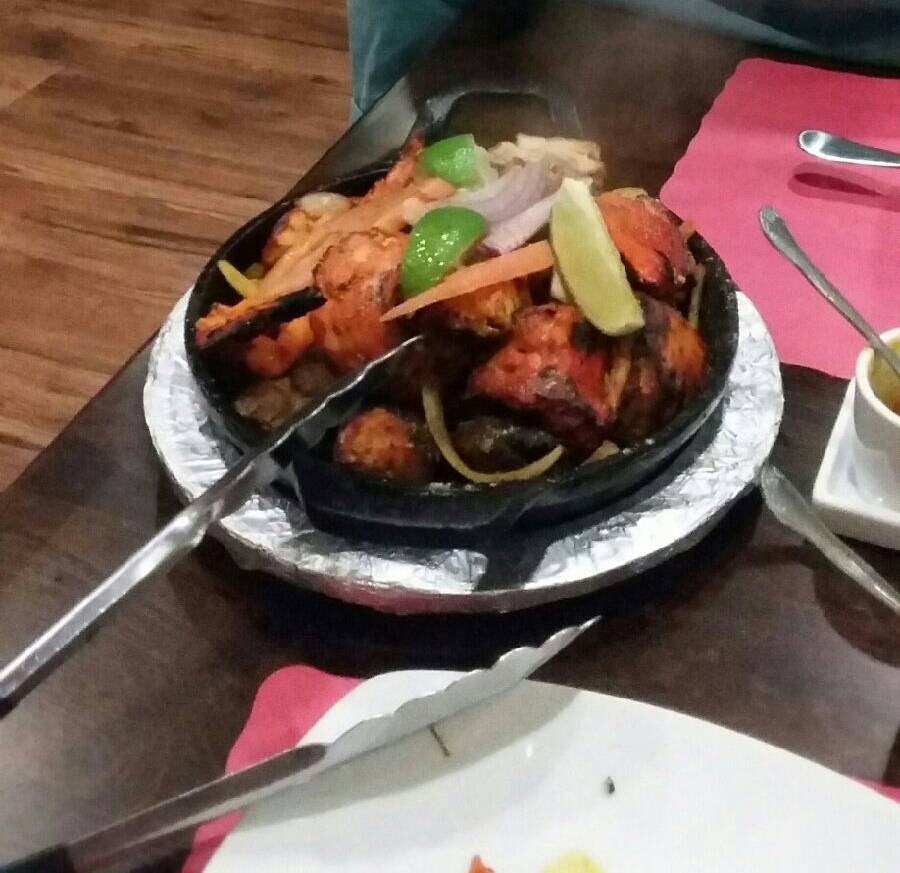 Maybe I will have to give them another shot. That looks great.

Neelam used to be terrifically popular for lunch with the Bell Labs folks in the Middletown building. (It may still be but I left that building 25 years or more ago, and retired 17 years ago, so I’m a bit out of touch).

I was thinking about going again tonight. I’m not a huge buffet guy, but if I can get the emporer to come out, I might give it a shot lol

Go for it! And even if they do have the buffet, they usually let you order off the menu as well.

I LOVE Neelam. I was there on Friday night in the midst of the storm and then again on Sunday. We go at least once a month. The food is amazing and the prices are very reasonable.

IMO Neelam is still the best Indian restaurant south of Middletown (not that there’s much competition). Haldi is good too, but I personally prefer Neelam. Haldi can be EXTREMELY EXTREMELY slow also.

And then there’s the eternal sadness that is Tandoor E…

Come on Joon. Leave Tandoor E India alone. I order from them weekly (slight exaggeration) and their food is solid.

Don’t get me wrong, I’m not hating on Tandoor E. I’ve been going there since 2000? and have a very soft spot for it in my heart. I just feel bad for them because they are always empty. I seriously don’t know how this place has stayed in business.

Their menu orders have always been pretty decent, but my idea of a good time at Indian is always the buffet, and theirs has really suffered. I was recently there on a Thursday night and in the nearly 3 hours I was there, I think they had a total of 3 tables/6 customers excluding us. The buffet was nearly untouched during this time and was put away…I am pretty confident it’s not getting thrown away either, and I can tell you that the quality of the proteins in the buffet were poor, like it wasn’t their first rodeo.

Again, I really want to see these guys succeed, but IMO even on its best day Tandoor E’s buffet has never been able to compete with Neelam.

I can’t comment on the buffet as I usually do take out or delivery. I agree that the place is never packed but they must do a sufficient business to stay open all these years. An investment in renovating the interior might do them wonders.

Let me make a general statement about buffets: They’re problematic.

For Indian, I really like Royal Curry in Marketplace II on Route 34 in Matawan/Old Bridge. They do not have a buffet; however, their lunch special is that you order off the dinner menu but also get a samosa appetizer, naan, and rice included at that price. You don’t get a little of everything, but you can get whatever you want, which is a big plus. (The fact that 's less than 2 miles from my house helps also.)

I have been wondering if Royal Curry is worth it. It is closer to us than going all the way to Neelam. Thanks for the tip.

Royal Curry is great! I wish they had a thali type option…

There’s a difference between slow turnover and literally no one eating the food throughout dinner service. If you never refill your buffet food and have to collect the majority of it at the end of the night on a regular basis, you just need to shut down the buffet.

Latest is there is a new Indian opening up in Red Bank !!!

Well I liked pho Le so I will be sad to see it go. Hopefully this Indian place is good.

Is it my phone or does that website not have anything at all on it?

No not your phone, it’s just a splash page for now I think but I am hopeful…