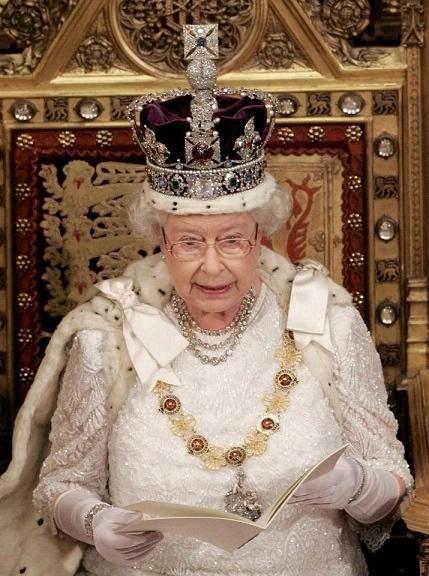 In light of your failure to financially manage yourselves and inability to effectively govern yourselves responsibly, we hereby give notice of the revocation of your independence, effective immediately. (You should look up ‘revocation’ in the Oxford English Dictionary.)

Her Sovereign Majesty Queen Elizabeth II will resume monarchical duties over all states, commonwealths, and territories (except Kansas, which she does not fancy).

Your new Prime Minister will appoint a Governor for the former United States of America without the need for further elections. Congress and the Senate will be disbanded. A questionnaire may be circulated sometime next year to determine whether any of you noticed.

To aid in the transition to a British Crown dependency, the following rules are introduced with immediate effect:

Liz Windsor has finally lost it. Bless her. She must have forgotten that most Britons celebrate 4 July as Thanksgiving.

And, of course, we particularly enjoy America’s idiosyncracies. Like how you pronounce “aluminium” - how we laugh.

This was delivered to my Brit friend in California Friday. The Santa Rosa florist team were great sports and jumped on the bandwagon enthusiastically. 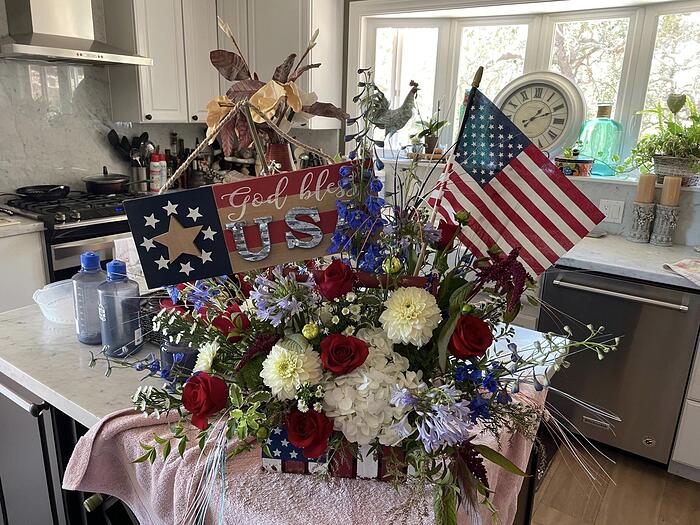 In these circumstances, I reckon the UK has little wriggle room and that it would not be long before the Danes were demanding their country back. Well, at least the part of England that they used to govern.

By the by, I recently read that the answer to the question “what’s a Canadian?” is an unarmed American with health care.

Don’t worry. You can still vacation in the Falklands….maybe.

Would GB want us back?

I don’t know why they would.

And I certainly wish them well in wresting the guns from Americans.

By the by, I recently read that the answer to the question “what’s a Canadian?” is an unarmed American with health care.

That made me chuckle. I guess I’m a Canadian disguised as an American

Would GB want us back?

In all seriousness, I’d very much doubt it.

Whilst the success of the terrorist uprising in the 1770/80s was a blow to national pride, it was one that was soon put behind us. It was a mistake that we didnt make again, as the dominion status given to Australia, Canada and New Zealand demonstrated. And, once free of the drain of America, Britain was able to turn its attention to developing its Empire. I think that, whilst there continue to be strong links between the UK and the US, the two countries have now diverged so significantly in social and cultural terms that welcoming you back would be impossible. I have said before that, of all the countries I’ve visited on holiday, America is the most “foreign”, even allowing for the language being pretty much the same.

You can still vacation in the Falklands….maybe.

Indeed so. Falklands is on the UK “green” list for travel. Along with a couple of other tourist hotspots. Like Pitcairn Island (home to the descendents of the Mutiny on the Bounty crew) and St Helena (where we imprisoned Napolean after his defeat in 1815)

Sure. After all, what was Brexit but a delusional bid for a return to empire and a belief that trade could be set up in a way that wasn’t going to have the ‘51st state’ at a complete disadvantage.

The U.K. a raging bin fire.

Meanwhile, I have things to say about Canada and its amazing PR. But I won’t. I’ve said enough.

I never win an insult contest with my Brit friend. He’s just too good. It’s all in good fun.

Time to move to the deck and enjoy some libations.

Brits use guns for much more than grouse. There is fox and deer.

I’m okay with 'u’s. Her Majesty left out “harbour.”

We’re going to have to negotiate on barbecue. Not sure there is room for compromise there. Similarly I respectfully suggest that no place where food is sold be allowed to call itself a pub unless a ploughman’s lunch is offered.

Americans will have to learn to insult people without expletives.

Now about napkins, nappies, and serviettes…

Americans will have to learn to insult people without expletives.

If they join the UK? The opposite: Americans will have to lose their preciousness about swearing.

Absolutely. And, when Scotland gains its independence (likely, I believe, in my lifetime), I’ll start campaigning for northwest England to cede from the Union and join Scotland (if they’d have us).

when Scotland gains its independence (likely, I believe, in my lifetime)

Maybe. Don’t they have to be independent for ten years to join the EU? Will there be an EU in ten years? You’re obviously closer than I am. I think there will be a lot of whining and protesting (UK protests, not American protests with arson and looting) but ultimately no separation. Northern Ireland is a more likely candidate but I think the deep seated religious divisions will prevent that as well.

Although Mel Gibson is not much of a horseman, there is this Don’t they have to be independent for ten years to join the EU?

Dunno. And I’m hoping I’ll still be around in a decade.

I’m hoping I’ll still be around in a decade.

I hope so also. 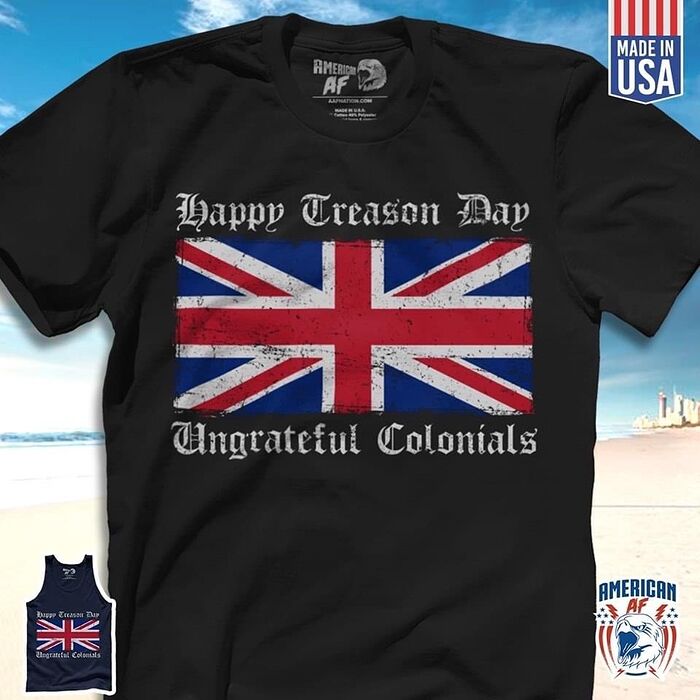