Potato chip flavors all over the world

(Mod note: this thread is spun off from the anniversary thread).

Ok, why do they have the best potato chip flavors in Canada? America is so far behind in the potato chip wars!

The Chinese Szechuan Chicken and Greek Tzatziki have made their appearance at my workplace. I was told (didn’t try them myself) that the Greek chips are addictive; while the Szechuan ones “weren’t as good.” Except that person ended up finishing the bag. So perhaps they’re addictive as well. LOL

Hungry Onion is one year old!

The Chinese Szechuan Chicken and Greek Tzatziki have made their appearance at my workplace. I was told (didn’t try them myself) that the Greek chips are addictive; while the Szechuan ones “weren’t as good.” Except that person ended up finishing the bag. So perhaps they’re addictive as well. LOL

We’ve tried the Greek Tzatziki, the Indian Tikka Masala, and the Brazilian Picanha. The Greek ones were the best of the 3, but not something I’d get again. They do taste like tzatiki, which I normally like, but it’s not a flavor I really enjoyed as a chip. We weren’t fans of the Tikka Masala ones. In India (and even Singapore and Malaysia), you can buy some amazing masala flavored chips. We were hoping these would be similar to those, but these were more sweet than spicy, and too tomato-ey for us. The Picanha ones were OK, but again, not something I would buy again.

Have never understood the need to “doctor up” a potato chip. Many brands are transcendent because their original recipes appealed to the snack palates of generations of consumers. Really. It’s a thinly sliced potato, fast cooked in an oil bath, and salted. That and a bottle of Pop and anyone of us is good till dinner.

It’s fun to search for new flavours in my travels and at home. Most of it is rubbish but it’s still fun. I found so many delicious sounding flavours in China and other countries but they all tasted salty and fatty, plus some kind of “flavour”. I’ve found nearly nothing ever really tasted like what it said on the package such as “Peking duck”, “BBQ ribs”, “pizza” et. Some are just downright disgusting, really.

My favourite as a teenager. I’m not sure if it still tastes the same over 20 years later…
(photo taken yesterday) 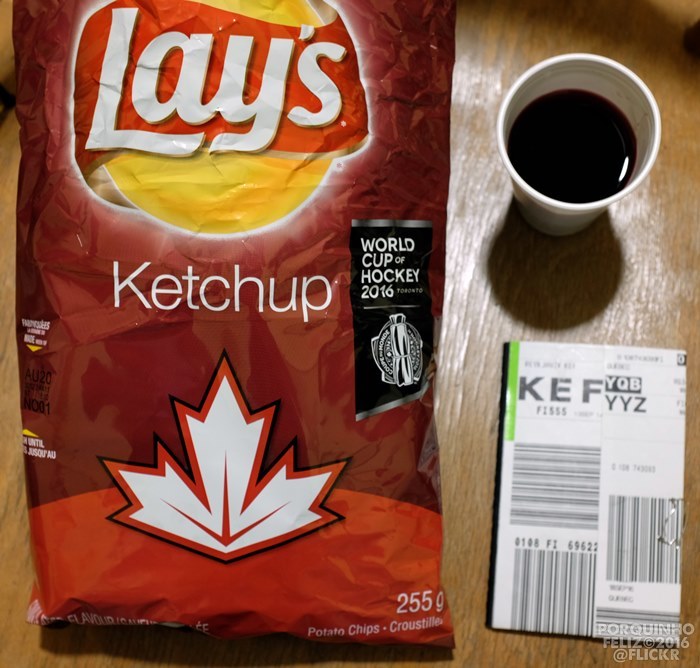 These two are wicked. And they are sold in the US. 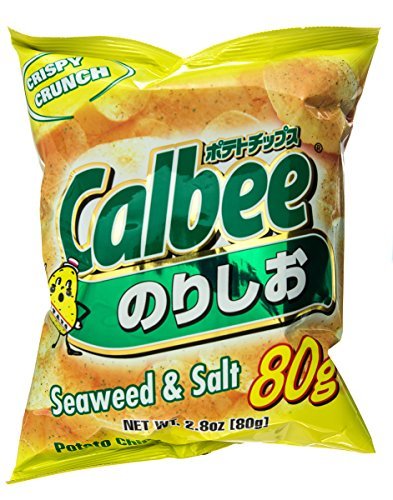 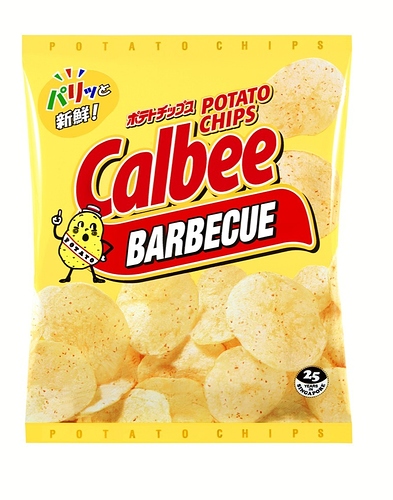 The closest in texture from US potato chips are 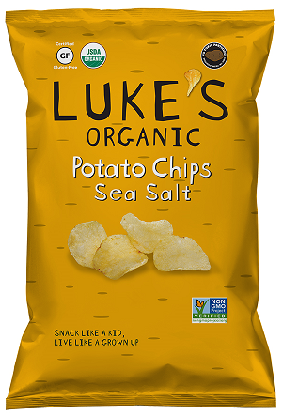 I haven’t tried their BBQ flavor to see if the flavor are close too.

Besides the classic one “à l’ancienne” - traditional way, I like it the favoured with vinegar and scallion. 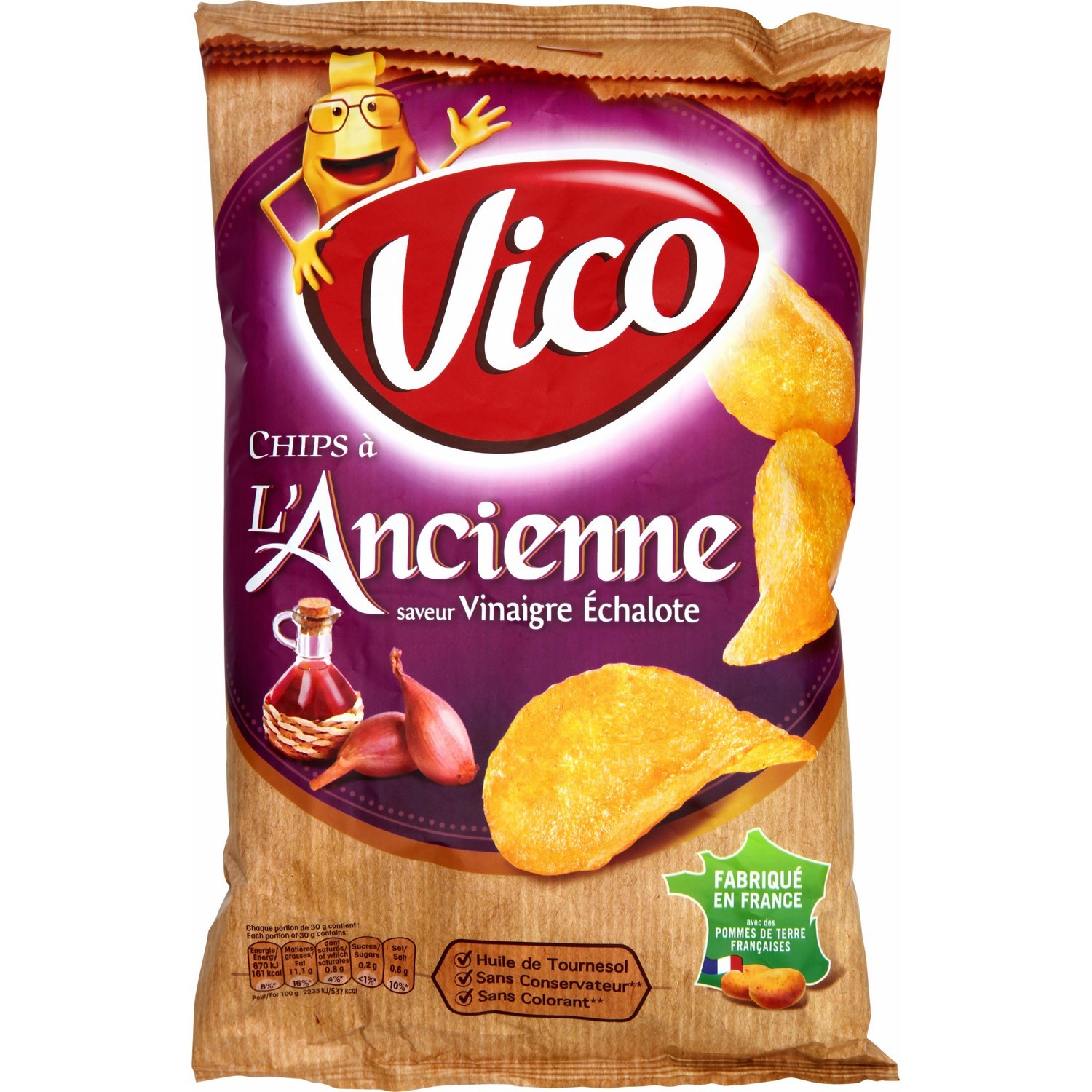 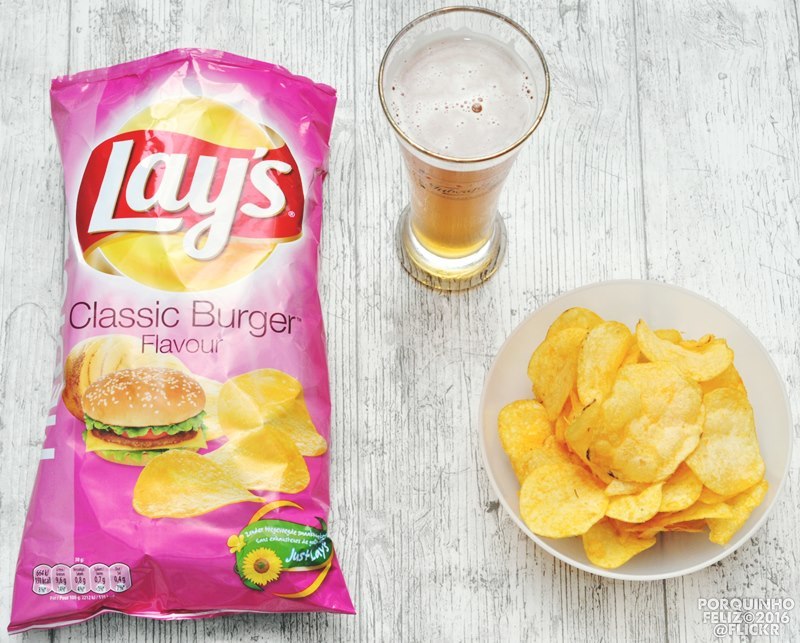 (I have more pics but they are on my other laptop at home.)

I’ve had the Ketchup chips - they had those here for a bit. I used to love dunking my chips in ketchup or russian dressing so this worked for me!

I liked the pringles sour cream and onion a lot when I was a kid. 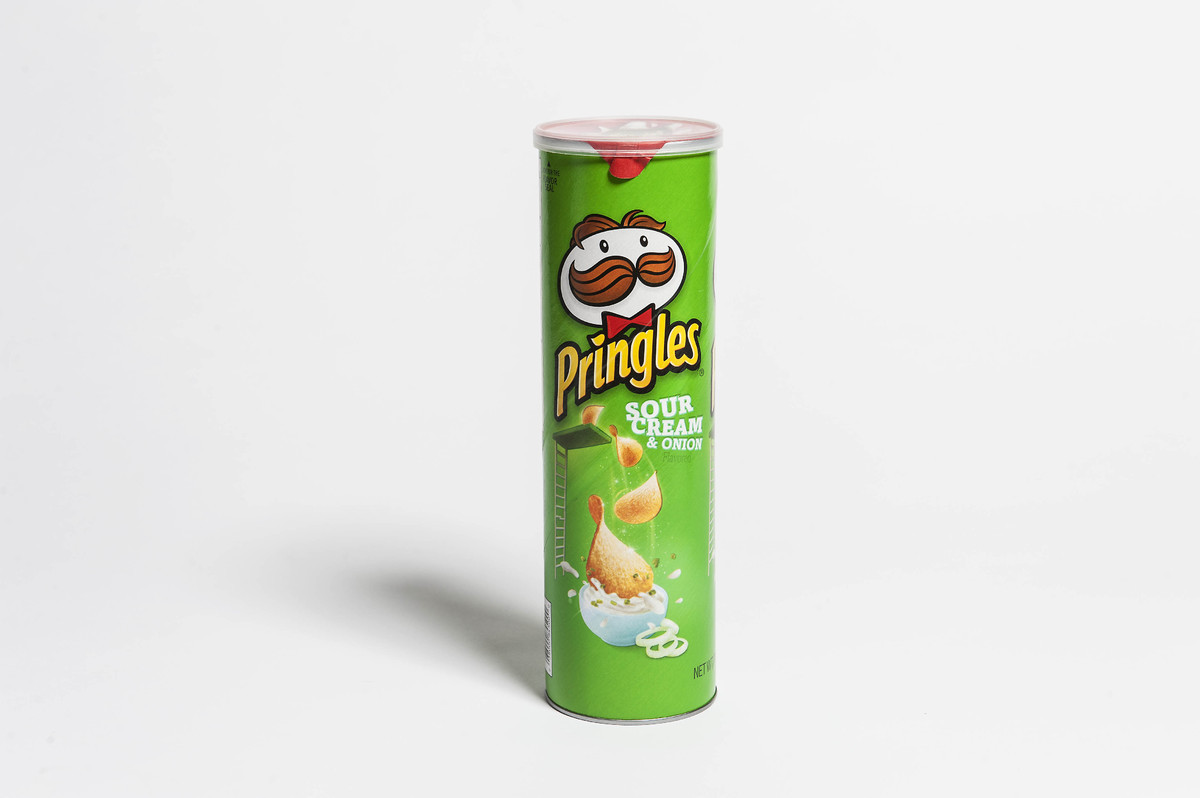 Even found a photo of an older can 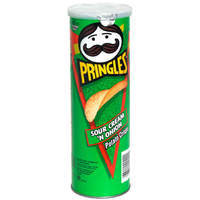 In Italy, Pringles had a paprika flavor.

My favorite chip in India: 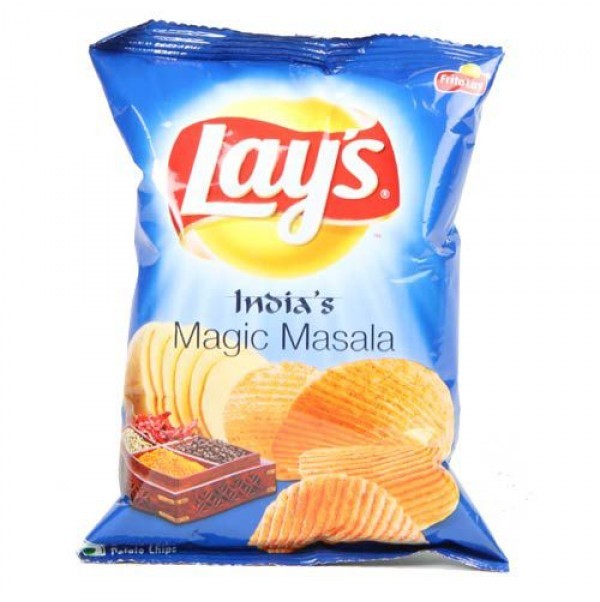 My favorites in Singapore and Malaysia: 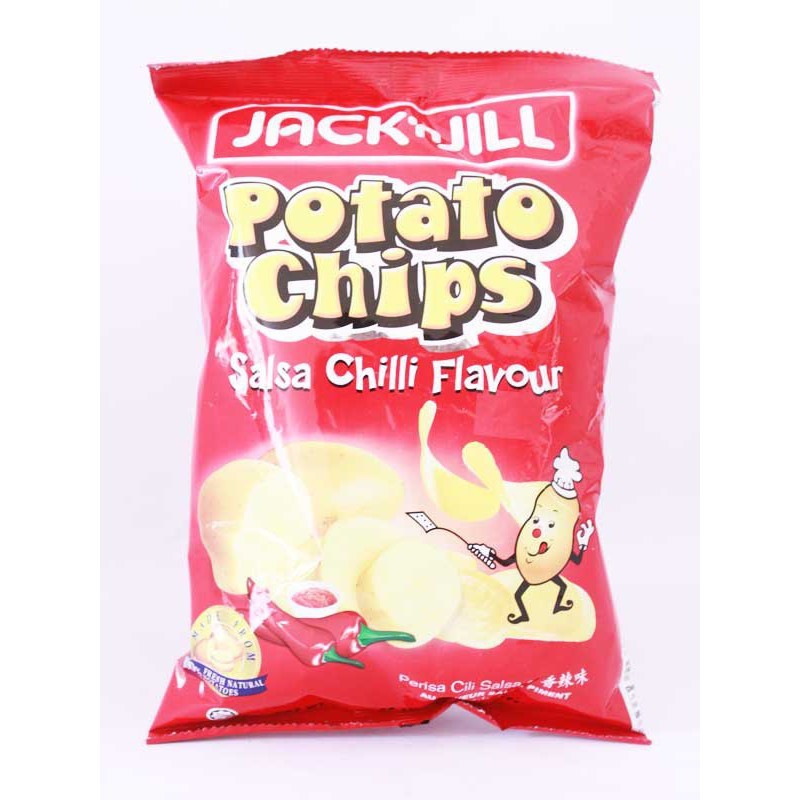 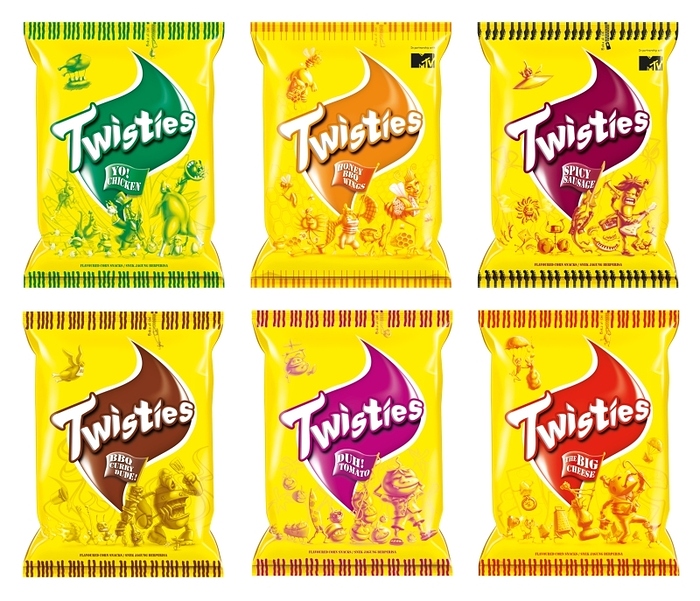 I remember trying Curry flavored chips in Hong Kong as a child, and being completely grossed out.

I found these in Geneva Switzerland on my visit this summer. I guess they aren’t technically potato chips, but I was fascinated. Didn’t try them though. 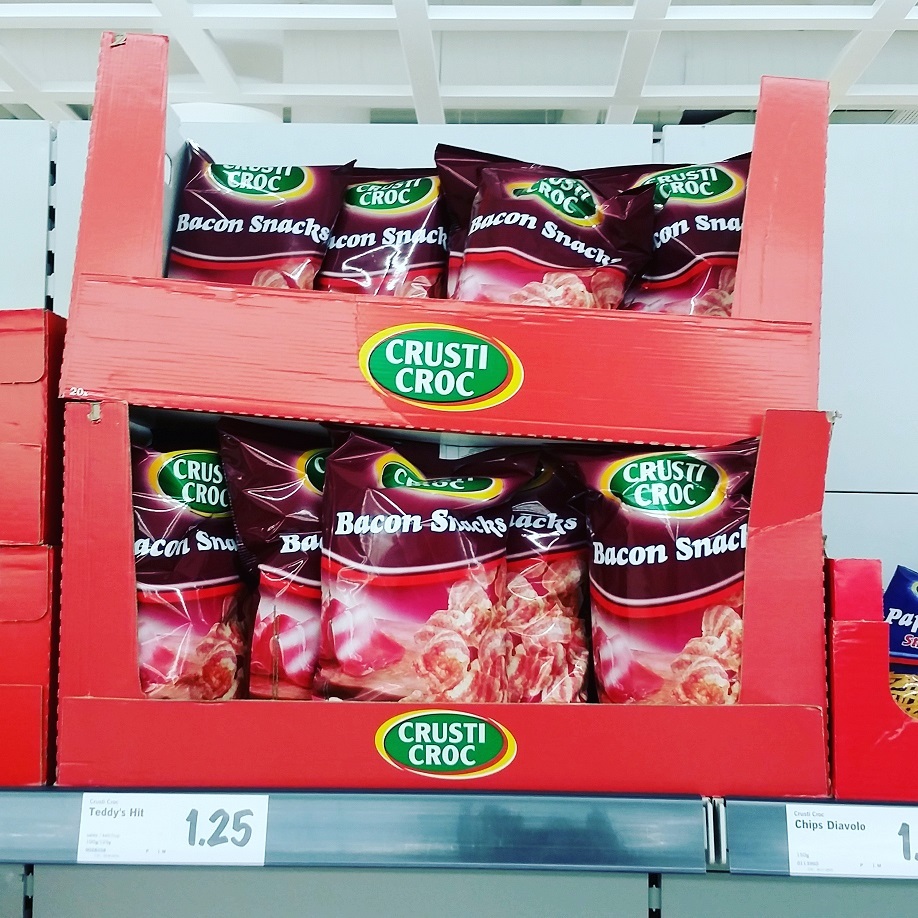 My favorite name is DUH! TOMATO.

Indian scrips have some funny names and flavours. Hah!

I think Lidl where I live also has “bacon snack”. Speck (bacon/belly pork) is much loved and finds its way into just about everything.

Had this one in the UK. Too strong for me and I love gherkins. 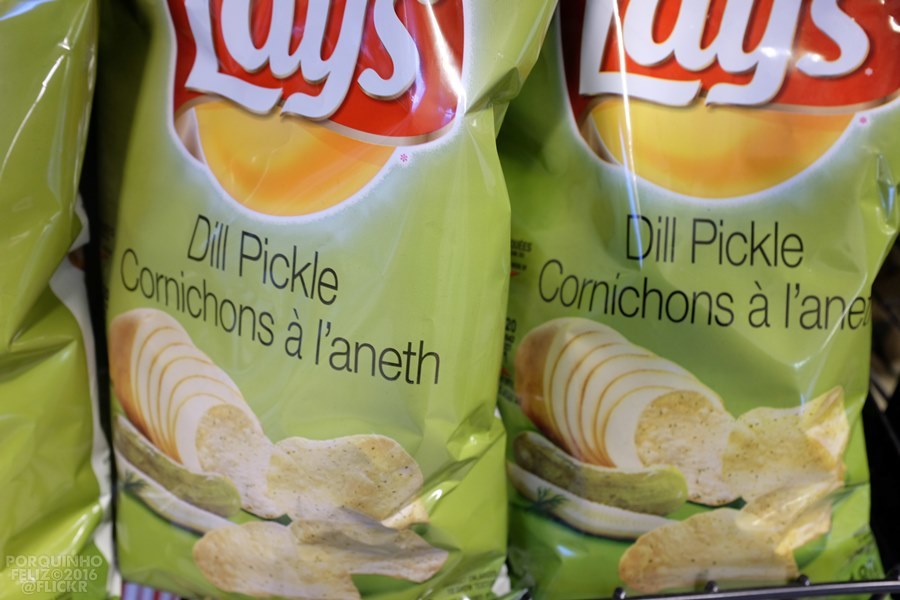 Haven’t seen this one in Europe. Cheese flavoured crisps tend to just taste salty. Are these like that as well? Btw, Canada has flavours I don’t see in Europe (yet). Two pics taken at Loblaw (a huge, fantastic supermarket. Standard for you people in north America but for us the size ad selections are mind-bogglingly immense!) in Ottawa. 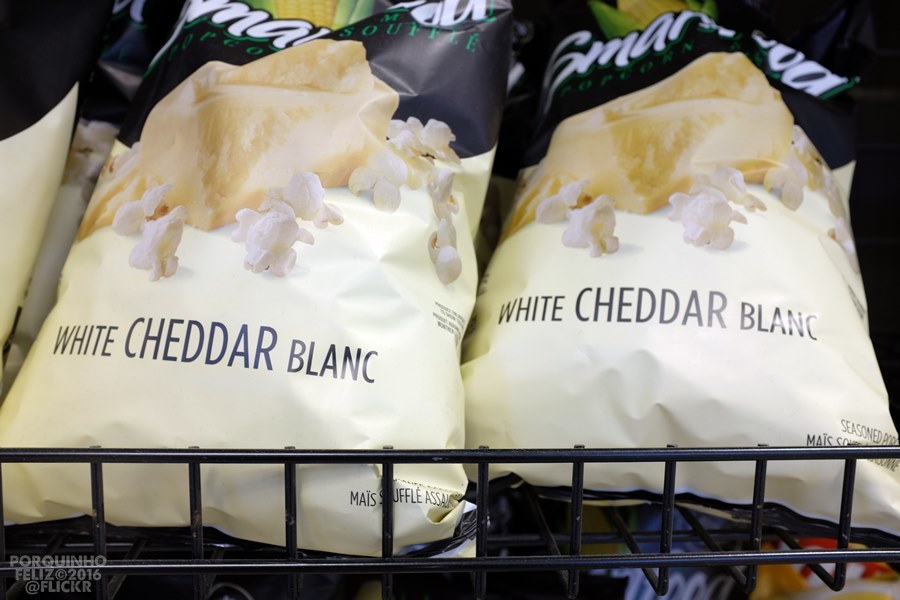 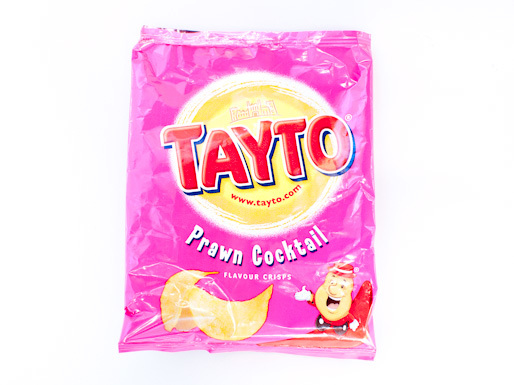