Wanted to try a tasting menu at Le Pigeon, chef Gabriel Rucker’s restaurant on East Burnside, but was a little pressed for time so just stopped in to try their famous burger. I got there right when they opened at 5pm and the counter had almost filled up already. It’s a very small restaurant, with an L shaped counter in the middle surrounding a small open kitchen where you can watch the chefs do their thing, along with a few tables.

Thick square patty charred on the grill, cooked medium rare as requested and topped with shredded cheddar cheese, which melted onto it. The bun was also square shaped like the patty, and crusty. Kind of like a baguette but not overly difficult to bite into. It was toasted on the grill as well and a little charred. Dressed with a shredded lettuce slaw and pickled onion, along with ketchup and mustard. It was served on what looked like a cutting board alongside a simple butter lettuce salad dressed with a blue cheese dressing, with a few chunks of blue cheese mixed in. Had a knife stuck in it. A little difficult and messy to eat due to the thickness of the burger patty and the structure of the bread, I was getting lettuce slaw all over the place. I maybe should have sliced it in half with the provided knife. This was a really good burger. Very juicy and beefy. The mustard was very strong and was sinus clearing, kind of had the effect of a horseradish or wasabi. The bun was a little crunchy and sopped up some of the sauce from the slaw and the juices from the burger. For dessert, I had the foie gras profiteroles. Choux pastry with foie gras ice cream inside, atop a pool of foie gras butter infused salty caramel sauce, dusted with powdered sugar mixed with dehydrated powdered foie gras. Foie gras overload. This was excellent, sweet and salty and rich. Service is included in the prices.

How’s Le Pigeon’s reputation these days? A number of years ago I had a pretty good meal there during a work trip to Portland. It was well known at the time though the dining room on the weekday was not crowded.

Reputation-wise I think it’s up there, was kind of why I wanted to try one of the tasting menus. The chef was a semifinalist for a James Beard award for best chef in the country this year which may increase visiblity.

Maybe it’s just me, but I’m much more impressed by the foie than the burger.

I’ll be visiting my brother in Hillsboro soon and am considering my future food options. In your opinion, is Le Pigeon worth a dinner for me?

Yeah I didn’t get the best shot of the burger. Have only been to Le Pigeon the one time, but based on that would definitely recommend checking it out.

If you happen to have been to Syun Izakaya I’d love to hear your opinion of it. I ate there once with anticipation but it turned out to be just ok.

I went back to Le Pigeon to try one of their chef’s tasting menus. They are no longer a tip-free restaurant and so have lowered their base prices slightly. Had the five course menu ($85) with the beverage pairings (+$45). 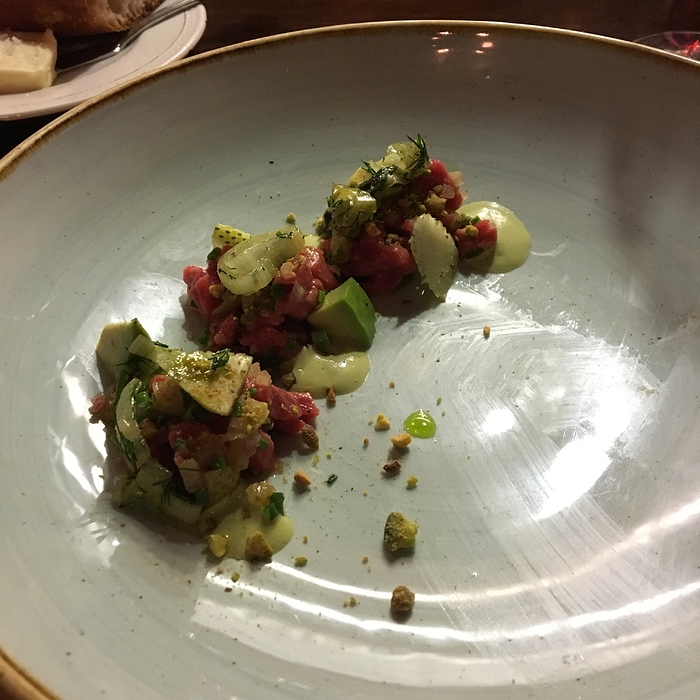 Foie Gras Teriyaki
Second course was a a piece of foie gras with a sweet demi-glace, served with a fried rice with duck confit, onions, deep fried shallot, and mango sauce. This was pretty awesome, my favorite dish of the night - sweet, savory, crunchy, and rich. 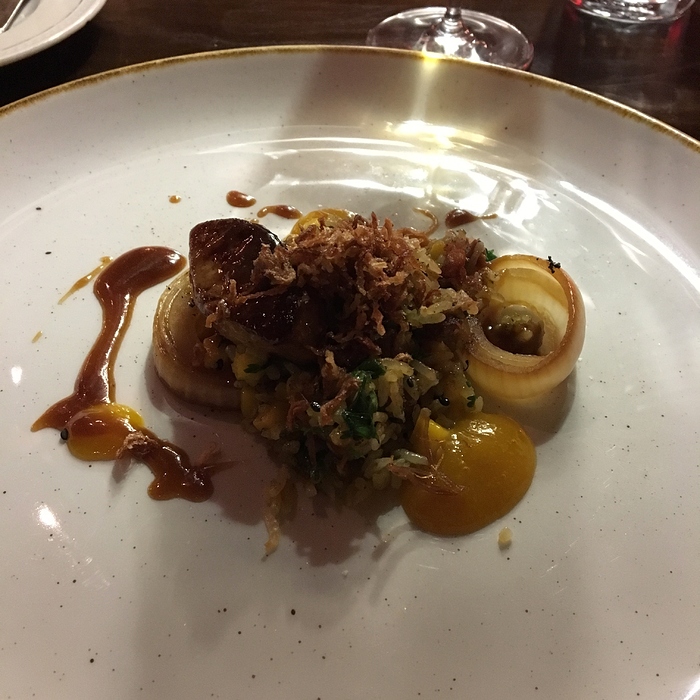 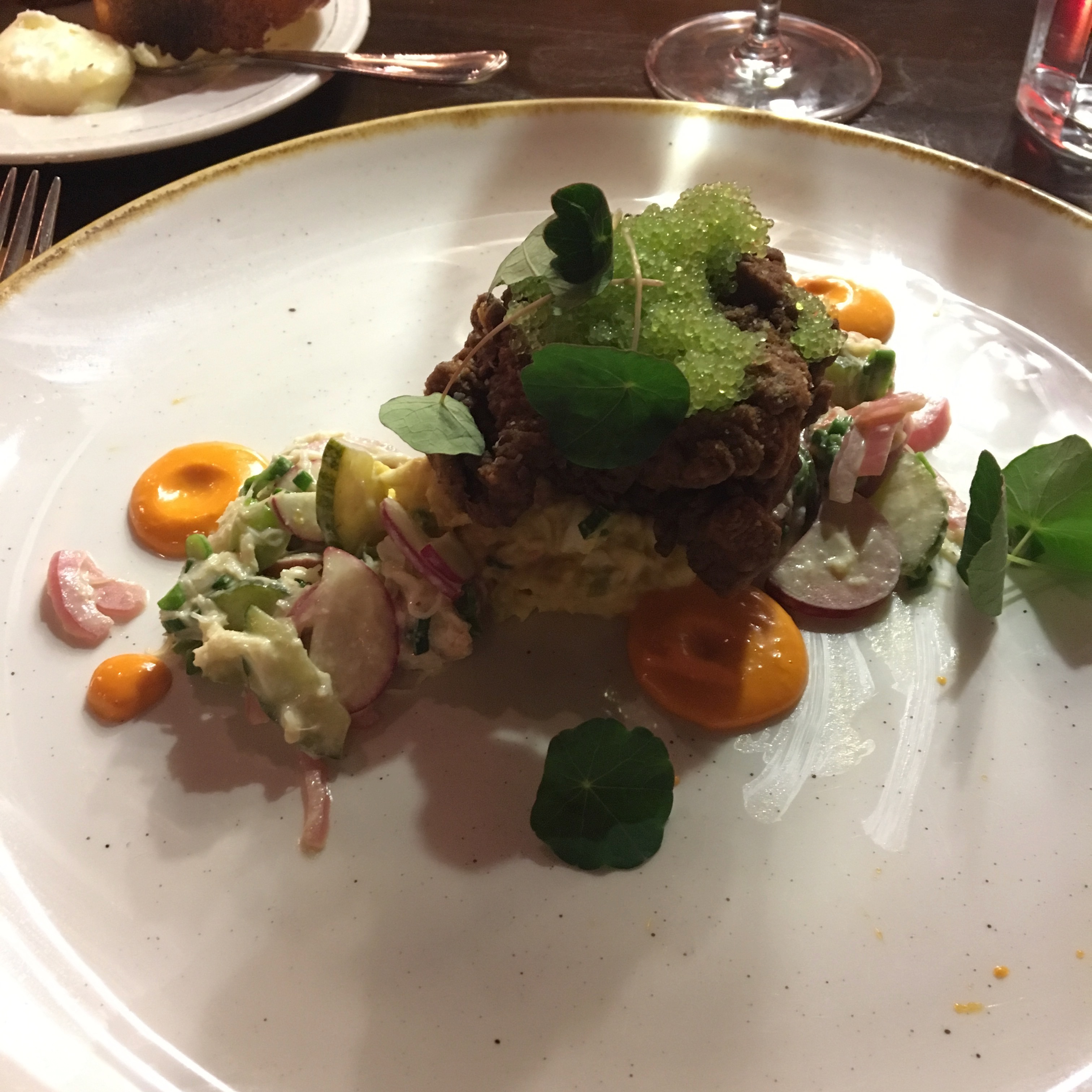 Lamb
A nice piece of lamb, seared very crispy on the outside. Served with fava beans, peas, and mint and a topped with a little slaw. 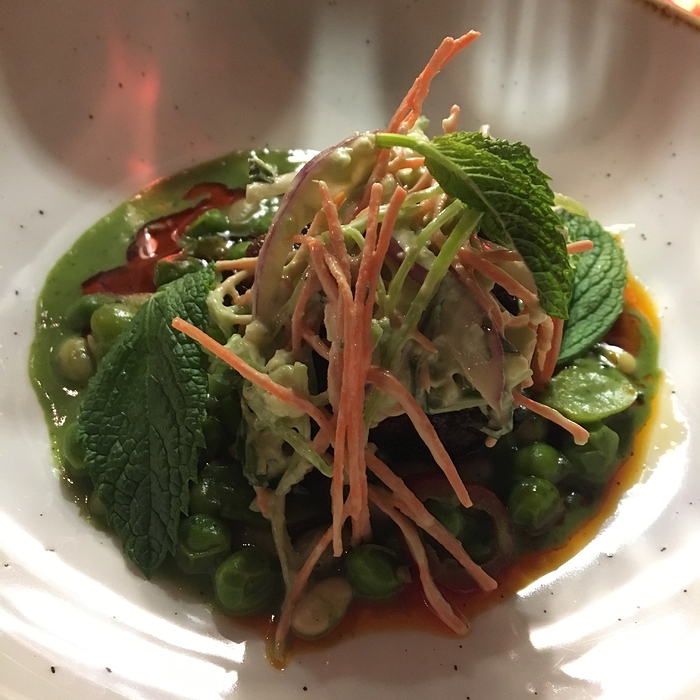 Cheese
They threw in a complimentary cheese course - I believe it usually comes in the seven course tasting only. Two types of cheese. A a warmed/baked piece of wonderfully stinky Époisses, and I don’t remember what the other cheese was. Served with a sweet cherry compote. 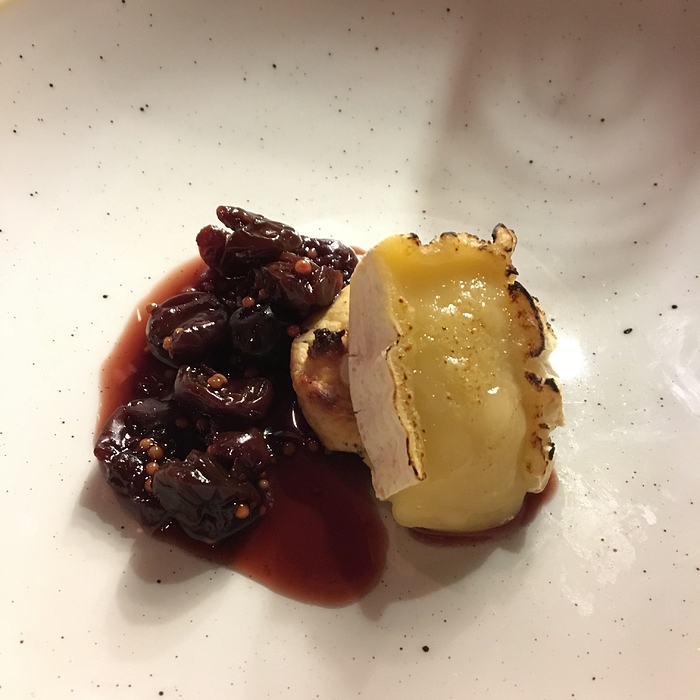 Desserts
Two little desserts. The first was a peppercorn peanut butter cake served with buttermilk ice cream which was very good - not too sweet and a little salty. 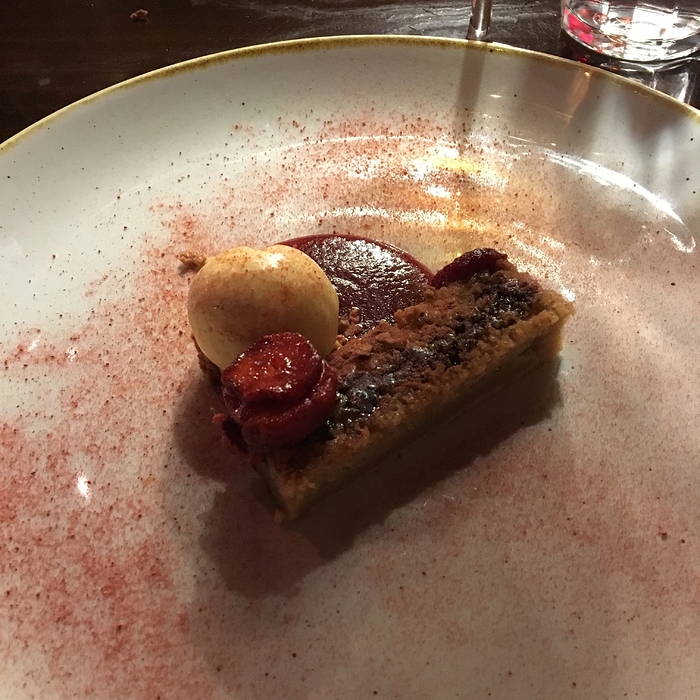 The second was a foie gras profiterole, which was as great as before. 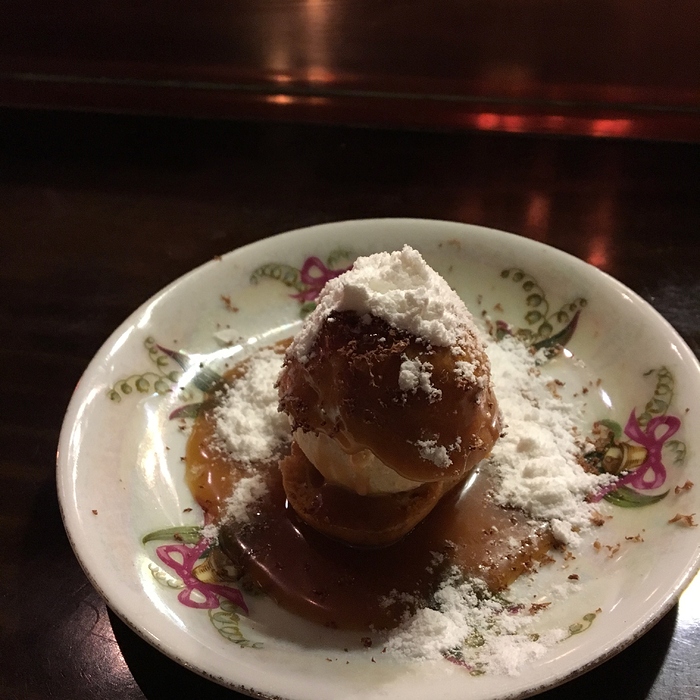 Great meal and quite a lot of food and wine.

Looks like they are incorporating a bit of flavors from the East now? It was pretty much all New American/ French when I was there years ago. Glad they pulled it off.