The Village of Port Chester had been my favorite food destination when I lived in Westchester. I really miss having that variety of really great accessible food. Does anyone have anything new to report? I know we tossed around the idea of a Port Chester food crawl before I moved. Below is a tiny sampling of some of the amazing food I’ve had in PC throughout the years. 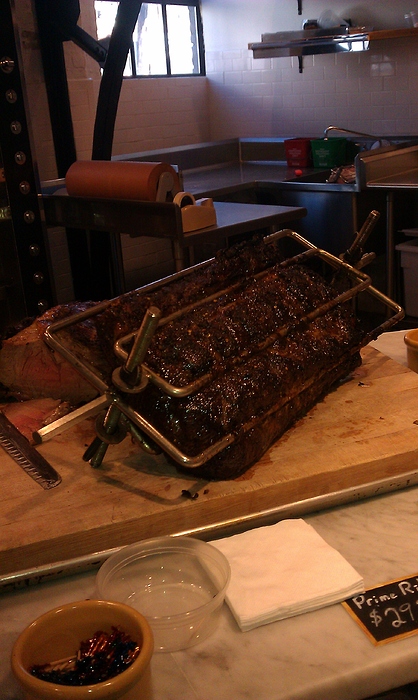 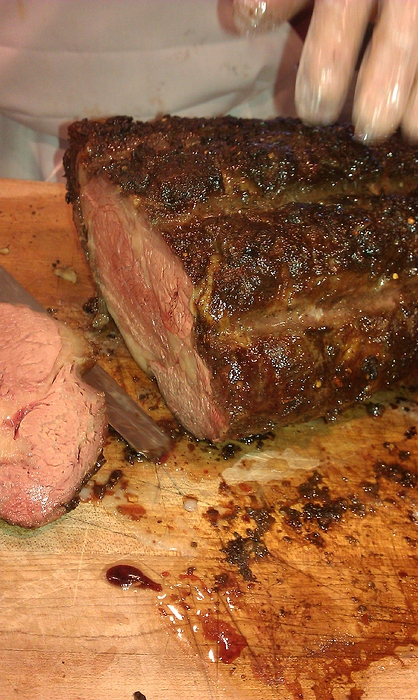 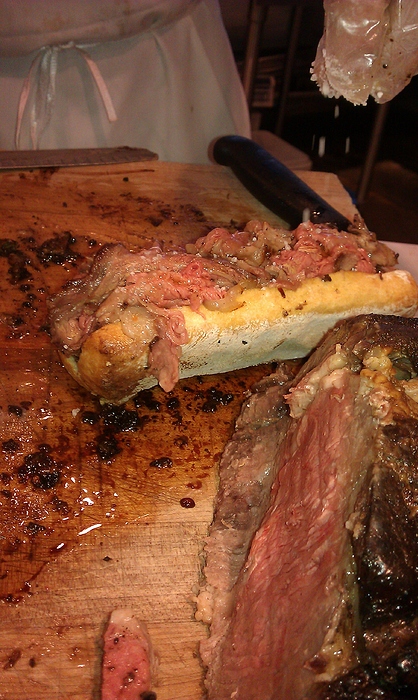 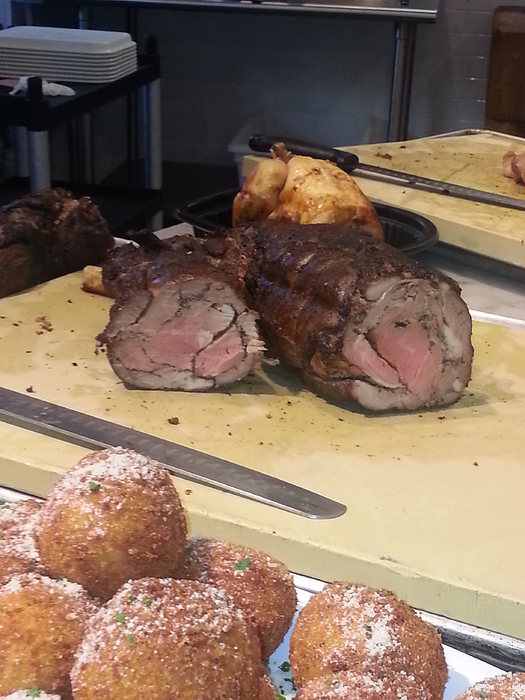 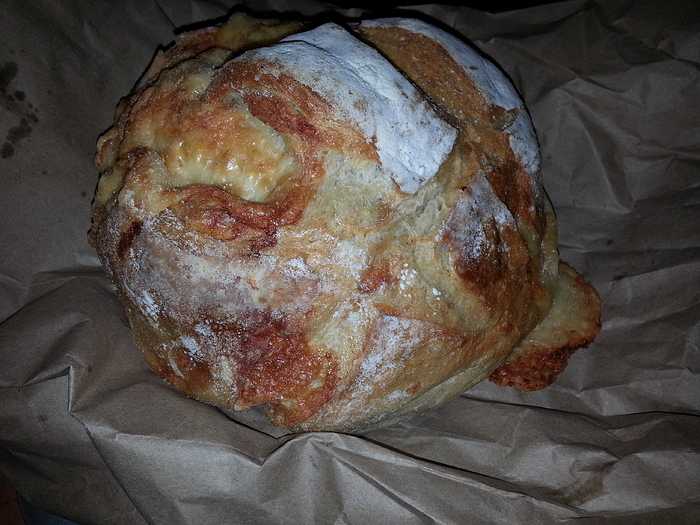 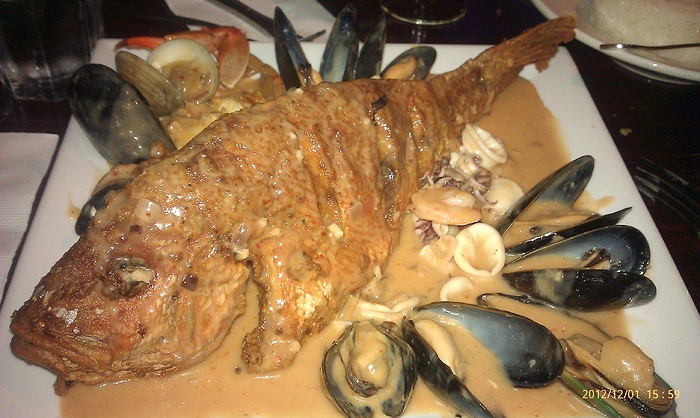 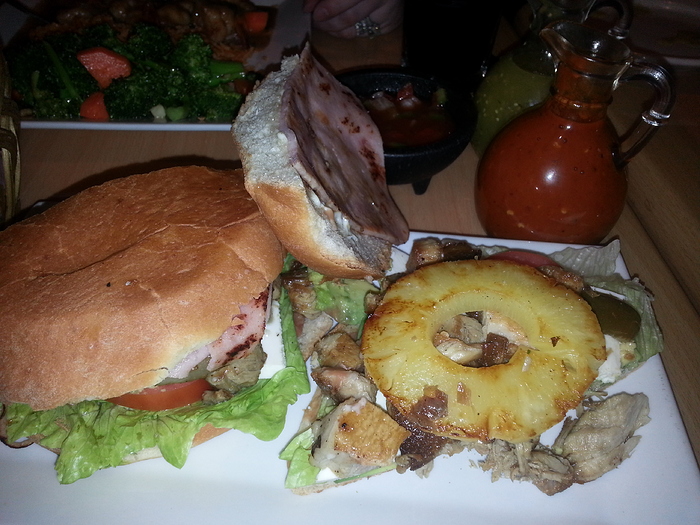 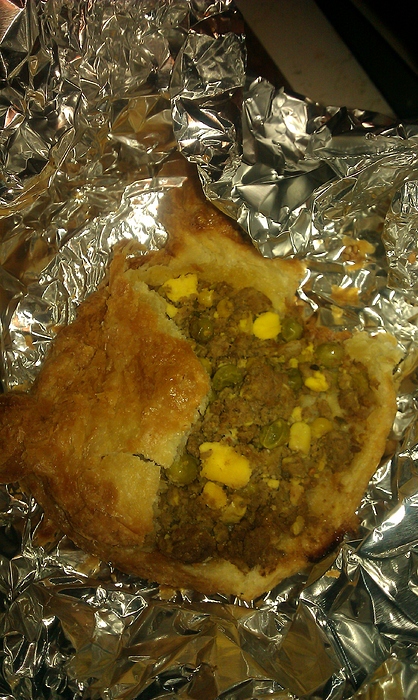 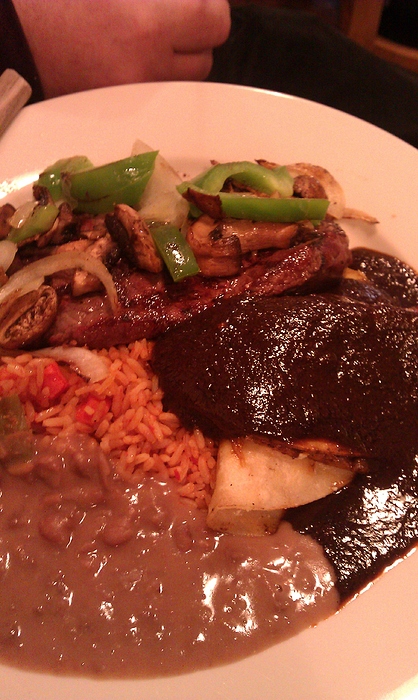 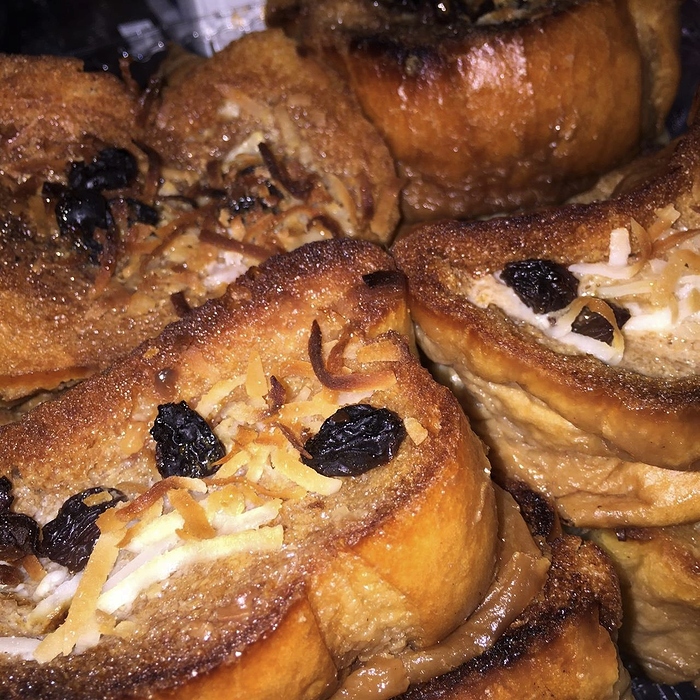 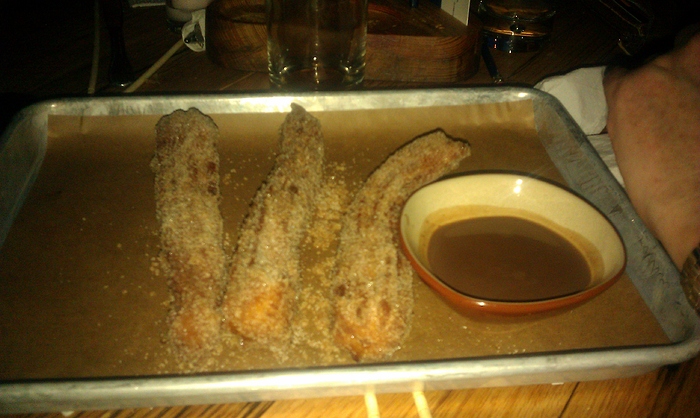 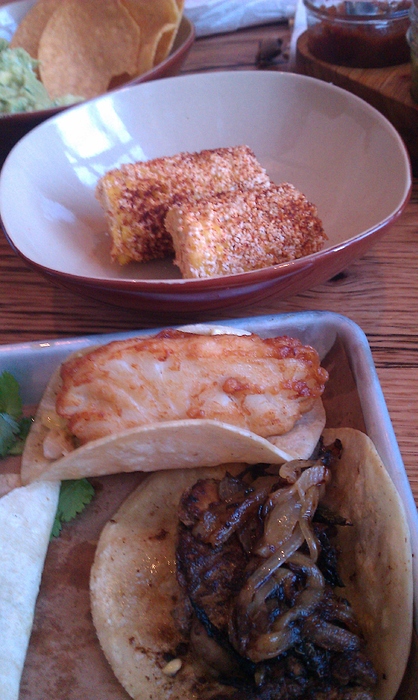 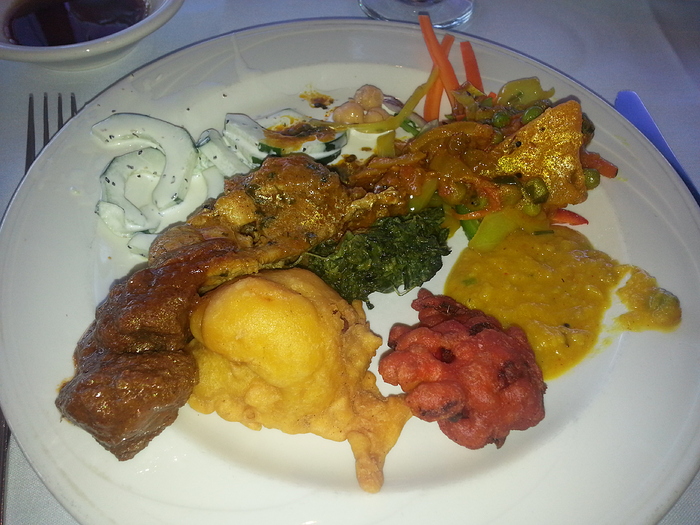 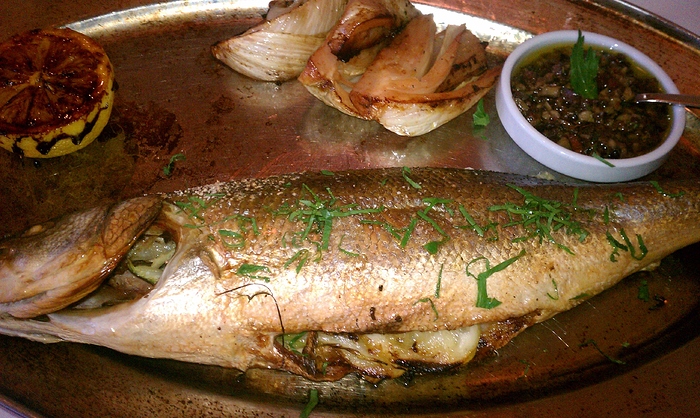 gone but not forgotten … the incomparable pizza at JT Straws 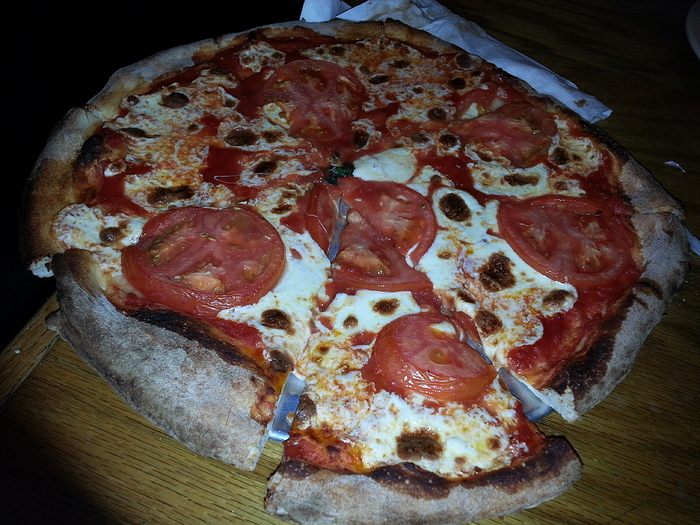 That looks so good!!! We don’t get there very much but I think it’s time for another trip!

@chowdom not sure if it’s on my end but I can’t see all the captions for the photos. Thanks for posting them! The prime rib especially looks amazing. I agree that Port Chester is such a great food destination. We’ve been frequenting the Costco there recently so I think I’m going to have to plan some lunches pre-costco to catch up on what I’ve been missing!

Is the loaf of bread from Kneaded Bread?

I know PC is a big ethnic restaurant town mainly because rents are reasonable and they draw well heeled clientele from nearby Fairfield and Westchester County. Can you recommend some “cheap eats” spots in town? I understand there are some great Latino joints. Thanks!

I’m hoping someone will jump in too, with some up to date info. I am hesitant to give recommendations due to the recent increase in food costs, so many restaurants are cutting back where they shouldn’t in order to survive. That said the ceviche at Acuario was excellent when I last had it.

I remember Los Gemelos being really good for tacos but I haven’t been in ages. Has anyone been recently?

Two of my photos posted above were taken at Bartaco 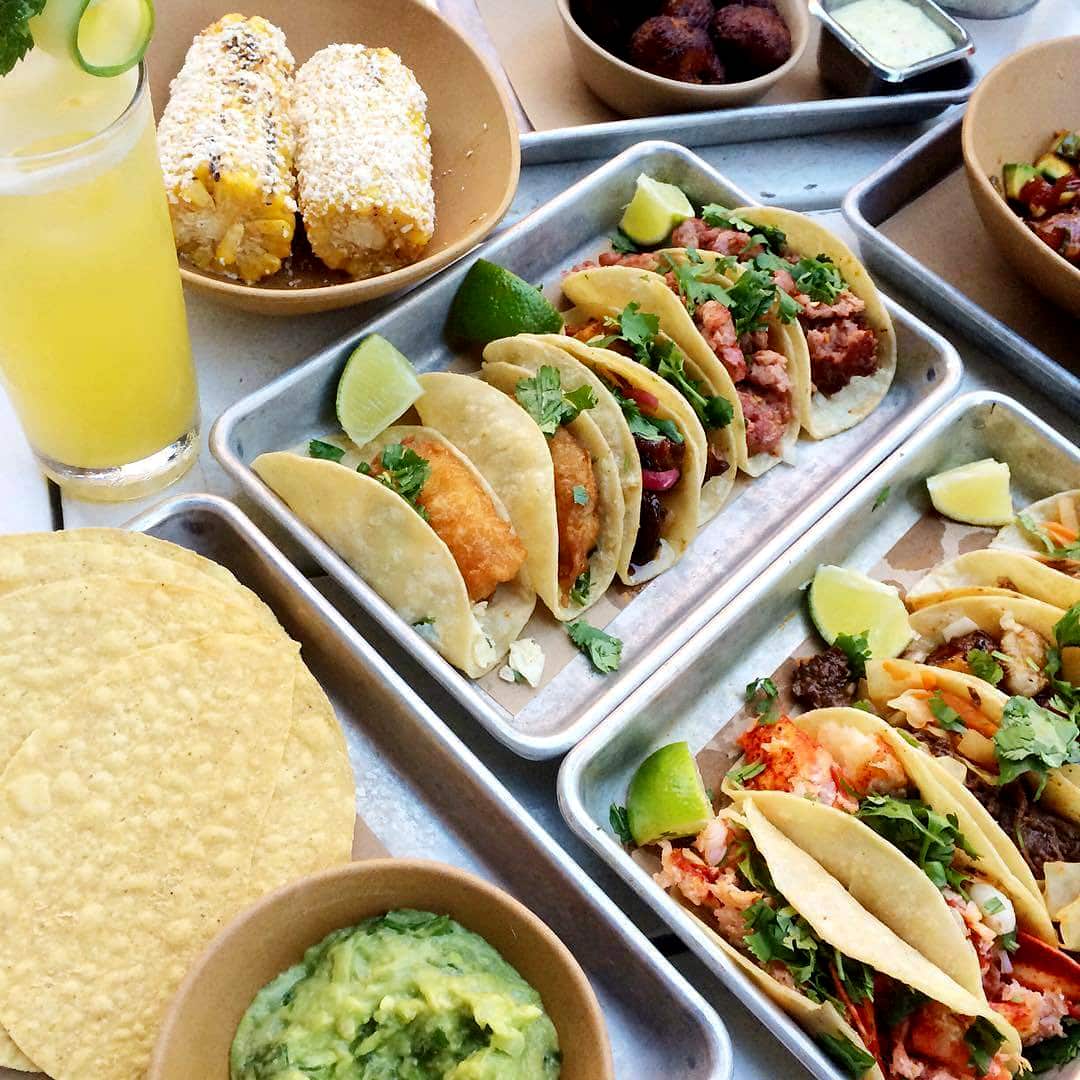 Individuals who ate or drank at bartaco in Port Chester, between Oct. 12 and Oct. 23 should receive preventive treatment against Hepatitis A.

Nice post! I down with a food crawl in PC. I enjoy Inca and Gaucho’s mixed grill, as well as Aquario. Although people rave about Sonora, I have been disappointed each time I’ve gone.

Wow, great minds, as they say. I saw this on the news and was going to post it too!

Awful - I hope all the patrons are ok. The same thing happened back in August too. I wish restaurants in Westchester were on the same stringent rating system as NYC restaurants. There’s something horribly wrong going on in Bar Taco’s kitchen.

We have had some very good food at Inca Y Gaucho, they make the best chicha morada IMO. I dilute it with water or seltzer because it is too sweet for me, theirs stands up to my messing with it.

I had been to Sonora dozens of times and loved it, there was one time however that I ordered the vegetarian paella, something I regularly had there and it was on the tasteless side. It looked exactly the same, I thought it was an anomaly, apparently the kitchen has inconsistencies. I mentioned in another thread that I noticed they changed the ingredients for their vegetarian paella and I only see it on the restaurant week menu, it just does not appeal to me, the older version was incredibly delicious with complex layers of flavor, I found a description of it
“Valencia saffron rice, accompanied by asparagus, wild mushrooms, artichokes, spinach, and roasted peppers, was in a circular nest of fried spaghetti-thin potatoes. Spears of half-cooked carrots, asparagus, and zucchini stood upright atop the rice–giving the dish the appearance of a golden crown. While the paella let the flavors of the vegetables shine, the only interesting seasonings were the Kalamata olives, adding a Mediterranean flair.” The reviewer must have had it on an off night too, because it normally was made with an olive tapenade and a mojito sauce. This is what’s on the current RR menu “Veggie Paella, cauliflower rice paella with wild mushrooms, kale and roasted pumpkin”

Does anyone remember Pacifico on Boston Post road, I preferred it to Sonora, they closed in Port Chester a long time ago.
EDIT: Liza I was referring to Acuario, not Aquario in Silver Lake, which I have also been to and liked, albeit not in years and years.

I have not been to Anthony’s, Sin Dulce, I had been to the Yonkers location years ago and posted about how much I liked it, I got no feeback from anyone on CH … not sure why! 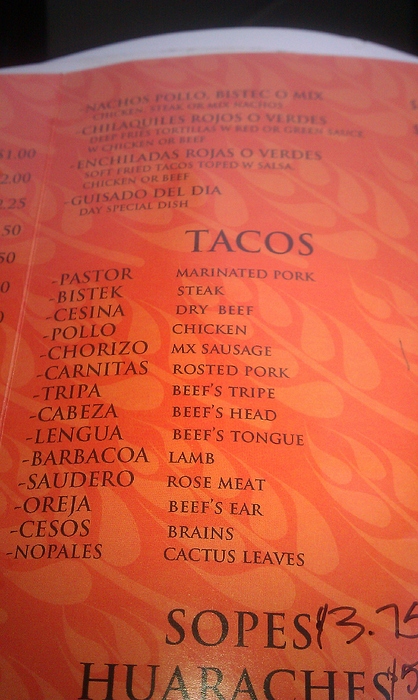 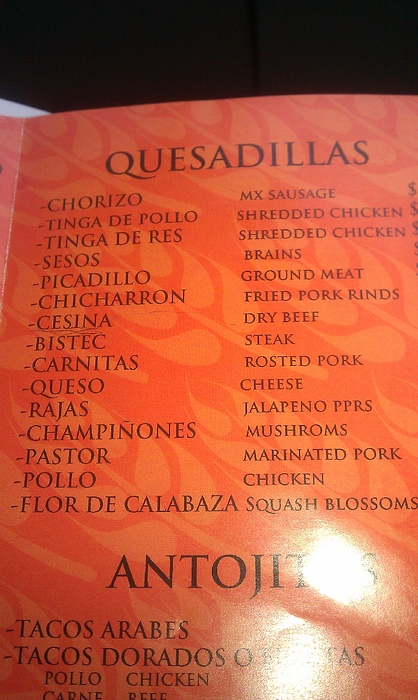 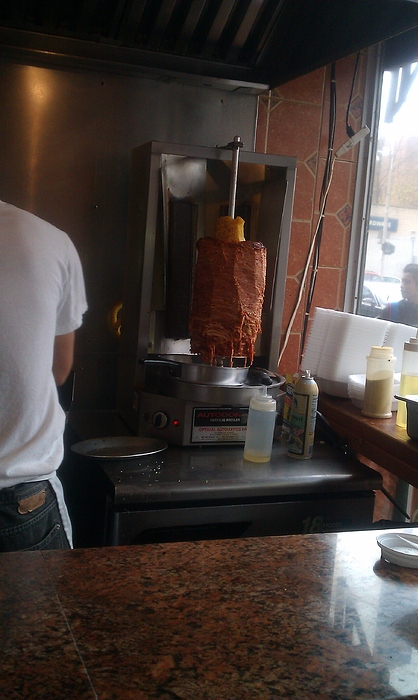 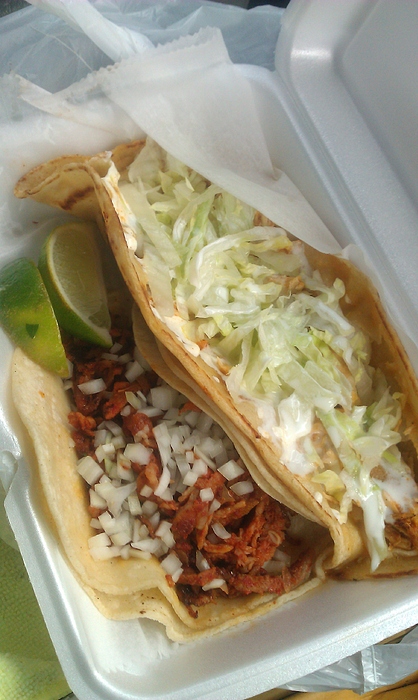 Yes Acuario. But I have been to Aquario, too!

Concerning Acuario in PC, I have no complaint with the food, but I did have an unfortunate experience there a few years ago. I paid with my credit card. Waiter took the card and returned it after it was processed. Before I used the card again I was notified by the bank of an unauthorized charge on the card. I have not been back to Acuario. If I do return I will either pay cash or bring the card up to the counter myself. Just a warning folks! 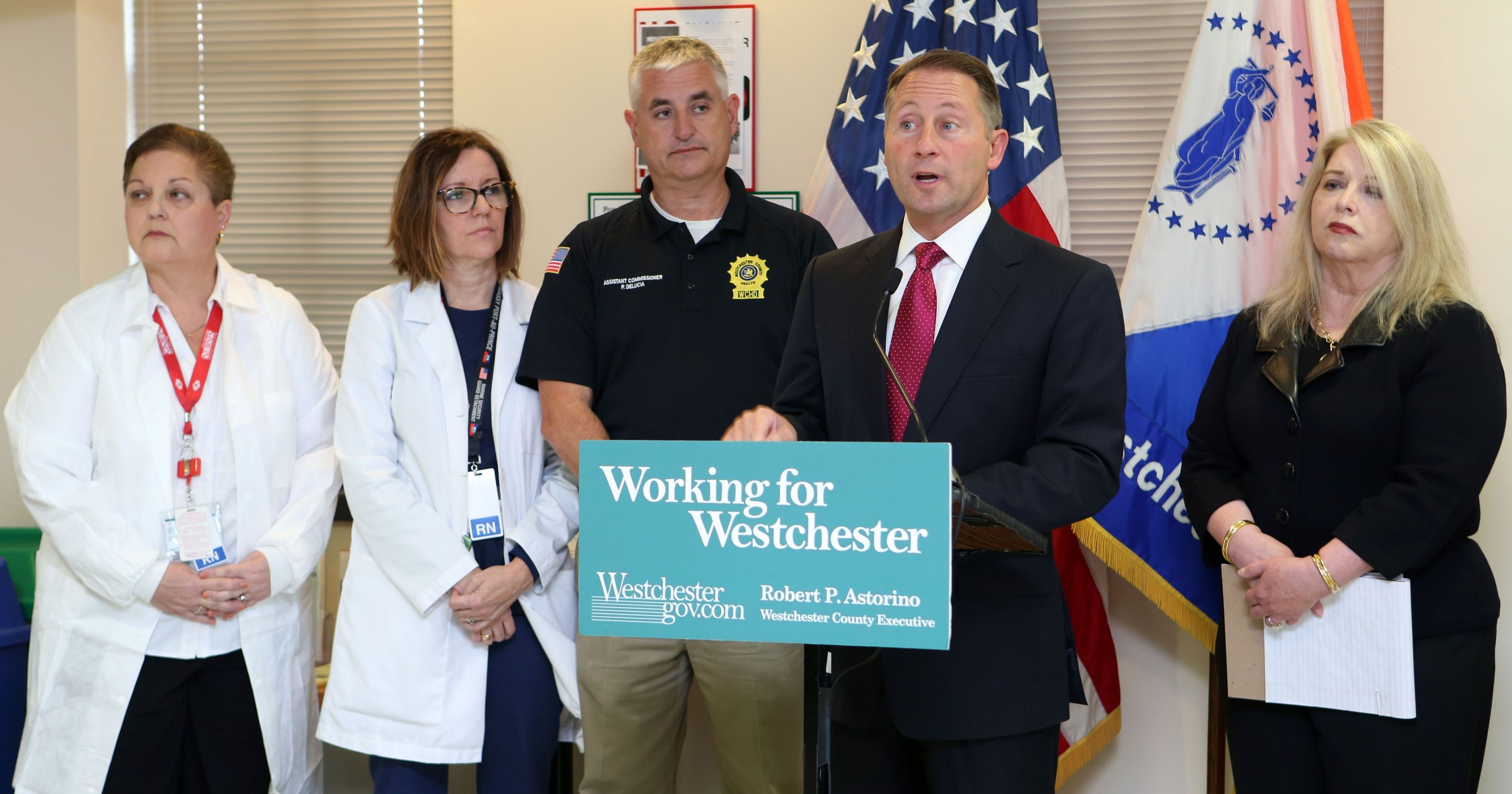 Westchester to offer vaccinations through Nov. 6 after outbreak at Port Chester eatery, bartaco, where a Hepatitis A outbreak occurred.

Seriously. This will hurt business for sure. A few years ago, the very same thing happened at a popular Chinese restaurant in the Bronx. It never reopened. Hepatitis is kind of hard to get past!