Pork roll, egg, and cheese in Monmouth County (or elsewhere on the shore)?

What’s the spot for a pork roll/Taylor ham breakfast sandwich now that the Seabreeze Deli in Spring Lake—my former favorite—closed down? Prefer a simple, well-executed classic version to anything that’s trying to reinvent the wheel.

Some initial research indicates that Slater’s and Frank’s might be likely contenders. I’m in Monmouth County, but I’m willing to drive further down the shore to scratch the itch!

Partial to bagelmasters in shrewsbury

Thanks for the rec! Hmm, I definitely don’t want my sandwich on a bagel, though…

I’ve never been to Frank’s but slaters is decent.

The slider there is off balanced to me. Don’t get me wrong, I am probably one of the most carnivorous guys on this board but that beast has too much meat for me. Did I just admit that in public?

Since it isn’t a far drive, I’d experience one for yourself though. You may like it. In fact, I guarantee you will but I think you can do better.

Have you ever tried cooking your own? I make some of the baddest sandwiches around to my taste. I get the meat:cheese:egg ratio right and get some awesome rolls to put it on. If I’m in the mood I’ll add bacon and/or a hash brown. I also like my porkroll a little crispy so I slice it in varying thicknesses. I like the chew of the thicker middle slices and the crispy, cheesy outter bites. So the sandwich goes from one texture to a whole different realm as you get toward the middle.

I have a deli slicer so that is when you know you’re a true pork roll and ribeye fan (cheese steaks) lol.

@joonjoon is in the ap area. He will have some good selections near you. Stay tuned!

Joyce’s Deli in Lincroft has really good breakfast Sammie’s. They are known especially for the pork roll, bacon, egg and cheese, it’s famous in these parts: 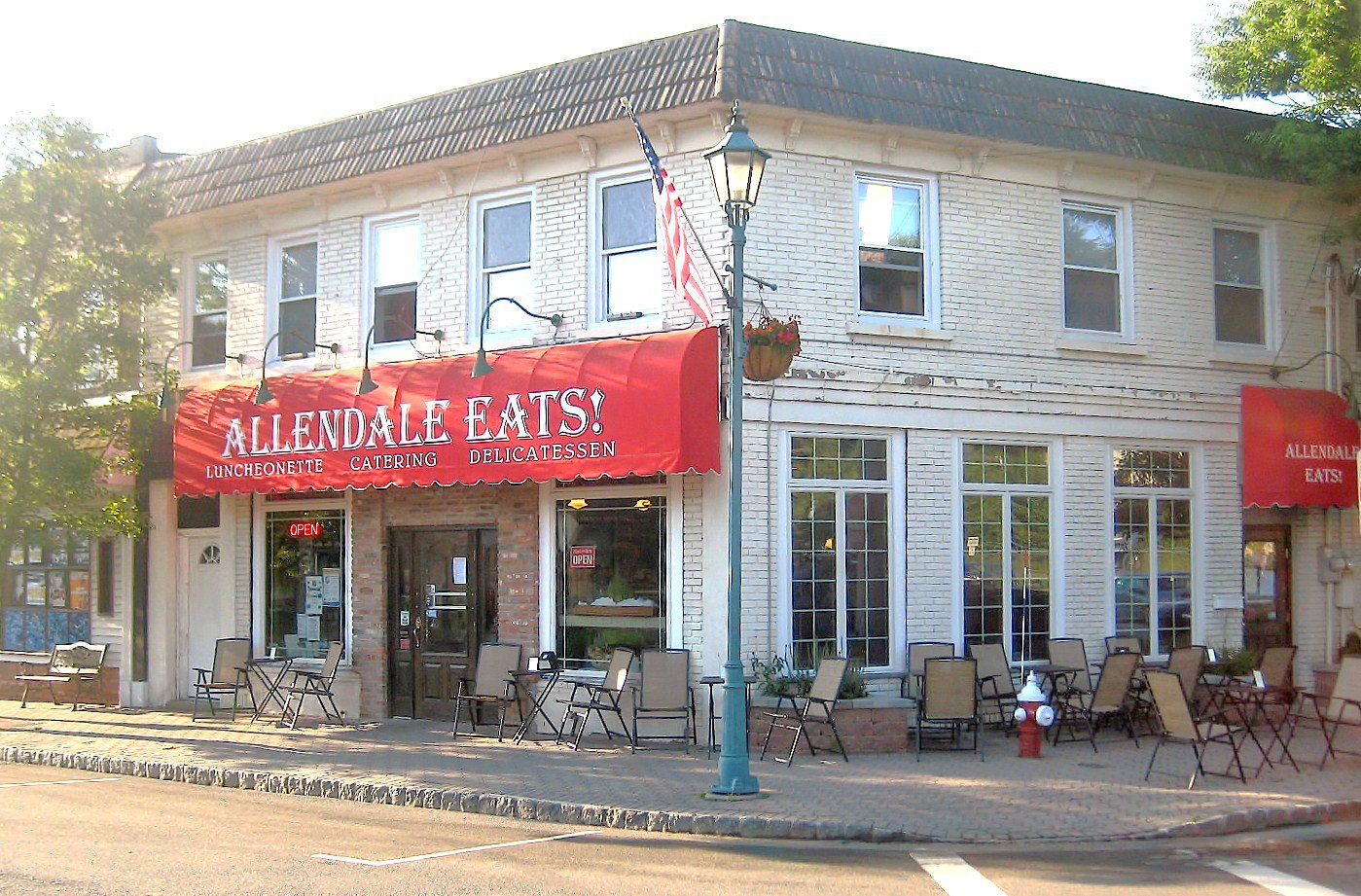 and I grew up in Lincroft and remember many Joyce’s meals, esp the combo 1 and 3.

Thanks for the suggestions, everyone! I wound up checking out Frank’s, which seemed like a good option for a group that included young kids since it has more of a full diner-style menu—and doughnuts!—in addition to the pork roll sandwiches. I dug the old-school vibe of the place, noted the framed photo on the wall memorializing Tony Bourdain’s visit.

As for the sandwich … I liked it. Maybe not quite my Platonic ideal—a little bit too much bread in proportion to the stuff in the sandwich (or maybe the bread just wasn’t as fresh as it should have been), and the egg could have been a tad bit runnier. But those are minor quibbles. It definitely satisfied the craving. Stellar jelly doughnut was a nice bonus.

I’ll see if I have time to get out to one of the board’s other recs before I head back West! 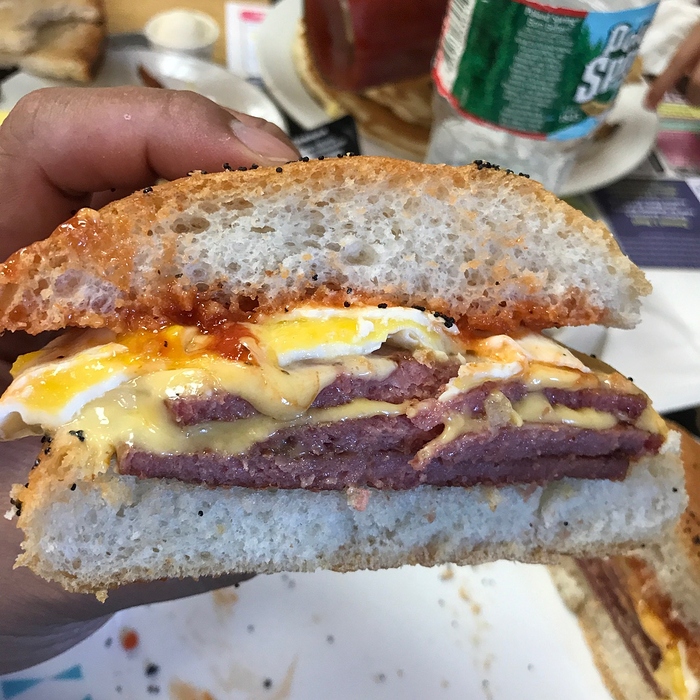 When I’m hankering for PE&C, I grab “The Rocket” from Gem’s, Hazlet location. You pick the bread type and they stuff the sandwich full. Their version includes the addition of a hash brown patty and a few slices of bacon. Last time I pd. a little over $6. for it.

Frank’s is a trip for sure…and while I’m not sure about the Kaiser rolls, I seem to recall that they bake much of their bread and baked goods in-house.

Brickwall in Asbury also has kind of an upscale version at $ 10:

I usually go there for the oysters on Tuesdays. 1$ oysters usually 3-4 different kinds. 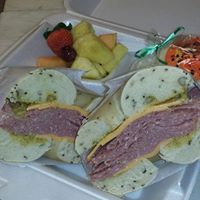 Baron's Bagels. 1,716 likes · 393 were here. Baron's Bagels *(formerly Round Dough with a Hole), located in Route 88 in Point Pleasant Borough is committed to providing the highest quality bagels,... 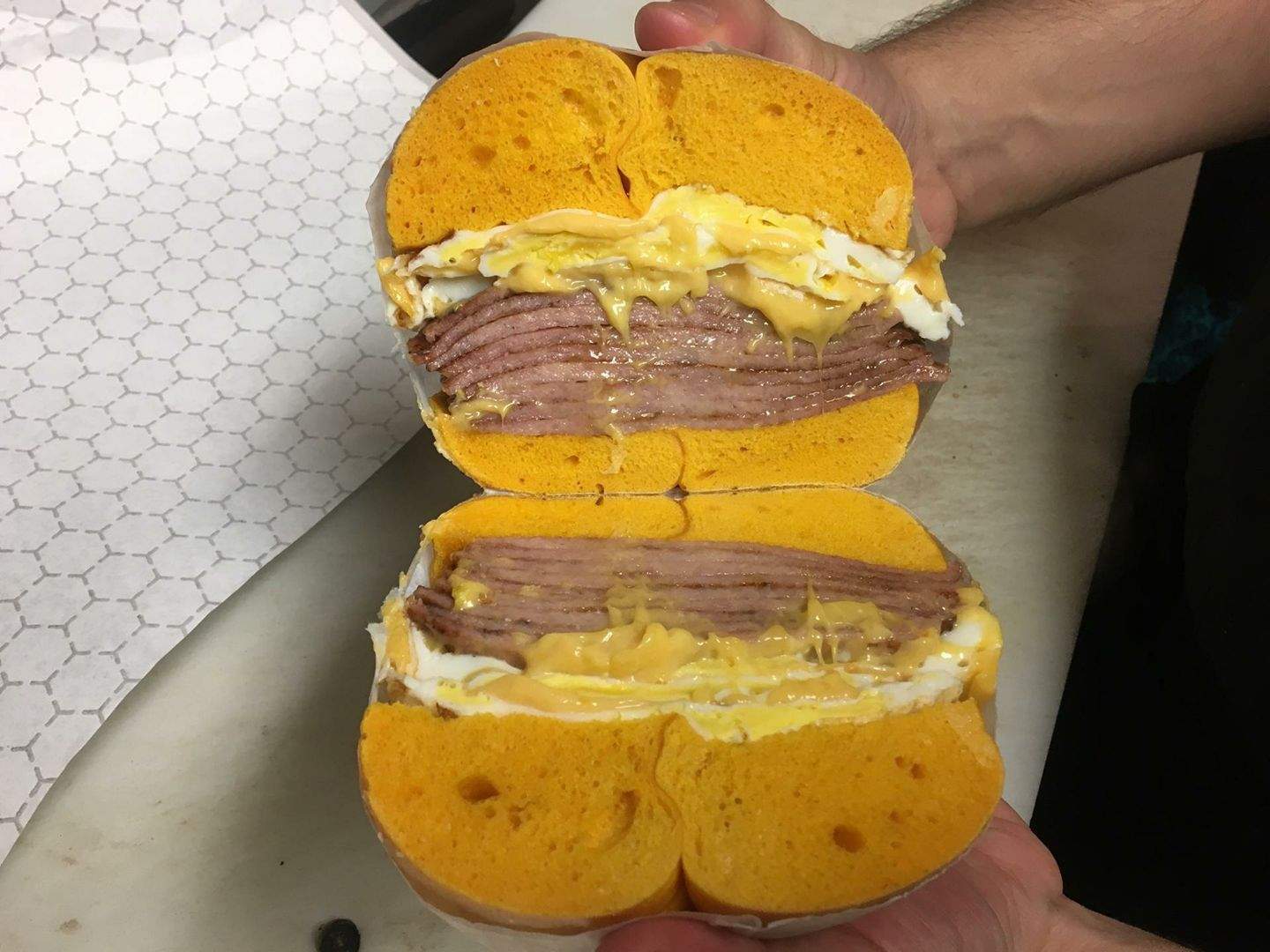 Nice. Where is that from?

Looks like it’s on an egg bagel, so I’m guessing Barons Bagels.