I’m a rolled kinda guy. I’ve got a batch about to hit the stock in fact which is what brought it to mind.

Dropped forever!
Almost my favorite meal. Never on menus anymore, at least in these parts. 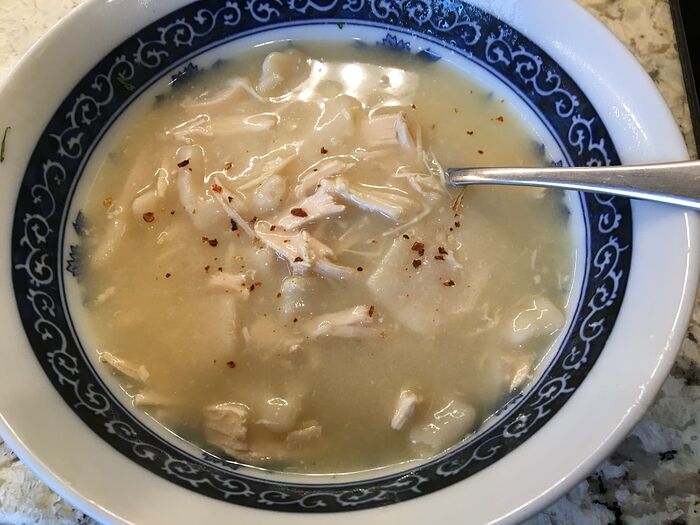 My mother always made her own drop biscuit dough so I did too in my early married life. Then one of my SIL’s told me torn apart refrigerated biscuits were the way to go. I’ve been using them ever since. No fuss, no muss. So put me in the cheater drop camp. I love chicken & dumplings!

As an interesting aside. Some of the older church lady cookbooks swear by cut up flour tortillas (dumpling’s) and a can of cream of chicken soup added to the broth.

Can you describe this? I get the broth and chicken but the dumplings are a mystery.

After son moved out, he would call when sick. “I’m really sick! Can you please bring me some chicken and dumplings?” So with no notice, I created this short-cut faux version.

A cubed, skinned and boned chicken breast, poached in
2 cans Swanson’s chicken broth
1 cup Bisquik/1/3 cup milk → dumpling batter.
Float on top of chicken and lid until puffed and done.
Cover tightly and trot it across town.
The near dead resurrected.

Ironically, based on MsBelle’s notes, its a simple smooth biscuit dough rolled out on the counter to an eighth inch and cut into roughly 1 1/4 inch by 3/4 inch squares with a pizza cutter. Lightly floured and dropped individually into the boiling stock.

If there’s enough flour on them you won’t need thickener but if you do a simple slurry will do it.

They cook in ten minutes or so.

Sometimes I add celery or carrots or whatever. Today’s was straight up.

Thanks! Like PA “pot pie” noodles but home made! Lovely.

Like a lot of my cooking, I use my mother’s dumpling recipe. It is a rolled dumpling recipe. I like BIG dumplings in my chicken and dumpling soup!!
1 cup of flour
1/4 - 1/2 teaspoon of salt (depending on your taste)
1 teaspoon of baking powder
Various spices - whatever I have laying around - Poultry seasoning, sage, etc.
Slowly add milk until you get a dough consistency.
Roll out, cut into squares, throw them into a rolling boiling water, when they float, into the already prepared hot soup, then serve right away.

ETA: Now I want some chicken and dumplings.

Chicken & dumplings are good the next day too. Sometimes even better because it thickens up more. 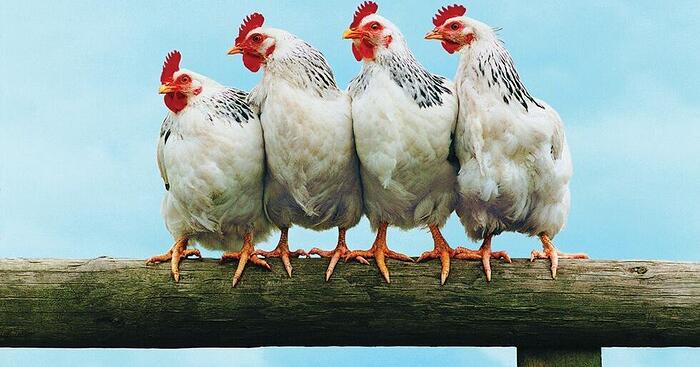 Fluffy or flat: Chicken and dumplings war was a fun family tradition

My dad and my Grandma Bessie had a long-running battle back in the day. They never came to blows but it was intense. 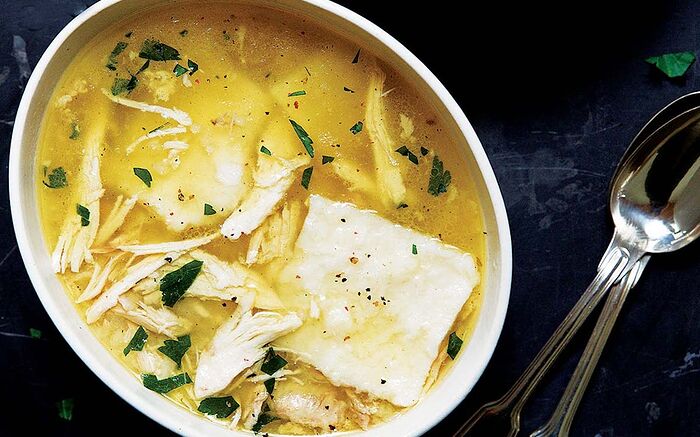 Thickened soup for the post-election soul.

“dumplings” is a word used to describe many and varied bits of dough. The one we JUST made a batch of Sunday evening are more like a very VERY loose egg pasta dough that you pipe out of a bag and cut with a scissors directly into the soup. You a get a cloudy (because of a rolling boil making the stock) but distinct “soup” with hunks of chicken and dumplings swimming around.

Then there’s my ex’s “chicken noodles” from her southern grandmother, which is a rolled dough, much drier and full of loose flour, cut into rough strips, resulting in a VERY thick, solidly opaque soup, with thick, substantial noodles. If you cut them into something less strip like, you’d call 'em dumplings.

“dumplings” is a word used to describe many and varied bits of dough.

I prefer dropped. I have a Good Housekeeping recipe from an old book that is essentially likely bisquick plus milk, except you make your own bisquick. Last few times I’ve done it though - and this doesn’t occur each time - the dumplings just disintegrated in the broth. So only the largest ones were still a clump of cooked dough, whereas everything else just made thickened the broth, but no discernible dumplings. Anyone have any idea why? Might I have had the heat on too high? The general cook method is some time covered, then some time uncovered.

the rolled out dumpling style resembles pasta - but much thicker and not as good.
my DW likes it, I don’t, so I make it only ‘on demand’
looks like: 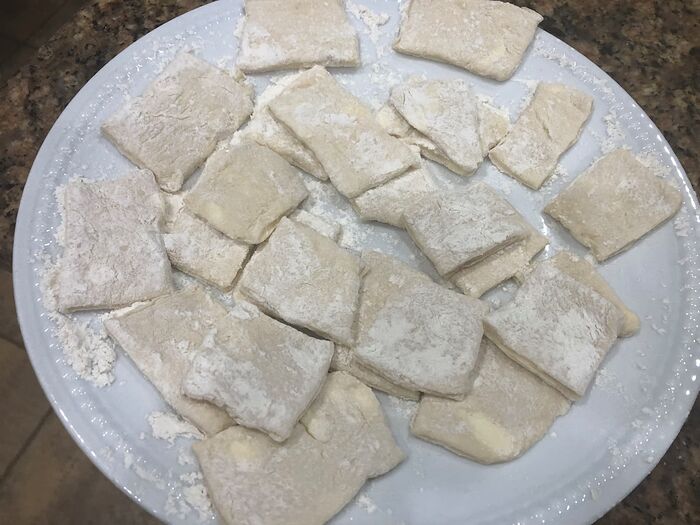 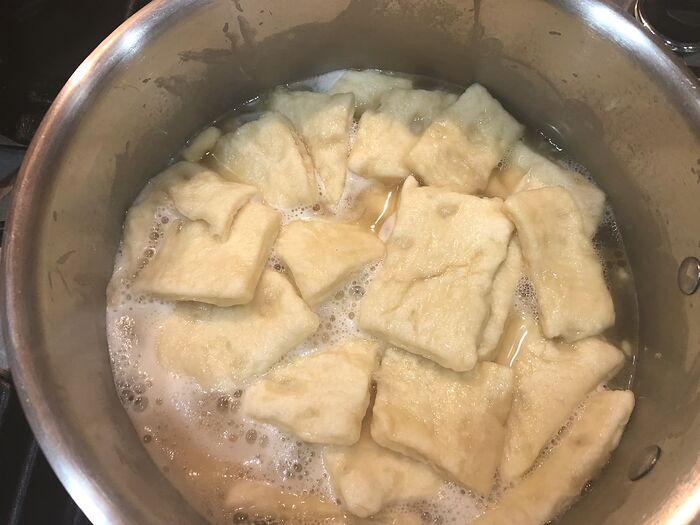 That looks very similar to my ex’s “chicken noodles”. Hers are cooked directly in the chicken stock.

Personally, I find every style has its merits. Warm protien-rich broth, some carbs in whatever form. That’s universal comfort right there.

I’ve never had this style. Will wait for the next cold, rainy (please, God!) day and give it a go.

recipes abound - some with baking powder, some without.
pix’ed is ‘without’ - essentially butter cut into flour ala pie dough making, water, roll out to even thickness, cut into squares/diamonds/whatever, plop into hot liquid.

personally I prefer the biscuit dumpling approach - a biscuit dough dropped into / onto boiling water/liquid.

Dropped soft biscuit dough is what I grew up with.
However, I have recently tried a British variation of dumpling which is rolled out, maybe 1/3" thick, spread with “something” (horseradish cream in the beef stew version), rolled up and sliced about an inch thick, then laid on top of the simmering stock/stew. I was thinking maybe parsley or tarragon in sour cream for chicken. Maybe curry. Haven’t tried it yet.