Has anyone ever tried Fannys in highlands? I searched but nothing. Someone told me it was good. @corvette_johnny @gcaggiano. Think you two are the resident highlands experts.

Fanny’s? Is it new? Never heard of it.

There was long-time Francesco’s which closed recently but I think reopened under the same name. I can’t think of any other pizza places in Highlands.

Now Atlantic Highlands is another matter. Can’t swing a dead cat without hitting a pizzeria. Pardon the euphemism but given the square milage of the town, its very fitting!

This is the spot, menu looks interesting

Ah, that is the old Francesco’s. Guess they changed the name after all. I’ll have to check it out.

It’s funny now that I think of it: Anna’s Kitchen in Middletown became Nanna’s Kitchen (they literally nailed an “N” to the sign), and now Francesco’s has become Franny’s. Color me several drinks into the evening but I think that’s funny.

Looks like another(!) pizzeria is open, or opening, next to the Oceanport Post Office. Sign says Federicos.
I have been getting pretty good pies close to home at Two Brothers on Broadway, W Long Branch. I like their sausage and meatballs. Girlfriend likes their wings. 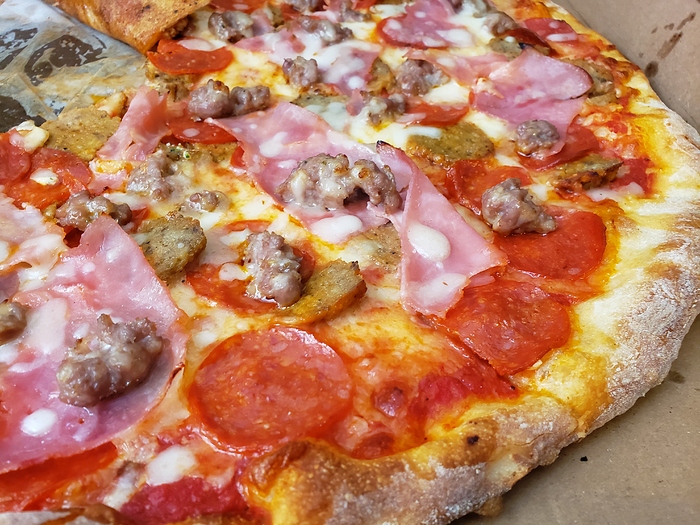 Long day at work today and despite offering to cook, was overruled. Pizza was requested. We ordered from Romeo’s in Hazlet. I had only been there once before (despite living within 10 minutes of it for the last 24 years). And that one time, I had a sub. Go figure.

Anyway, we got two pies so there would be leftovers. One with “everything” and another half plain, half garlic. Both were excellent. The everything pie used sweet cherry peppers instead of the usual green bell peppers (which I was expecting). Not being a huge fan of green peppers, these were a welcome sight and the acidity added a nice component. The sausage was a little too crumbly and hard for my liking but no big deal. The garlic on the other pie (no pic), was basically halved cloves which they placed under the cheese. Never seen it done this way, but delicious nonetheless. 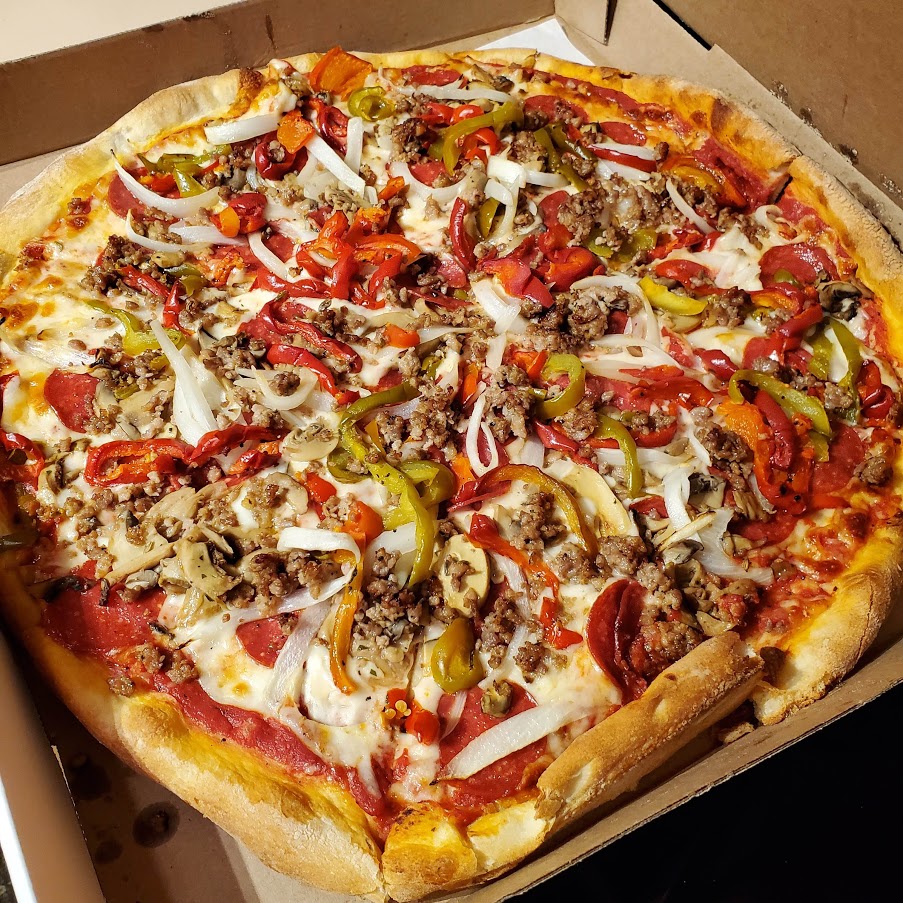 Nice looking pie! That used to be a good spot for cheese steaks. I haven’t been there in ages.

Reading this I just realized the same thing. Last one was in Philly last summer! Will have to revisit the cheesesteak posts.

Anybody been to Pasquale’s in Wall? They seem to promote their Detroit style pie. Any recs?

if you find a good cheesesteak nearby I’m all ears…

I’m not familiar with it but that location has had several different owners over the years. It’s too far from me to bother with but I know the various incarnations have always been popular with CHS and WHS students since it’s right across the street.

Wikipedia Article is below.

Thanks. I still don’t think it’s worth the trip but maybe if I happen to be in the area I’d stop by.

Soul Sandwich in Red Bank is doing Philly this weekend.

Crossing some places off my list finally. Tonight was Olivia’s in Little Silver (Drew’s tomorrow!).
Good pie with flavorful red sauce and the smaller diameter pepperoni that I love. Are they called chubs like the salami? Anyway, very tasty. 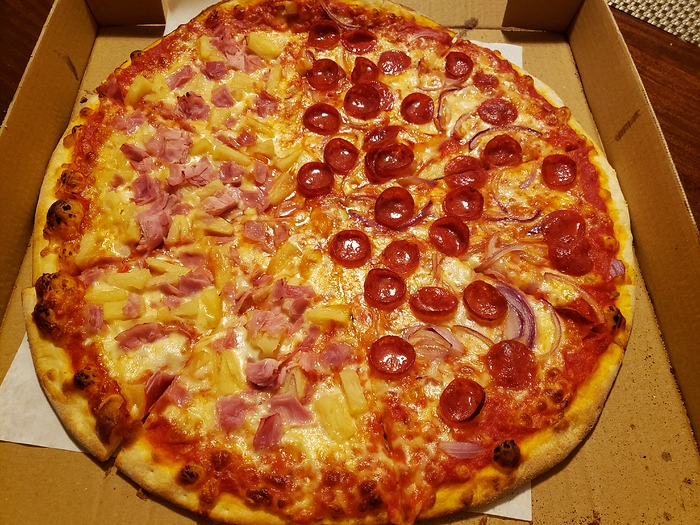 I grew up in Chicago BEFORE deep dish pizza was invented. Well, maybe Unos or MyPi had it back then but I never had it. I grew up on Chicago pizza which had a thin crust, a very moderate amount of cheese & sauce & sausage with lots of fennel. And it was cut in squares. There’s nothing even remotely like it around here. I miss it. Nj pizza is so heavy I feel like I’m gonna explode after 2 slices.

The crust was a bit heavier than I had expected on this one. Prefer something a bit more substantial than Pete and Eldas though.
I am usually good for 2 but downed the pepperoni side with a liberal dose of pepper flakes.