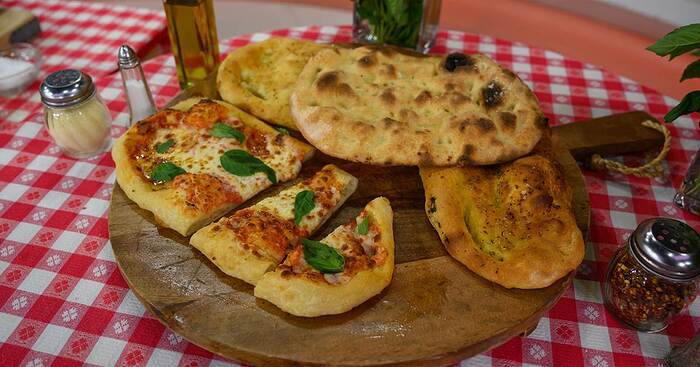 What is a pinsa? Meet the trendy pizza with a cloud-like crust

Pinsa might be fairly new to the U.S., but the unique dough recipe has been around for hundreds of years.

Anyone digging into this lighter version of pizza? 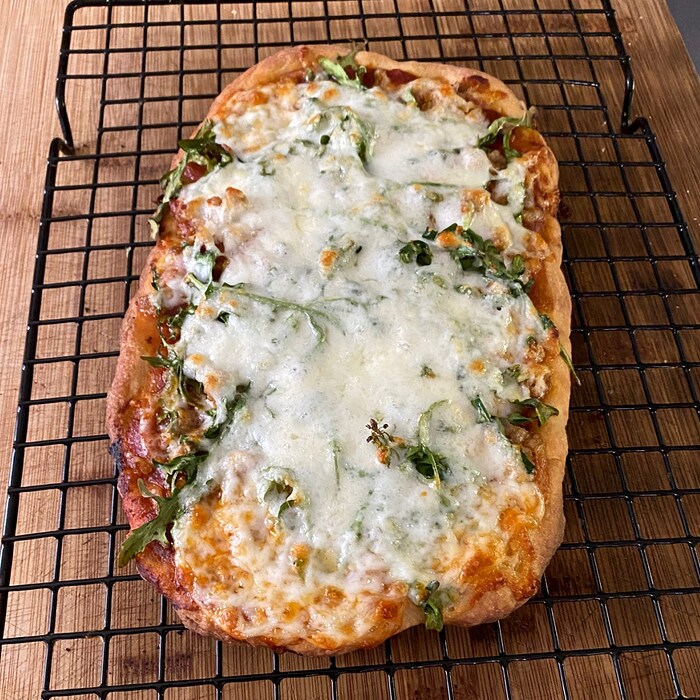 There’s pizza and then there’s Pinsa Romana. It’s all about the dough! The dough is full of flavor and the texture is light yet chewy. This culinary creation is a real game changer born from a traditional recipe for Roman-style pizza unlike our... 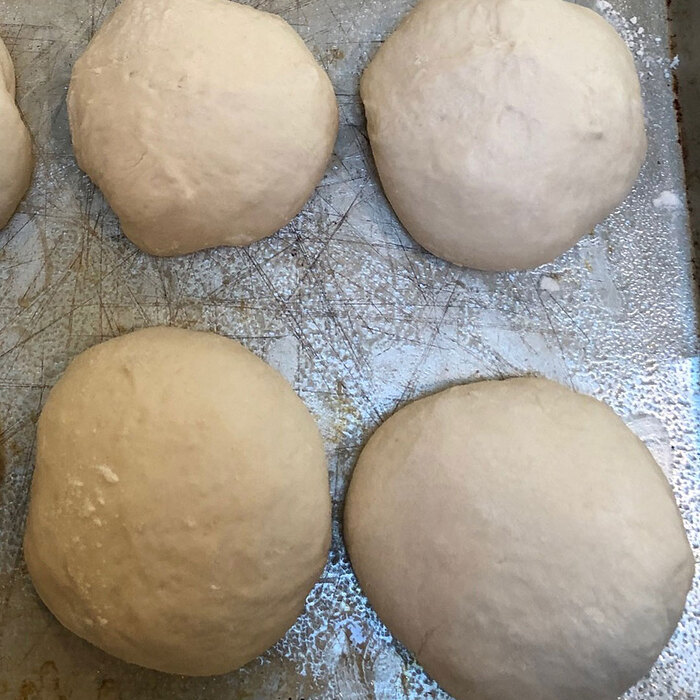 This recipe is the base dough for all pinse. Prepare the toppings before you grill the dough. They go on immediately after the dough comes off the grill. For gluten-free […]

The UK’s major pizza chain - Pizza Express - has been offering a Romana pizza for some years. Same toppings as most, if not all, of their standard ones

Tried it once, but prefer the standard.

I tried this style in Los Angeles. The light airy crust was sensational. Nice char on it too. I do like fresh greens on top.

There’s a place here in Berkeley that has that style, but they don’t call it Pinsa.

Roman style street food at Pollara Pizzeria. Based in the trendy 4th St. Berkeley, CA neighborhood Pollara Pizzeria's lineup of pizza changes depending on what seasonal produce and toppings are available. Made with the best quality ingredients,...

And it’s sold “al metro”, large pans of pizza that they snip off and sell by the ounce.

Nice! We ordered it from a Japanese joint. The dough mix is rice flour and ap flour at a high hydration. Then grilled over bbq coals then topped and heated through. I would like to learn how. It was super light.

Do you know the difference between Pinsa and pizza napolitana in the dough (not about the shape)? Pinsa is more crispy?

It’s got soy flour and rice flour in addition to wheat flour, according to the recipes linked upthread.

As for what makes it different from any regular pizza, Tomczak said the “distinguishing factor” is the blend of flours, which often contain “soy or rice flour in addition to wheat”. 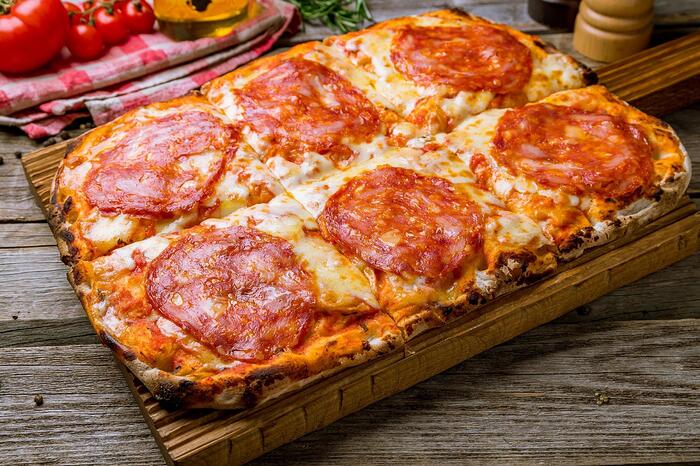 The little-known pizza style gaining popularity in the US

It's been described as biting into a cloud

Soy OR rice, not both. The pinsa we had in LA was made in front of us. The chef used rice and ap. flour. The crust was very light…like cloud bread.

I asked somebody who is knowledgeable about history of pizza, he said the original pinsa is the ancient version of pizza, without tomato sauce.

Plus I have had no luck buying soy flour in smallish qty. rice flour is easy to acquire.

Ours didn’t have sauce but roasted tomato toppings were an add on option.

The two links I posted here illustrate topping options. Bread lovers like me, who care about the crust more than the toppings, dig this version. Plus the char is epic on lighter crust.

Plus the char is epic on lighter crust.

I don’t know pinsa US style with mixed flours. But the pizza I had, the very good one the dough were very light and has the char. That’s why I was a bit confused. I read that the temperature to cook pizza is much higher than pinsa, cooking time is different too, faster for a pizza than pinsa. The hydration rate of dough is higher in pinsa. I suspect it’s closer to a fluffy bread.

I’ve tried Roman pizza in Italy bought on the street, it was not as good as they were not warm, should try it again next time back there.

All of the above from the pinsa I tried while on holiday travel. I’m hoping something close to it comes to my area or that recreating it at home even has a shot.

Technique is everything. I don’t care for doughy, heavy pizzas any longer.

Soy OR rice, not both.

You sure? This is from one of the recipe links you posted.

Based on the pinsa chef we asked while he made ours, yes. Other variations? I’m sure there are.