This place Hung Thinh was on the list of fish sauce fabrication place that one could visit.

We just went in…saw nobody, the smell was really strong, but bearable. Floor was very wet.
A few minutes later, somebody came out and chase us away, obvious they didn’t authorise visits.
We stole a few shots, I find the place authentic. 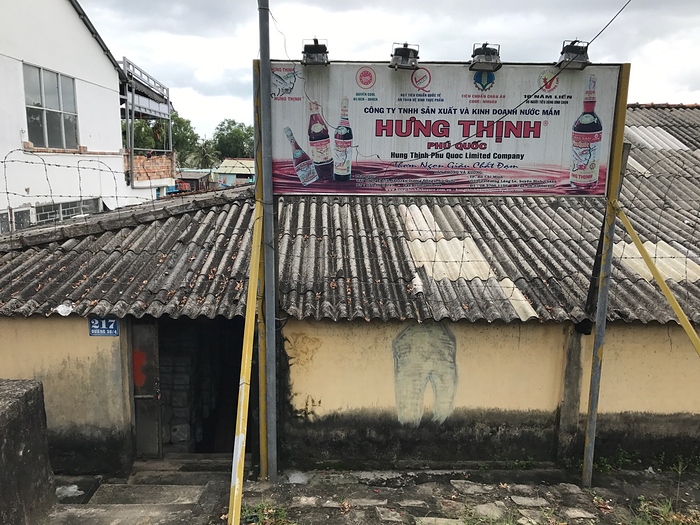 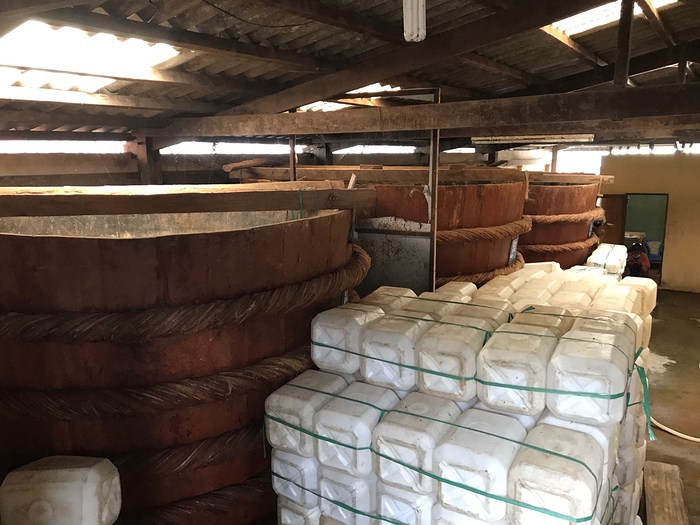 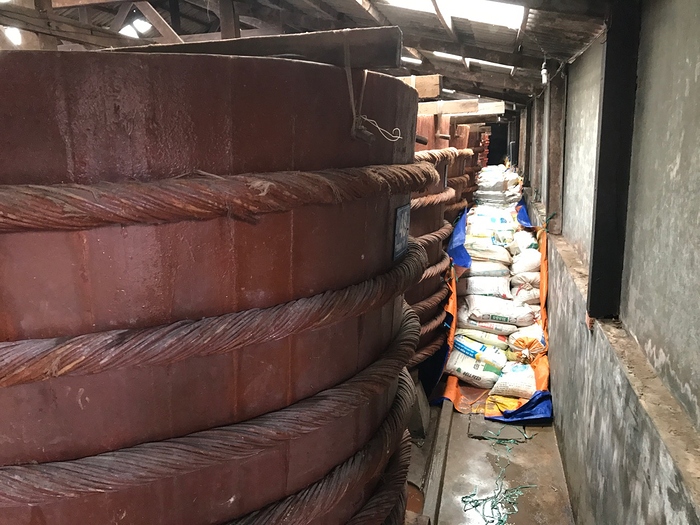 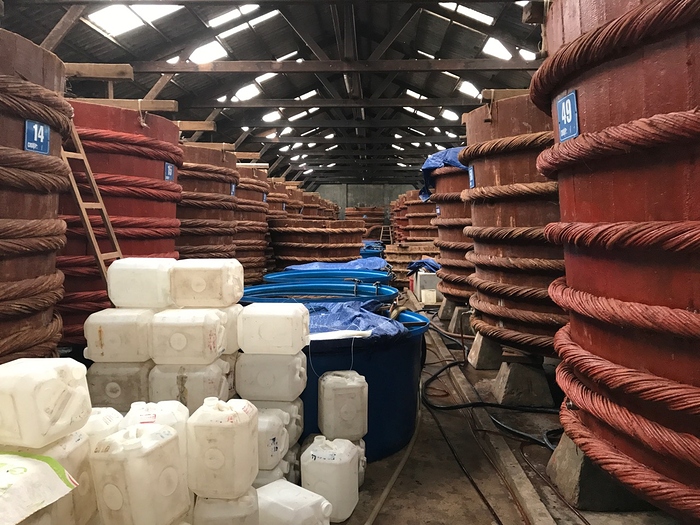 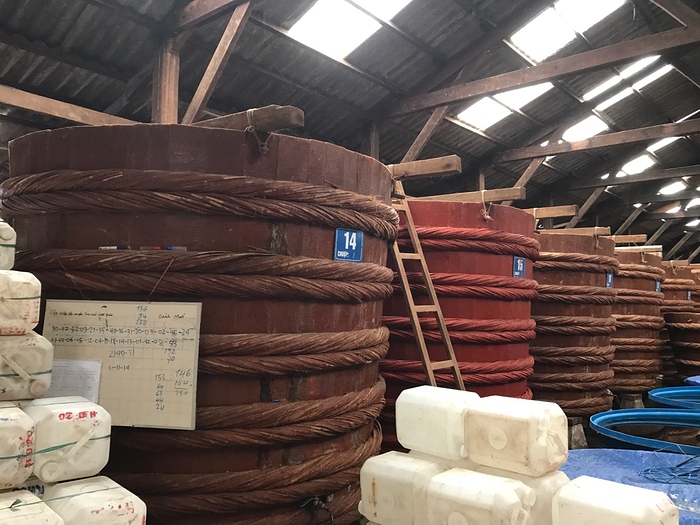 We went to the second one, Khai Hoan. 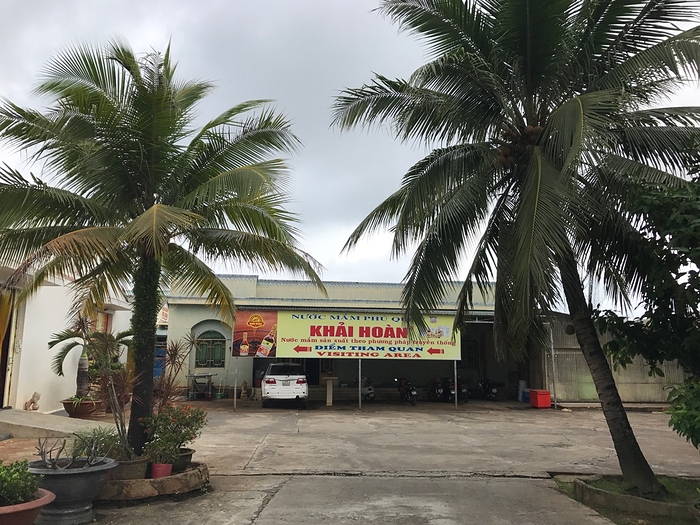 They were obviously more organised and even had a visiting area. 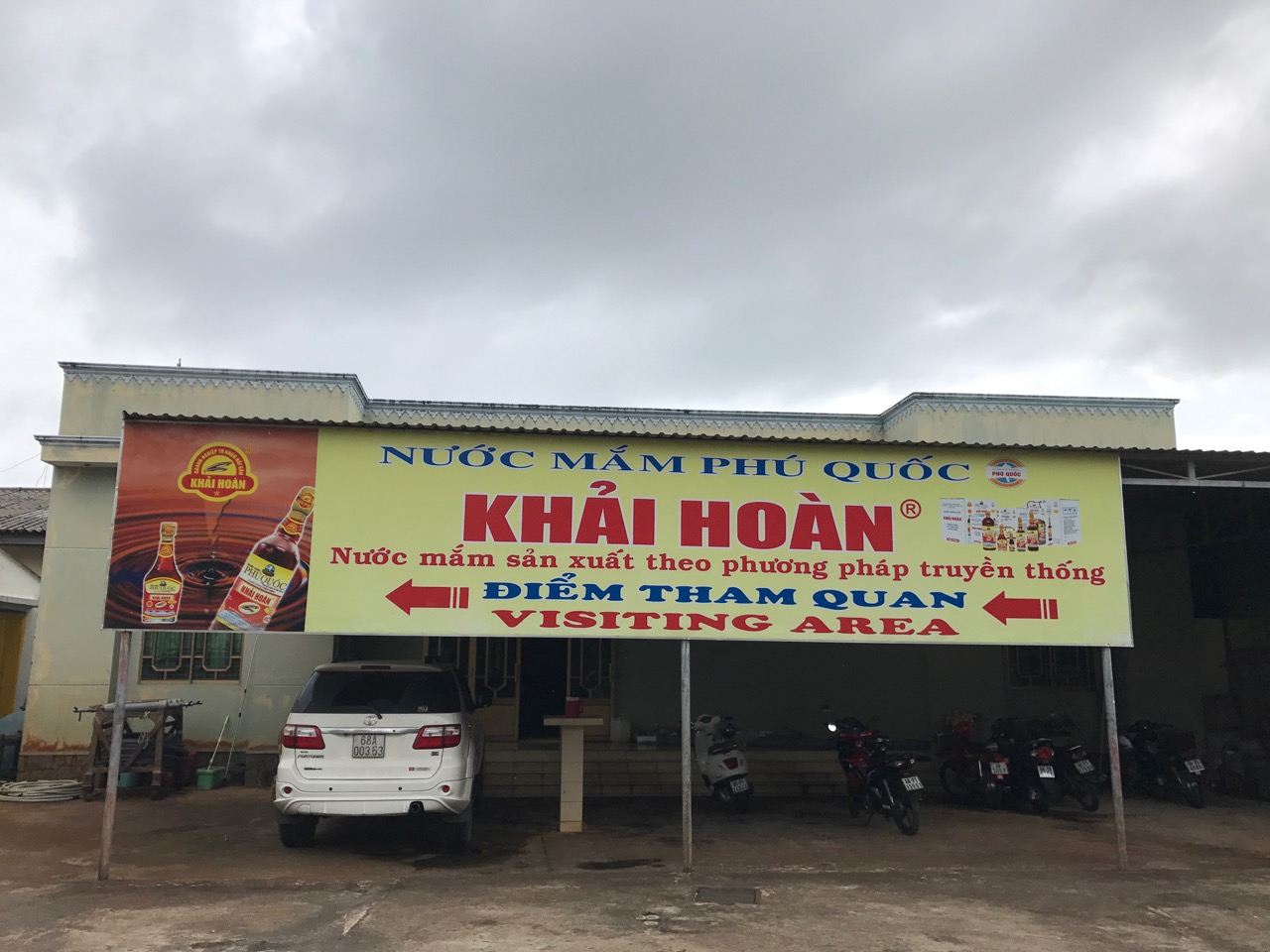 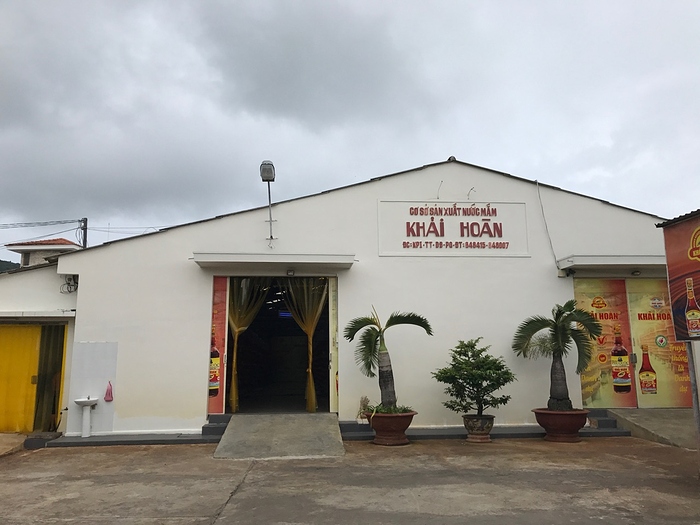 Large barrels like the first one, but no smell, ground was not only dry but too clean. 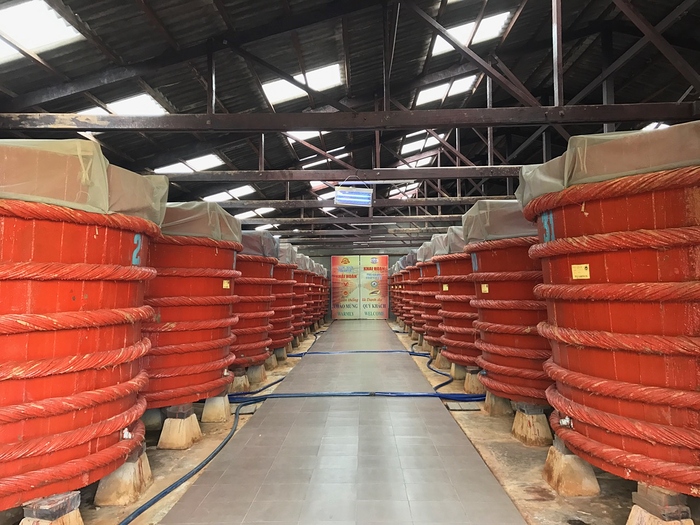 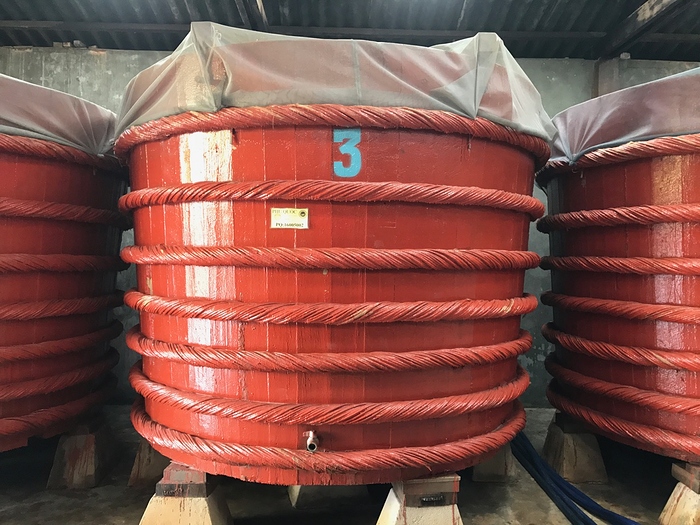 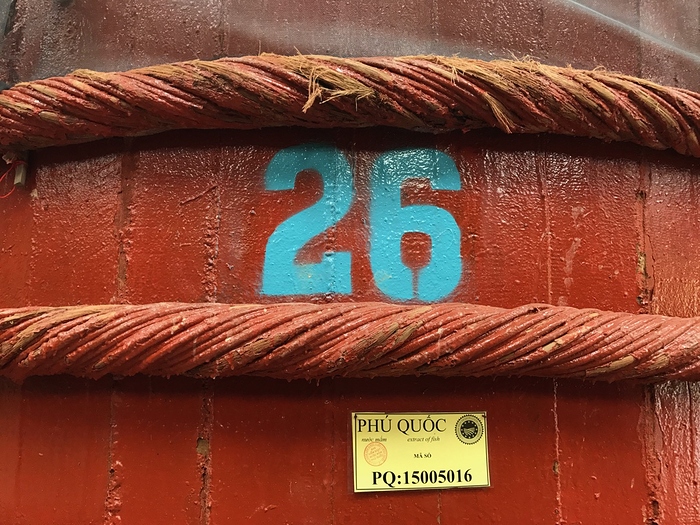 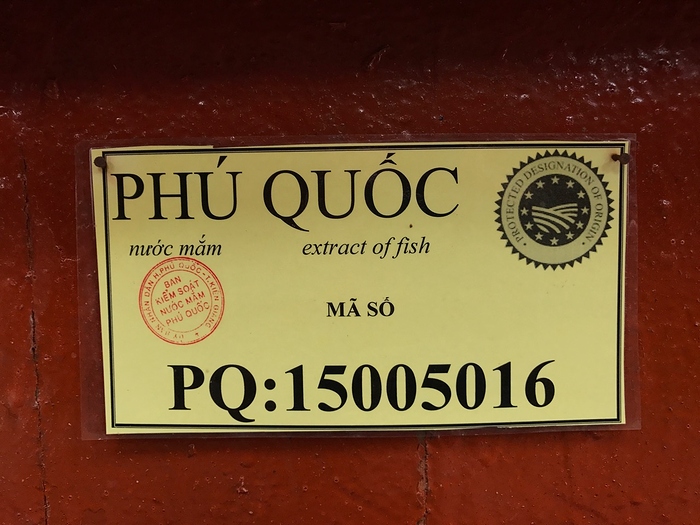 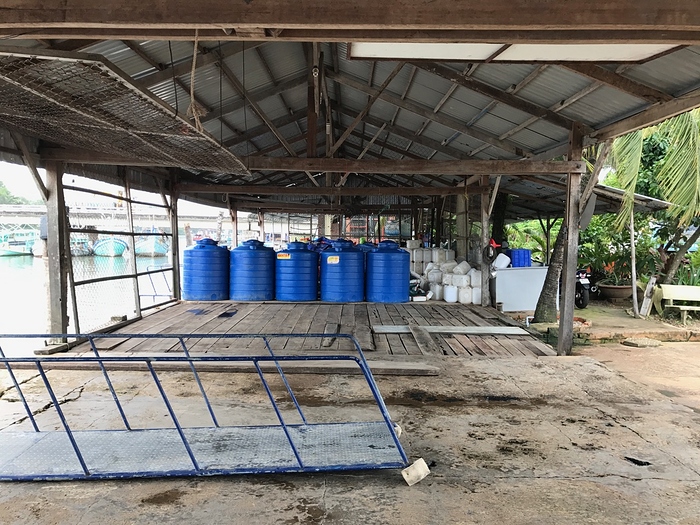 Some ladies were making nets. 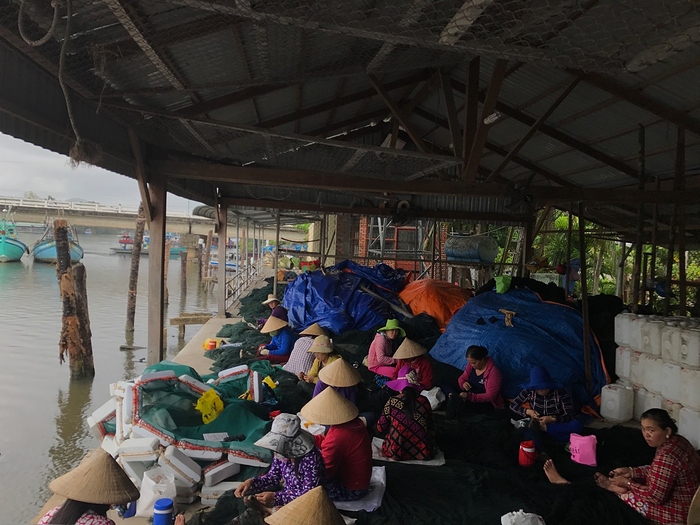 They had a shop selling the various products, but only for local consumption. We could not bring on plane, we had asked if they could ship to France by boat… nonono… 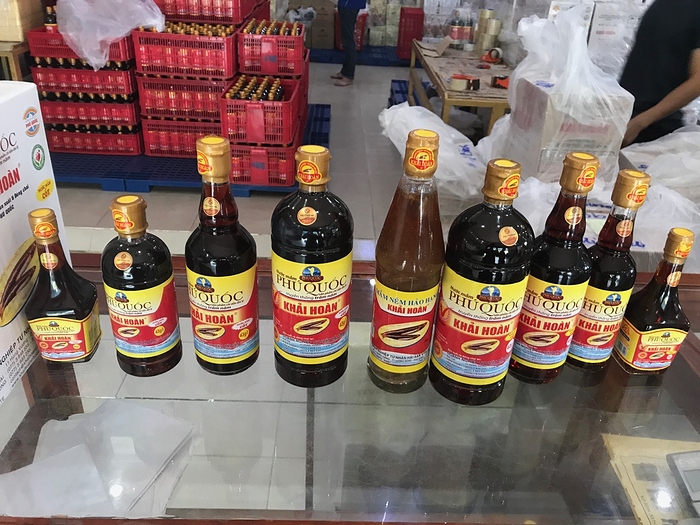 In 2012, we had successful bought some good 60º sauce in Hanoi and shipped to France by boat, 9 bottles of them. But we need at least 1 hour to persuade them in the post office, had them to ask their head and then their big boss. In the end they accepted, but they needed to wrap the bottles themselves, and we paid them $10 USD for the job, they wrapped at least 2 rolls of toilet paper around each bottle! We need half an hour to unwrapped all the toilet paper when the parcel arrived.

Unfortunately this time we had asked in Ho Chi Minh City post office, they refused, because of the terrorism in France, the parcels were more controlled. This time was a direct NO.