For those who are familiar with the dearth of quality restaurants in Ocean County, you can understand my excitement in reporting that a legitimate Vietnamese restaurant has recently opened in Toms River. Pho Viet Express opened this week in the space previously occupied by Vietnamese Cuisine (a place that originally held some promise when it opened but suffered in food quality and service as time went on) at Stella Town Center (1222 Rt. 166). I tried the restaurant today for lunch and can attest that both the food and the service were top notch. I started with a House Salad ($3.99) which in most places is a throw away. Instead, I was served a large bowl of very fresh mixed greens, cucumber, tomato, onion, red and yellow peppers, pickled carrots and radish along with their “house sauce” dressing and chopped peanuts. The salad on its own would’ve been a nice lunch though I had also ordered a large bowl of beef pho with brisket and sliced eye round (P4 - Pho Tai Nam - $8.99). The very large bowl of pho (easily could’ve been shared by 2 people) was served piping hot and was delivered with the typical accoutrements of thai basil, jalapeno, lime and bean sprouts. Like the salad, the “add ins” were plentiful and exceedingly fresh. I tasted the soup on its own before adding any sauces (siracha, hoisin, fish sauce, etc.) or vegetables and was happy to find that it had that rich beef and star anise flavor found in the better quality preparations. It was quite evident that the soup was very well prepared and the chef took pride in his/her food. My standard bearer for Vietnamese cuisine in this state is Little Saigon in Atlantic City and evidently enough the owner of this restaurant had previously worked there. If you are down in this neck of the woods and are looking for quality Vietnamese food (something I never thought I would ever proclaim), do yourself a favor and drop in to Pho Viet Express. A bonus is that during the month of September they are offering a 15% discount on all checks in celebration of their grand opening. You can thank me later.

@bgut1!! We were just talking about you at dinner tonight! Great to see you here. Have a look at the thread on the Appella mixed grill challenge !

Agreed good to see you! Thanks for sharing!

Thanks CurlzNJ. I’m happy to know that I’m still being talked about. It looks like you folks had a great time and I’m sorry I couldn’t make it. Congrats to NotJrvedivici for completing the challenge in a Joey Chestnut worthy time.

Hail hail the gangs all here! Great to hear from u B!

Thanks for the heads up about this place! I tried Vietnamese Cuisine when it first opened and wasn’t impressed, so I really hope this place is good. I’ll report back after I try it 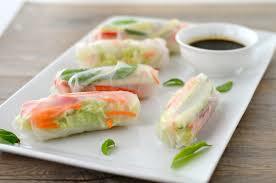 @VikingKaj - I actually went back again yesterday for lunch and while I didn’t order the spring rolls I did try the cabbage salad with sliced grilled pork (Goi Bop Cai) which was also very good. I will be happy to report back about the spring rolls as soon as I get the chance to try them.

Also Lemongrass Chicken (Nom Nom) and shrimp paste skewers (Chao Tom), if they have them.

Hey, B.! Great to see this post from you! I miss our online conversations, so don’t be a stranger.

Hello RGR. My apologies for staying out of the “game” though I regularly read up on the postings here and on CH as well as your excellent blog and Flickr feed. I will try and post more regularly especially if I come upon a place getting little to no mention. My regards to Mr. RGR and I hope you both had a nice summer. Be well.

Sorry @VikingKaj. Neither appear on the takeout menu. Next on my list are the spring rolls and a nice bowl of Bun Bo Hue.

B., I’m so glad to hear – and flattered! --that you’ve been checking my blog and Flickr feed.

I hope Mrs. B. and all the now not-so-little B’s are well.

I had dinner here last Friday and wasn’t at all disappointed. I ordered the combination bun, my husband ordered the pho ga, and we split the four seasons roll platter (one fried roll and three rice noodle rolls with different fillings). I thought the flavors in the rolls and my bun were spot-on - very fresh and comparable to what I’ve tasted at other Vietnamese spots. My husband said that he enjoyed his pho very much, but that the one at Vietnam Bistro in Howell had the edge because the chicken there is tastier and their pho ga is usually topped with fried garlic, which he loves. We will definitely be adding Pho Viet Express to our restaurant rotation, and it will be especially convenient in the winter months when we’re craving pho and want to stay local. I absolutely recommend giving this place a try!

Color me impressed with this place. Last week I got around to trying the restaurant again and the food and service continued to shine. This time I started with an order of their spring rolls (Cha Gio) which were stuffed with ground pork, onion, and taro and were accompanied with their house dipping sauce and pickled carrots and radish. As you can see from the picture below, these spring rolls were exemplary and were perfectly fried and greaseless. Next up was a bowl of spicy beef noodle soup known as Bun Bo Hue Dac Biet. For those of you unfamiliar with Bun Bo, it is the polar opposite of Pho. While Pho has a very delicate broth with notes of star anise, cinnamon and coriander, Bun Bo slaps you in the head with spice and heat. This version came with what appeared to be homemade crab and shrimp meatballs, eye round, brisket and pork feet (though the pork wasn’t easily discernible). While Pho comes with purple basil, bean sprouts, and sliced jalapeno, this one added banana flowers (a new one for me) as well as Vietnamese coriander, cabbage and lime. Everything in the bowl worked harmoniously together from the unctuous meats to the toothsome noodles to the counterpoint of crunchy greens. The cherry on this sundae was just the right spice level that kept you coming back for more. I added no sauces (soy, hoisin, sriracha or fish sauce) as the broth was perfect as is. This is fantastic Vietnamese food and I hope the restaurant continues with this level of cooking. On a side note, I hesitated including the below pictures as I normally leave those up to the professionals like @RGR. Good luck and happy eating. 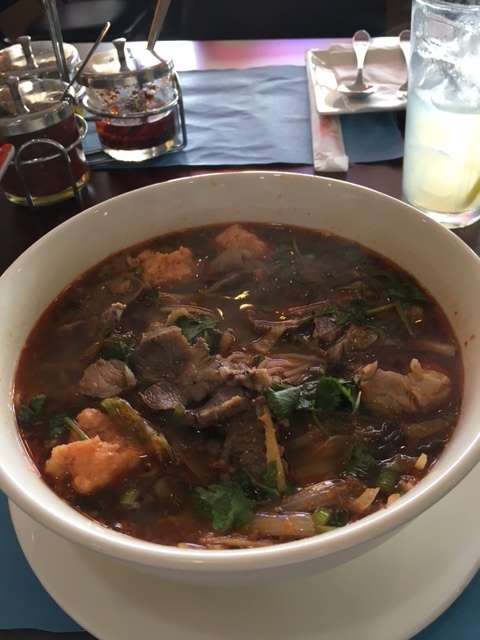 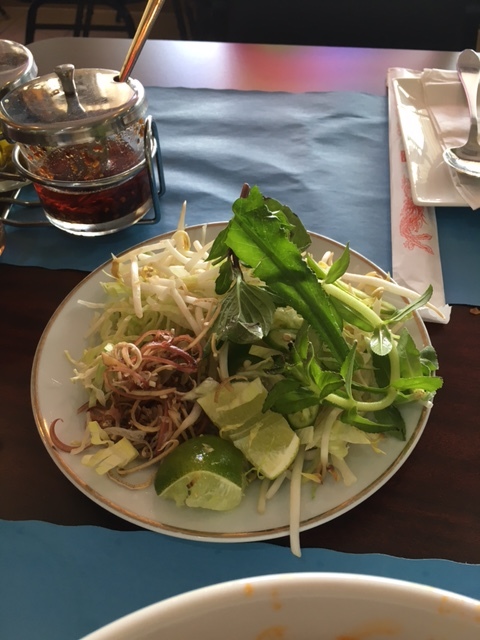 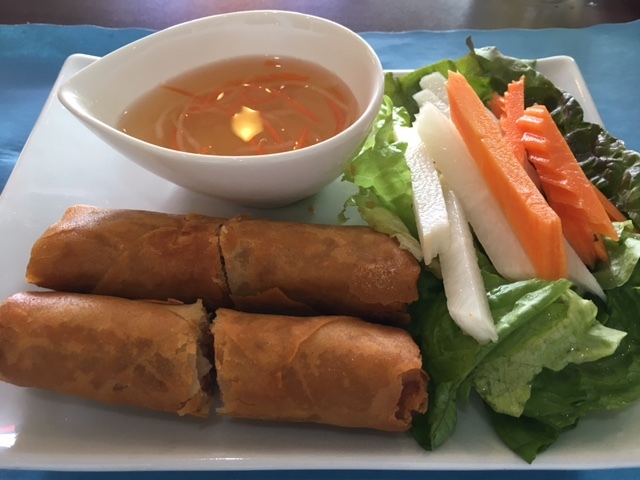 That food looks delicious. Mr. RBI (fka Mr. RGR) loves spicy, so that soup would be right up his gustatory alley. One of these days we should come to Toms River and meet up with you for a meal at this place.

Anytime RGR. I would love to see you both.

Kudos on the feedback and pictures! The spring rolls look large, egg roll size. Most I find are much smaller and thinner I want to take a bite out of one of those.

At this point all of you must think I’m a shill for this place. So, I will dispense with the review and just post photos along with a description. On this last trip, I had the shrimp toast as well as the house special pho with meatballs, brisket and eye round. 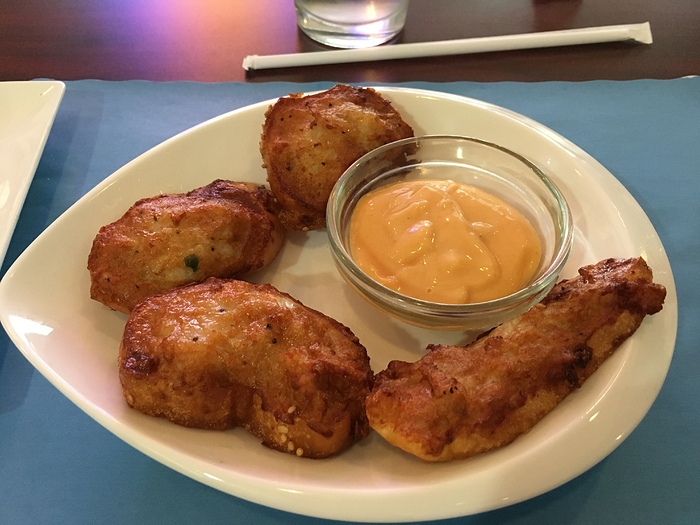 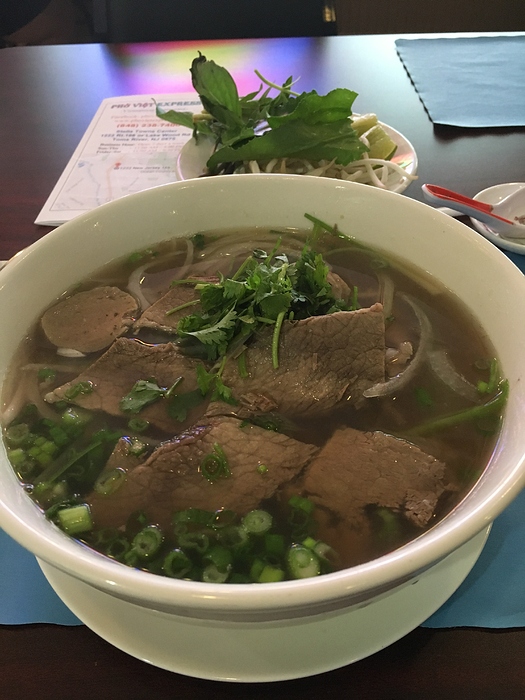