it struck us odd that the New York branch boasts about serving American beef.

It also strikes me as most odd. Hawksmoor’s UK website makes great play of its use of British grass fed beef bought from our small farms, as this link:

Here is the NY Times review 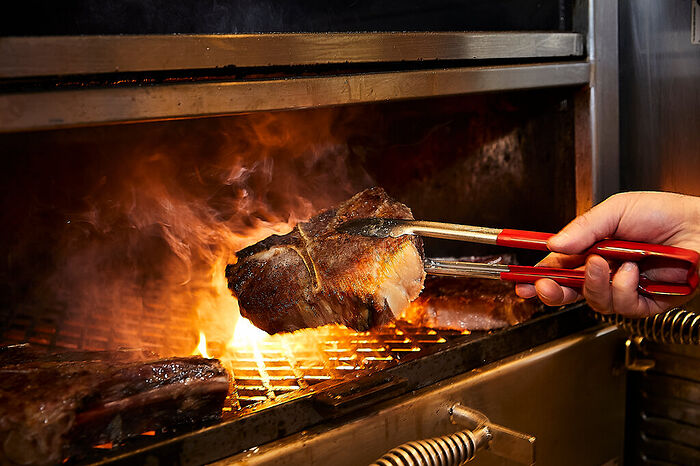 A restaurant group in London has planted its flag in Manhattan, a bastion of beef. But this is more than a case of bringing coals to Newcastle.

It says that the beef is pasture raised on local farms. So still grass fed. I have not gotten to it yet but I plan on doing so in the near future. I curious to see how charcoal grilled compares with the broiler used in most NYC steakhouses.

I wonder if the market for British beef has not yet picked up following the two decades when it was embargoed after the “mad cow” debacle. It think it was only 2020 when the embargo was lifted. If ever there was a significant market for it, of course.

We prefer charcoal grilling at home for high heat and flavor, but safety dictates propane, so we reluctantly changed. We can’t tell whether the UK Hawksmoor is using charcoal, though it touts local beef:

I’m curious about how they got the permit for the grill! Isn’t that hard, unless you are grandfathered in ?

I knew them as “scrubbers”.

Are you in the restaurant business?

Several times we noticed this sharp marketing exercise from the sidewalk, but other priorities overtook curiosity: 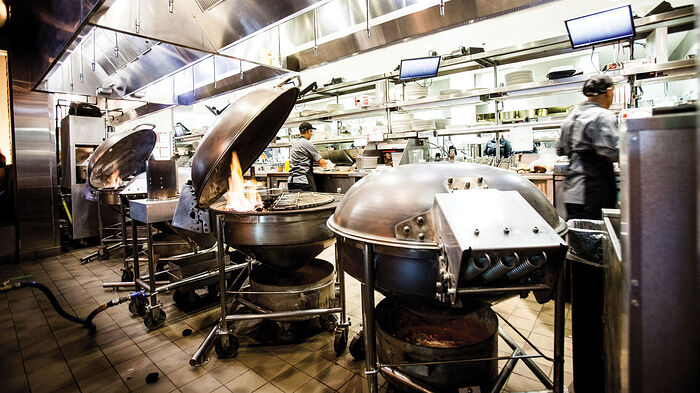 Yes, Weber Grill Restaurant is a chain, albeit a very small one with only five locations. This is the first to open since 2007 and the only one with an on-site Weber Grill Academy. It’s a huge, nearly 10,000-square-foot space in the northernmost end...

Are you in the restaurant business?

It might have been wood fired for pizza ovens but I seem to remember seeing somewhere that unless you’d had it for like 100 years, you were out of luck.

Maybe it was here in SF Bay Area California

I saw it as asking a question; " isn’t that hard?", and genuinely wanted an answer, but thanks for the feedback. Perhaps I should have asked " is that hard ?".

Wood fired restaurants are all the rage now in NYC. 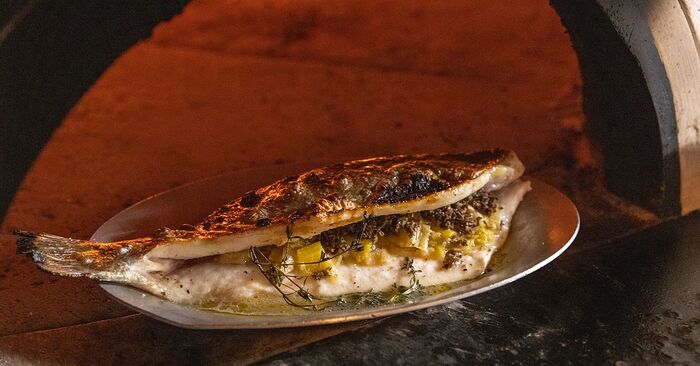 A trend that I think started in London has moved over. There would not seem to be a restriction given the number of new restaurants that have opened. There is a urban myth of needing to have an existing coal oven to be able to make coal oven baked pizza. I say urban myth as I recall reading that when Grimaldi’s lost the lease and moved a few blocks down the street, they constructed a new coal oven despite whatever restrictions exist.

Opening a business may be “HARD”.

Understood. I had one for 20 years, but it was a medical practice. I used to think I wanted to work in a restaurant until I started watching them on television.

Sorry if I offended anyone. I was sort of trying to be funny when I mentioned not being in the restaurant business, but watching on TV. I guess it wasn’t funny.

I used to think that too!
I decided I like eating in them a lot more.

I’m curious about how they got the permit for the grill! Isn’t that hard, unless you are grandfathered in ?

I used to think I wanted to work in a restaurant until I started watching them on television.

My mother owned and ran a restaurant. During my middle/high school years I was free labor. It was a tremendous amount of work and the margins aren’t great even for a successful restaurant. I have several friends who are professionals some even with Michelin stars. So I understand first and second hand how tough the business is. I am a very good amateur cook and have had friends who don’t know the restaurant business tell me that I should open a restaurant. I have told all of them that I’m not that crazy. I make far more money than 99% of even the best known chefs and work far less hours.

If it helps, I got your joke. In my line we have a joke about certain professions that support our business. When asked if I was a “[fill in blank]”, I say no but I play one on TV.

If it helps, I got your joke

It does. I usually love hanging out here on HO.

Because I went through the process

Please don’t let one (apparently) hostile poster scare you off. Yours was a reasonable question. And BTW, IIRC coal ovens were grandfathered in, in NYC. Not sure if there’s anything like that going on in CA, which is a notoriously difficult climate for business in general.

Certainly not scared off HO, but perhaps even more sensitized about the difficulty of working in the restaurant industry.

On a medical forum, I might have responded "no it is not hard. If you tell me where you want to practice, I can direct you to reliable information ". Is there a place to refer folks? I used to read eGullet, but just because I was curious.

Unless it was too hard, and then I might just not say anything.