I thought I saw a thread on this place, or maybe it was imbedded somewhere else, but I couldn’t find anything. This new Peruvian Restaurant is just north of the Collingswood Circle in Wall. It is has been several different restaurants over the years, the last being Piramida.

It is now open (probably for about a week or so) and we did some takeout for dinner since we weren’t sure how comfortable we’d feel inside. The space is actually pretty big but it looked like they were only seating people in half. This made the space feel pretty full though the tables were well spaced so it didn’t feel crowded. Most of the patrons were speaking Spanish. We had to wait a few minutes for our order so got to see several dishes come out of the kitchen. They all looked very good with generous portions. 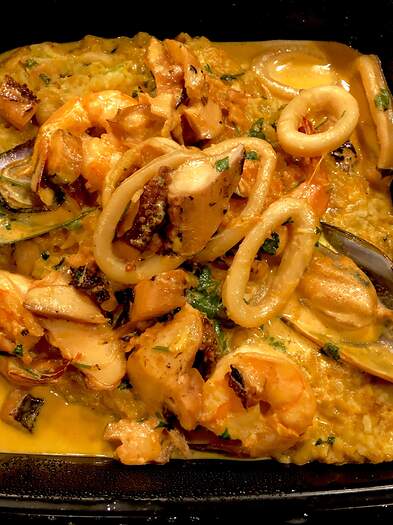 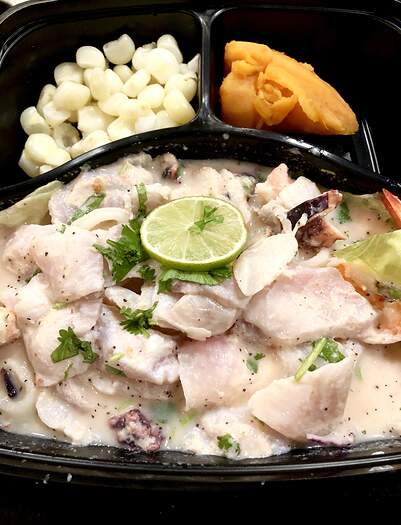 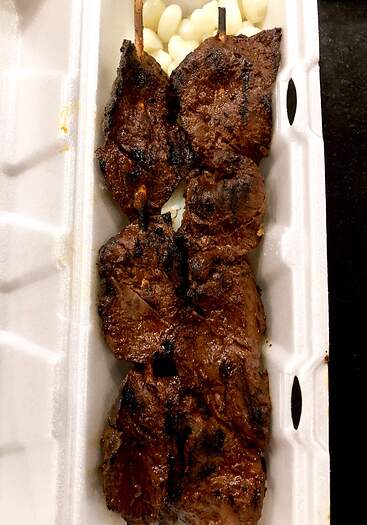 Tallarines Verdes con Steak - Pesto Pasta with grilled beef. We actually ordered the roasted chicken in order to compare it to Super Pollo which is one of our favorites but they did not have any. This was recommended instead. It wasn’t pretty so I didn’t take a picture before we ate it and by the time I realized it was good half was gone so no picture.

I thought I ordered Picarones/Peruvian donuts but I somehow didn’t. Not a big deal as we really liked the food here and plan on going back soon. I’m especially interested in trying some of the breakfast items.

Come and try our delicious Peruvian. Now you can order online directly from us and get exclusive deals for your Delivery and Takeout orders.

When I’ve driven by, they have a woman on the curb who appears to be preparing/selling some food item (outside the front of the restaurant). Was she present? Any idea what food? By the way, appreciate the review. On my list of places to try.

She was there. At first I thought she was distributing on-line orders but that was not the case. It looked like she may have been making donuts but I’m not sure. I will definitely have to pay more attention the next time we go. I am looking forward to going again. It was hard to pick what to order.

Holler next time and I’ll meet you for takeout!

I wasn’t in the mood to cook tonight and since we happened to watch an episode of Parts Unknown when A Bourdain and E Ripert were in Peru, Mr Bean decided he wanted Peruvian food. So we hit up Perusa at the last minute.

@jsfein The woman was back at her post sitting outside. I did not see her over the winter. She is the donut maker but is only there on the weekend.

Everything was good as usual.

Dropped in to Perusa for the first time after a once in every 7 year stop at Collingswood Market.
Sat right away and the main room was pretty full. There is live music there after 3 pm, we left as they were arriving. Woman outside was cooking Picarones, fried dough rings served with syrup looking sauce. I tried a piece of one and it was tasty.
Great flavor on GF Leche de Tigre with two nice size shrimp on the rim.
Enjoyed the Chicharron. Ask for Rocoto sauce if you want to add some flavorful heat. 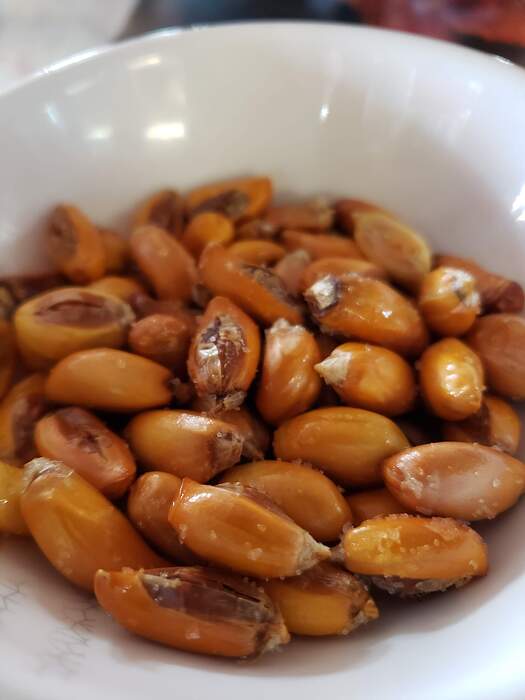 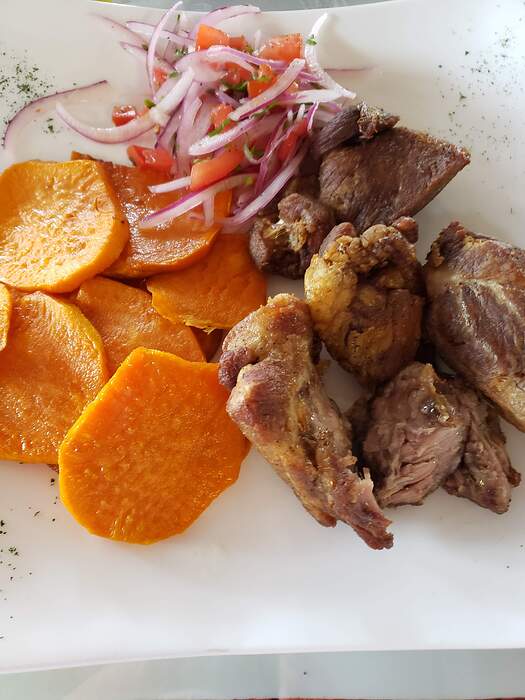 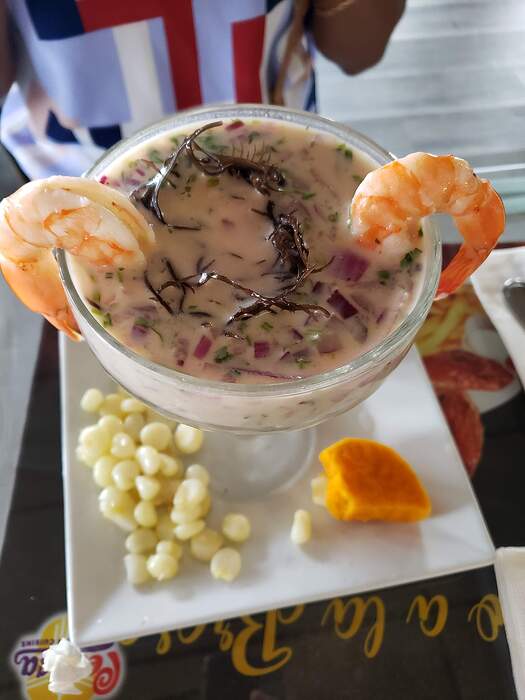 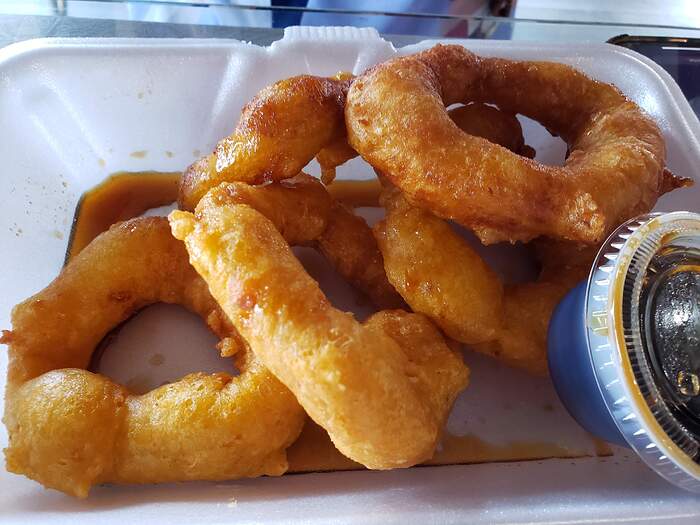 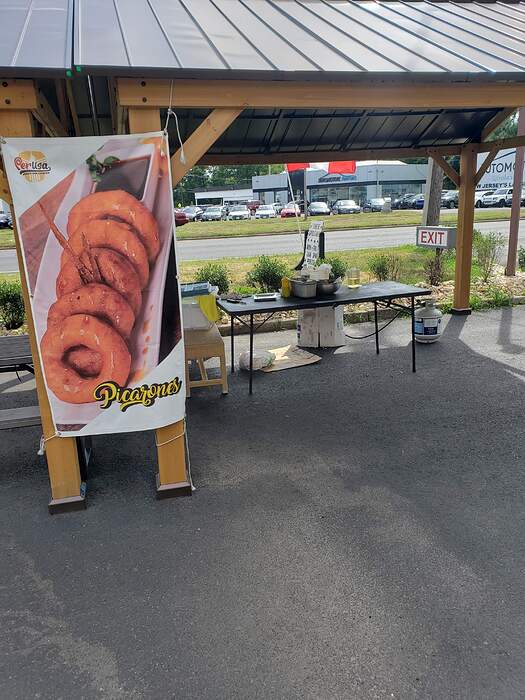 Anything chow worthy at Collingwood these days?

Did do a walk through and saw some empanadas and some giant loaves of bread that looked interesting. Now that you mention it I was a bit intrigued by a couple of places that had prepared foods in hot cases.

Those chicharron look nice. Will have try them next time we’re there. What is Rocoto sauce like?

Kind of like a runny red salsa with scallions. It is the sauce they serve with the Anticucho as well.

What’s crazy is that I’d never heard of Rocoto until your post. I’m currently (finally) watching Top Chef: Portland and in the last episode I watched, they used it in a dish!!

Thanks. I love their Anticucho and it’s sauce. Obviously I don’t need to know what I’m eating in order to enjoy it. Actually I think I’m better off not knowing what I’m eating.

To clarify, the Anticucho is marinated/served with an Aji Panca, a smokey pepper, sauce usually. The Rocoto sauce would come on the side.

Thanks for the clarification. I’ve actually made Anticucho a couple of times and keep a jar of Aji Panca on hand for the marinade. I wasn’t sure what the side sauce was and ended up making a green sauce variation. It was ok but not the same. I’ll have to do some more research on the Rocoto sauce.

Edit: Damn I didn’t realize how old this post is! lol I guess they’ve had the chicken for a while then.

I’ve been contemplating checking this place out for a while not but their menu did not have Peru roast chicken so I’ve been kind of wtfing on the fence. Last time I drove by it I saw a “we have chicken” sign so hooray!

What were some of your favorite things?

This block is turning into a restaurant mecca. Roadside diner right next door, the Puerto Rican place has a massive menu and there’s also BBQ. And don’t forget all the food in Collingwood!

I popped into the PR place to get a bacalaito. It took them like 20 minutes to get it out for some reason but it was great. It’s like a salty fish potato chip. Absolutely perfect companion with a beer.

There’s a seafood fry place that looks really great, I haven’t had a chance to try it because I’m only ever in the mood for snacks when I’m there. I think I’m really there more for the ambiance than anything, but the Mexican places there have these giant fried chicken wings for like a 1.75 and those are always a hit for me. Bonus points getting to have it with different salsas.

They do have “Pollo a Las Brasas” on the menu. The first couple of times we went there they did not have it and so got out of the habit of asking for it. The rest of their food is pretty good. We’ve been there several times. We get the Anticucho EVERY time we are there.

The only quibble is having to make the U-Turn on Rt 33/34 to get back home.

Polla a la Brasa- when I first saw what it was I thought it was just rotisserie chicken, but it has a different flavor.
A trip to Lena y Carbon in Paterson, across from the Peruvian Consulate, will give you a great version and their Huacatay sauce is excellent. Order ahead and while you are waiting for your Pollo, go to Costa Marina across the street for the Chicharron.
Will probably be trying Perusa’s Pollo a la Brasa soon enough. Been relying on Tumi 2 Go at International Bites and Don Pepe.
And as always, get the side of Rocoto sauce if you like the heat. And I prefer the Leche de Tigre over Ceviche at most places. Check it out.