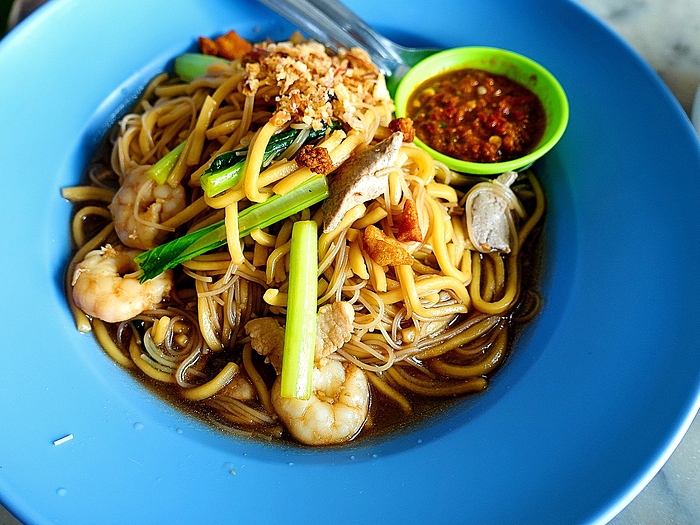 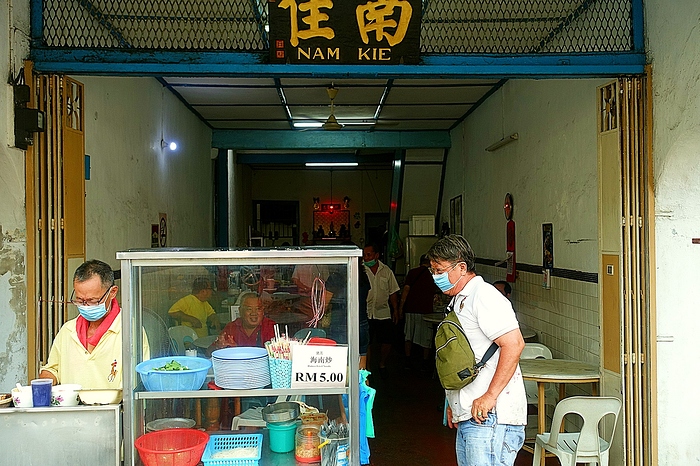 Owner-chef, Pang Tong Zhe, fries his noodles over low heat, allowing the mix of yellow wheat noodles and thin “bee hoon” rice noodles to absorb the flavours of the pork-shrimp gravy. He then covers the wok and let the noodles steam-braise for 3 minutes before serving. 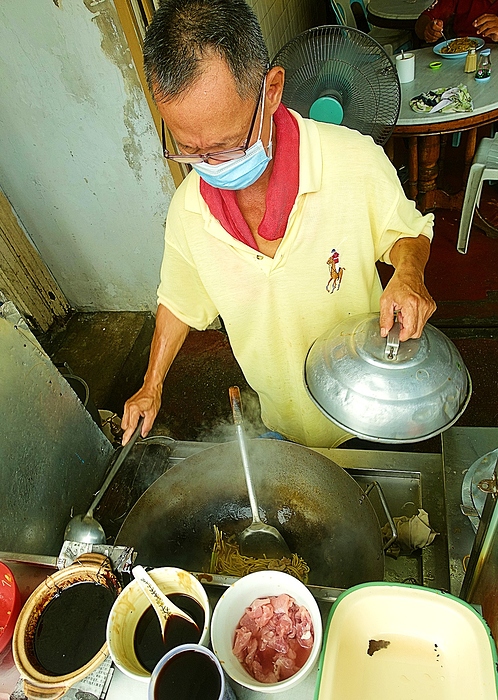 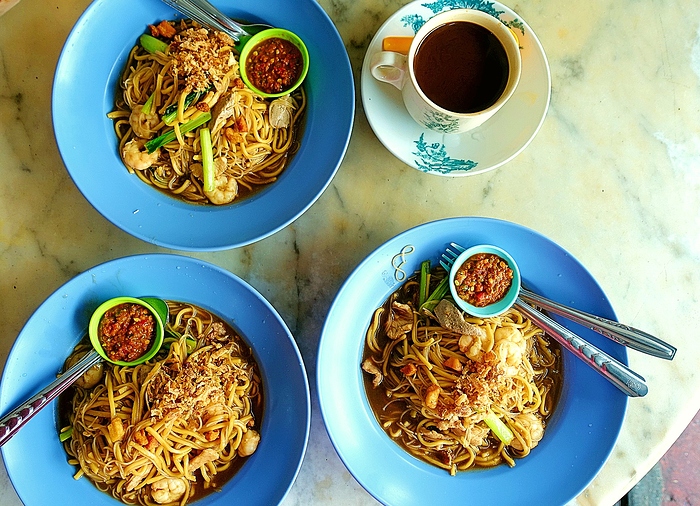 The coffee brews are prepared by Mr Pang’s younger brother - their mother who used to brew the beverages passed away 2 years ago, whilst their father just passed this year. So, Nam Kie Cafe is now totally in the hands of the 3rd-generation of the Pang family, who continue to converse with each other in Hainanese. Both also spoke Hokkien and very good English. 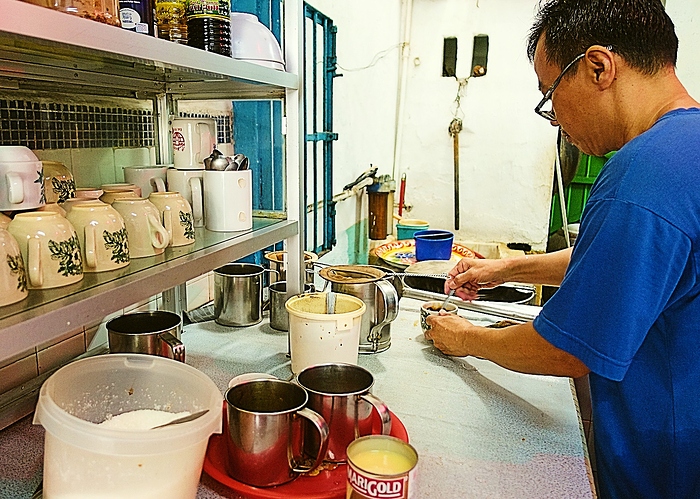 The younger Pang sibling prepares the coffee & tea beverages using the old “silk stocking” method seen in traditional Hong Kong cafes - where coffee grains or tea leaves were put into large cloth filter bags, and boiling water poured through them. He certainly made one of the best cuppas in Chinatown! 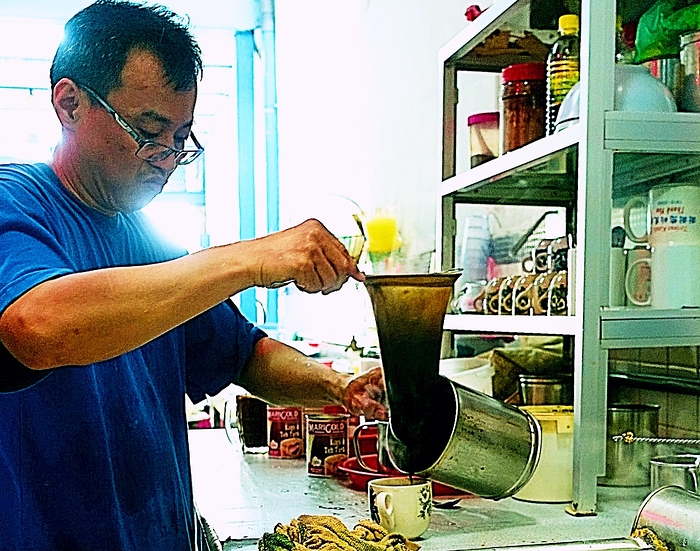 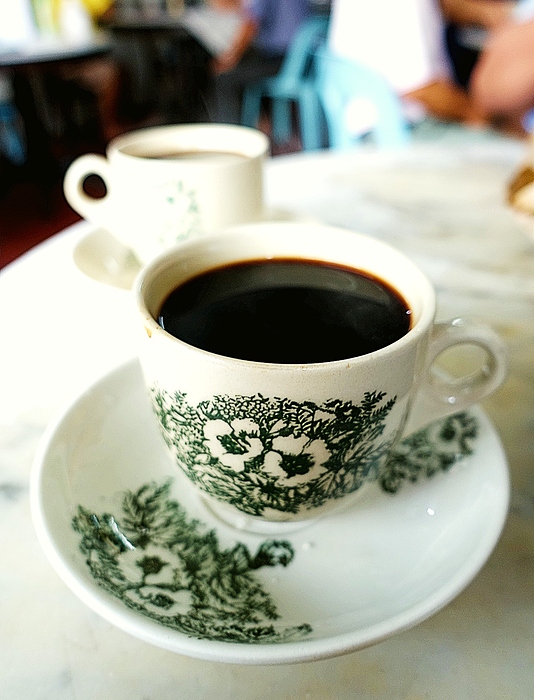 Nam Kie is well-known among the Hainanese community in Chinatown, although Kimberley Street itself is known as “Swatow Kay” among Chinese Penangites, as it’s a Teochew enclave in the old days, populated mainly by immigrants from Swatow (Shantou), Southern China. 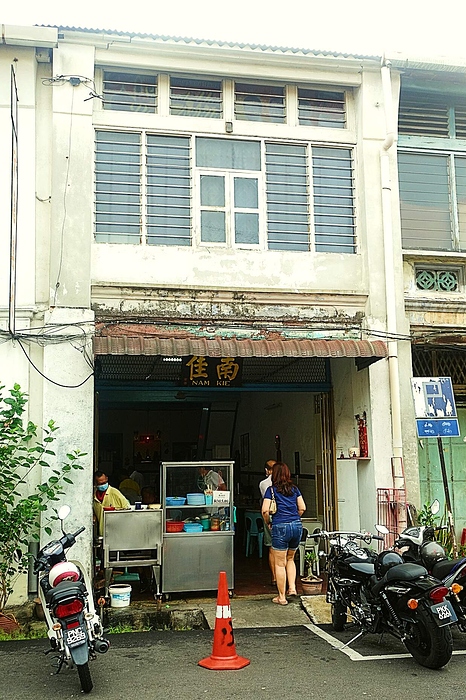 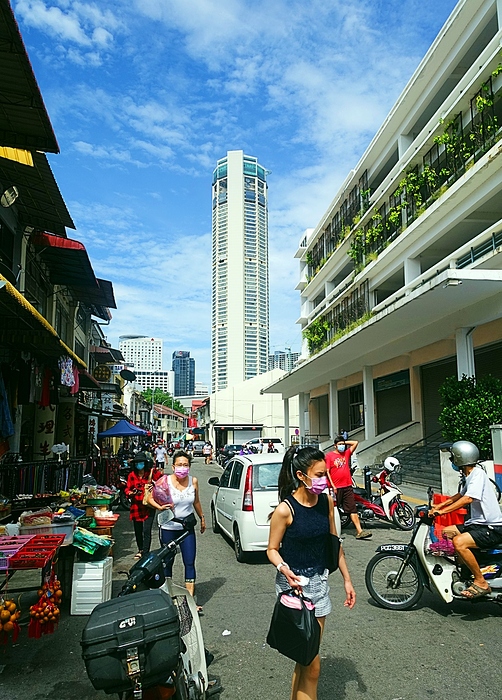