Our brunch there yesterday: 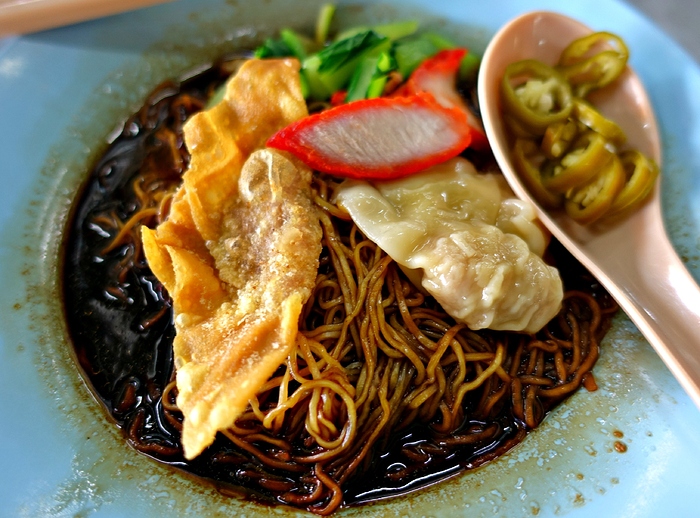 Only in Penang can one find deep-fried crispy wantan dumplings served atop the wantan noodles, together with poached/boiled wantans. The fried wantans here were also very good, on par with the version I get from Kuala Lumpur’s Ho Weng Kee in Hutong Lot 10. 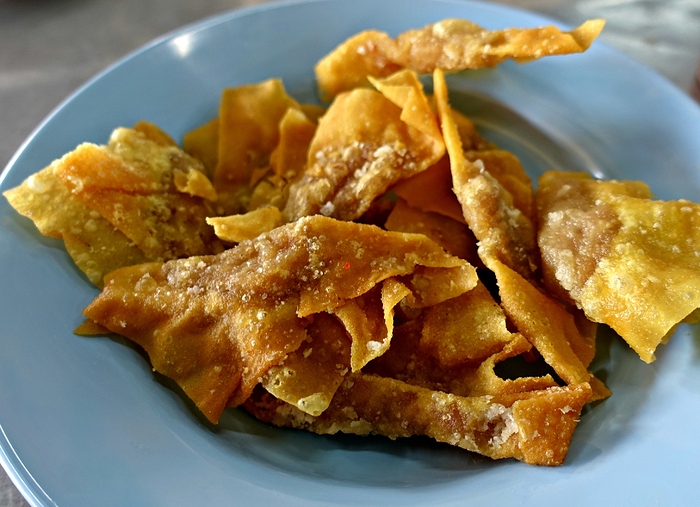 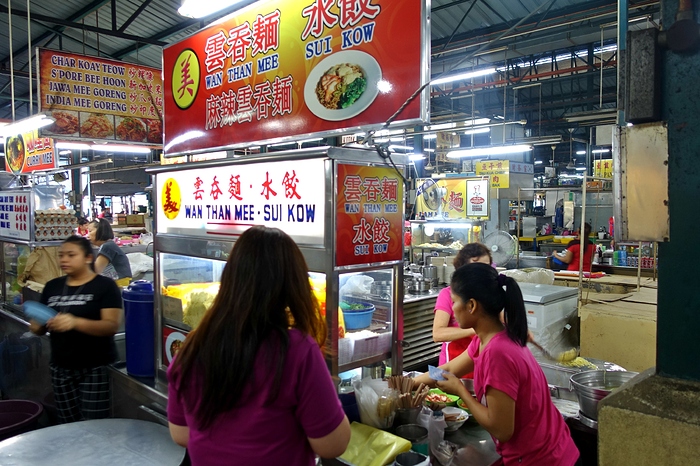 The duckmeat koay teow stall - Lau Lum Lai and his family have been running this stall since the early 70s, and his version is my all-time favourite “koay teow th’ng” in Penang. 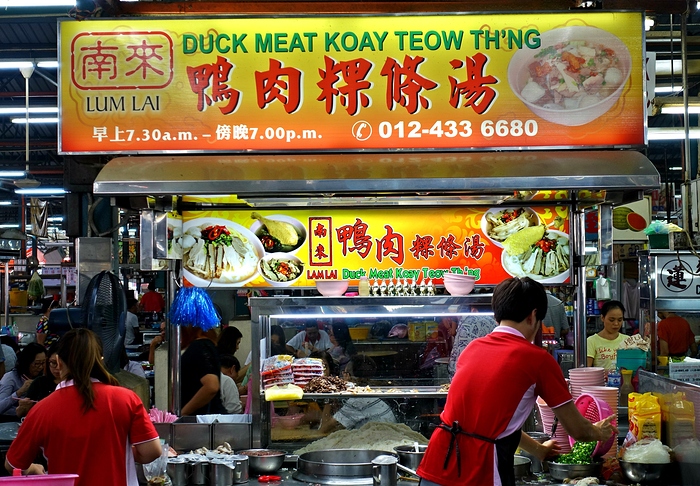 I actally much prefer Chinese pasembur over its spicier Indian cousin, like the ones served at Edgecumbe Road, Padang Brown or Fort Cornwallis - all having the best renditions of Indian passembur or Indian rojak in Penang. 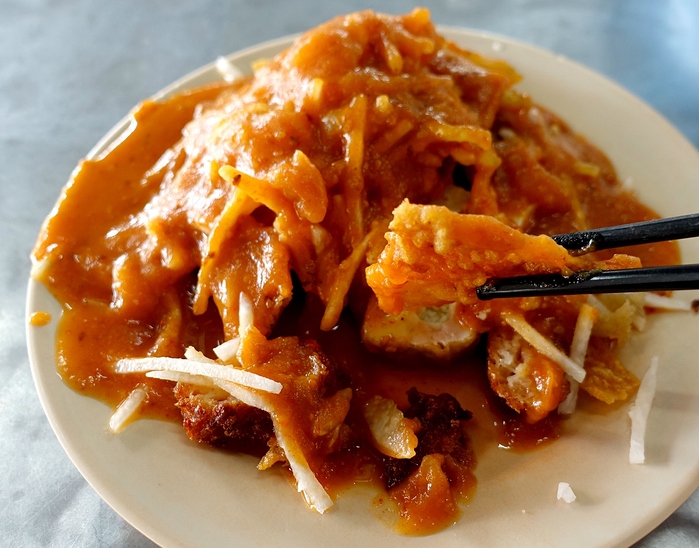 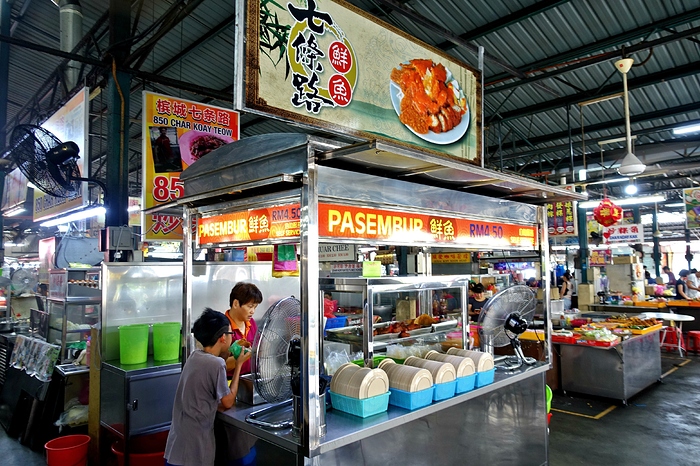 Cecil Street Market has two curry noodles stalls - we tried both and prefered the second stall listed below:

5a) Curry mee #1 - lots of ingredients, but the soup did not have the classic Penang curry mee flavours and had a pungent lemongrass smell/taste which I think do not belong to this category of noodle dish. The dollop of chili spice - which make-or-break a Penang curry noodle dish - is not too bad: piquant and aromatic. 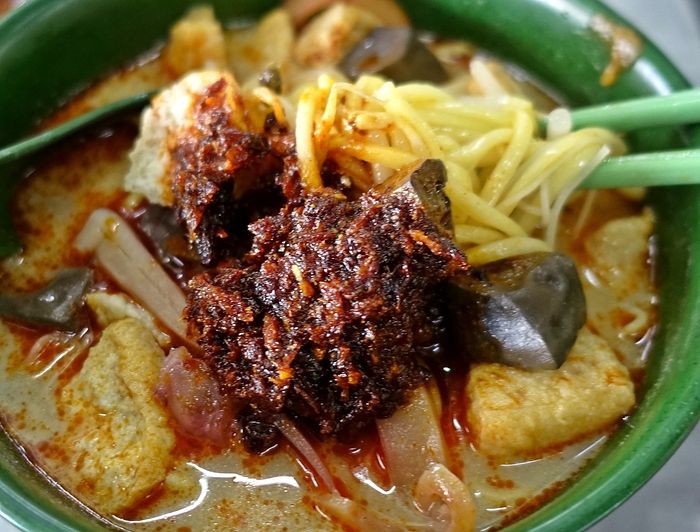 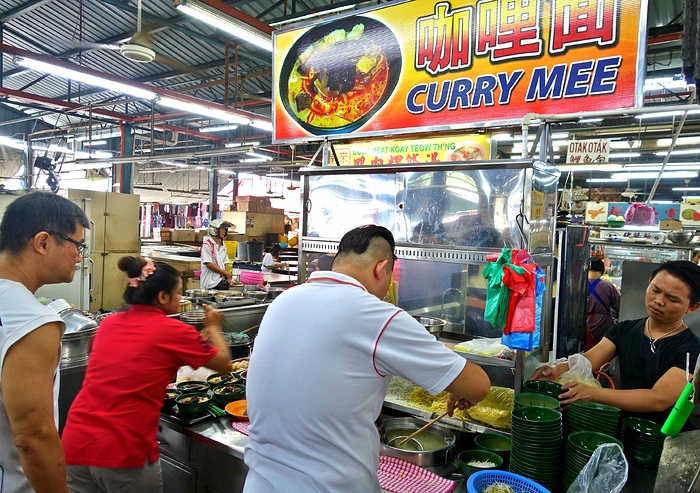 5b) Curry mee #2 - this version got its flavours down pat. Love it. 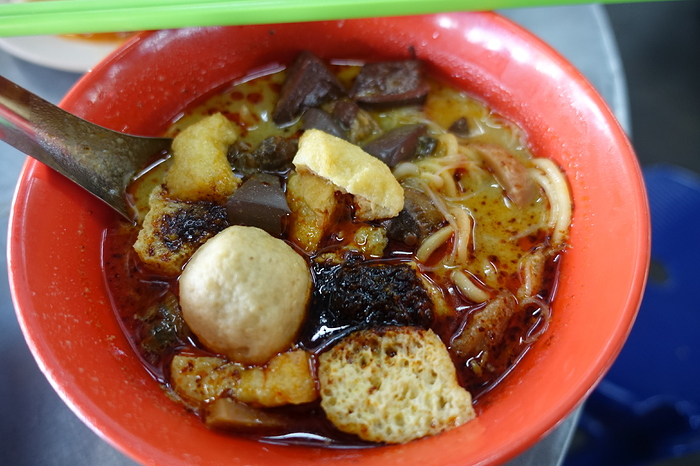 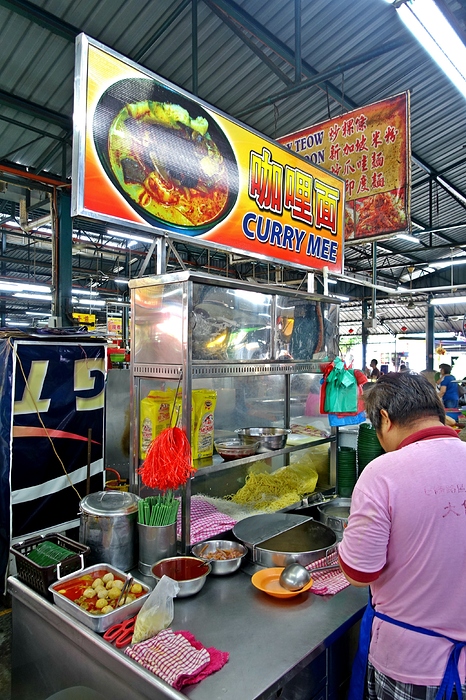 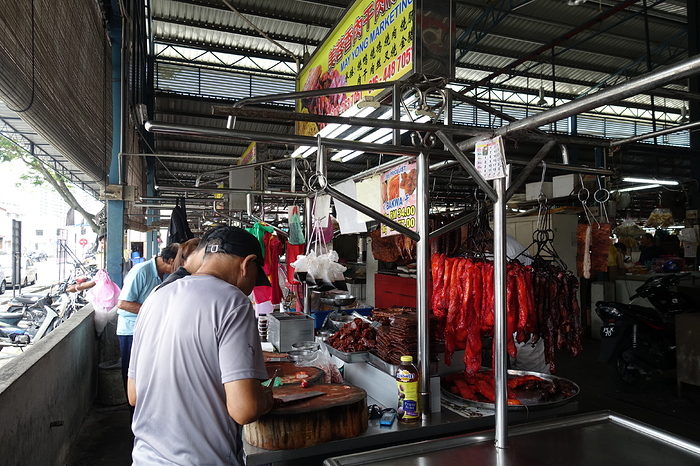 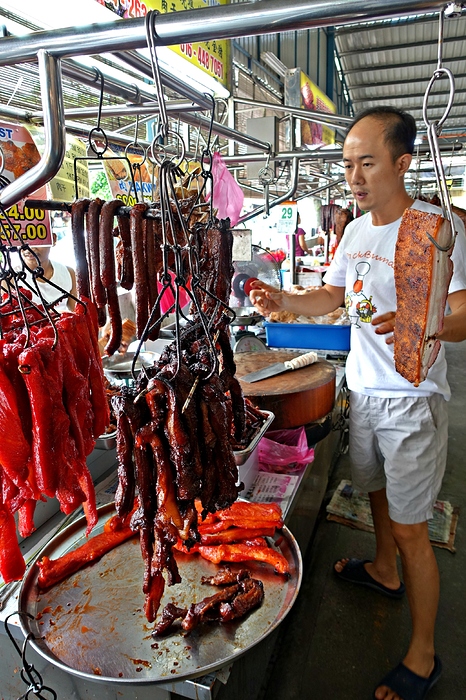 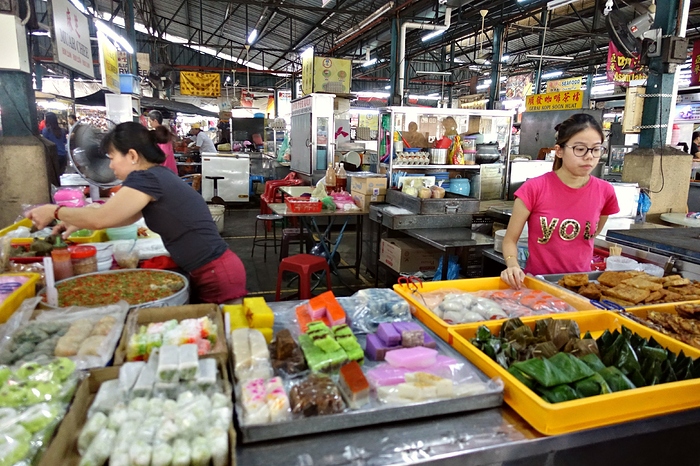 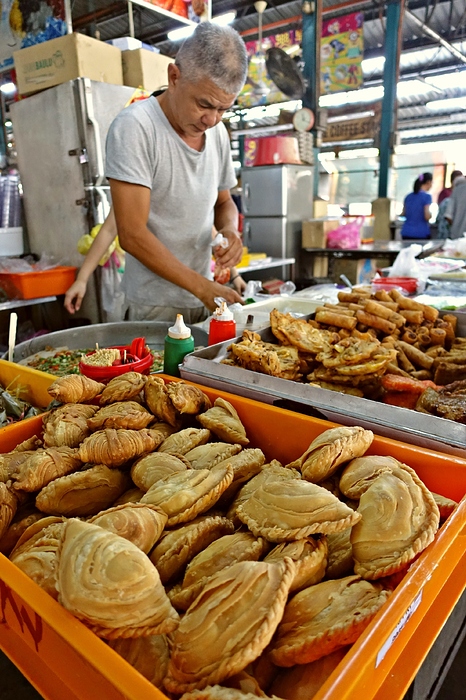 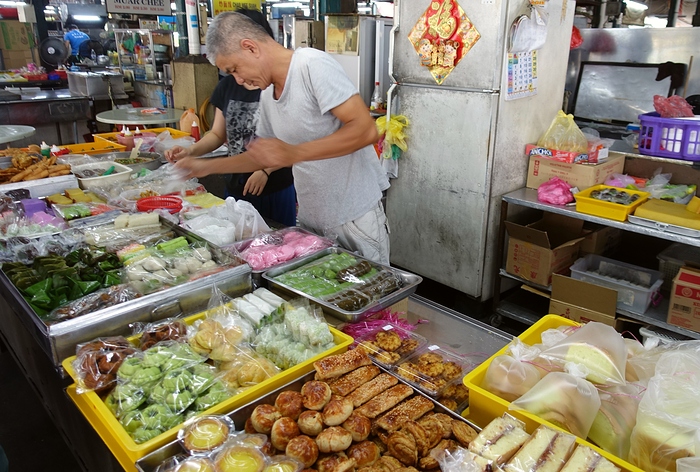 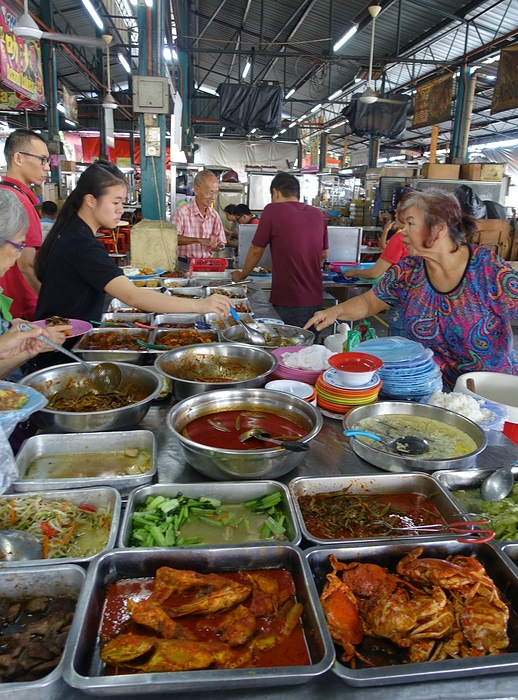 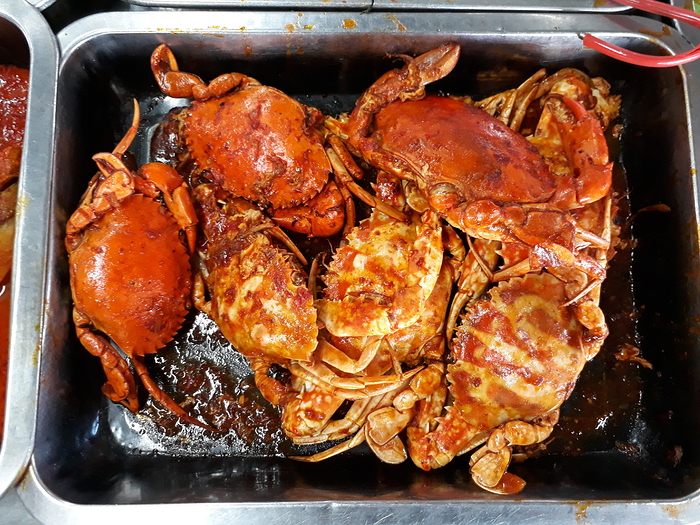 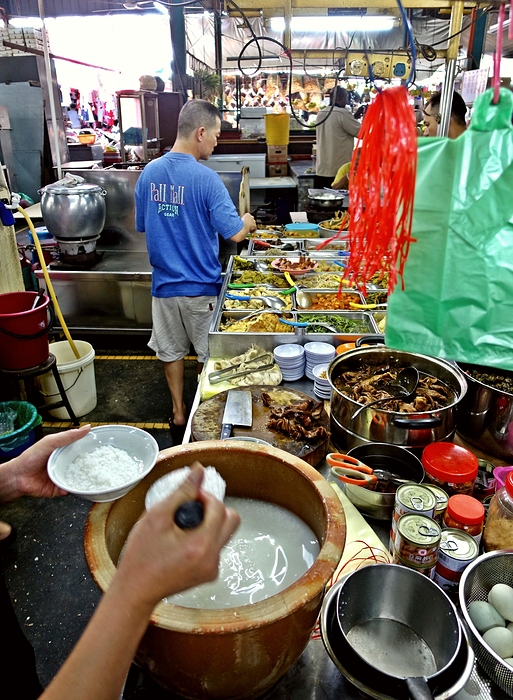 Cecil Street Market opens throughout the day, but the best time is probably between 9am and 12 noon, when most of the stalls are operating at full steam, but the peak breakfast and lunch crowds are not present.

Peter, your pictures are some of the best I have seen on this board and other food type websites. What camera or phone do you use? Very nice photo composition as well.

Thanks, KTLA - I use a small nifty camera: the Sony RX100 III - something I can slip into my jacket pocket and bring into a fine dining restaurant unobtrusively.

I have the same camera, and although for some reason I don’t take it out when dining very often it’s a very capable camera. It’s perfectly pocket sized.

Back to Cecil Street Market with some visiting friends from Kuala Lumpur. As always, the koay teow thng and Chinese pasembur never fail - both renditions here are among the best in Penang: 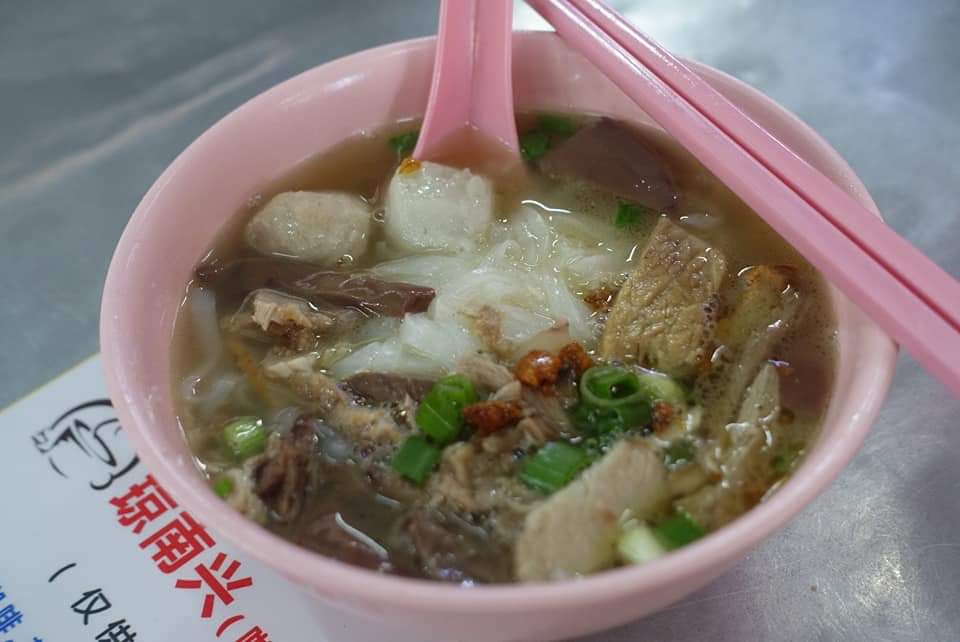 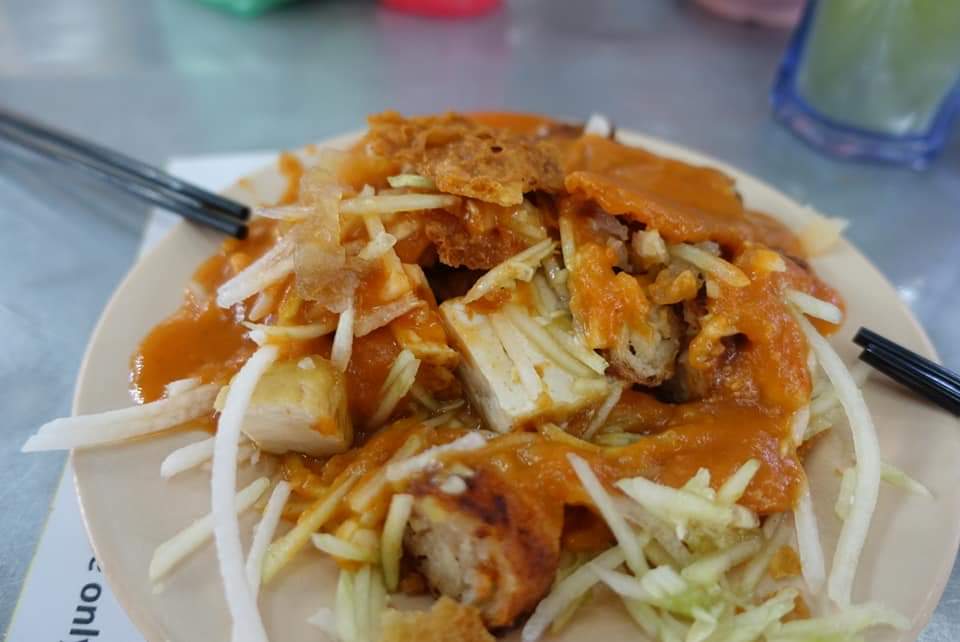 Back to Cecil Street Market for breakfast this morning. 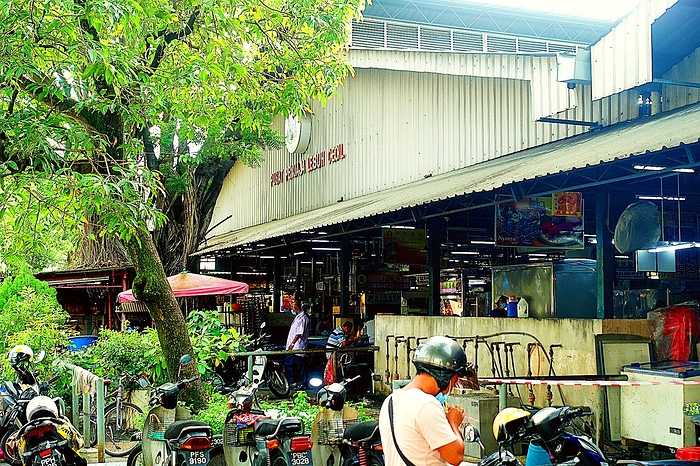 Lum Lai’s duck-meat “koay teow th’ng” is a must-not-miss for me. Still the best in the universe. 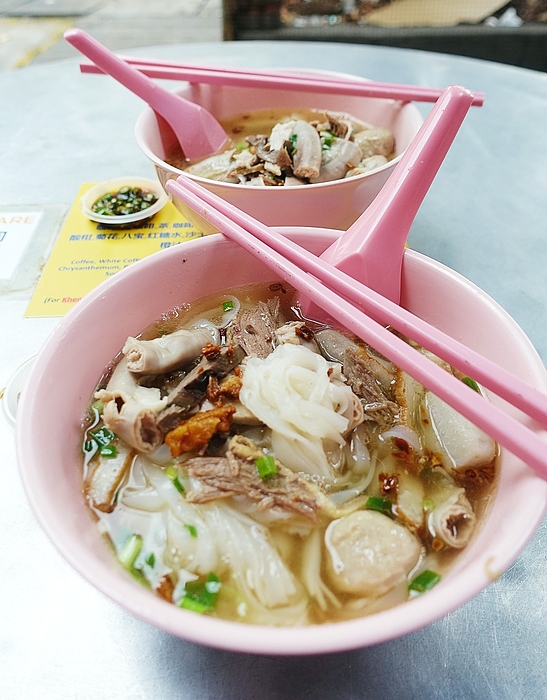 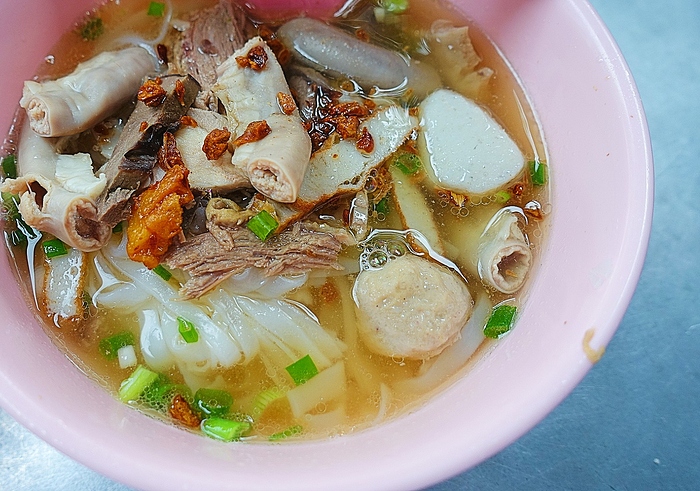 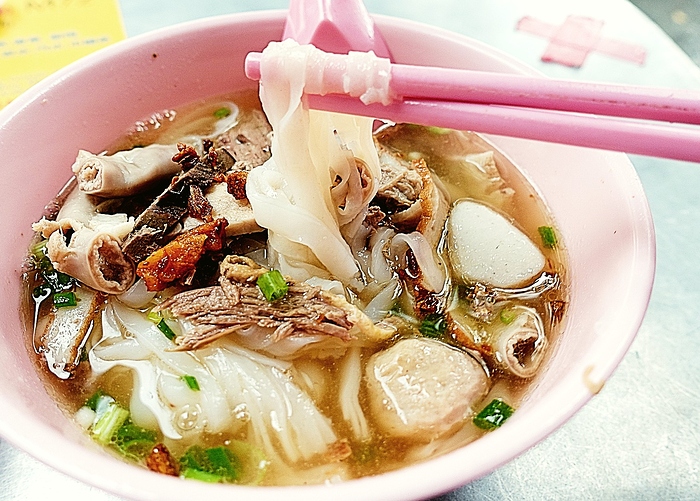 The Chinese nasi lemak there also deserved a special mention - drenched in a sweet-spicy sauce redolent of chili-lemongrass-tamarind, it’s my favourite kind of nasi lemak in the whole world, and only could be found in Penang. The one here is as good as any. 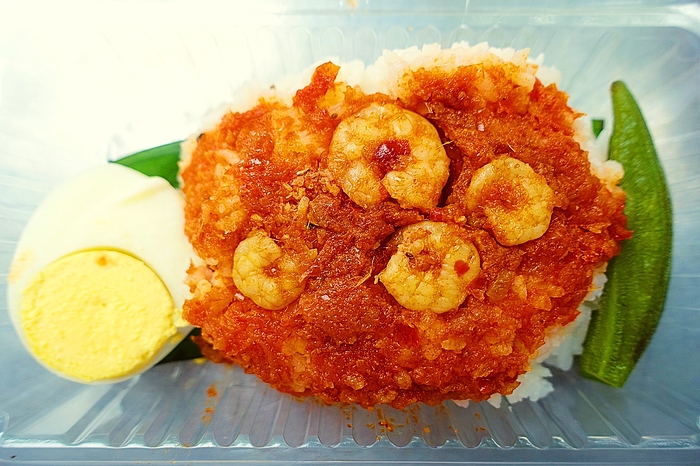 Nice soup, but without the intestines for me (texture aversion).
Interesting flavours in the Chinese nasi lemak.

Yes, and this particular genre of Penang-Chinese nasi lemak also differs from Penang-Nyonya nasi lemak, which does not have any gravy slathered over it.

Instead, the fragrant coconut milk-infused rice, scented with pandanus leaves, is served with fried fish and shell-on prawns which have been marinated in tamarind juice, giving them a Cajun-like “blackened” appearance, and a tangy flavour. A dollop of must-have, ultra-spicy sambal belacan will be served on the side.

The best-known Penang-Nyonya nasi lemak can be had at Jin Hoe in Pulau Tikus. To get any better, you’d need to cook it at home yourself.

The nasi lemak stall at Jin Hoe is a Pulau Tikus breakfast icon since the mid-80s. It’s currently run by the younger Mr Lee, whose grandmother started the business. The late elder Lee, Johnnie, was also a Pulau Tikus personality of sorts and who made Jin Hoe nasi lemak into the household name it is today. [image] [image] Jin Hoe’s nasi lemak is the Penang-Nyonya style: very rich coconut milk-infused nasi lemak, accompanied by assam/tamarind-marinated fried fish and shell-on shrimps, some sli…

Peter, I had a nasi lemak sold at the ICC Pudu center in KL last week.

Had curried pork skin as one of the ‘toppings’. Pronounced lemongrass flavor. Quite nice. Not sure if this is considered Chinese Nasi Lemak, but a nice change from the ones I typically enjoy here.

Had curried pork skin as one of the ‘toppings’.

Oh yes, I know Ann’s Nasi Lemak - hers was one of my destination stalls at the now-defunct Bukit Bintang Market, before the stallholders were all being moved to ICC Pudu back in April 2016. The Nasi Lemak here is definitely Chinese-style, but still very different from Penang’s, which is sweeter and less spicy:

The KL City Hall has relocated the famous Bukit Bintang/Imbi Market hawkers to the new ICC Pudu building, next to Pudu Plaza, as at end-April 2016. The new ICC in Pudu - like the Death Star in Star Wars Episode 4, it looked like it’s still under construction, but is in fact fully operational! [image] Ann’s Nasi Lemak, with its famous curried pig’s skin and pork curry. Her rice did not taste as rich as those from Madam Kwan or even Sakura, but costs only a fraction of the price at the other…