The Shark is currently George Town’s hottest spot for Penang street food at breakfast and lunch-times. Most the food stalls lining the periphery of the food-court open for business by 8am, and would close for the day at 3pm. In the evenings, a different set of stalls start operating - I’d not tried those ones yet.

The Shark used to be relatively quiet, as compared to the noisy, popular coffeeshops up the road near Pulau Tikus Market, especially Foodyard 77 and Swee Kong on Moulmein Close. But the recent closure of Hai Beng, a small but popular coffeeshop on the corner of Burmah Road and Jones Road, and the subsequent move by its hawkers into The Shark has suddenly transformed an erstwhile overlooked food-court into a perpetually packed and busy one…

We made a couple of trips there in the past week, to check out their offerings, and the street food there generally are above average, though none are excellent, or the best of its genre, in town. What we had:

8)Bubur cha cha and huan choo th’ng - the traditional Chinese dessert stall offered two types of sweet potato-taro-cassava desserts: bubur cha cha where the root vegetables were served in a coconut milk-palm sugar broth, and the huan choo th’ng where it came in a sweet-gingery broth. Both were above average, by commercial standards, and definitely worth trying. 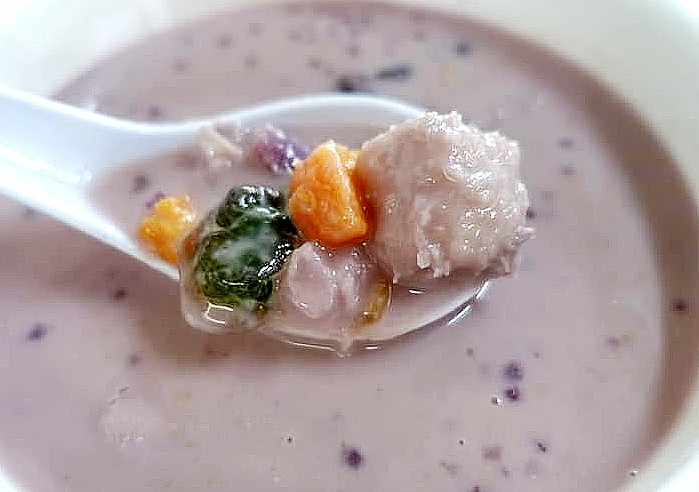 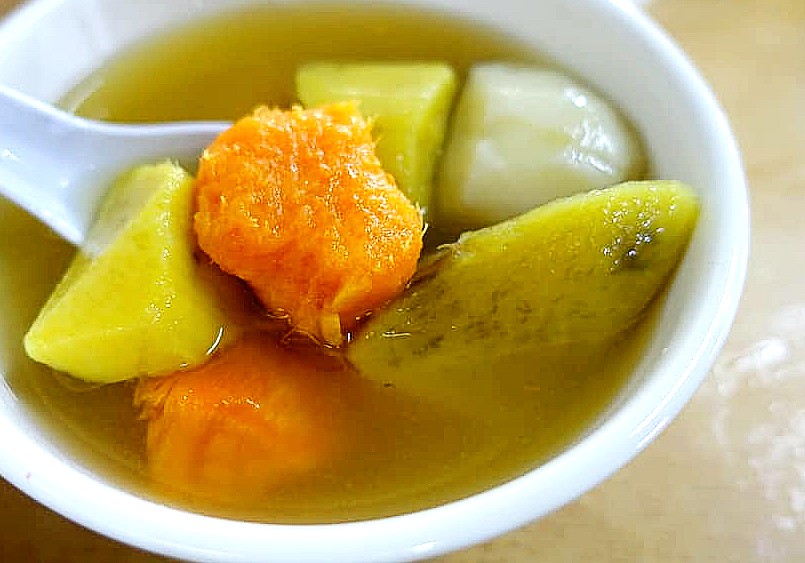 The Shark still has the “novelty” factor at the moment, so it gets pretty crowded on weekends, and not recommended in view of the on-going COVID social distancing requirements, and lesser tables put on premises by the operators in order to ensure the requisite distance between tables.
On weekdays, come after 9am if one wants to avoid the office breakfast crowd. 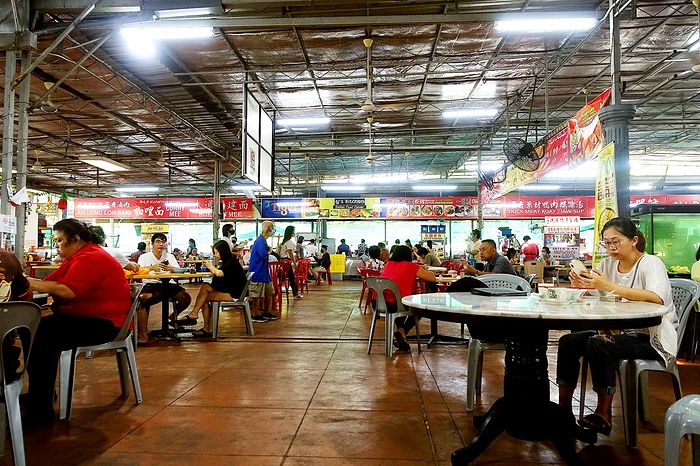 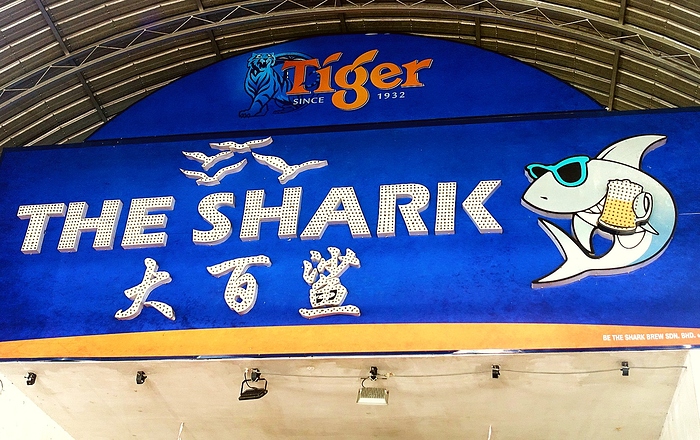 I could eat noodles and soup all day there. (At home I can eat bread all day, too.)

The Cantonese in Penang have been here so long, they seemed to have become “Hokkien-ised”.

But, seriously, I think the number/percentage of Cantonese in Penang is too low for us to be able to find really good Cantonese fare here. But just take a 2-hour drive to Ipoh, or a 3.5-hour drive to Kuala Lumpur, and you’ll found much, much better Cantonese fare in those two cities, where every Chinese person you see speaks Cantonese. 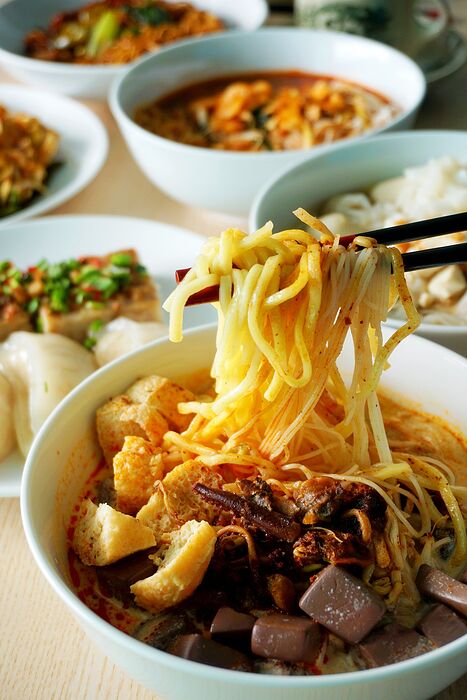 In Penang, koay teow th’ng vendors are divided into 3 genres: the ones using pork (e.g. One Corner Cafe), the ones specializing in duck-meat (e.g. Cecil Street Market), and the rarest ones which used chicken-meat.

What is unique about the vendor here at The Shark is that he offered all three types: pork, duck and chicken! We surmised that his very tasty broth was slow-brewed, most likely overnight, using pork bones, chicken and duck. The broth has deep, smoky flavors - perhaps from the pork bones being roasted, before simmering. 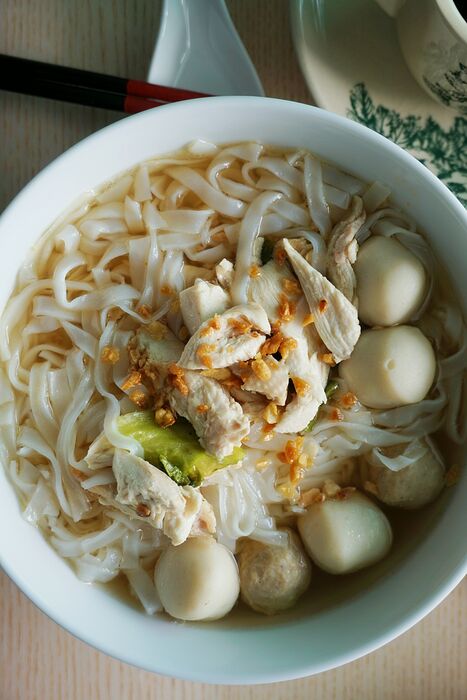 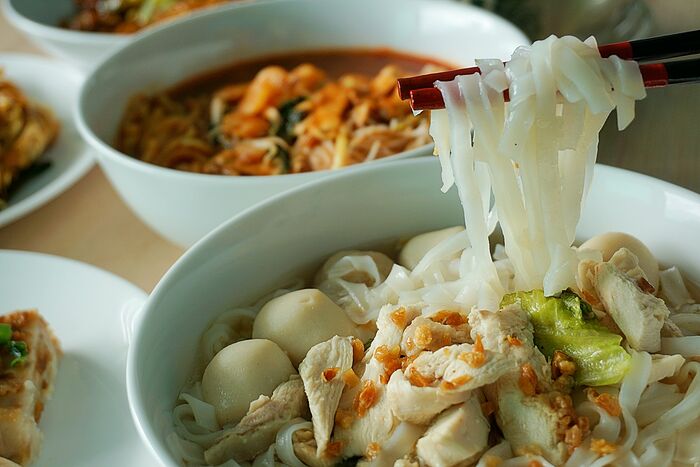 But still, char koay teow one finds anywhere in Penang is still much better than what one can get in Singapore, KL or anywhere else in Malaysia. The Penangites never douse their fried noodles with heavy sauces or made the dish too greasy or gluggy (like what happens in Singapore or KL). 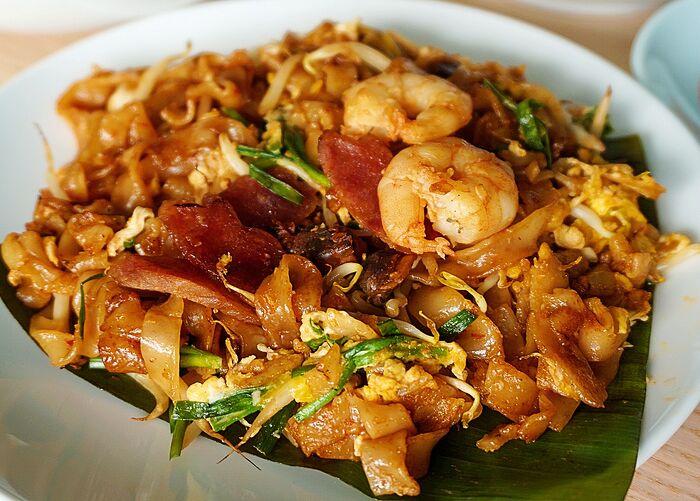 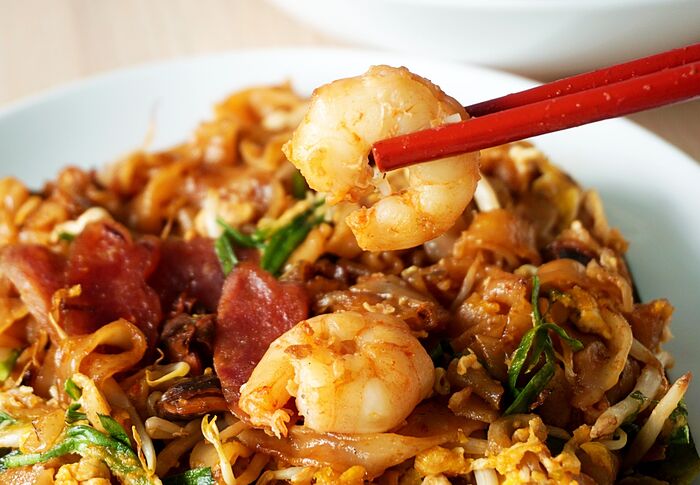 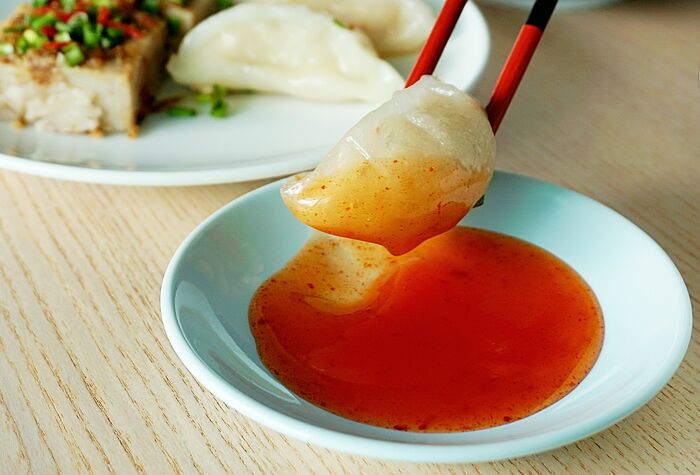 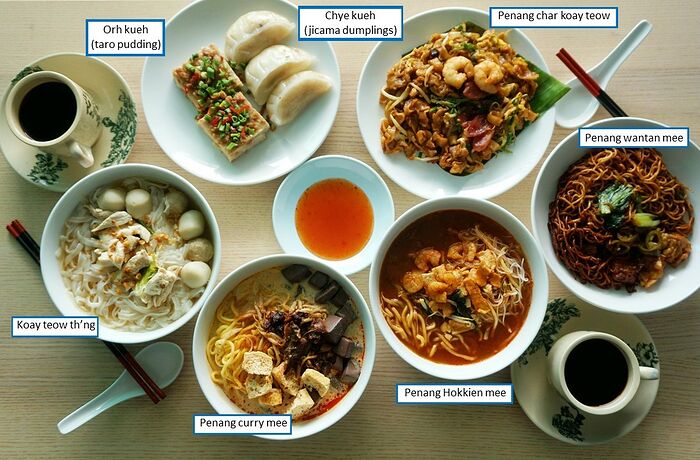 Back at The Shark this morning, as some friends saw my previous day’s post and wanted to catch up for Saturday brunch.

Having exhausted all the noodle options there just the day before, I opted for the breakfast fry-up this morning:
Pork sausage, ham, bacon, hash brown & scrambled eggs, with toast 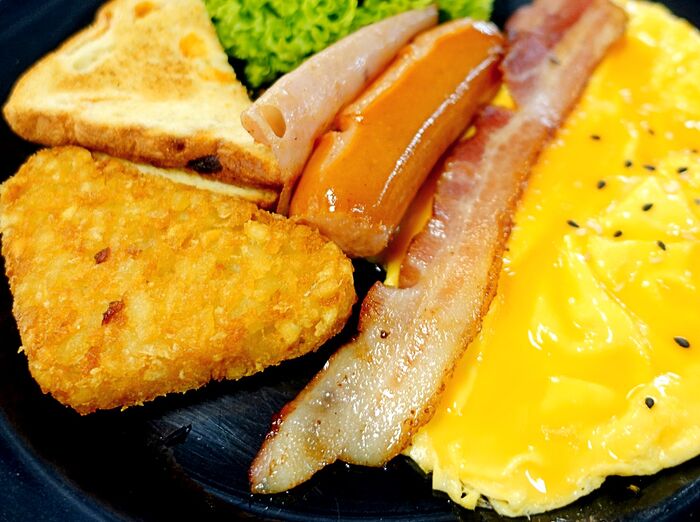 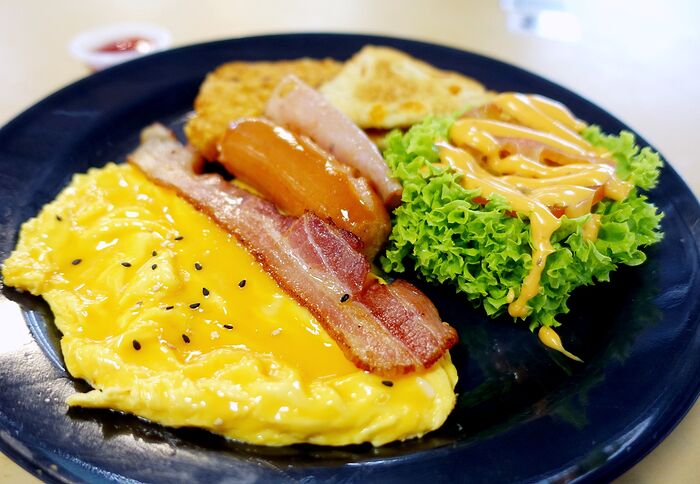 The dessert stall there is quite well-regarded and offers about 5 or 6 different local desserts soups each day. We tried two of those today:
Bubur cha cha - a selection of tubers: cassava, sweet potato, yam & taro, plus pink-tinted sago jelly, cooked in coconut milk, scented with pandan leaves and sweetened with palm sugar. 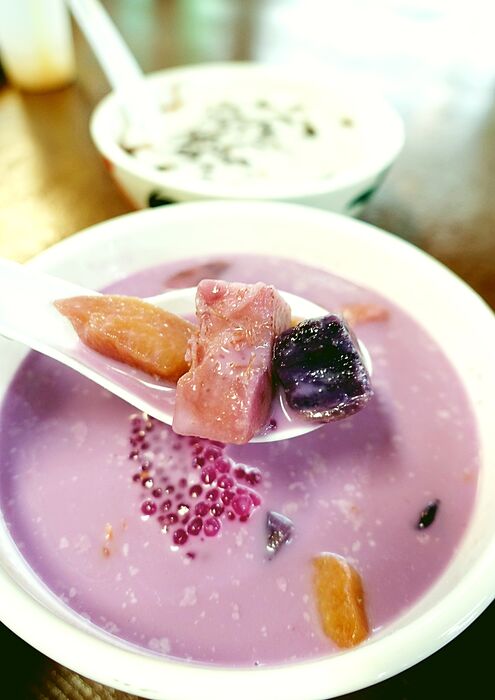 Bee koh moy - this dessert is called pulut hitam in Singapore and khao niew dam in Thailand. Essentially, a sweet gruel made from boiling black glutinous rice, sweetened with sugar and dried longans, and drizzled with fresh coconut milk before serving. 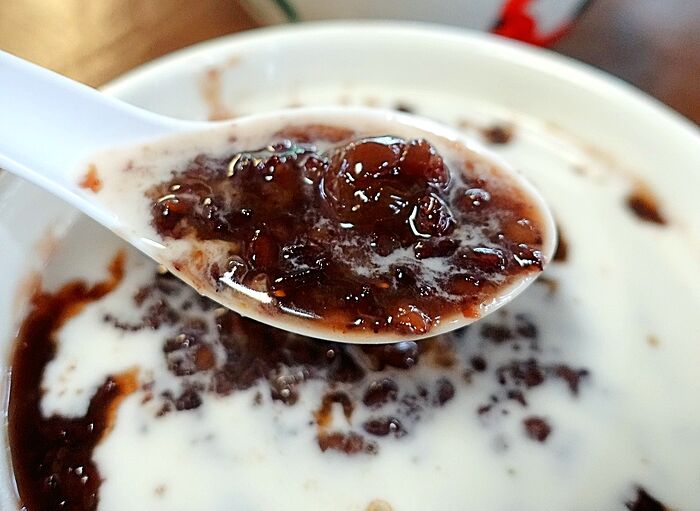