Barely three-week-old Kafka, the latest brainchild by ex-Secawan on Hutton Lane co-owner, S. Kishen, is fast drawing in the breakfast crowds in George Town. Located in a re-purposed 1960s bungalow, one block away from sea-fronting Gurney Drive, the place exudes the laidback, casual beach atmosphere which tropical islanders in places like Penang, Bali or Hawaii seem to revel in. 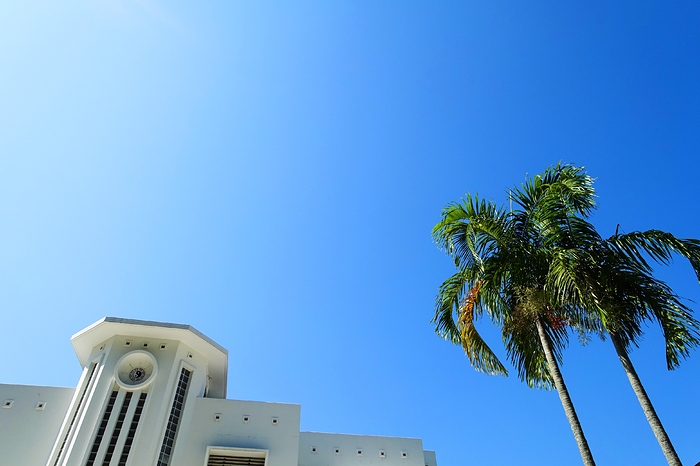 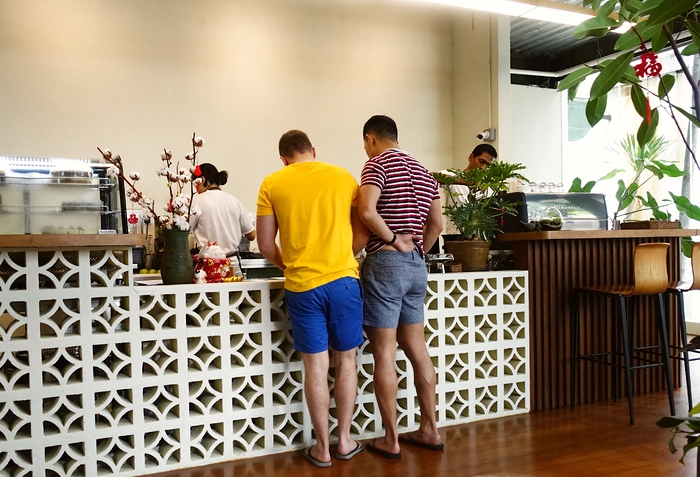 A beautiful abundance of green foliage filled the bright, sunny dining rooms, a collaborative effort between co-owner, Kishen, and the folks from Lunabar Coffee down at Clove Hall Road, where it’s known as much for its specialty blends of good coffee, as for its amazing collection of fresh green plants, ferns, cacti and tropical palms. 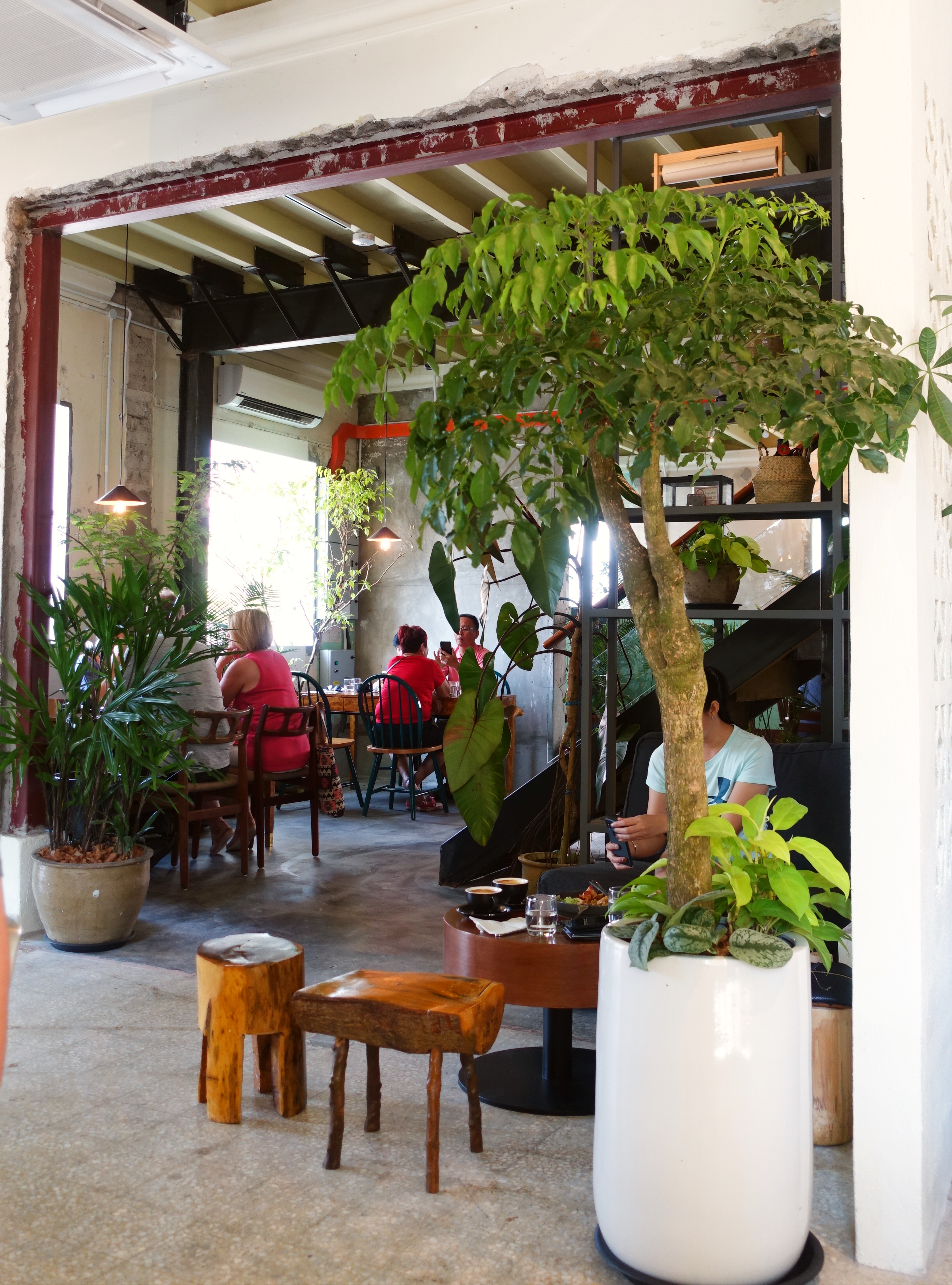 What we ordered for breakfast this morning: 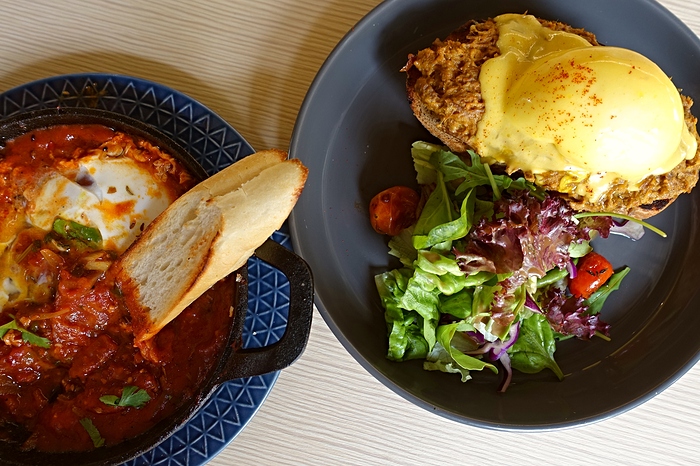 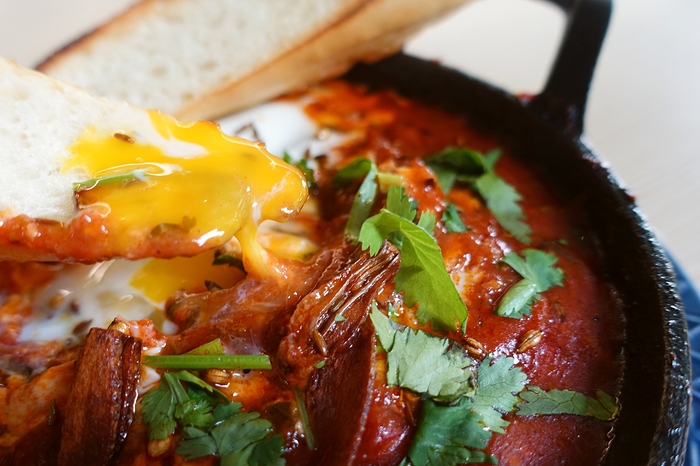 Coffees - we tried the house blend long black and flat white were good - strong and aromatic. 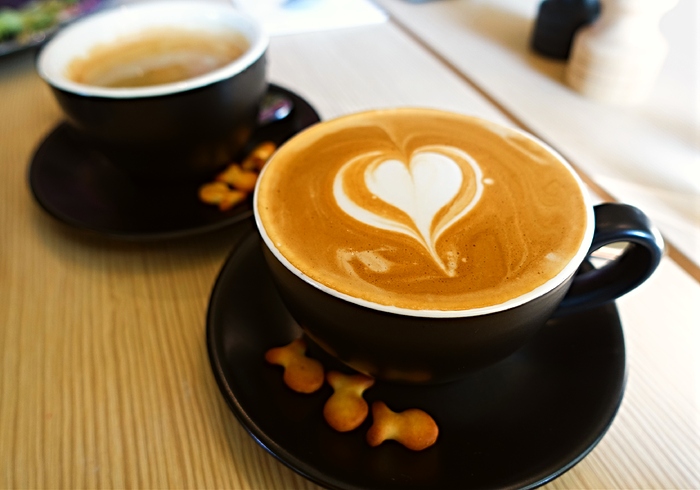 Lunch and dinner menus offer some interesting salads, pasta and fish/chicken dishes which we’d need to come back and explore.

A lot of eggs in this breakfast.

I wonder if this is an inspiration of the omelette of Mère Poulard of Mont Saint Michel. We had it back in 2014, I remembered it was more eggy maybe compared to yours, I would say. 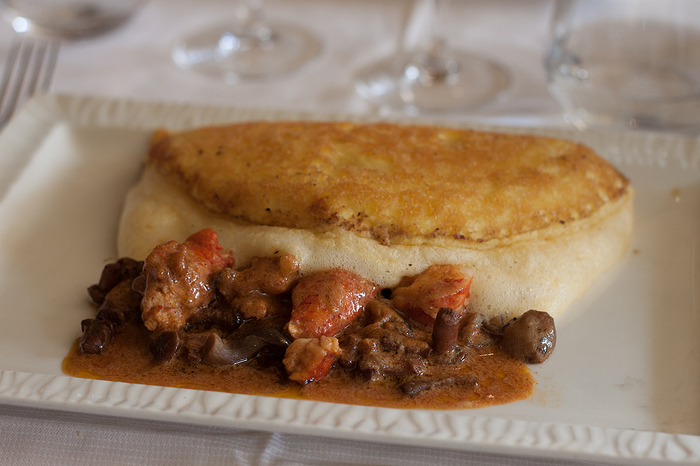 Is that a lobster/mushroom accompaniment on the side? Drool!

Mère Poulard never really revealed her recipe, but one believes it has whipped egg white with cream, mixing with the yolk and cheese etc.

I have to say as much as I liked it in the restaurant, I like a normal omelette more, it’s more substantial.

whipped egg white with cream, mixing with the yolk and cheese etc.

Thye’d need to beat the egg-whites till stiff before folding in the cream carefully, ensuring the air whipped in was retained.