Penang’s Hokkien mee originated from the “spring noodles” of Fujian province, China. However, whilst the original in Fujian gets its reddish hue from parboiling shrimp-heads and shrimp shells, the Penang version gets its colour (and some heat) from pureed chilli.

One of Penang’s best-known Hokkien noodle spot is located at the Presgrave Street Hawker Centre which only opens in the evenings (after 5.30pm). Presgrave Street is known in the local Penang Hokkien dialect as “Sar Tiau Lor” (Third Street). 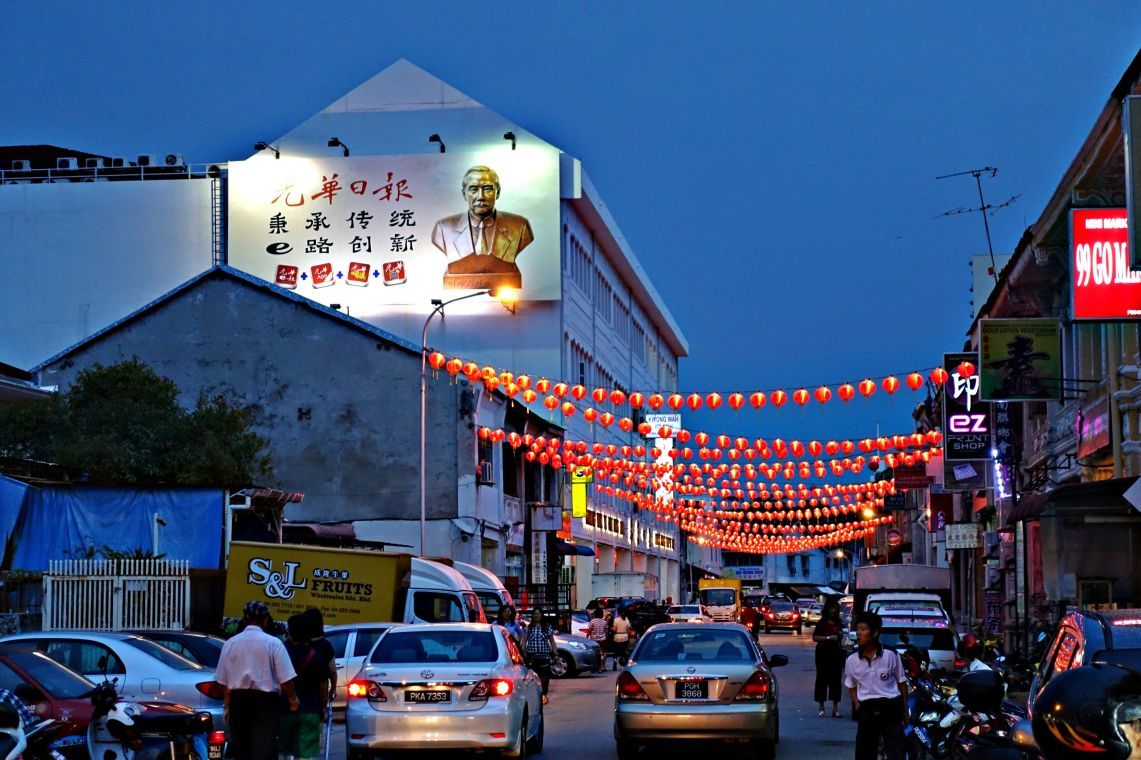 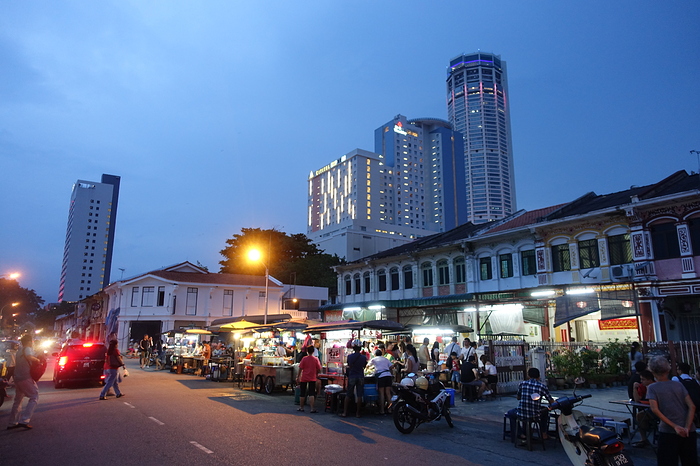 There’ll be a constant queue at the Hokkien mee stall - you won’t miss it. The noodle stock is spicy and savoury-sweet (most Hokkien mee vendors add rock sugar into their soup stock during the boiling process). Noodles - usually a mix of yellow Hokkien noodles, thin “bee hoon” rice noodles and blanched beansprouts - are added and topped with thinly-slivered pork slices, shrimps, a few slices of hard-boiled egg and a sprinkling of golden-fried shallots: very simple, rustic fare which betrays its peasant roots. 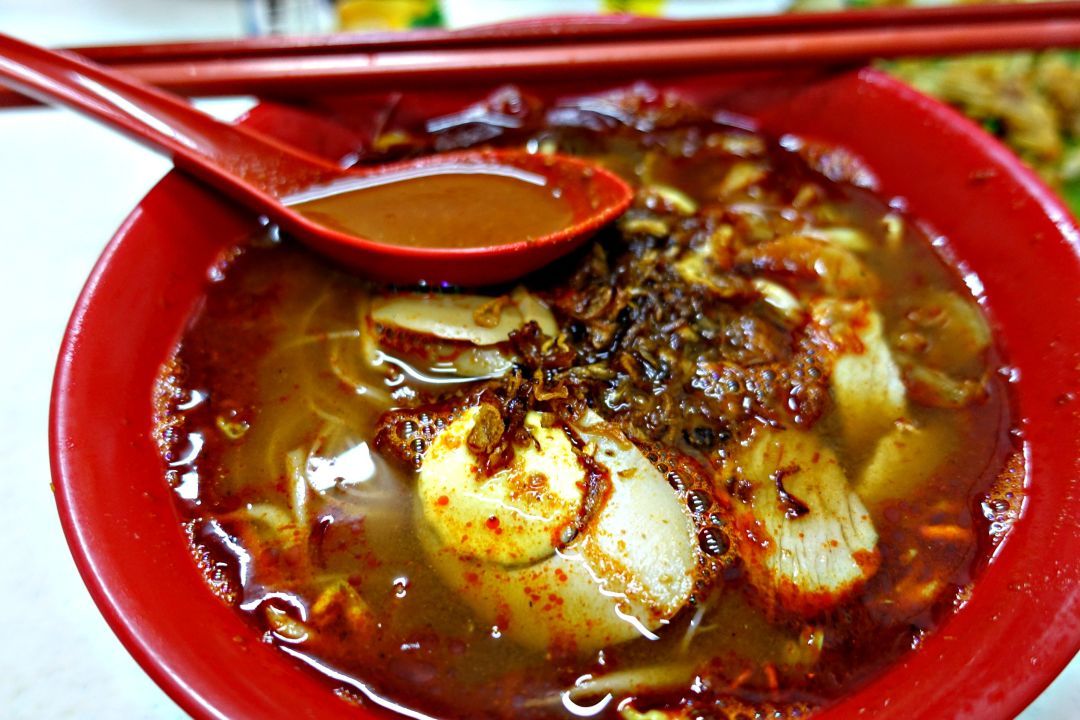 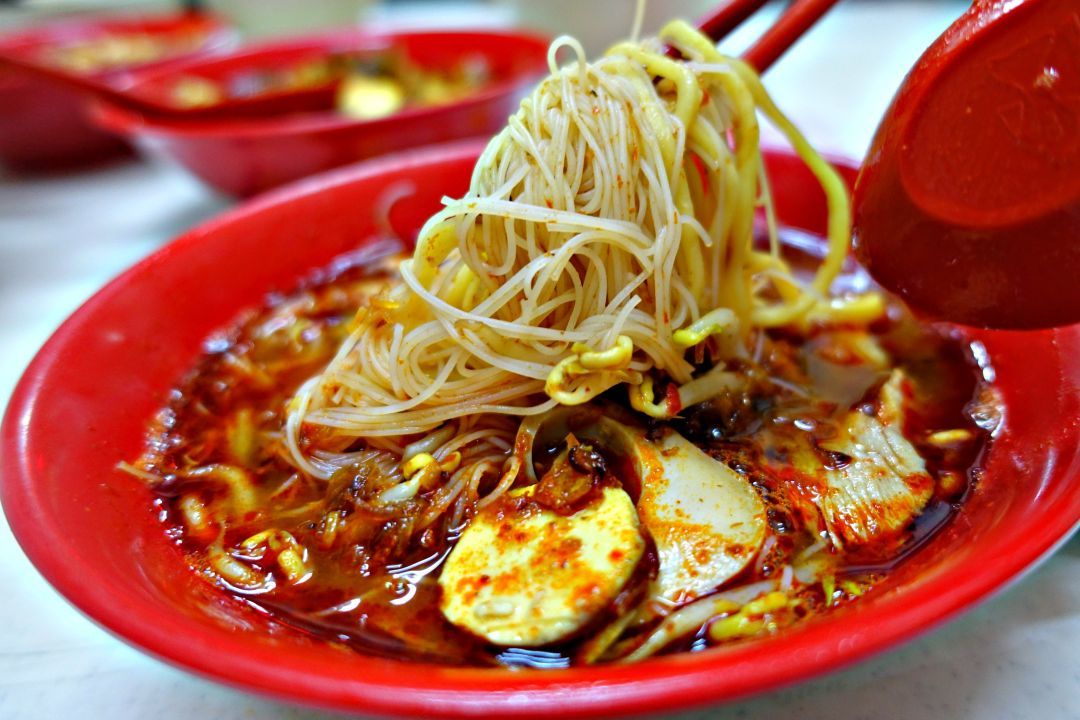 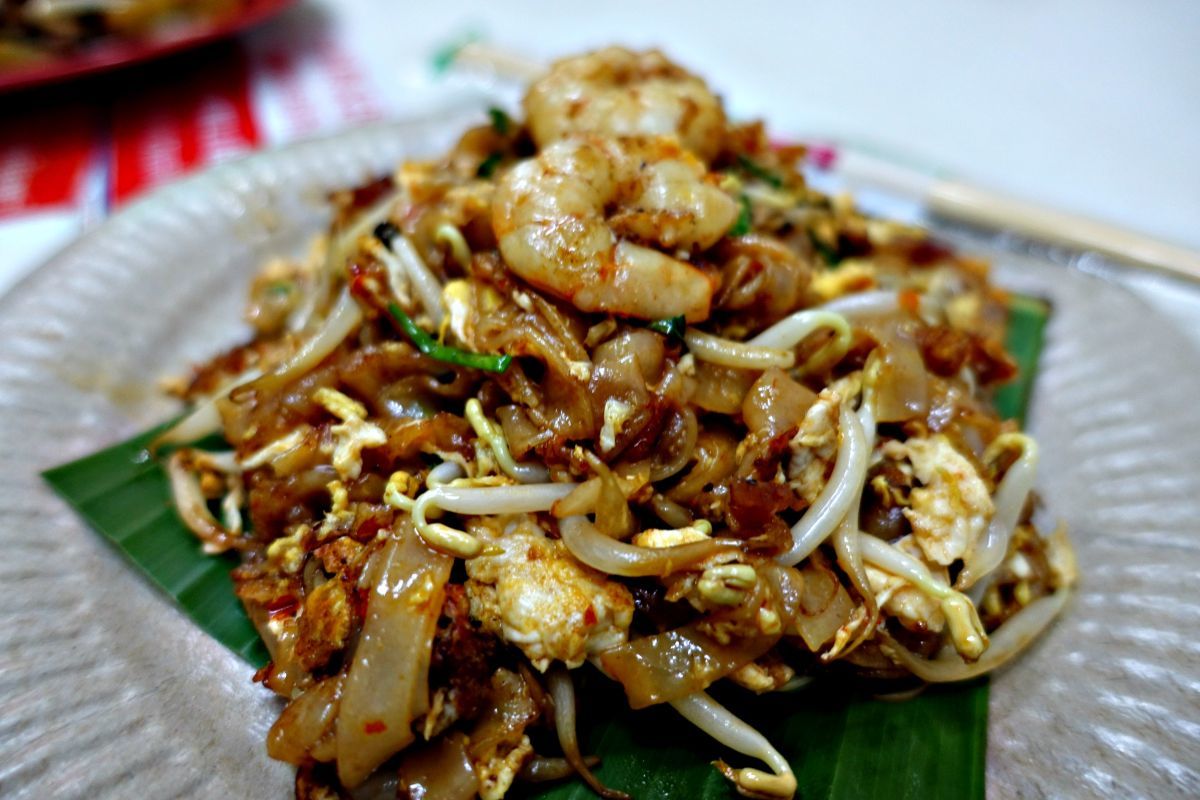 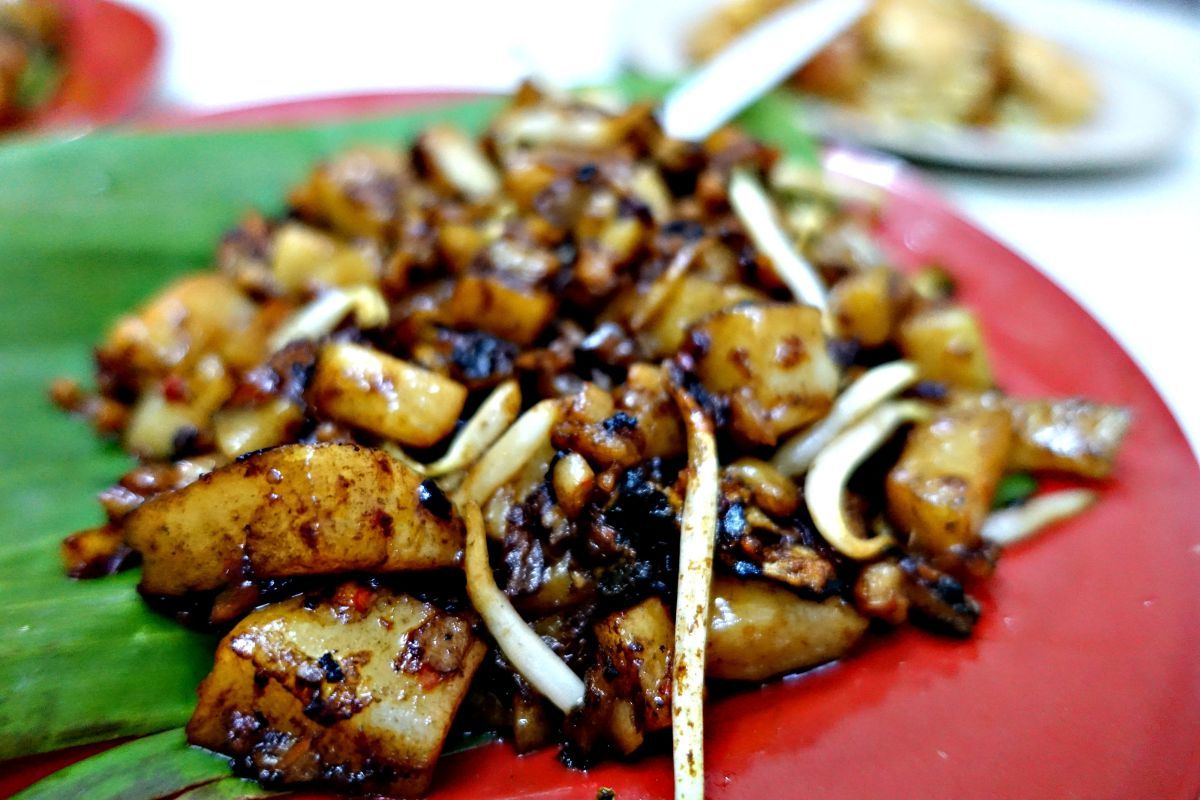 Penang-style wantan noodles, which is pretty different from the excellent Cantonese ones that I find in Kuala Lumpur, or the subtle soupy ones in Hong Kong. The Penang wantan noodles have very good “sui kow” (pork-shrimp dumplings) but pretty wonky “char-siu” - tinted red and no caramelisation - different from KL/HK versions but similar to Singapore ones. I think both Penang and Singapore are mainly Hokkien-Teochew, so their cooking styles reflect those dialect groups’ practice. The Penang version is served with pickled green chili. 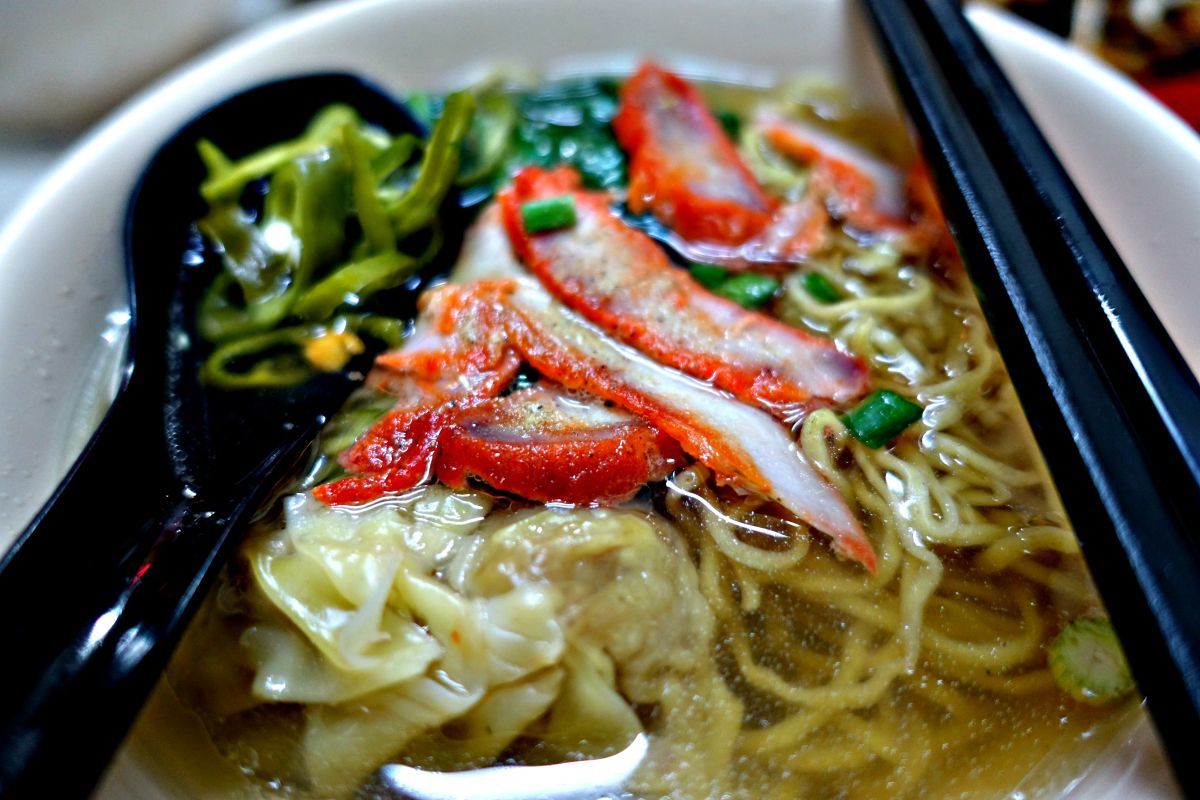 There is also a very famous “lor bak” (variety of deep-fried morsels: pork roll, shrimp fritters, tofu, etc.) stall located at the same hawker centre, right behind the Hokkien mee stall. It was formerly from Ho Ping coffeeshop on Penang Road, but has moved here last year after a dispute between the lor bak seller and the Ho Ping coffeeshop owner. However, this stall wasn’t open yesterday evening when we were there - still on an extended break after the Chinese New Year (28/29 Jan) celebrations.

“Sar Tiau Lor” is part of George Town’s “Chit Tiau Lor” (7 Streets) district - an old inner city precinct of 7 parallel streets which used to be a working-class neighbourhood, but parts of which has gentrified these days, with dining gems sprinkled here and there.

Simply amazing pictures and food information. I salute you, sir!!!

Have to make a trip to Penang soon. It must be over 10 years since I last visited on a business trip.

Hope you make it to Penang soon.

You should definitely try come back to Penang. It was great to meet up with Peter, he has a wealth of local knowledge. I would never have come to this Hokkien mee stall if Peter hadn’t taken me. 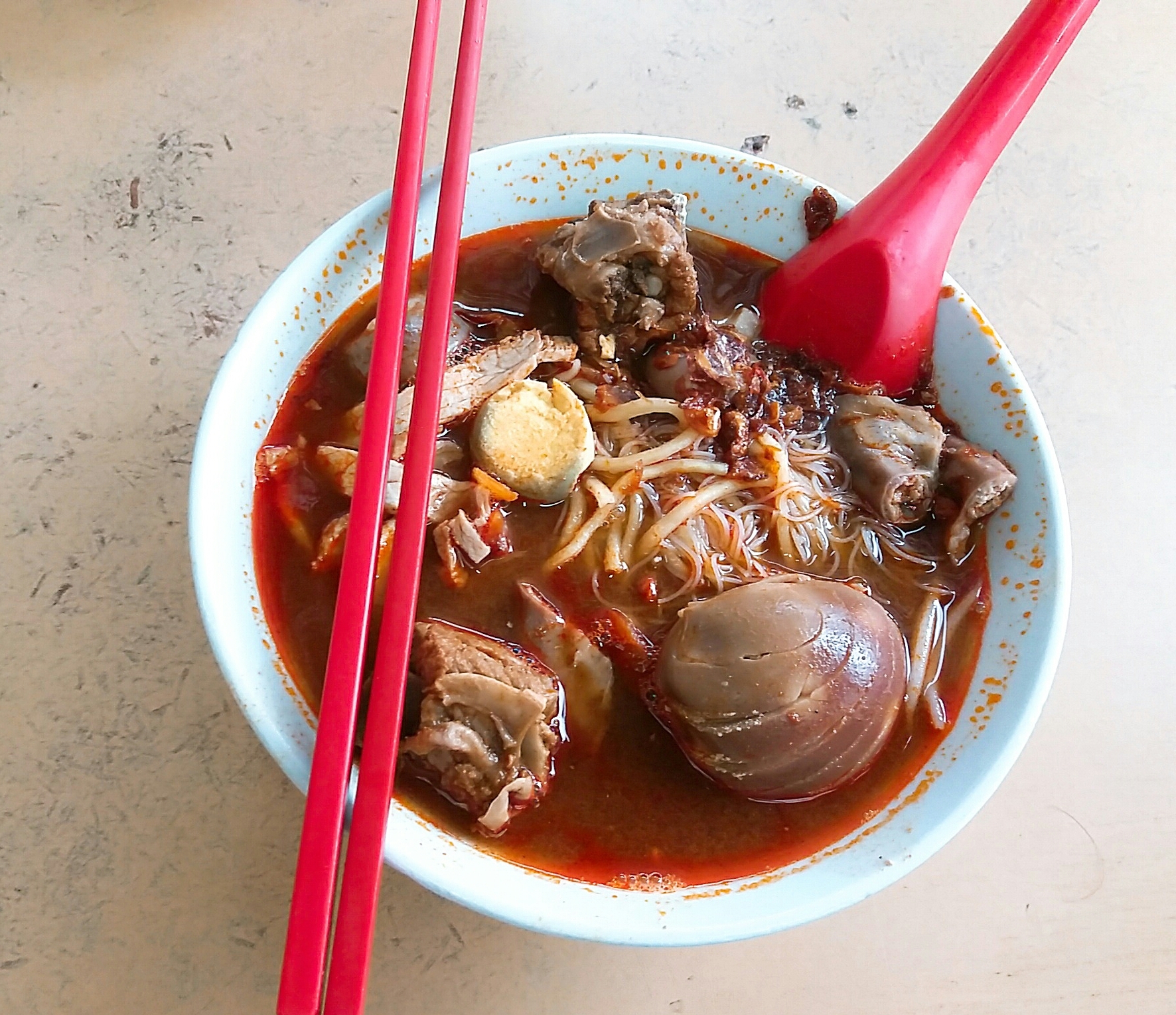 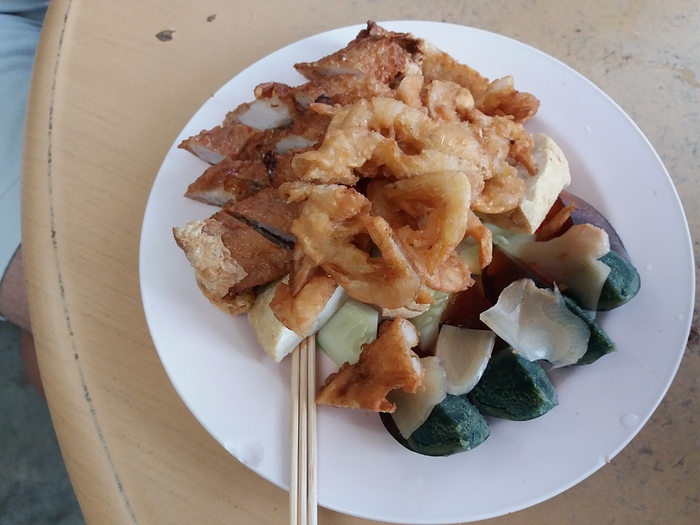 Peter must be retired and lives to travel and eat

Peter, where is your home base?