Bridge Street Prawn Noodles (known to Penangites as “Keo Thau Hokkien Mee”) has been operating for more than half a century, first at “Sia Boey”, the old Prangin Road Market, and subsequently at the current location about 10 years ago. It’s presently run by the 3rd-generation of the Lau family who started it. Bridge Street Prawn Noodles has been featured by CNN Travel’s Lina Goldberg in her “Great Asian Street Food Cities” series. 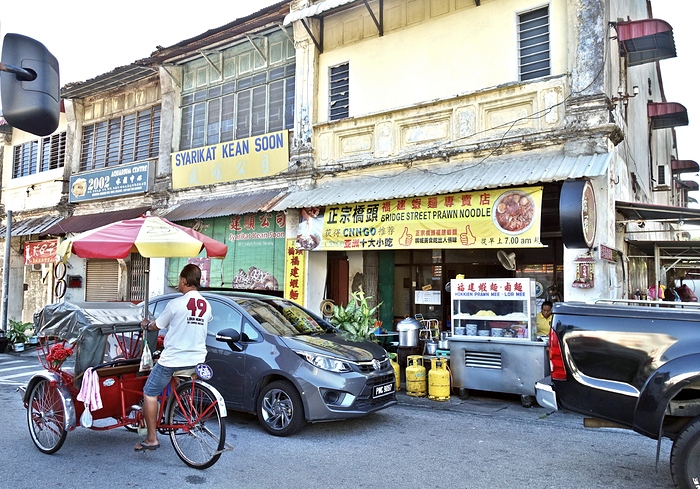 The origins of Penang-style Hokkien mee was detailed in another post ([Penang] Hokkien Mee at Presgrave Street (Sar Tiau Lor)). 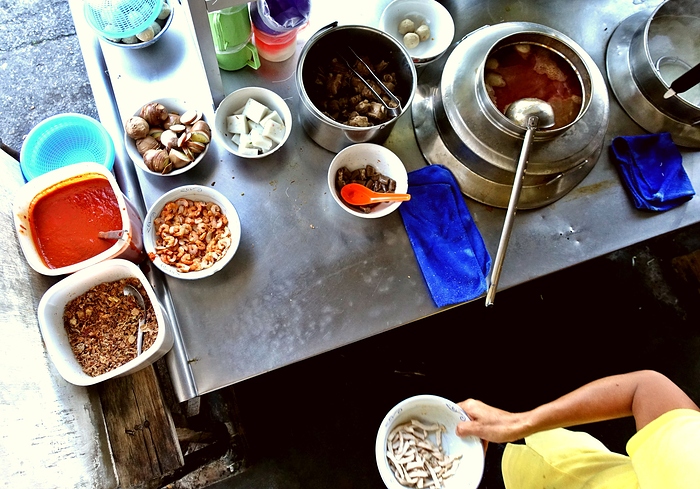 The version here has a lighter-flavoured pork-shrimp broth compared to other better-known spots in Penang, which can be too intense for non-Penangites. 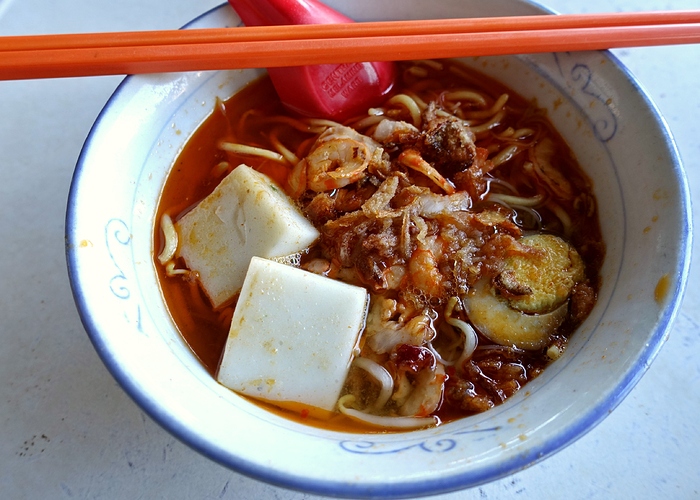 What I especially like about this spot is the wide variety of add-ons one can opt for: pork-ribs, pork meatballs & pig’s intestines, besides fishcakes, egg & good quality shrimp. 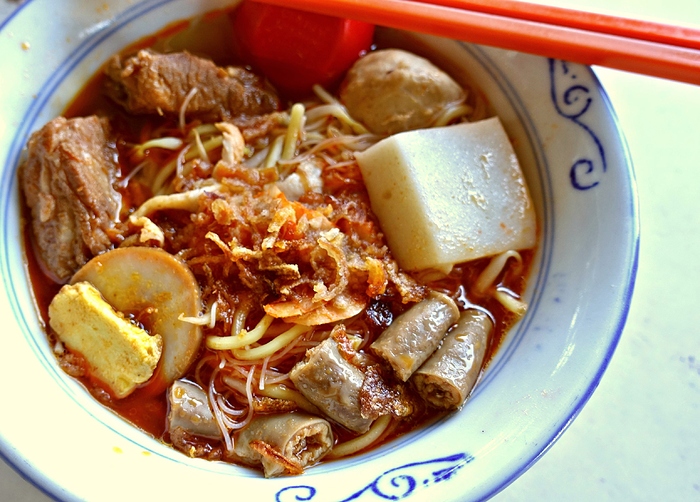 All three generations of the Lau family which started this business over 50 years ago are still actively involved in the business, even the octogenarian grandma, who could be seen sitting outside patiently deshelling the par-boiled shrimps. 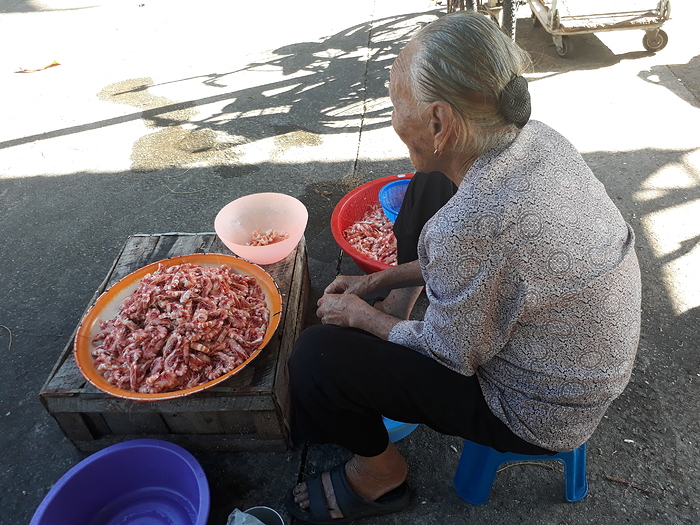 Lau Senior, who’d been running the business the past 20+ years, now spent his time in the back kitchen, preparing the huge vats of soup stock used for the noodles’ broth. His son mans the cooking station upfront, taking orders from customers and prepares the noodles a la minute in full view of the clientele. 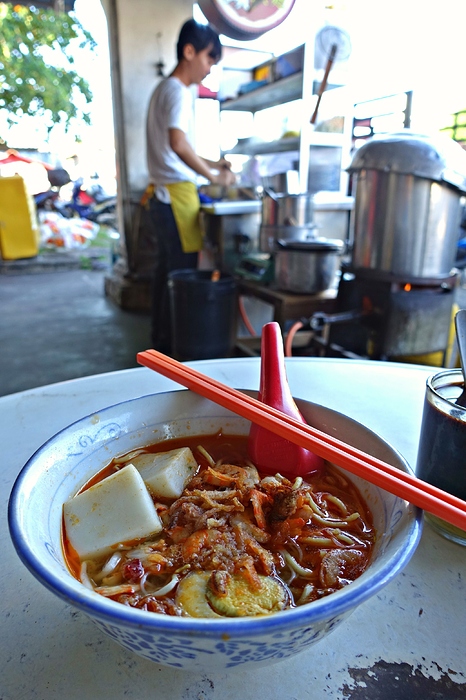 What kind of prawn do they use? Looks different from the regular farmed variety. Nice deep color.

What kind of prawn do they use? Looks different from the regular farmed variety. Nice deep color.

Those are a smaller variety of the local tiger prawns.